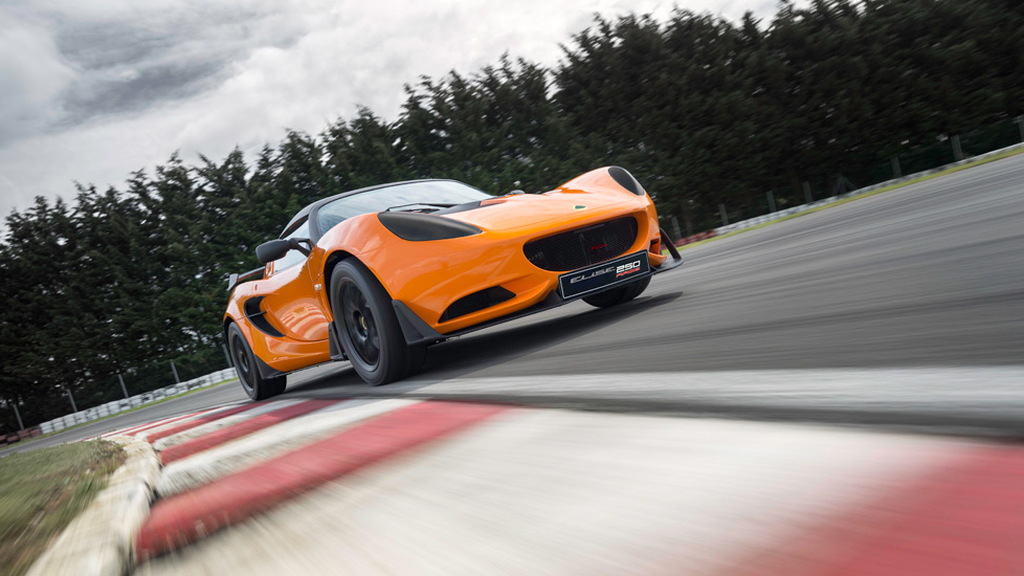 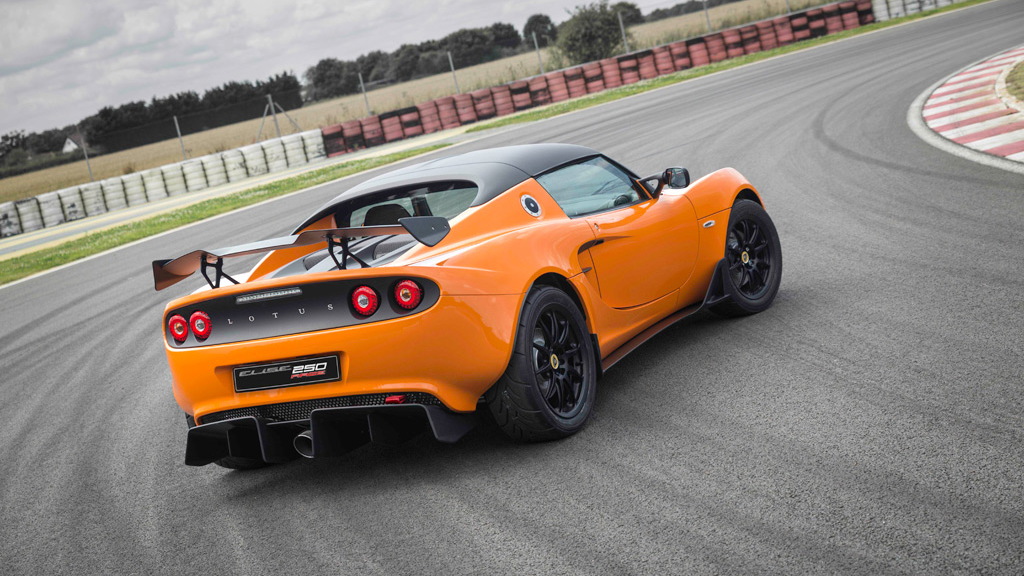 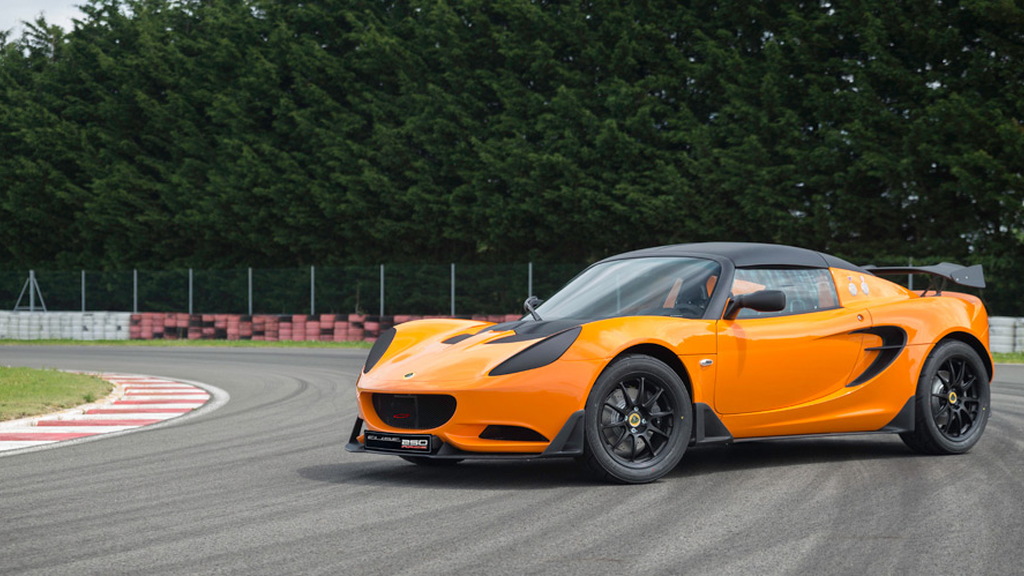 Lotus has unveiled what it claims is its fastest Elise yet.

The car is called the Elise Race 250 and as the name suggests this one’s designed for track use only.

That’s good as its track-only nature means Lotus can sell it in the United States, since track cars don’t have to meet all the regulations required for road use.

The Elise Race 250 features a similar specification to the road-going Elise Cup 250 unveiled in February (shown below). Power comes from the familiar supercharged 1.8-liter 4-cylinder, peaking at 243 horsepower and 184 pound-feet. The sole transmission is a 6-speed manual.

In a car that weighs under 2,000 pounds (the lightest version is 1,984 lb), this results in 0-60 mph acceleration in well under 4.0 seconds and a top speed approaching 155 mph. And in Lotus’ internal testing, the car lapped the company’s Hethel test track in 1:33.5, the fastest time ever set by an Elise at the 2.2-mile track.

The Elise Race 250 also benefits from numerous features that make it pretty much ready to race. The list includes an FIA compliant front roll-cage and carbon fiber race seat with harness; polycarbonate rear windscreen; adjustable dampers; AP Racing brakes up front and Brembos at the rear; and forged alloys shod with Yokohama tires.

“Lotus was established to build race cars and with 68 years’ experience, no one knows more about extracting the best performance possible,” Lotus CEO Jean-Marc Gales said in a statement. “The Elise Race 250 is the fastest, most focused Elise we’ve ever produced and, judging by what it’s capable of on track, it looks set to become a favorite with our racers around the world.”

The Elise Race 250 will be available later this year with prices starting at $76,200. Should you require something more extreme, Lotus also offers here in the U.S. its Exige V6 Cup R, Evora GT4 and the extreme 3-Eleven.