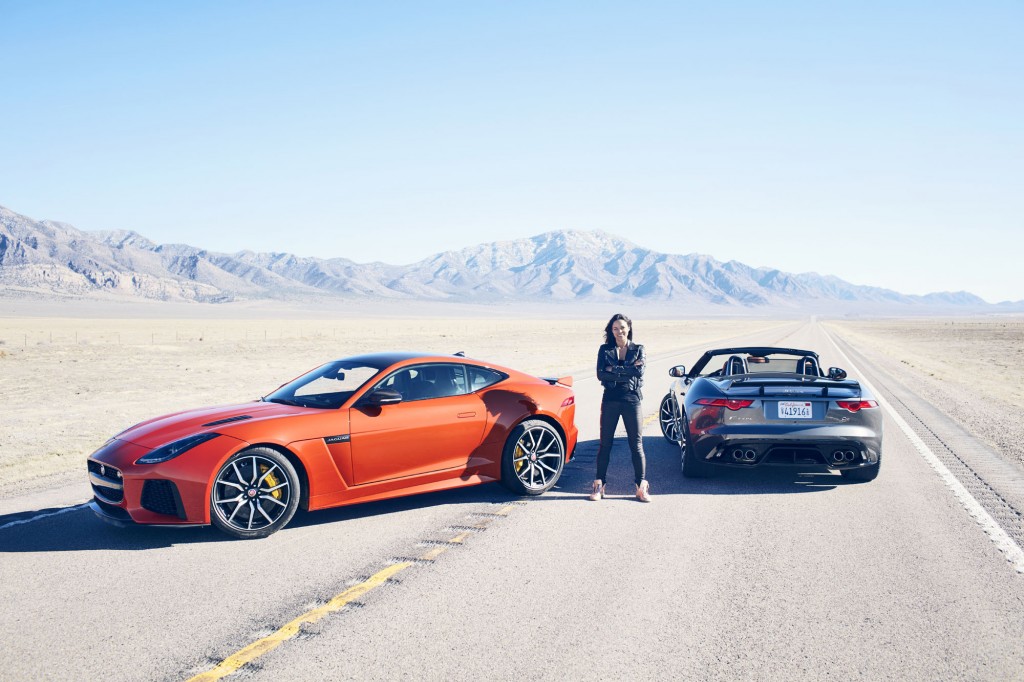 Jaguar said when it unveiled its new F-Type SVR that the coupe could hit 200 mph, but Fast and Furious actress Michelle Rodriguez proved them wrong.

In her hands, the F-Type SVR topped out at 201 mph, which was both the fastest the coupe has driven and the highest top speed she has achieved on her own. Previously, she says in the video, her personal top speed record was about 140 mph.

Rodriguez and a professional driver riding shotgun took the orange coupe up past the magic 200-mph mark on a closed Nevada highway.

While Rodriguez has a lengthy Hollywood resume, she is probably best known to car enthusiasts for her role as Leticia "Letty" Ortiz in the Fast and the Furious franchise, and she'll reprise the role in the Furious 8 installment that's being filmed right now.

Although we don't recommend you try to top Rodriguez's run, you'll soon be able to do so. Jaguar confirmed earlier this week that the F-Type SVR will sticker for $125,950 when it goes on sale in the next few months.

The 575-horsepower sports car will also be available as a convertible for those more inclined to soak up the sun while driving along at triple-digit speeds.