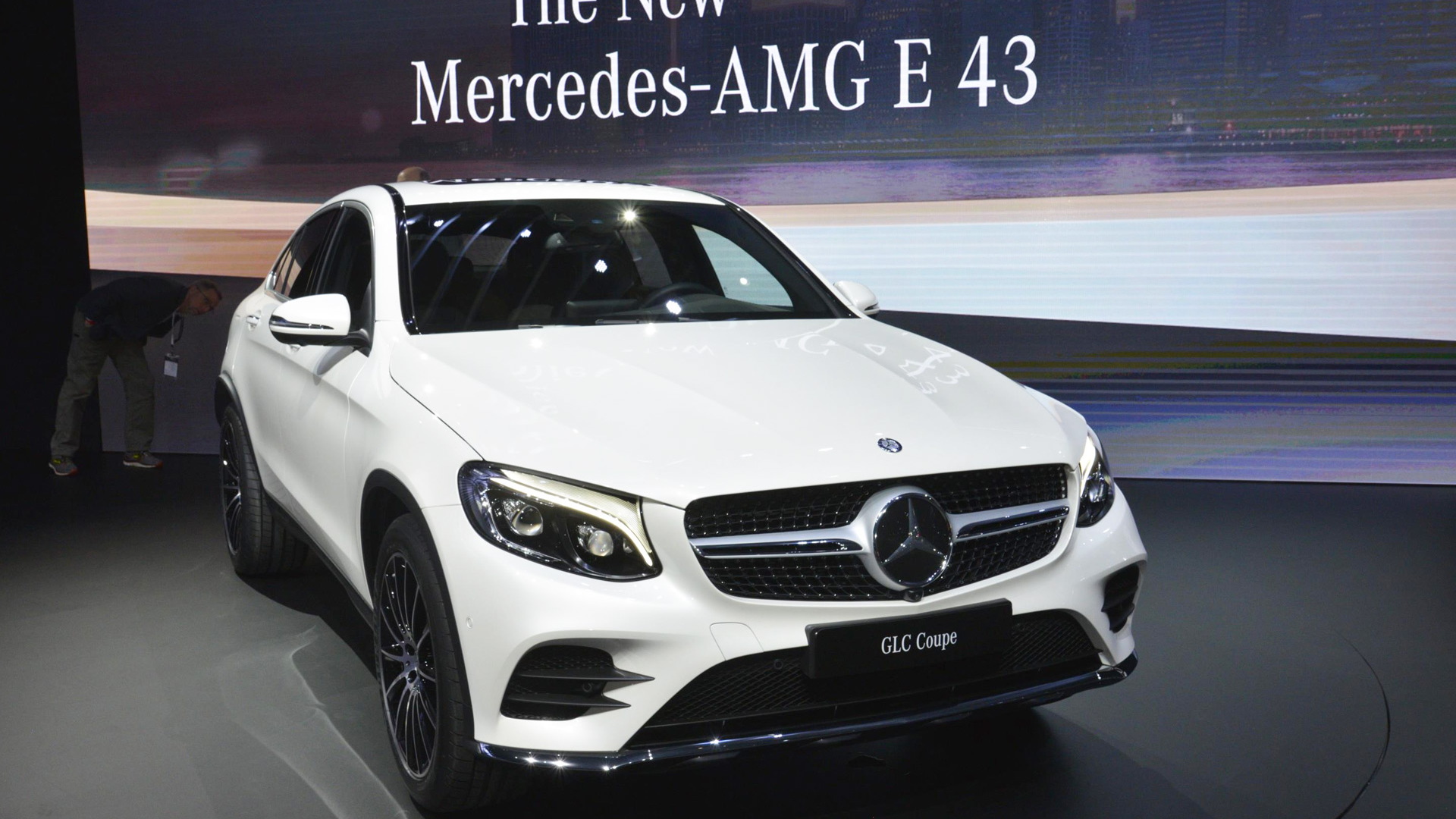 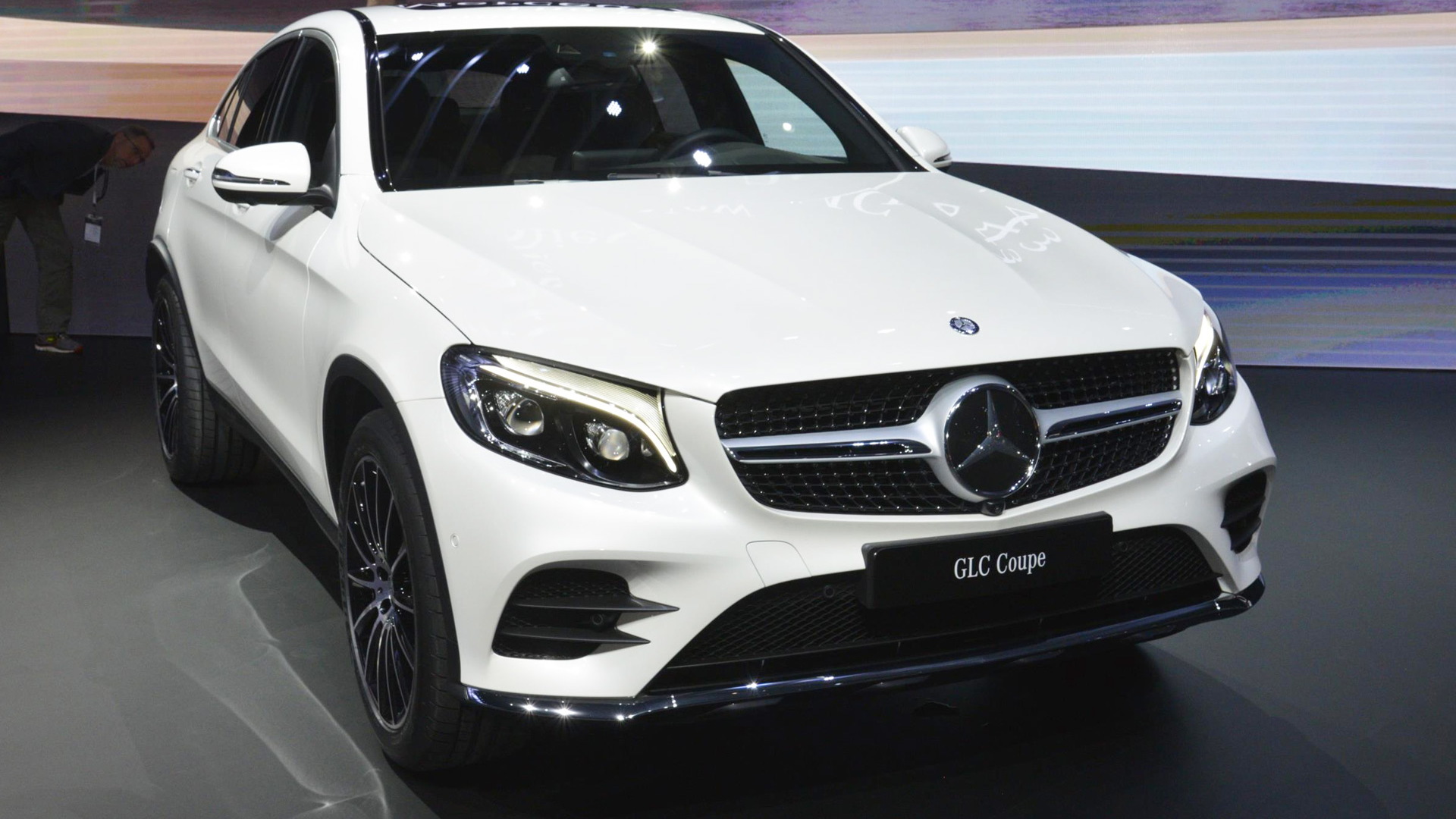 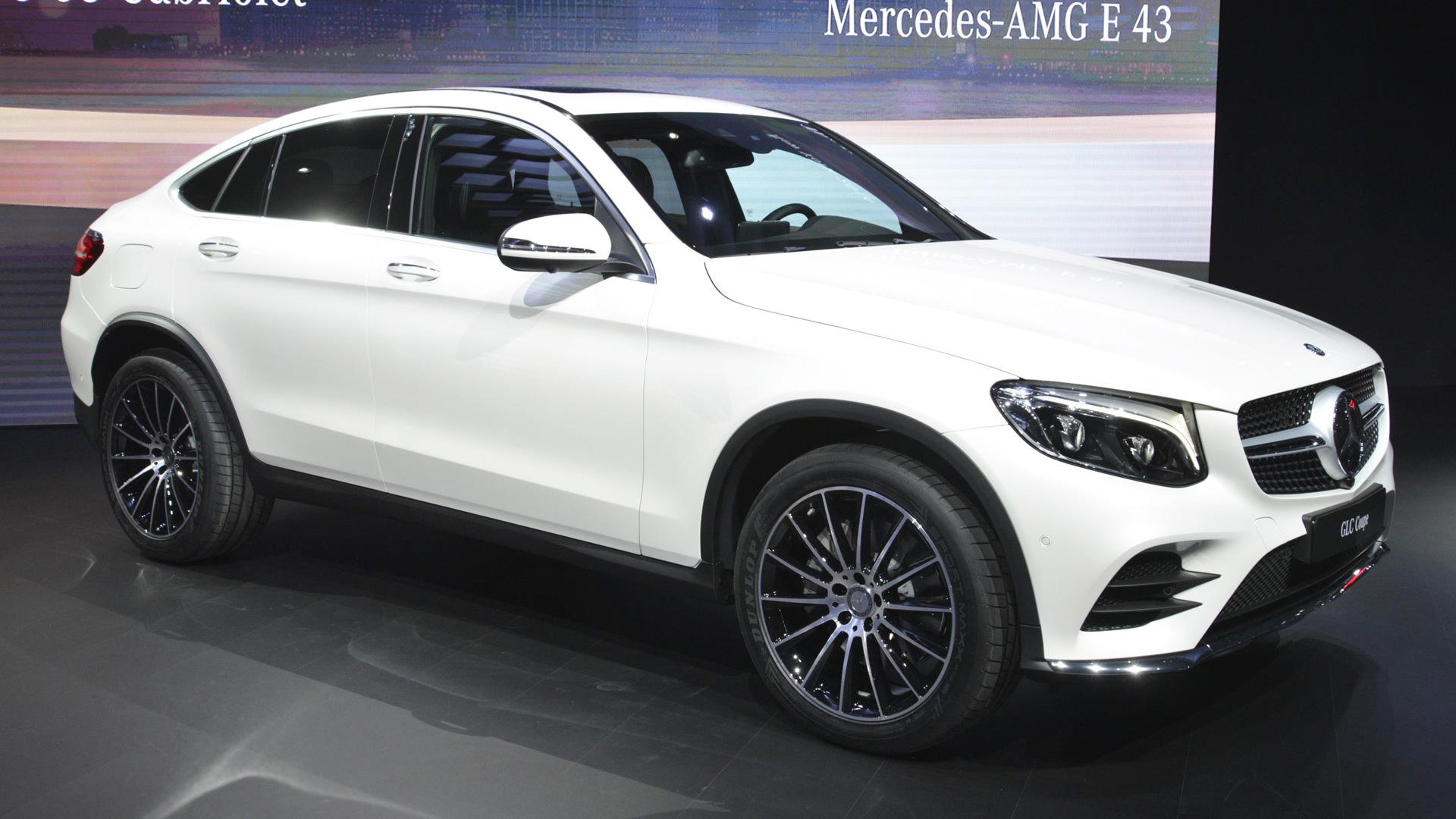 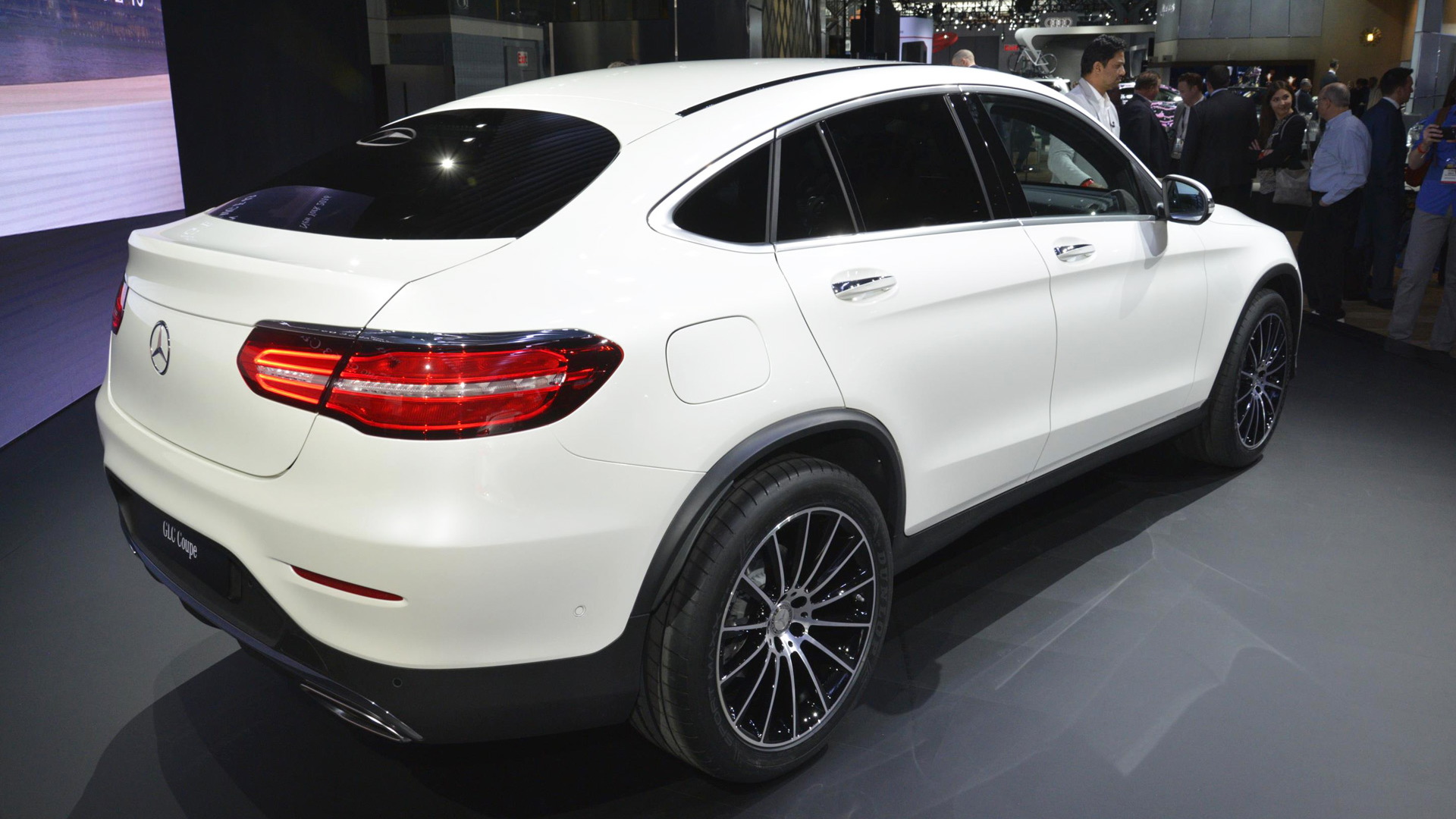 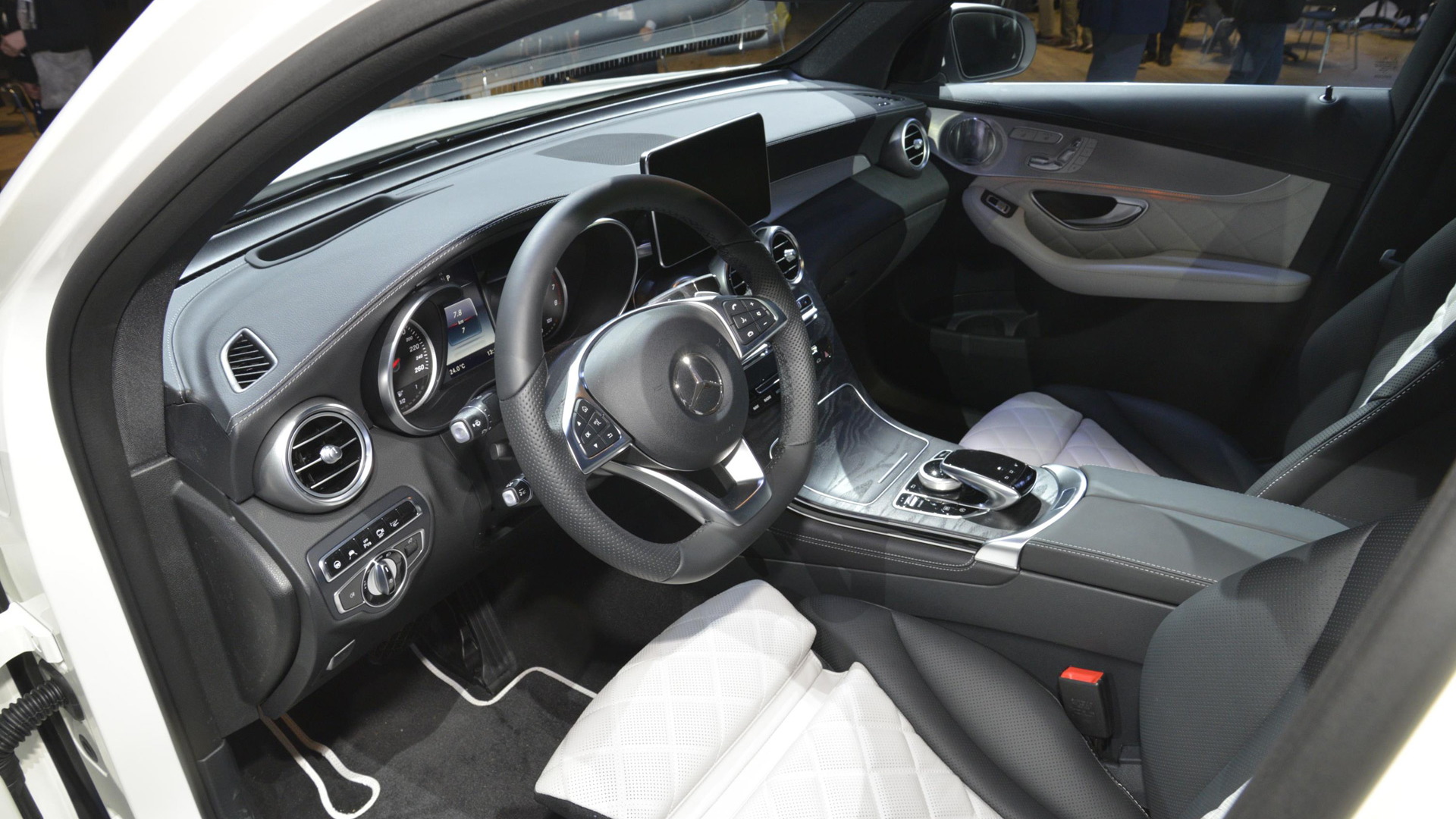 Mercedes-Benz has a busy 2016 New York Auto Show ahead of it.

Not only is Mercedes introducing new GLC43 and E43 performance offerings, as well as an updated CLA range, the German automaker is also introducing its new GLC Coupe.

At the market launch, there will be two potent options to choose from. The standard model will be a GLC300 Coupe powered by a 241-horsepower turbocharged 2.0-liter 4-cylinder engine. Those seeking more power can opt for a GLC43 Coupe from Mercedes-AMG. This model gets the 362-hp twin-turbocharged 3.0-liter V-6 found in Mercedes-AMG’s other “43” series models like the aforementioned GLC43 and E43.

Both GLC Coupe variants come with all-wheel drive and a 9-speed automatic transmission as standard.

The GLC43 Coupe is clearly the quicker of the two. Mercedes says owners can expect the vehicle to accelerate from 0-60 mph in less than 5 seconds. The GLC43 Coupe also gets sports-tuned suspension as well as a rear-biased all-wheel-drive system (31:69 front to rear).

The interior of both vehicles is similar to what you find in the regular GLC, though due to the sloping roof things are a bit more compact. Among the standard features are a 7-inch display, drive modes selector, power tailgate and sunroof.

And there are numerous options to add, a task made easier thanks to the availability of pre-selected packages. Some worthy options include air suspension, the COMAND infotainment system and the Distronic Plus with Steering Assist adaptive cruise control with semi-autonomous mode.

Pricing information for the 2017 GLC Coupe range will be announced closer to next year’s market launch.