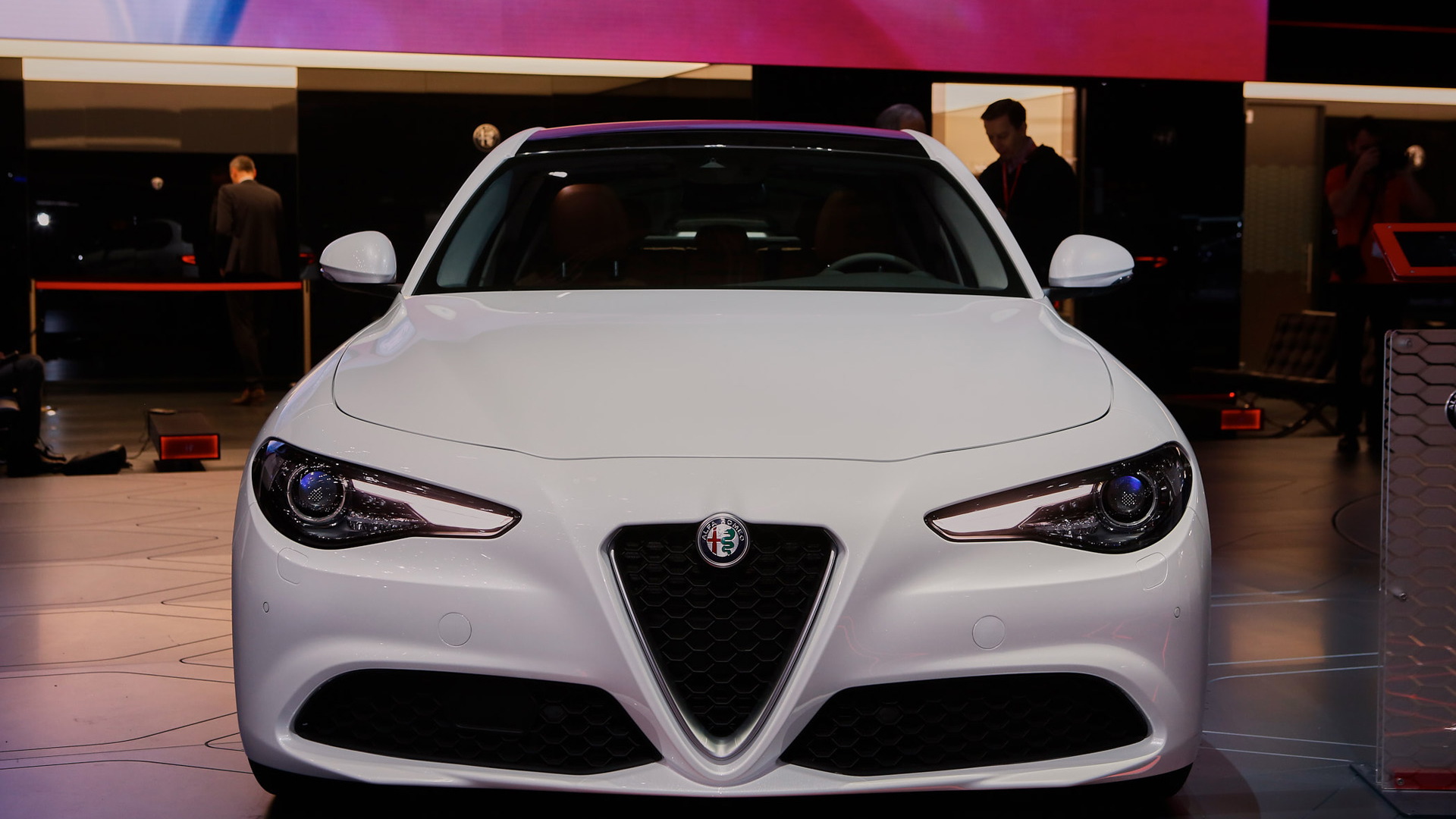 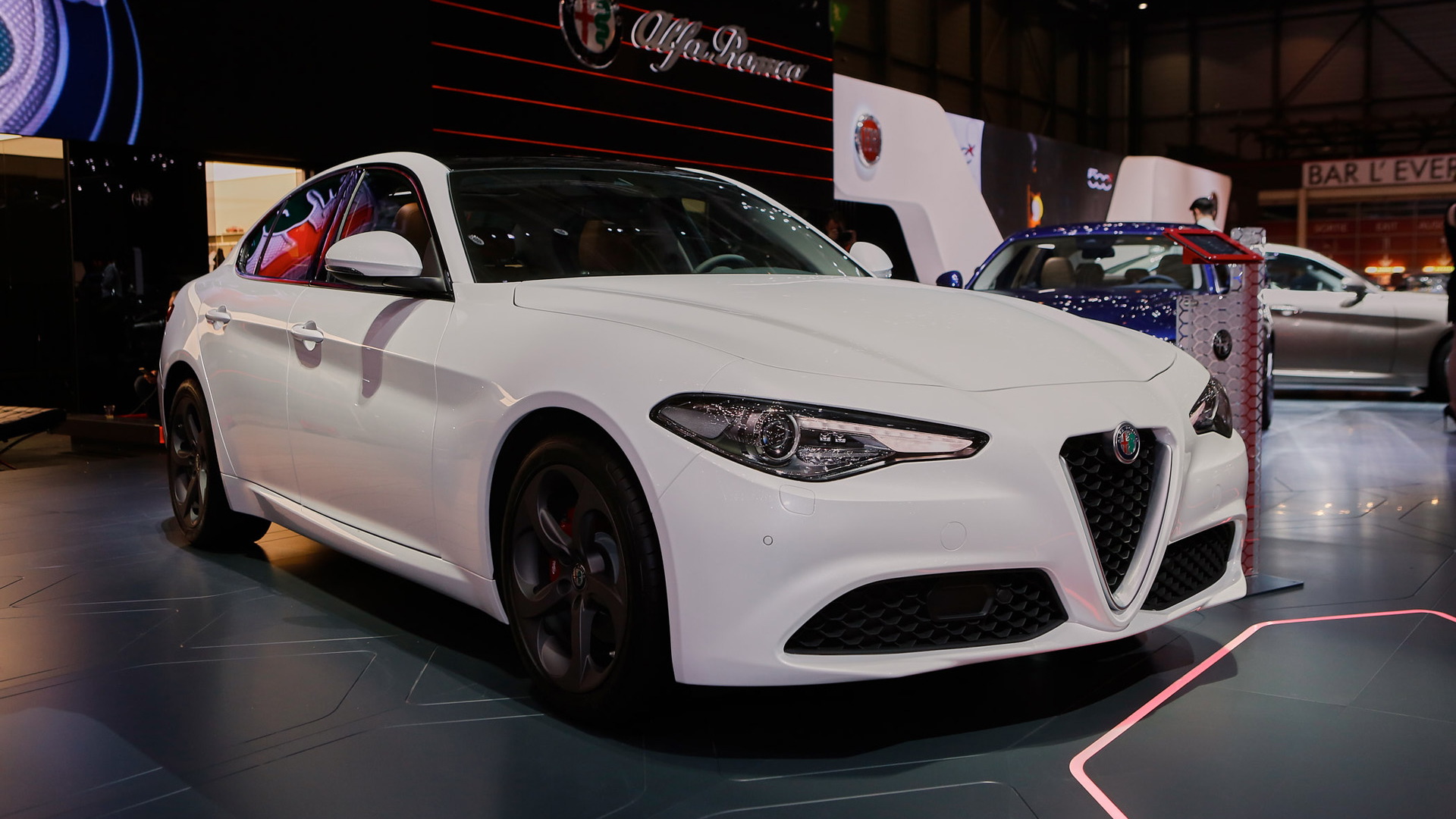 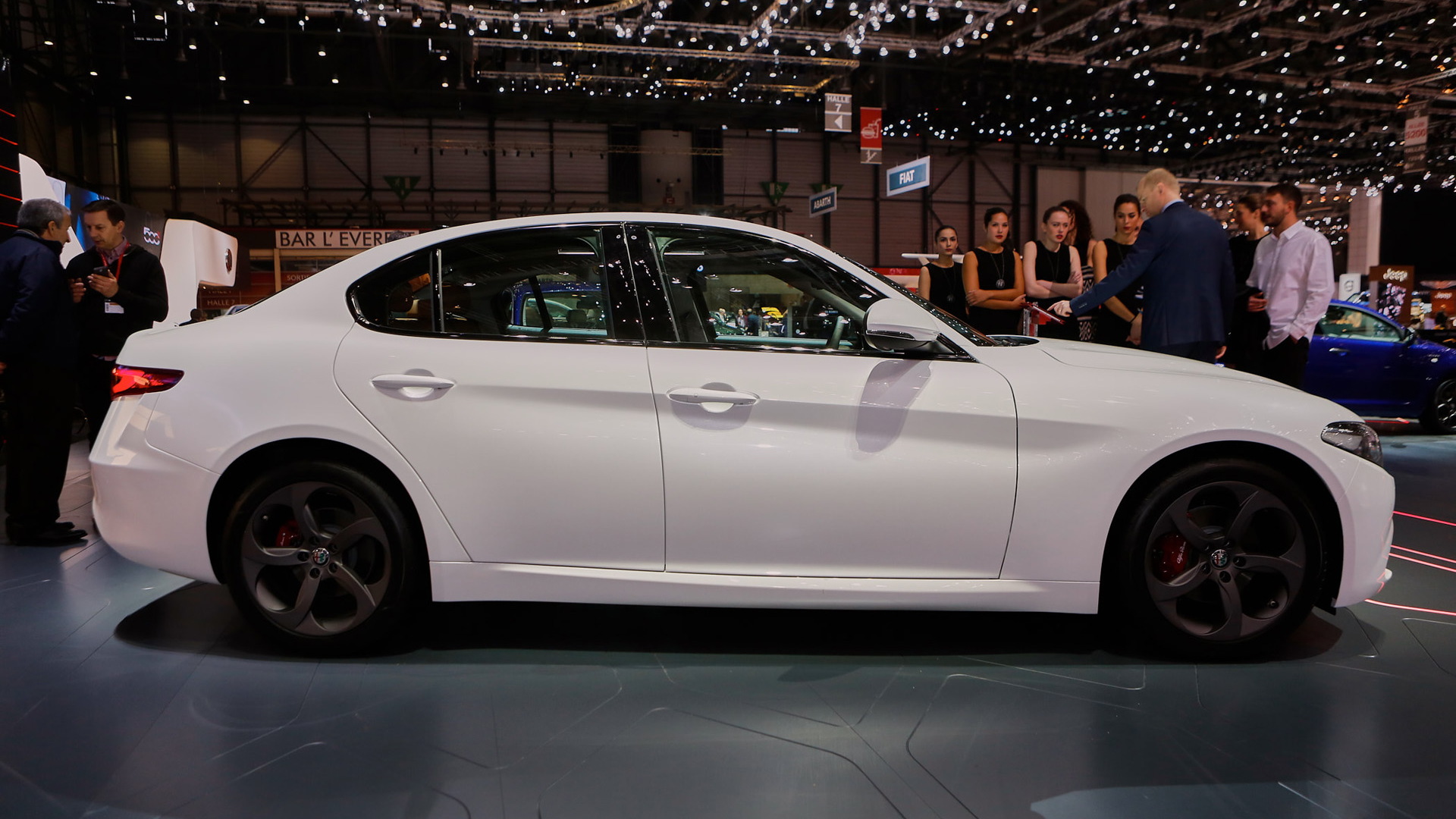 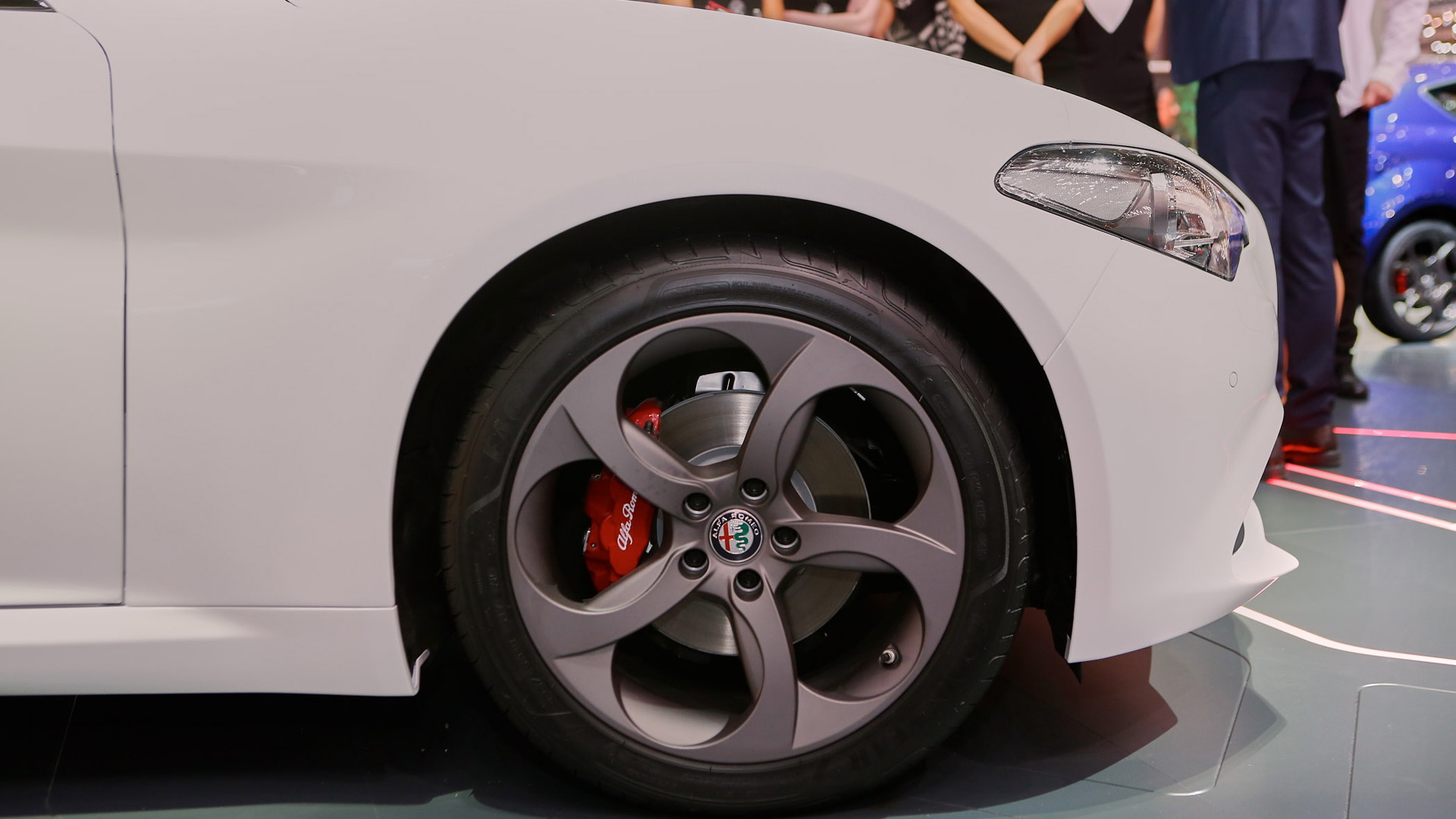 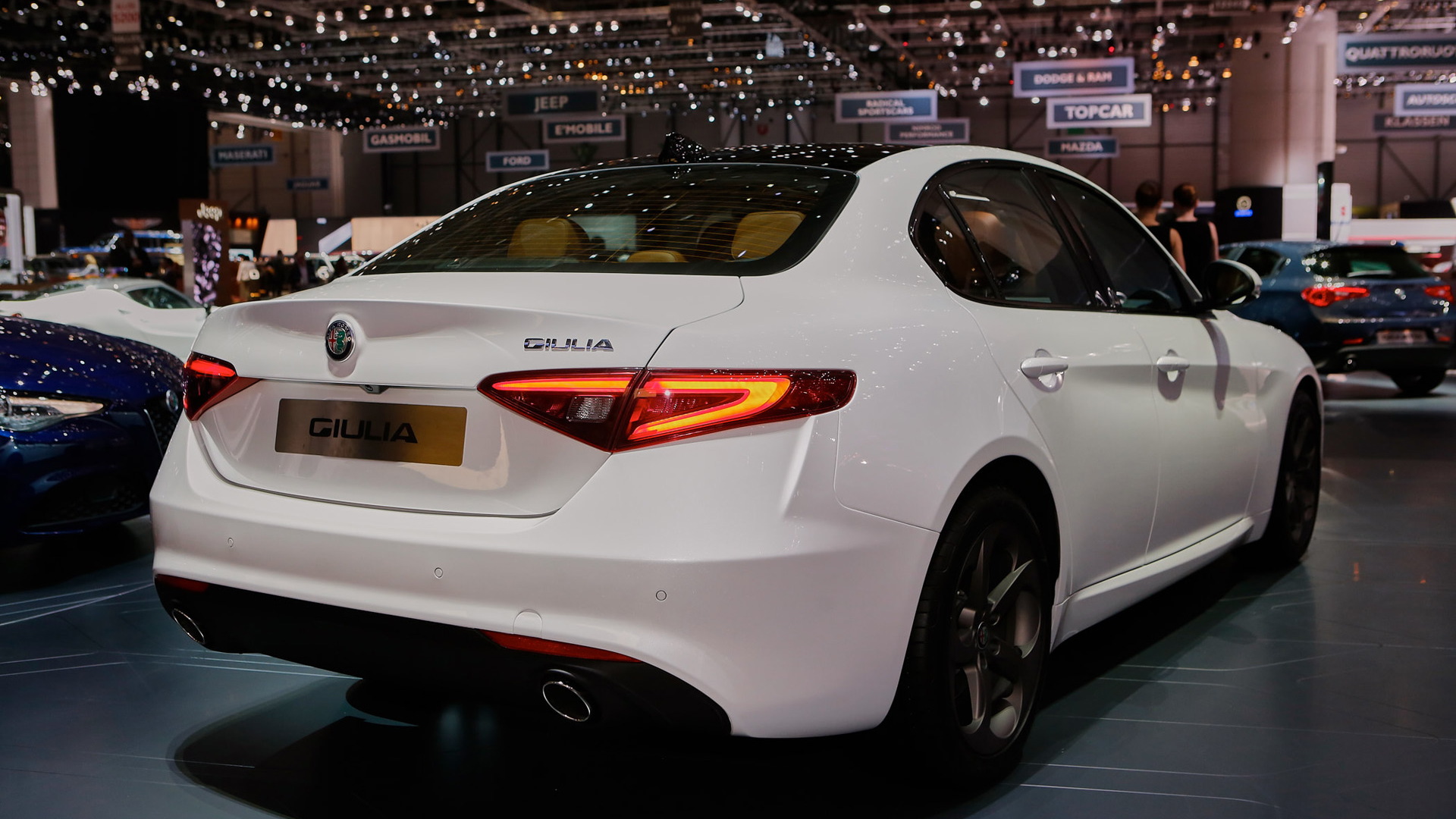 Alfa Romeo’s new Giulia sedan will finally hit showrooms this year, though the car will initially arrive in its high-performance Quadrifoglio trim, which is the equivalent of cars like the BMW M3 and Mercedes-AMG C63. The starting price of this 505-horsepower sports sedan will be up around $70,000, according to Alfa Romeo.

Clearly the bulk of Giulias won’t be Quadrifoglios. But what about the tamer trim levels? Well, Alfa Romeo has revealed them for the first time and we’re glad to report they look just as sporty as the Quadrifoglio. They include a base Giulia and mid-level Giulia Super.

Buyers of these trim levels have three engines to choose from, one gasoline unit and two diesels. A 6-speed manual transmission is standard but an 8-speed automatic is available. Rear-wheel drive is also standard with all-wheel drive available as an option. Quadrifoglios come exclusively with the manual and rear-wheel drive, though.

The cabin design of the new Alfa Romeo Giulia is every bit as crisp and clean as the exterior and, crucially, it is centered on the driver with the main controls grouped together on the small steering wheel. Depending on the trim level, a 3.5- or 7.0-inch screen in the instrument cluster provides the driver with vital info.

In the center of the dash sits a second screen (6.5 in on base models and 8.8 on higher-spec trim) used for the Connect 3D Nav infotainment system. This enables full connectivity with all mobile devices running Apple iOS and Android operating systems, while the navigation system employs high-resolution 3D TomTom maps and Dead Reckoning technology to compensate for areas with poor GPS reception. A rotary pad offers a gesture recognition system, allowing the driver to interact with the screen simply by moving fingers on the pad.

The complete Alfa Romeo Giulia range is on show this week at the 2016 Geneva Motor Show. For the rest of our coverage on the Swiss show, head to our dedicated hub.