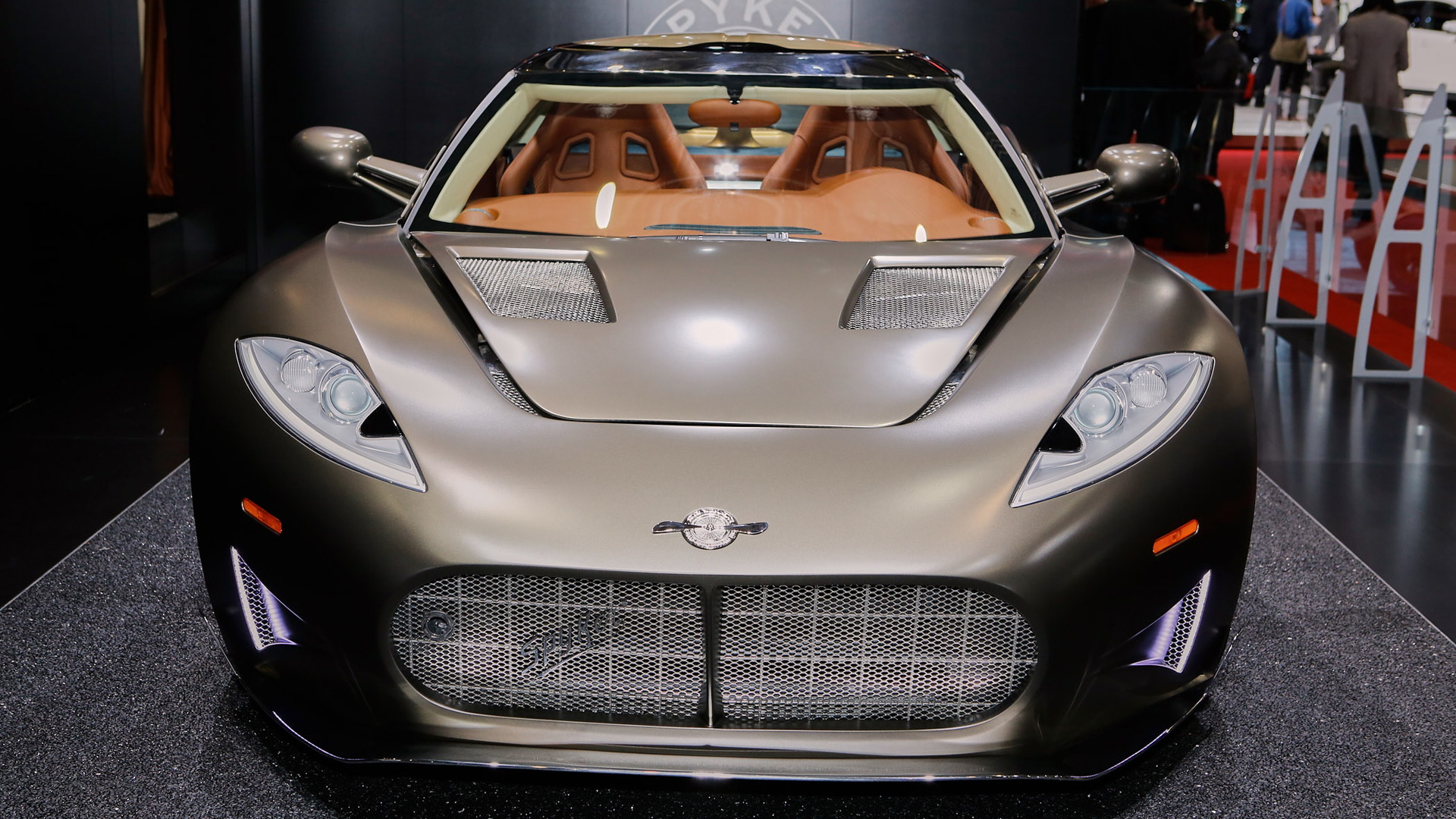 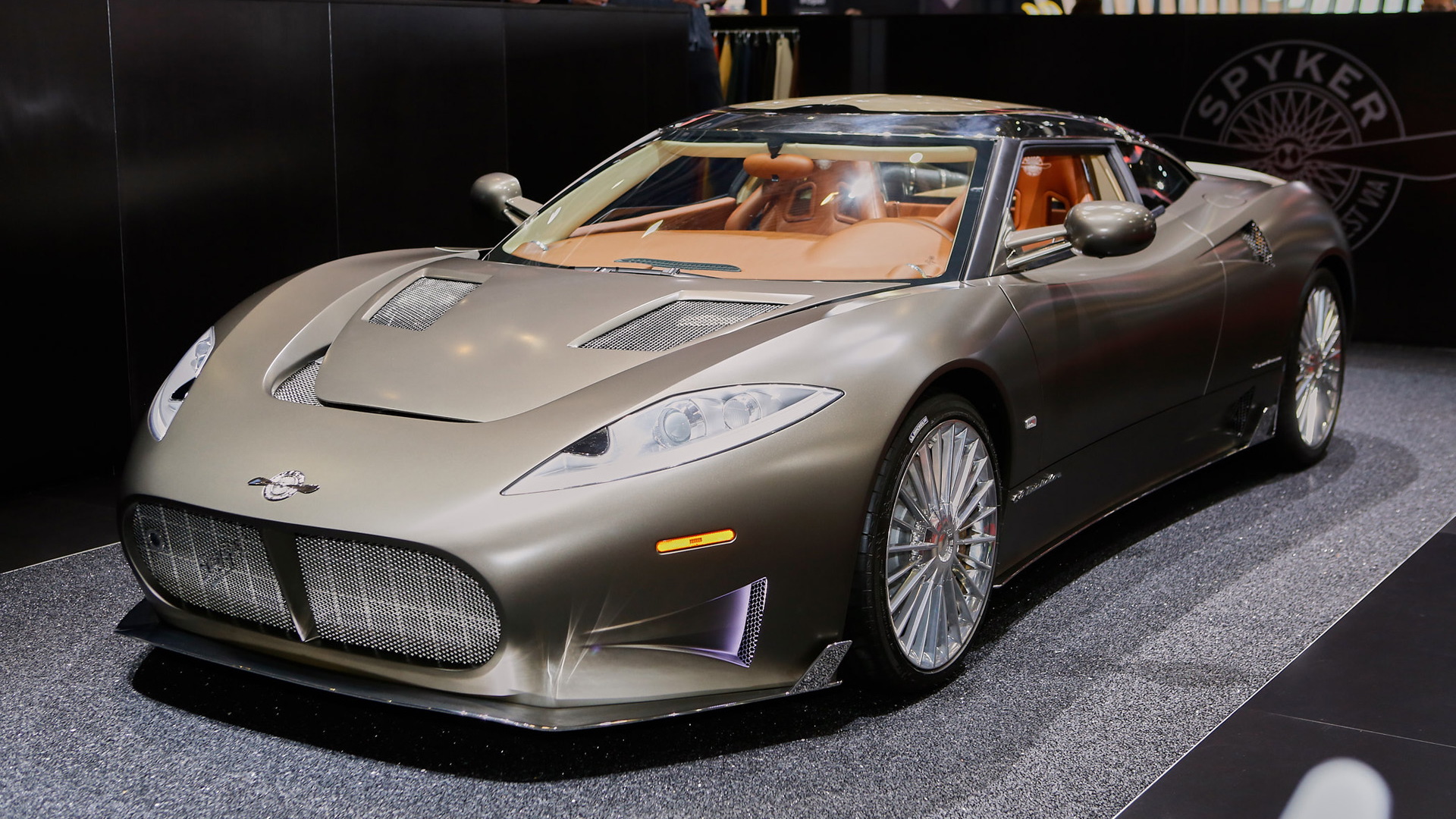 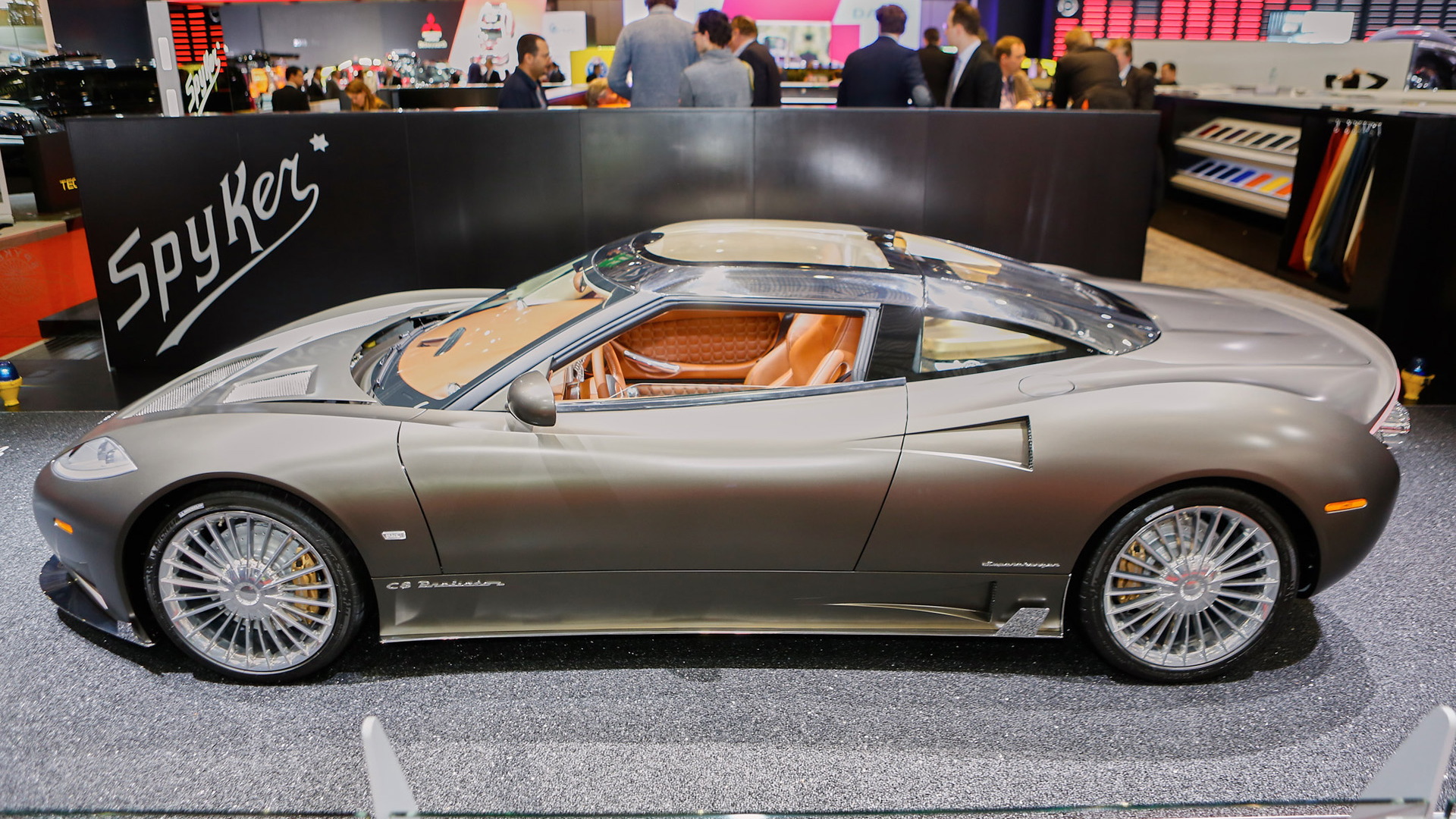 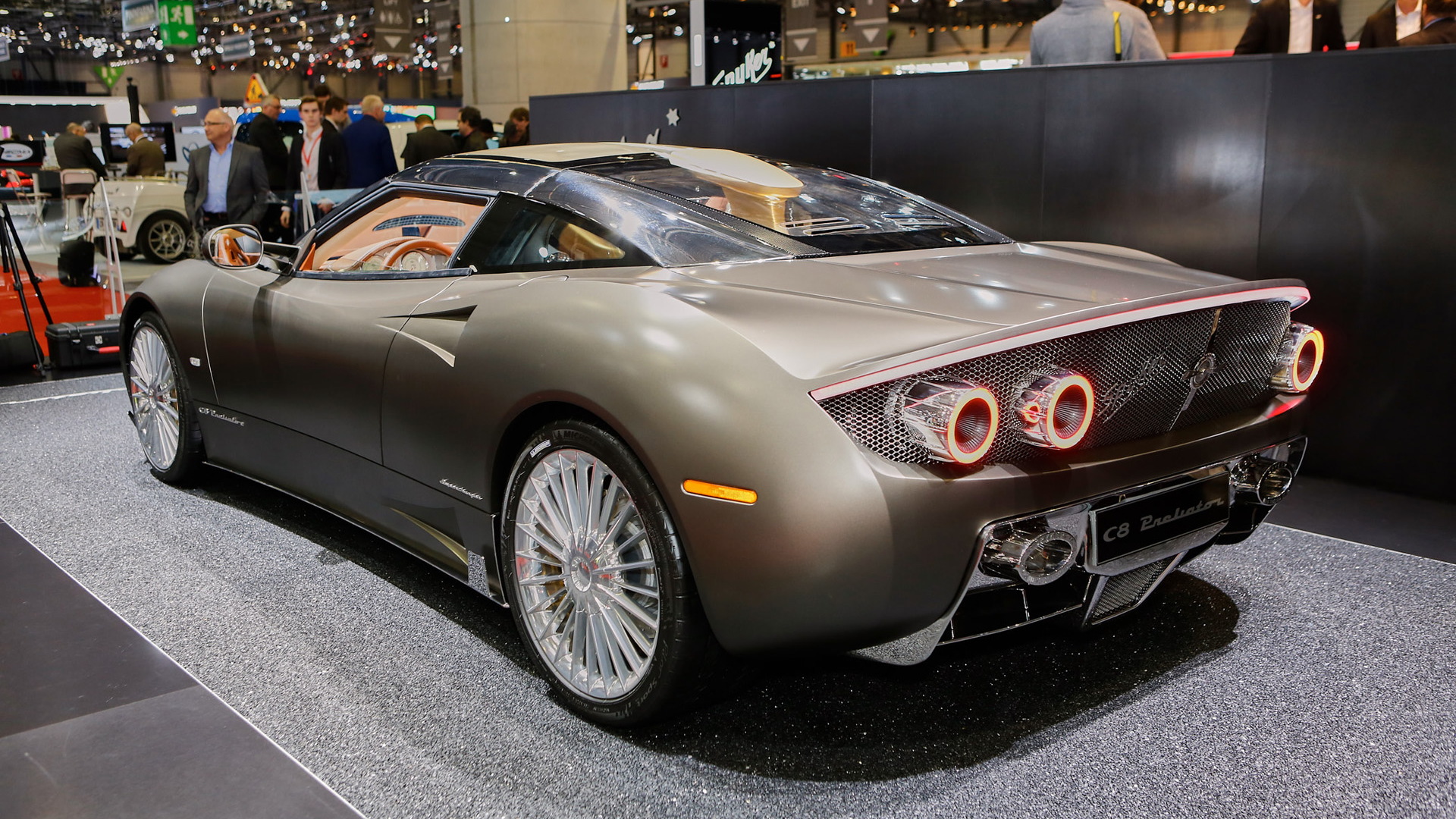 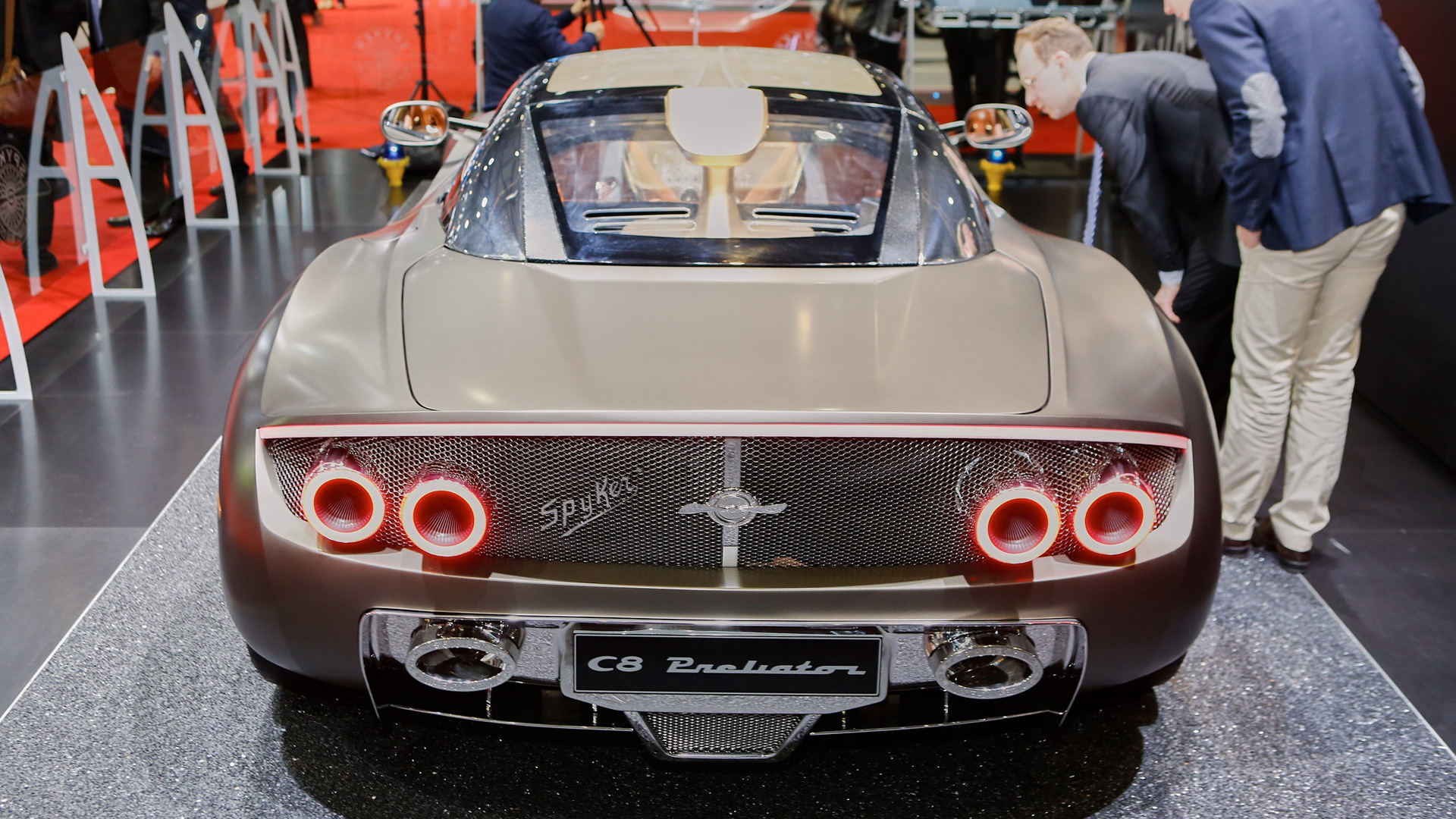 Living up to the Spyker motto, Nulla tenaci invia est via, Latin for “For the tenacious, no road is impassable,” CEO and founder Victor R. Muller hasn’t given up on his dream to  run a successful sports car company despite some major setbacks. The list is a long one and includes some doozies such as failed attempts at running a Formula One team and even a Saab turnaround. However, Muller and his team at Spyker are now back doing what they do best, and that’s building beautifully designed and detailed sports cars.

Spyker’s latest model made its debut this week at the 2016 Geneva Motor Show. The car is called the C8 Preliator and it is an update of the C8 Aileron launched in 2009, which itself was an update of Spyker’s previous C8 that dates back to the inception of the modern version of Spyker in 2000 (the original Spyker, which manufactured carriages, cars and even aircraft, went out of business back in 1926).

The Preliator, whose name in Latin means “fighter” or “warrior”, looks similar to the Aileron, though there are tweaks throughout. The engine is also the same, in this case a 4.2-liter V-8 sourced from Audi, but to keep the Preliator competitive Spyker added a supercharger that boosts output to 518 horsepower, up from 400 hp previously. The suspension has also been completely revised to improve handling properties.

Drive in the Preliator is to the rear wheels only, via a 6-speed manual or optional 6-speed automatic, and thanks to a curb weight of only 3,065 lb, the car will sprint to 62 mph from rest in just 3.7 seconds. The top speed is 201 mph. The light weight is thanks to an aluminum spaceframe chassis. Stopping power comes from a set of AP Racing brakes housed within 19-inch alloy wheels with Spyker’s signature multi-spoke design. These are meant to invoke an airplane’s propeller. You’ll notice additional aviation-inspired elements around the car. The coolest, by far, are the tail lights that resemble a jet fighter’s glowing afterburners.

Eventually, Spyker will offer cars with an even greater link to the world of aviation. Spyker recently partnered with American electric aircraft startup Volta Volare and plans to utilize some of its “exciting new sustainable technology” in new, possibly electrified sports cars. No specifics on these plans have been mentioned yet, unfortunately.

Production of the Preliator is being handled by CPP Metalcraft in the United Kingdom. Just 50 units are planned. And Spyker hasn’t given up on its more accessible sports car, the B6 Venator, as production of this model is expected to start this year as well.