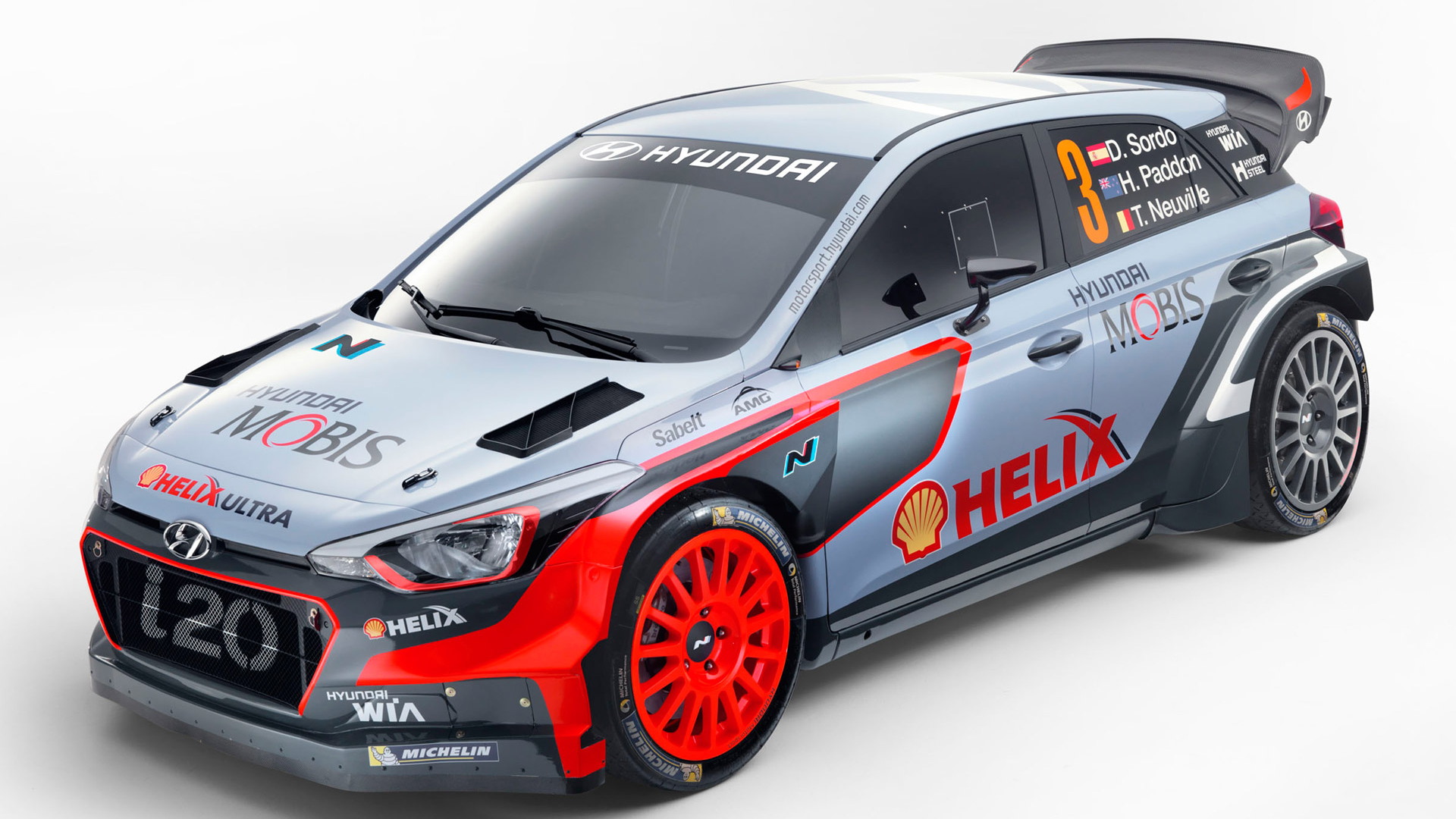 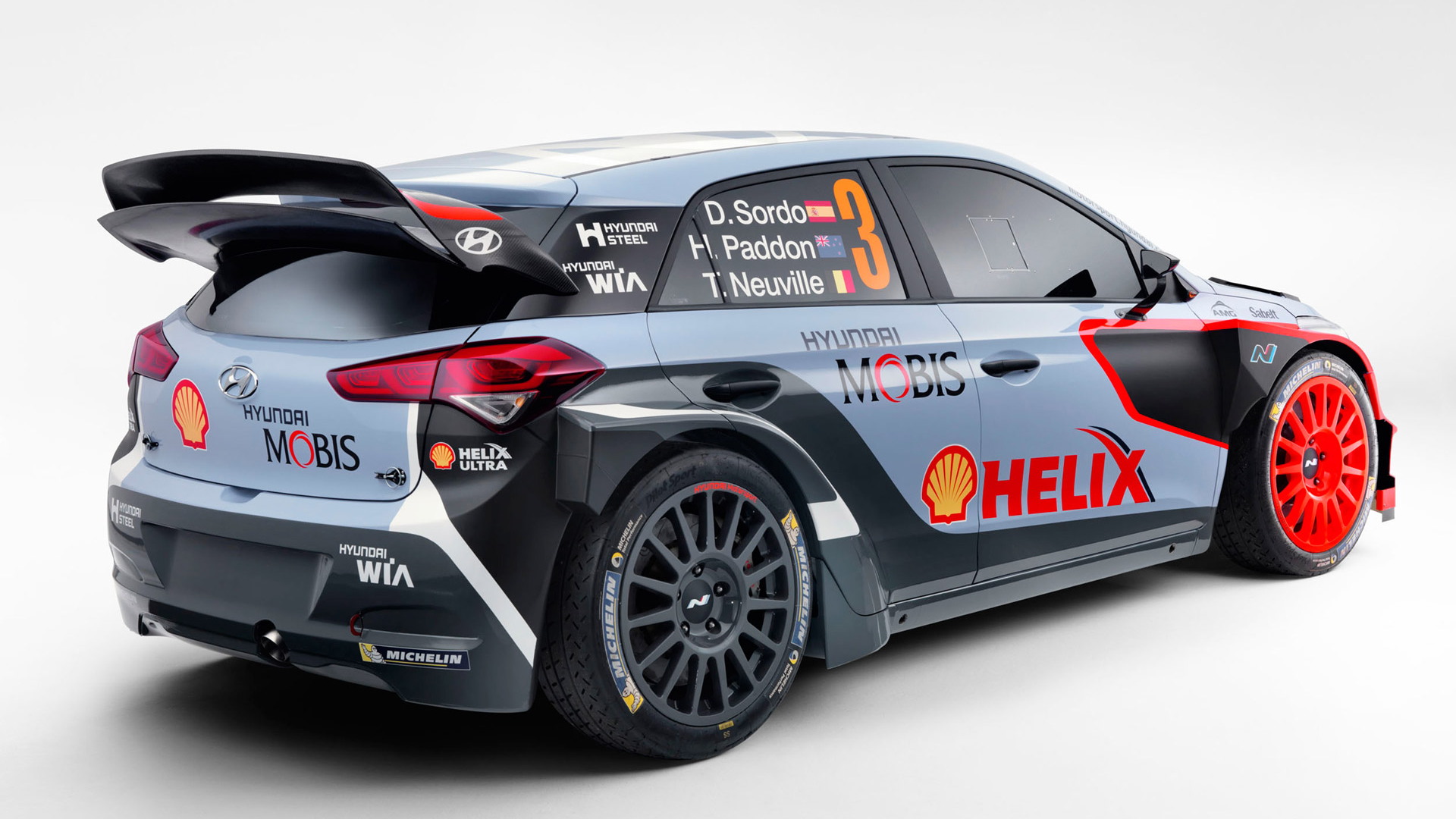 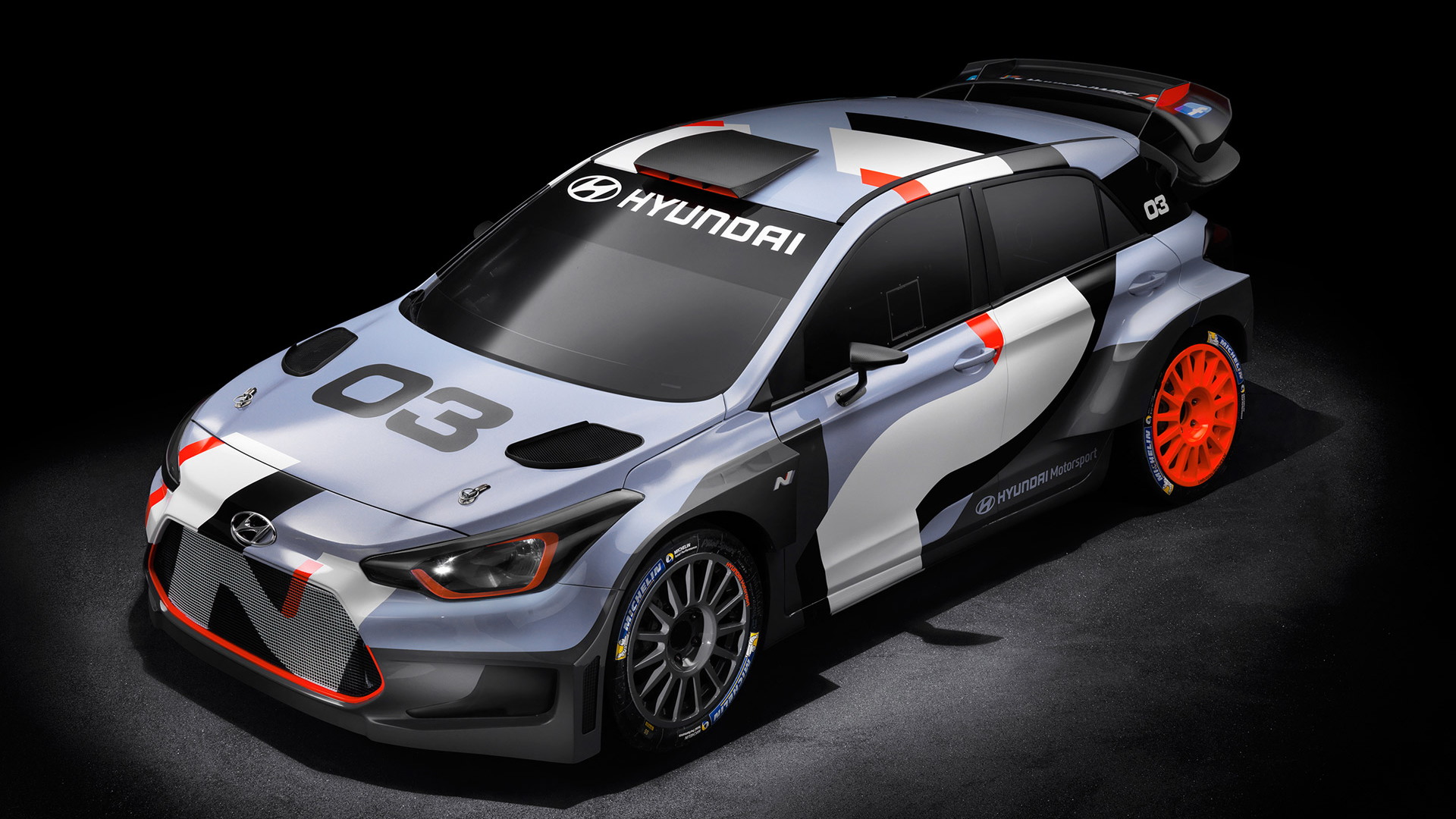 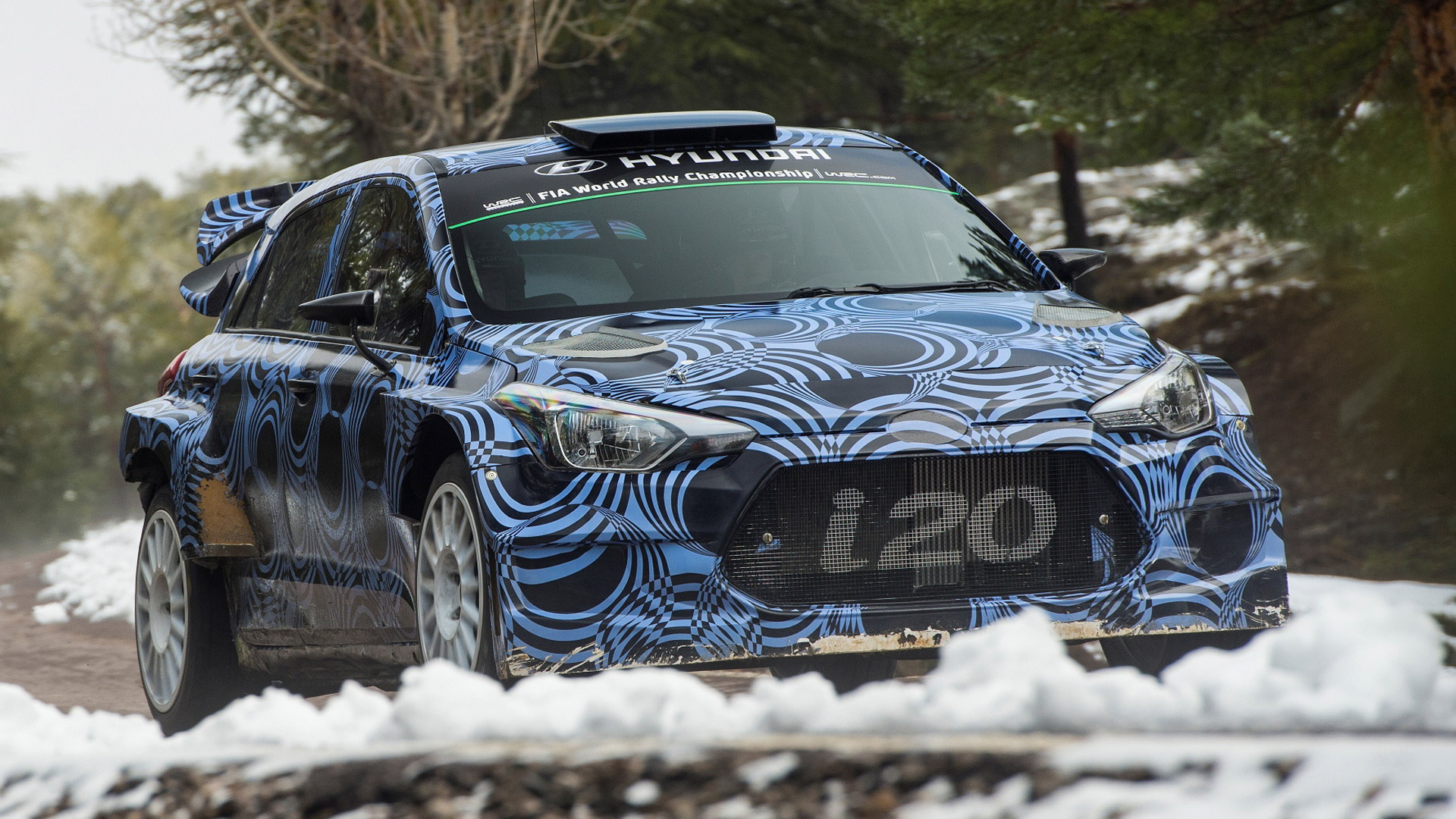 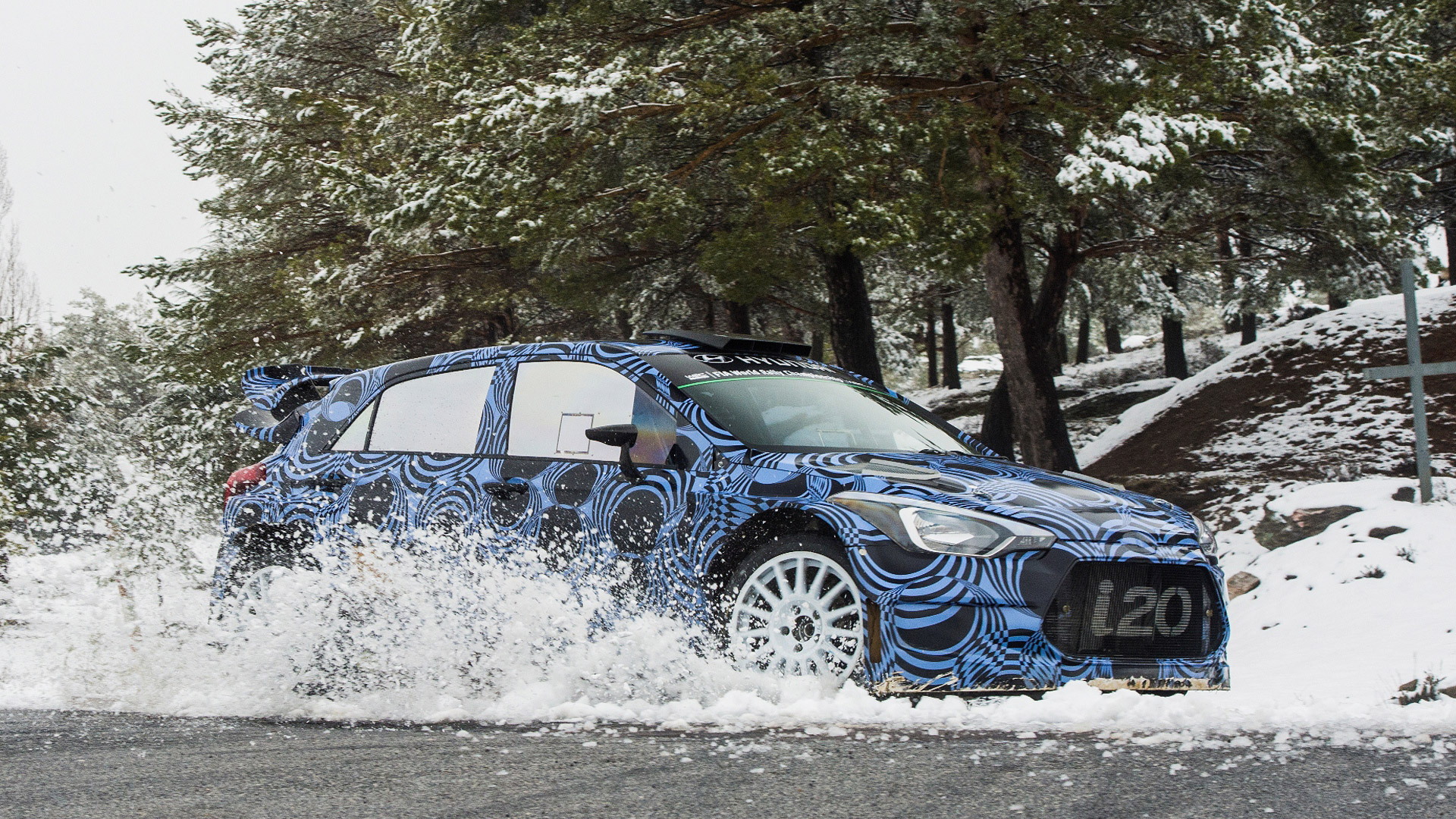 Volkswagen has been the dominant force in the World Rally Championship over the past few years but Hyundai, which returned to the sport two seasons ago, isn’t giving up just yet. The Korean automaker this month unveiled its contender for the 2016 season, which once again is based on its i20 subcompact sold overseas.

CHECK OUT: Mustang Goes Up Against A Murcielago In Drift Battle: Video

Power in the 2016 i20 WRC comes from a turbocharged 1.6-liter four-cylinder engine, which is paired with a six-speed sequential gearbox and spins all four wheels. The car has already accumulated close to 5,000 miles of testing prior to this month’s launch and has proven to be quicker than its predecessor, with the team's drivers also praising improved drivability.

It was presented for the first time at a special event at the Hyundai WRC team’s headquarters in Alzenau, Germany. On hand were drivers Dani Sordo, Hayden Paddon and Thierry Neuville, who will contest all 14 rounds of the 2016 season. Kevin Abbring will serve as test driver, though the Dutch youngster will also contest some selected rounds in a fourth car as part of his agreement.

The new i20 WRC’s first rally will be the Rallye Monte Carlo in late January, 2016.

Prior to its debut in 2014, the current Hyundai WRC team was able to quickly develop an all-new WRC car from scratch. The car proved to be both quick and reliable and even managed a win at the German round. In 2015, the team scored four podium finishes and managed to finish third in the Manufacturers’ Championship behind VW and Citroën.