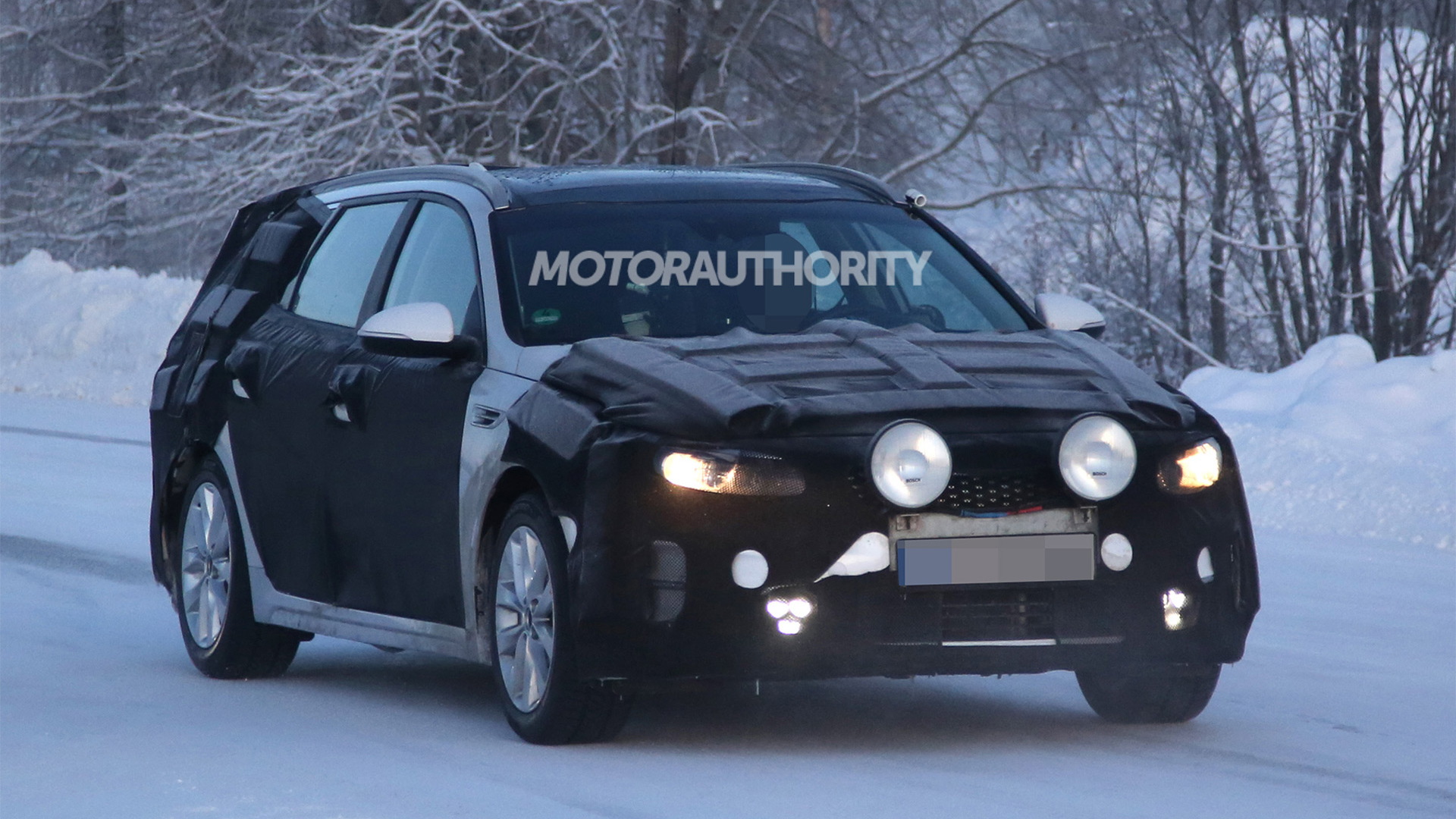 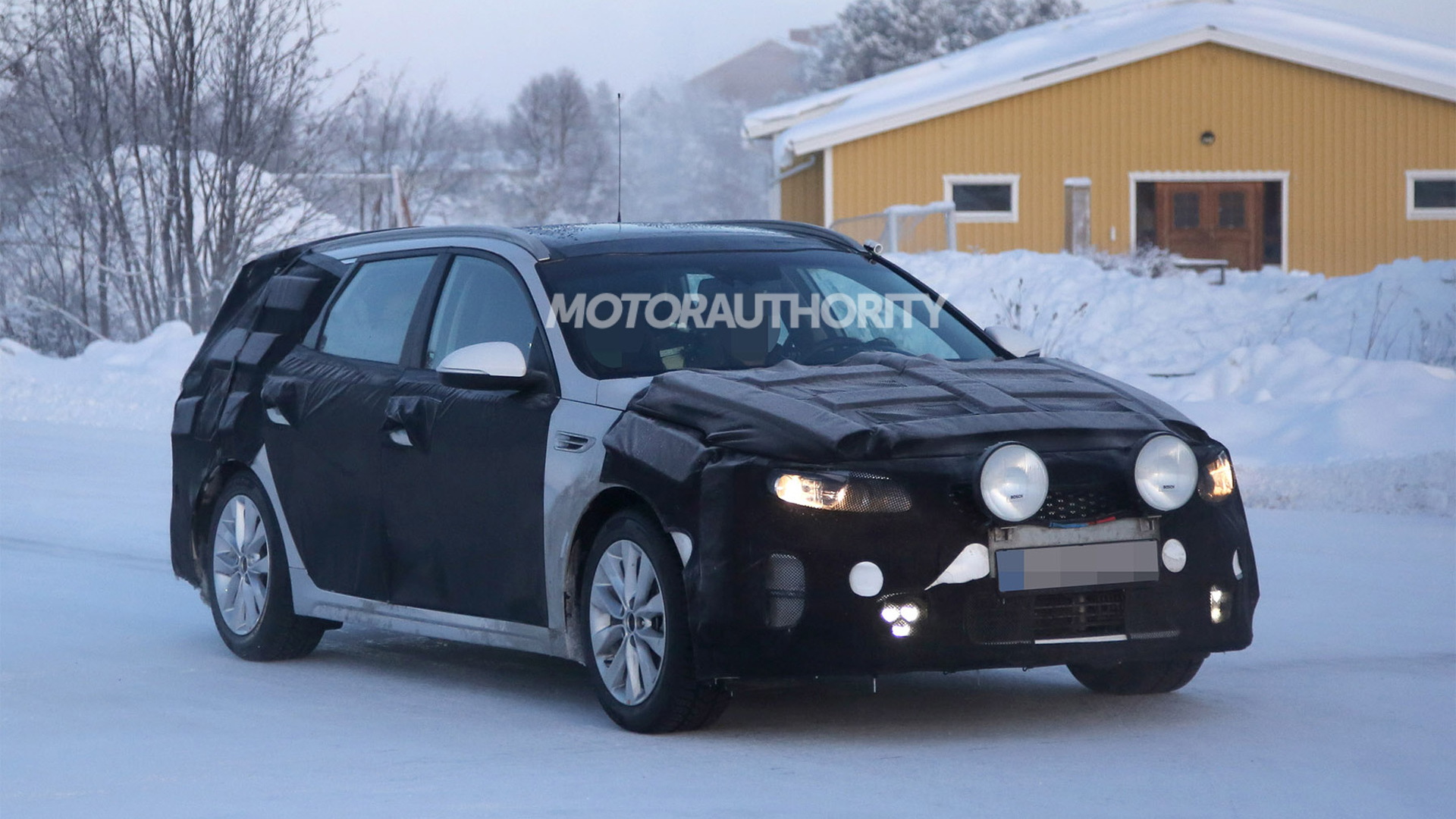 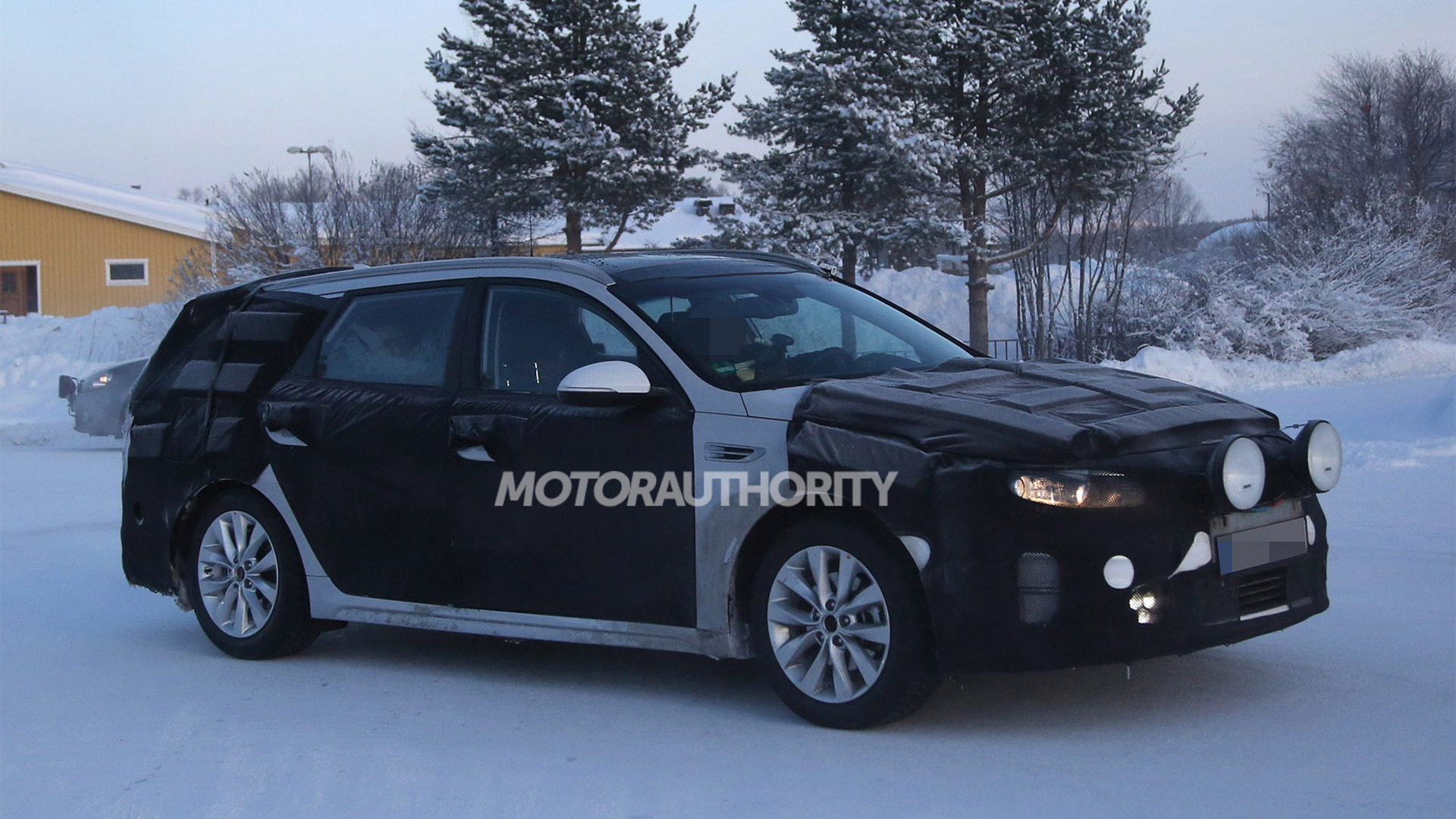 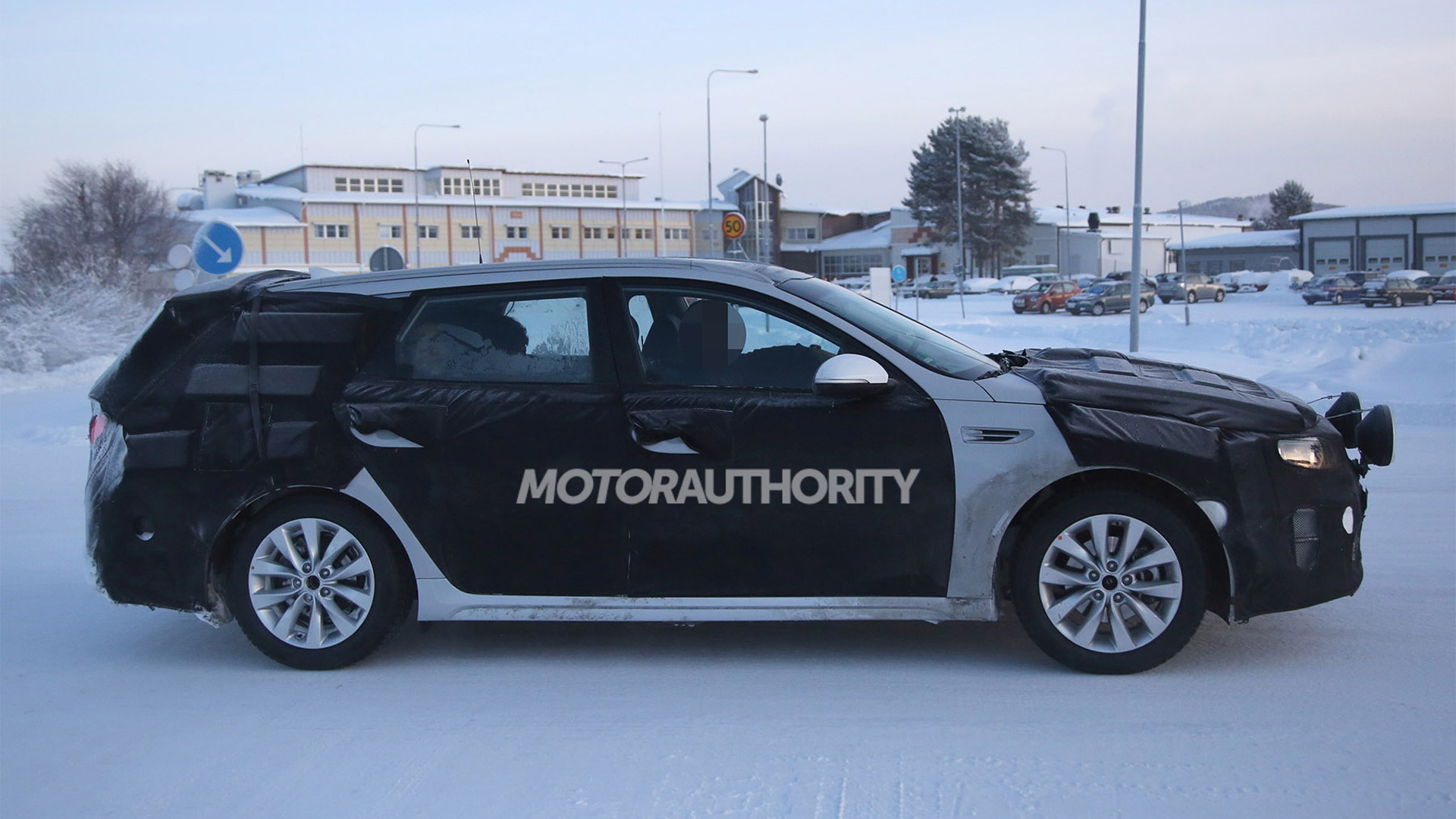 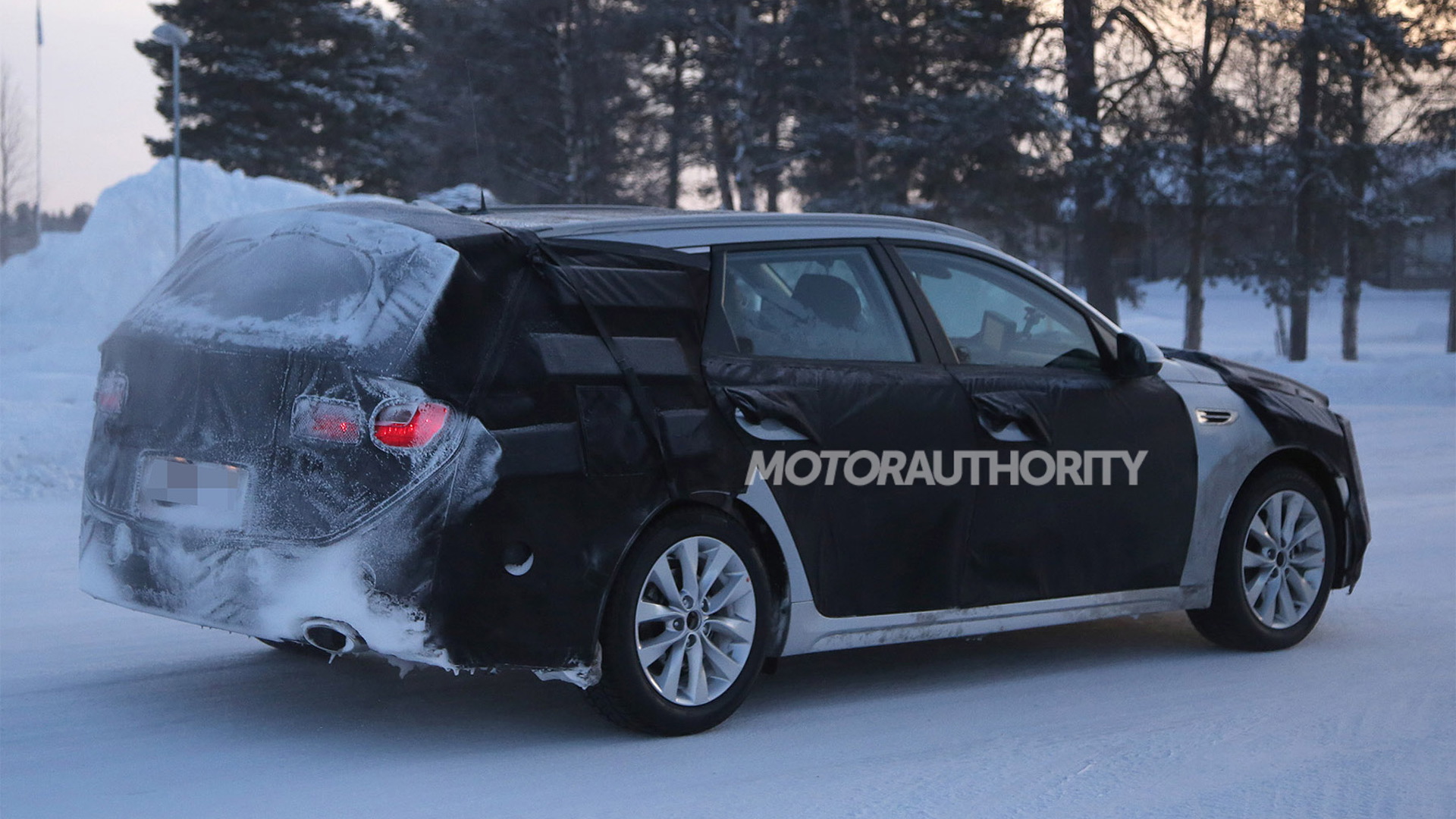 When Kia unveiled its Sportspace concept car at the 2015 Geneva Motor Show, we were told it previewed the design of the all-new Optima, a car which made its debut a month later at the 2015 New York Auto Show, as a 2016 model. However, we were also told that the handsome concept hinted at a new Optima wagon.

The Optima Sportswagon is shaping up to be a good-looking, practical family hauler, and it should be affordable too. The latest Optima sedan starts at just under $22k. The Optima is offered in the U.S. with the choice of three four-cylinder gasoline engines, but since this model is aimed at the European market expect it to offer some diesels there as well. 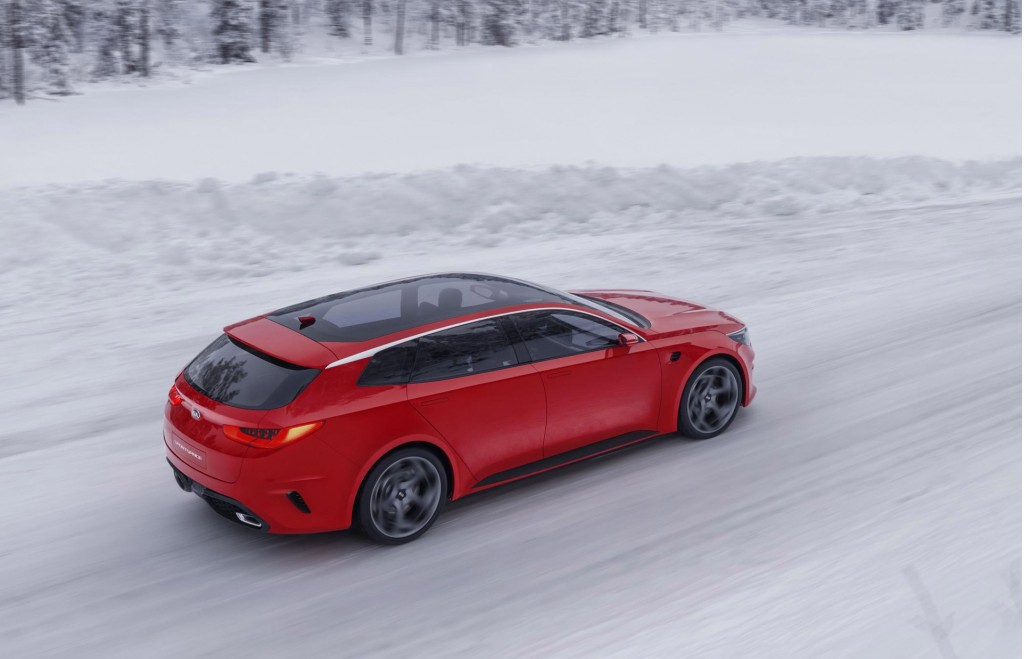 From the spy shots, we can see that the front section on the Optima Sportswagon will be virtually identical to the sedan. At the rear, though, there is the new liftgate which sports a unique tail light design. The roof is also much flatter, which means headspace for rear-seat passengers will be better than in the sedan.

Look for a debut of the new Kia Sportswagon at a major European auto show next year. The 2016 Geneva Motor Show next March is a strong possibility. Key rivals will be the wagon versions of the Ford Motor Company [NYSE:F] Fusion (a Mondeo in other markets), Mazda 6 and Opel Insignia. There's also the i40 from sister brand Hyundai.

For more on the Optima, check out the in-depth reviews over at The Car Connection.