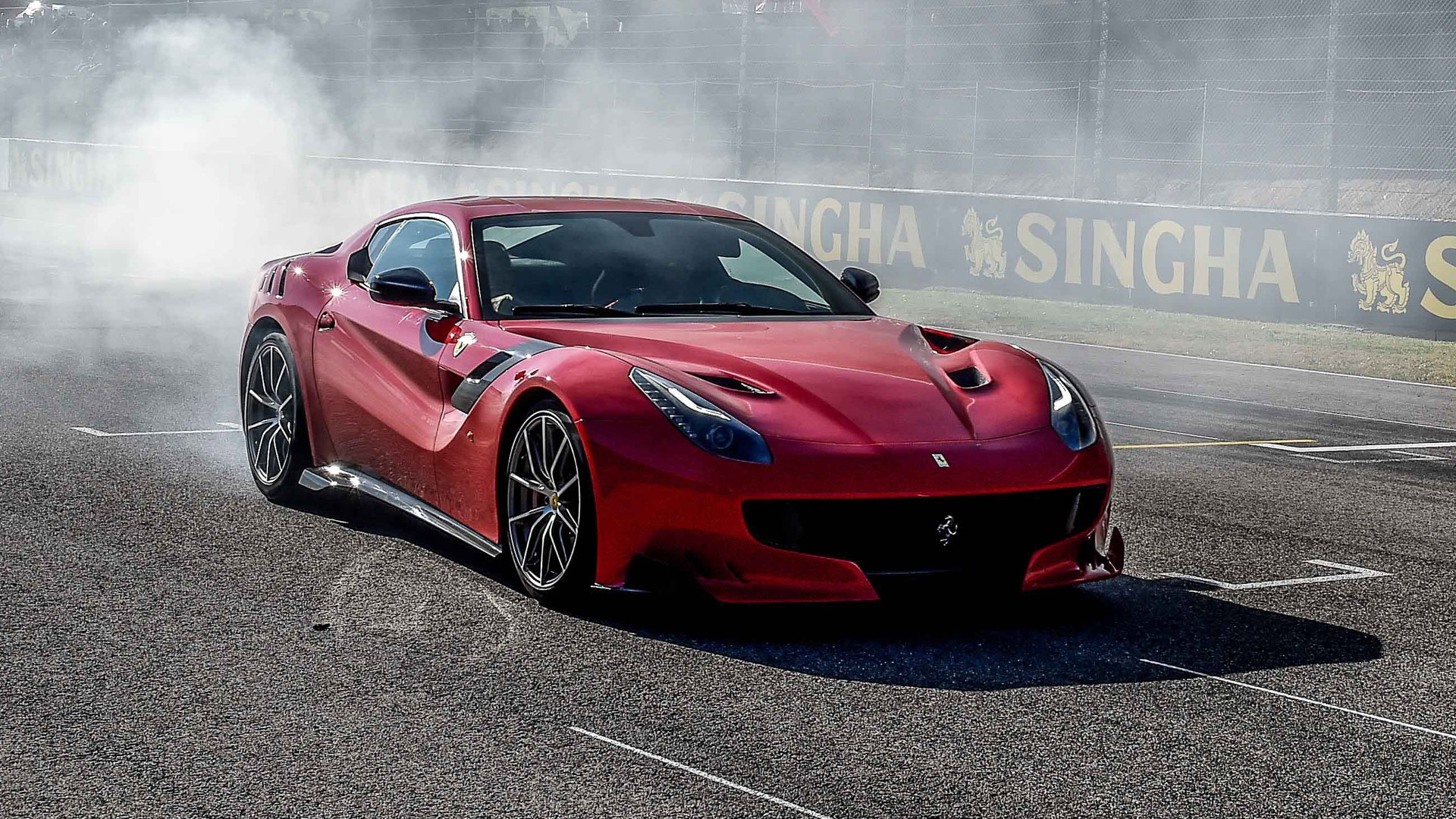 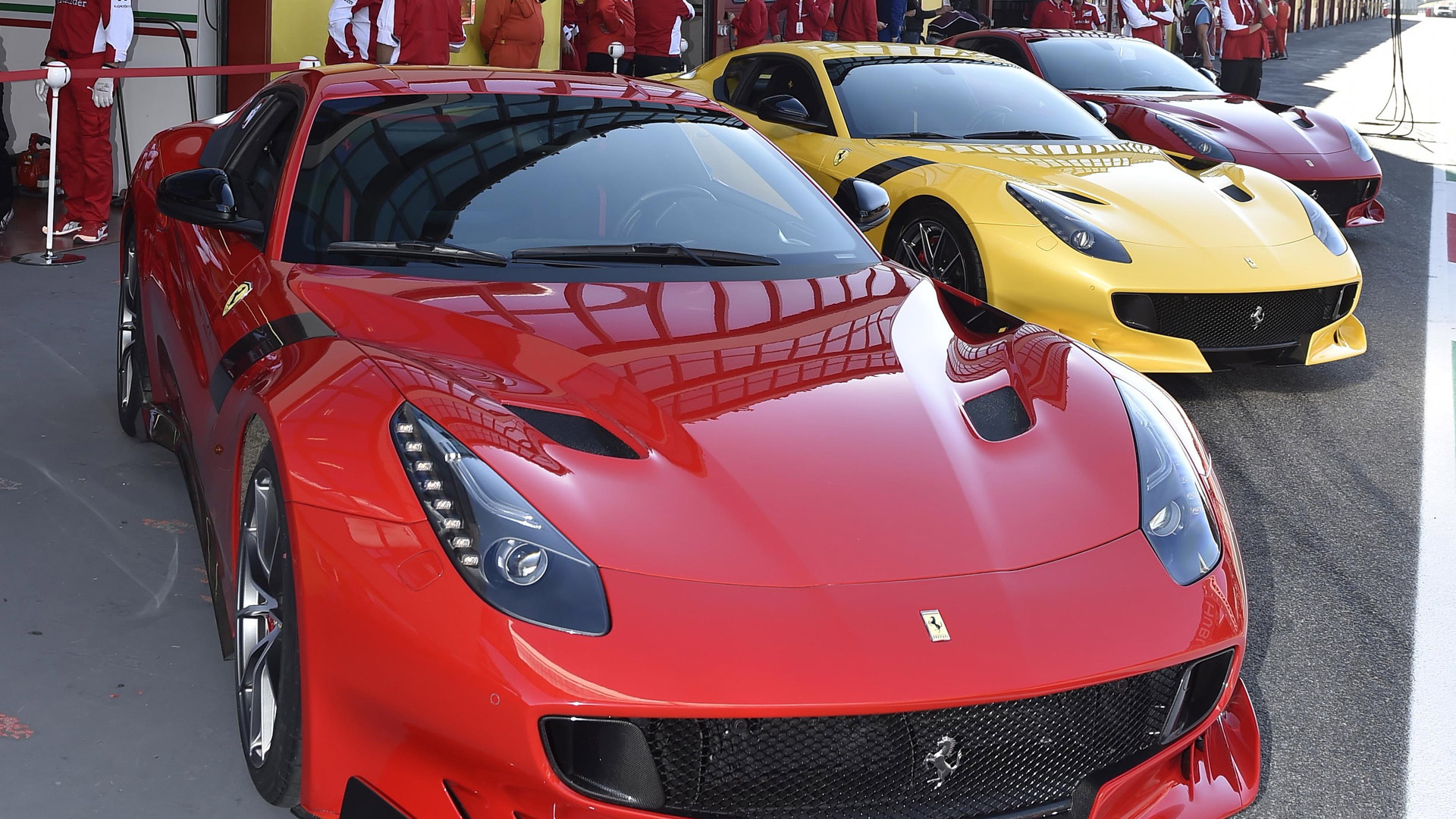 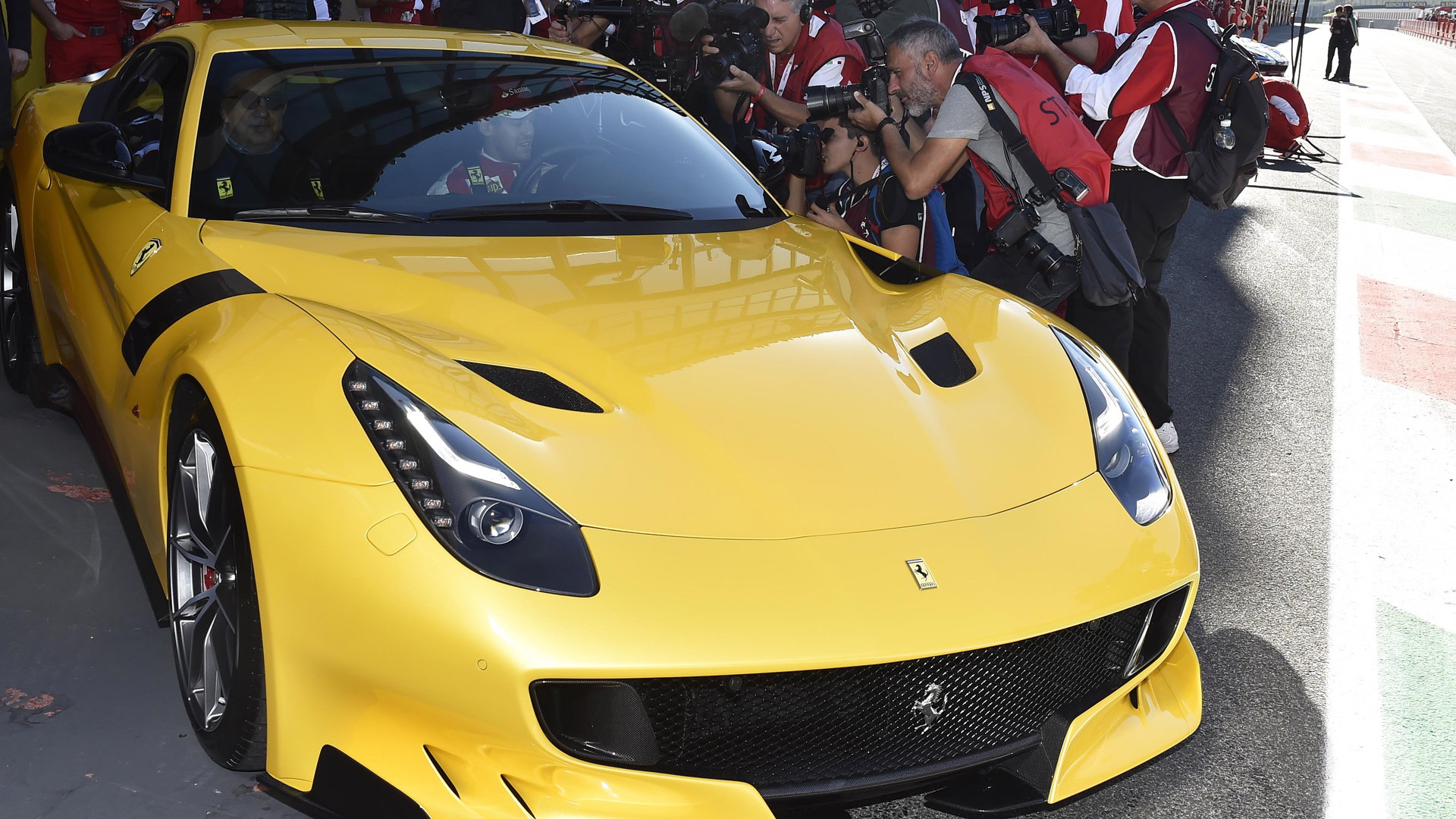 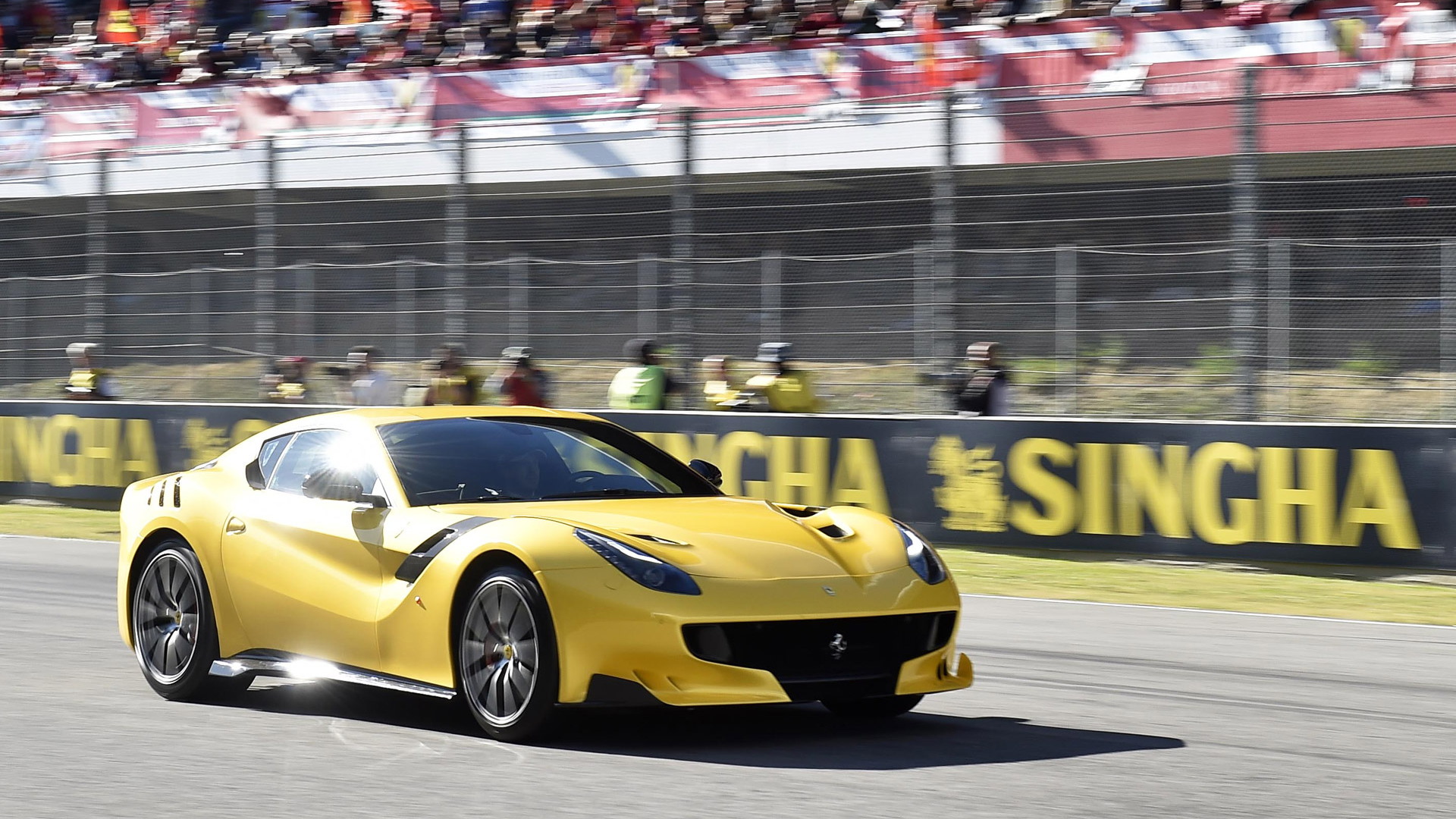 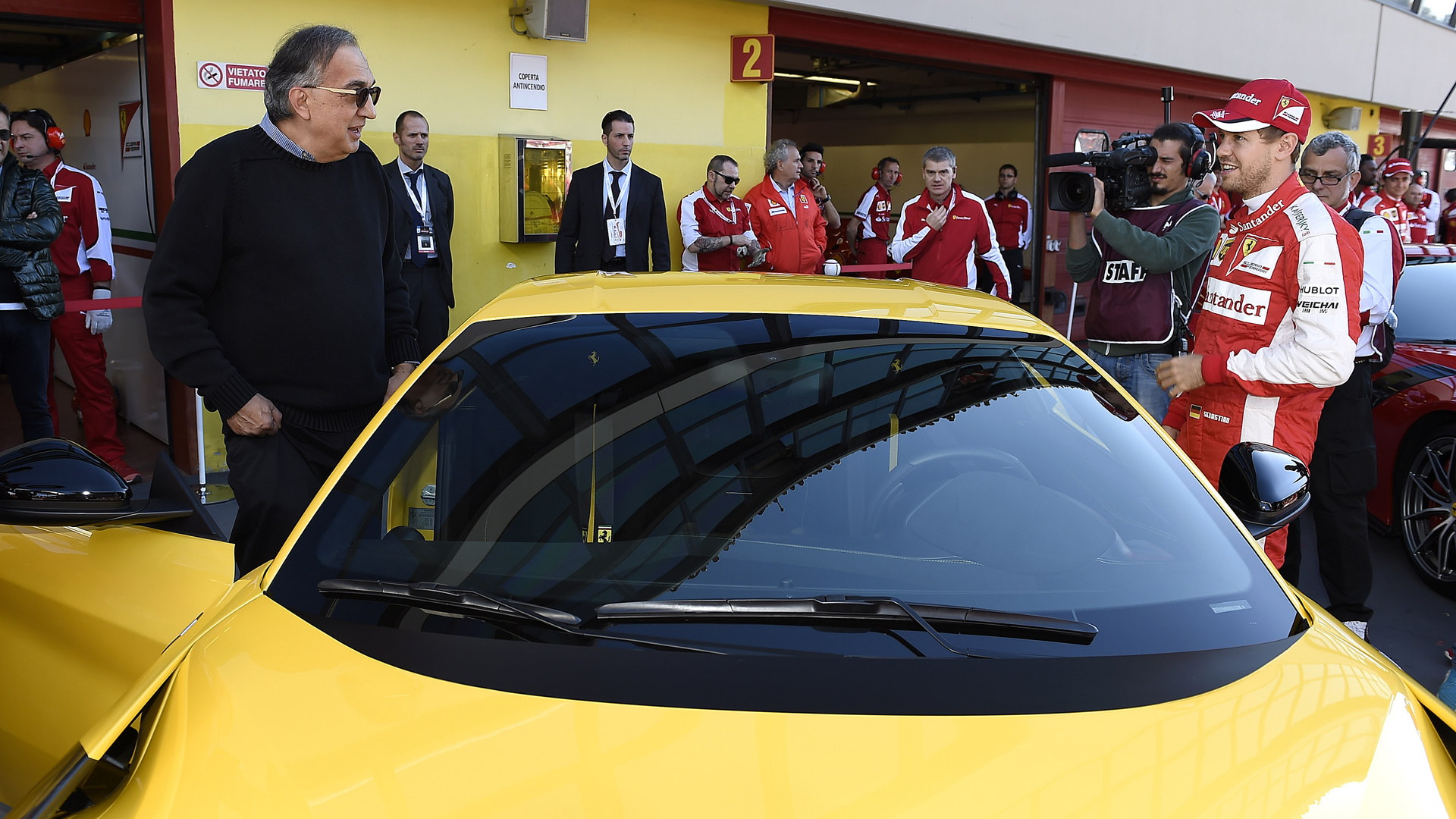 Ferrari’s [NYSE:RACE] new F12 tdf made its public debut over the weekend during the automaker’s recent Finali Mondiali celebration, which this year took place at Italy’s Mugello Circuit. However, before the 770-horsepower supercar headed out to the track, Ferrari—with a camera crew in tow—took the F12 tdf to its own Fiorano test track for some high-speed fun.

Some of the new body parts may look a little boy racer, but they’re all fully functional. According to Ferrari, the assortment of aerodynamic aids helps boost downforce, with up to 507 pounds generated at 124 mph—almost double that of the stock F12 Berlinetta.

Additional grip is generated by a wider track, with the front tires now 275 in size, up from 255. The rears are 315s. Another key element of the F12 tdf is a rear-wheel-steering system Ferrari calls the Virtual Short Wheelbase. It's integrated with the other vehicle dynamic control systems that help with cornering while also increasing stability at high speed.

The end result of all the upgrades, Ferrari says, is a Fiorano lap time of 1:21, making the F12 tdf two whole seconds faster than the stock F12. Oh, and in case you were wondering, tdf signifies that this special edition model celebrates Ferrari’s participation in the famous Tour de France Automobile race.

Below is a second video of F12 tdf making its debut at Mugello. Three examples of the car went onto the track: Kimi Räikkönen and Esteban Gutierrez accompanied respectively Ferrari CEO Amedeo Felisa and Piero Ferrari in two red examples while Ferrari Chairman Sergio Marchionne was Sebastian Vettel’s passenger in the yellow car with which the model was launched.