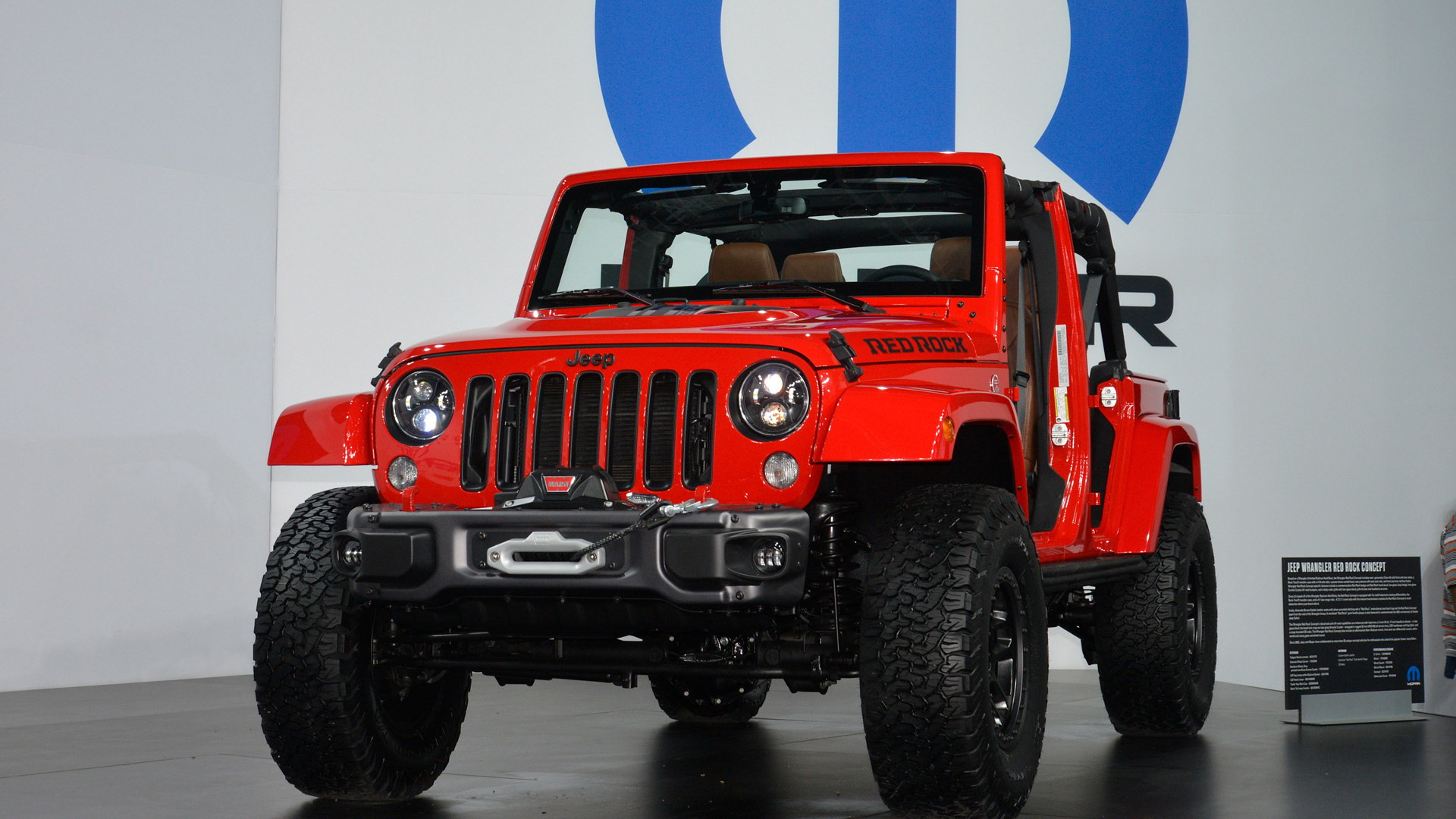 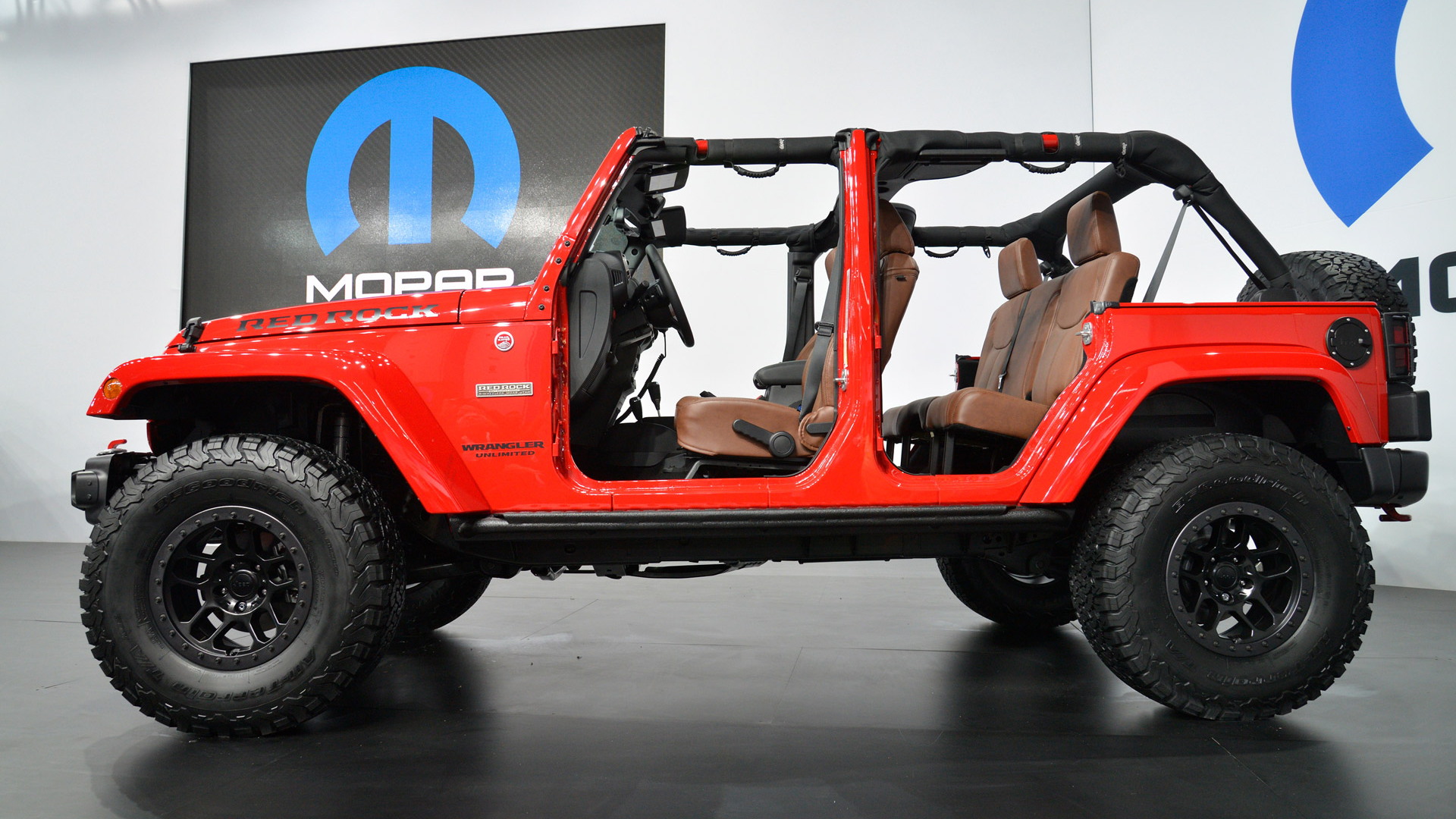 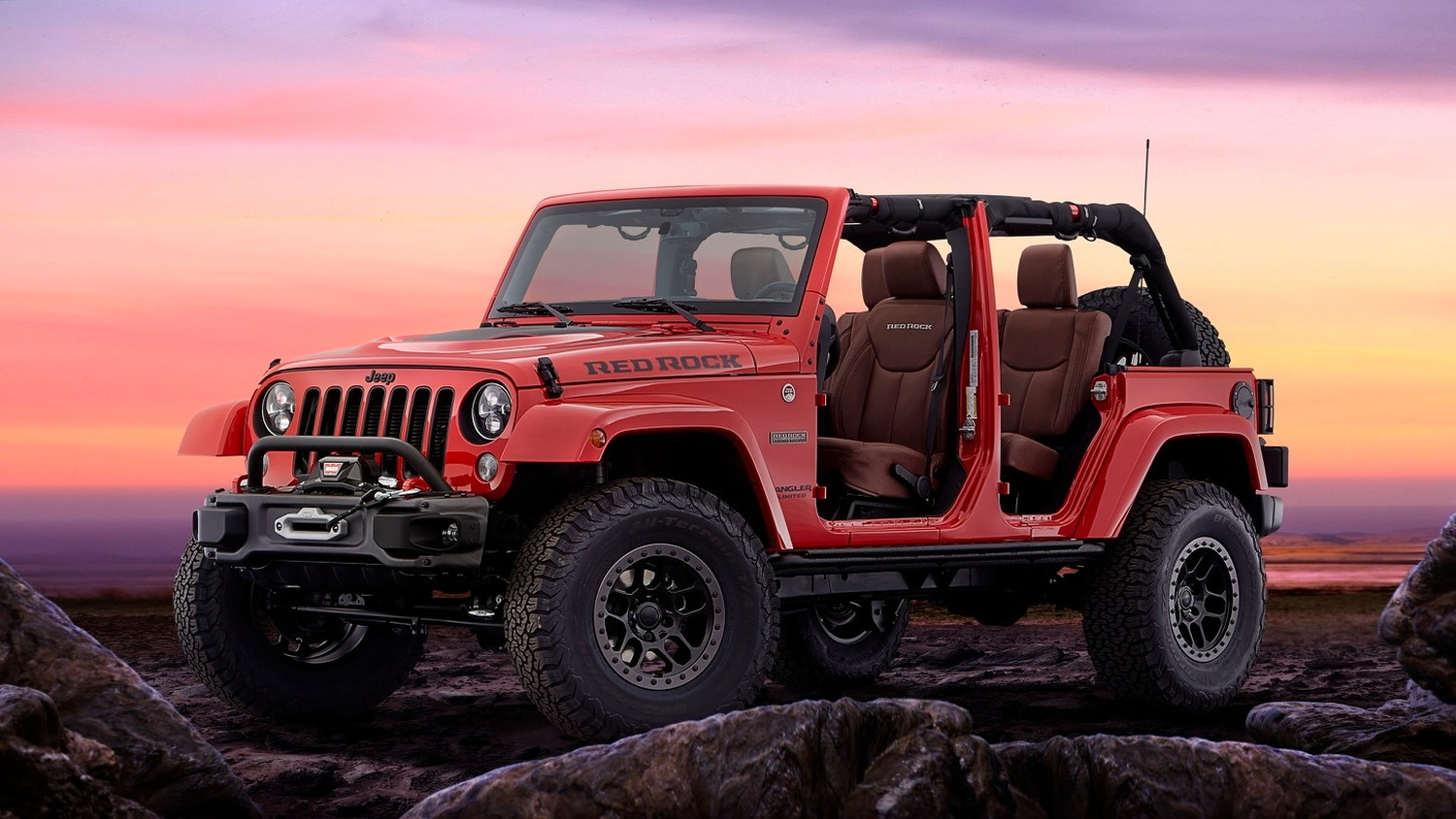 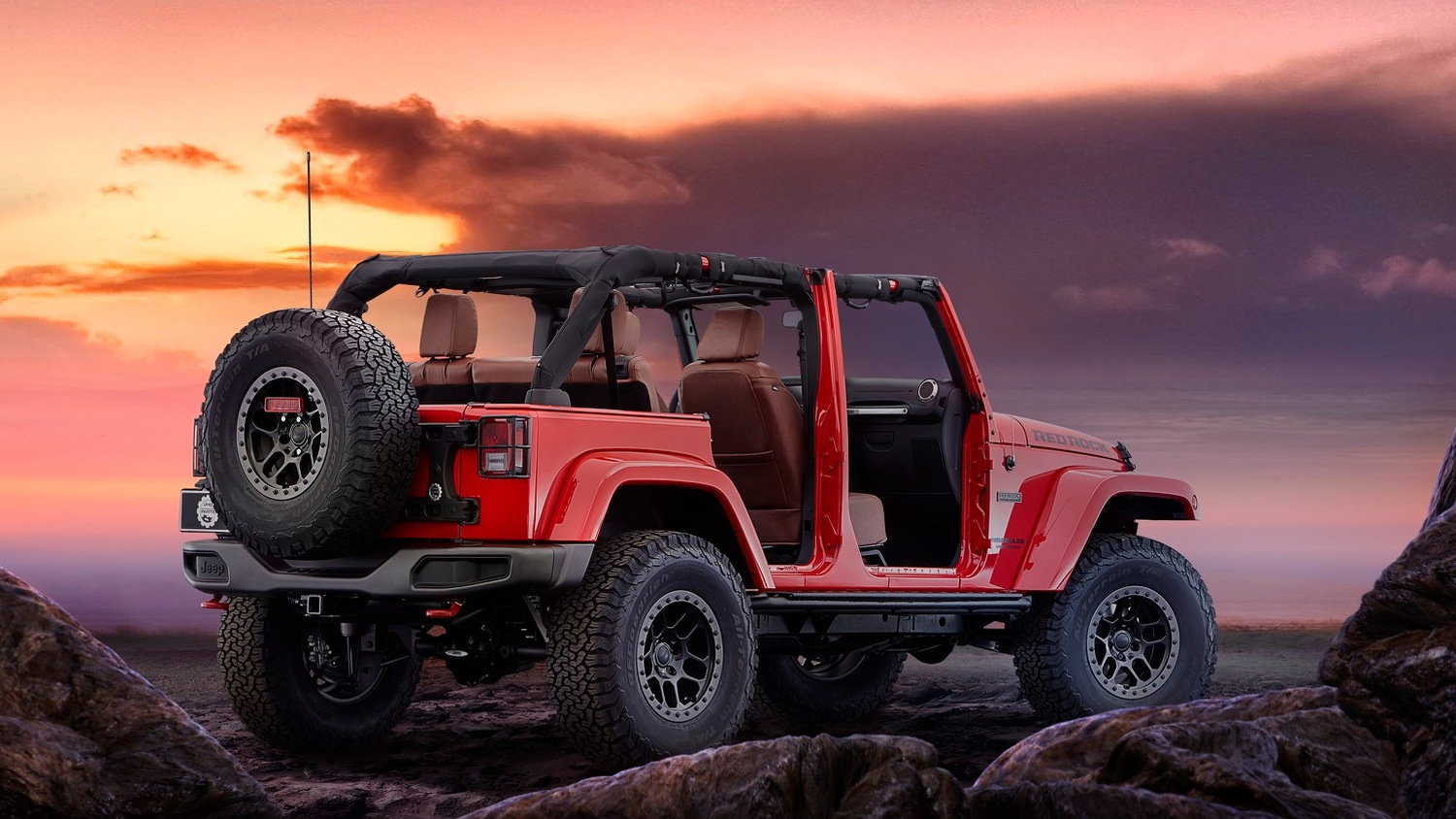 The Jeep Wrangler Red Rock concept is based on the Wrangler Unlimited Rubicon Hard Rock and features the typically show-vehicle mix of custom paint and interior trim, upgraded components and accessories.The Red Rock rides on "next-generation" Dana 44 solid front and rear axles, with electronic locking differentials and a Rock-Trac transfer case sporting a 4:1 low range. The manual-transmission-equipped Jeep also has a 73.1:1 crawl ratio for getting over tough obstacles.

Unlike many SEMA show vehicles, you may actually be able to buy the Red Rock, or at least something like it. Jeep says the concept previews a special edition model that will go on sale next year, with production limited to just 50 units. Some of the concept's parts will also be offered as standalone items through Mopar.

The Jeep Wrangler Red Rock concept shares the SEMA show floor with several other Fiat Chrysler Automobiles [NYSE:FCAU] models, including the Dodge Dart GLH concept and an all-wheel drive Dodge Challenger. For full coverage, head over to our dedicated hub.