The new video game Forza Motorsport 6 is proving to be a veritable treasure trove for potential specs for the Ford Motor Company’s [NYSE:F] upcoming GT supercar. A week ago we were given figures for the car’s output and weight, and now we have a whole list of additional numbers.

We should note that figures for other cars in previous Forza games haven’t always been entirely accurate, and it’s likely some of these numbers for the new GT are just estimates as well. That said, the new GT is the hero car of the game and we know the software developers worked closely with Ford to get the virtual version looking and driving just right. 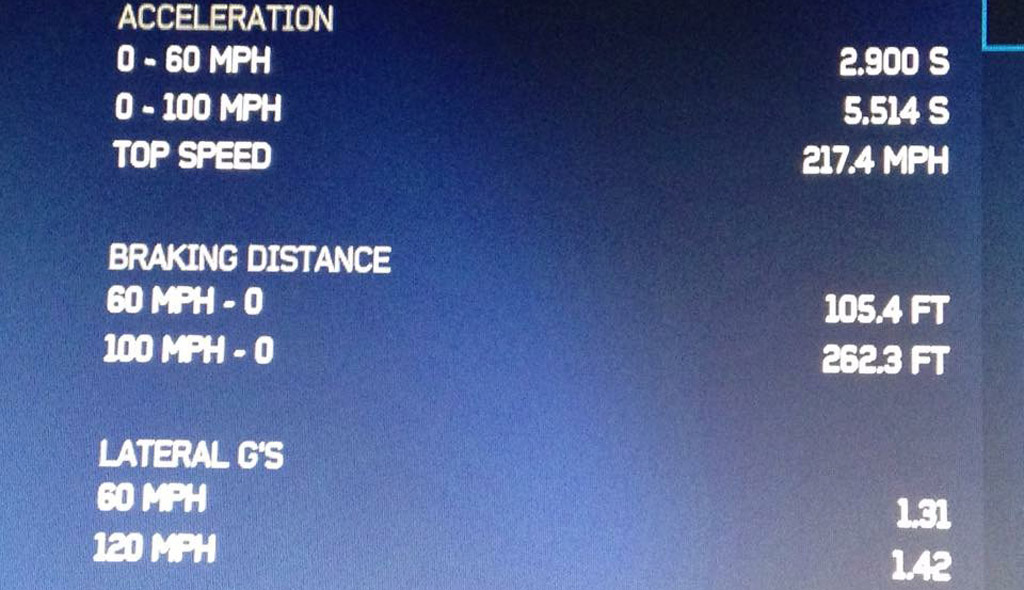 According to the game, the new GT needs just 2.9 seconds to reach 60 mph. That’s a fair estimate given the previously revealed power and weight figures as well as the fact that the GT only has rear-wheel drive. The top speed of 217.4 mph is also a reasonable estimate and pretty much where most of the competition lies.

The new GT is expected to cost around $400,000 when it’s launched on the market late next year. And based on our spy shots of prototypes, it appears the production version will appear almost identical to the show car first unveiled at the 2015 Detroit Auto Show.

Thanks once more to Zhenya for sending in the tip!