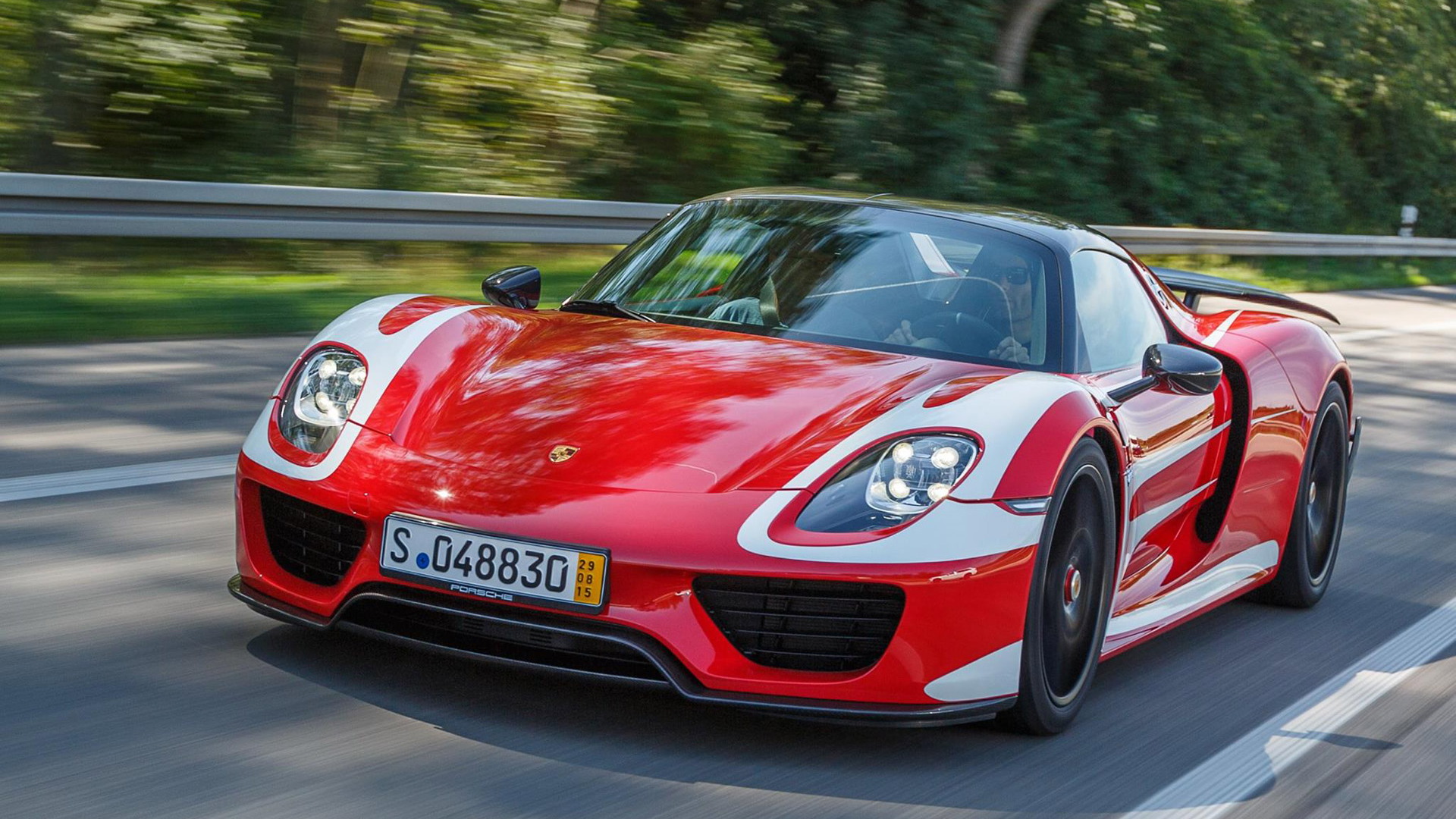 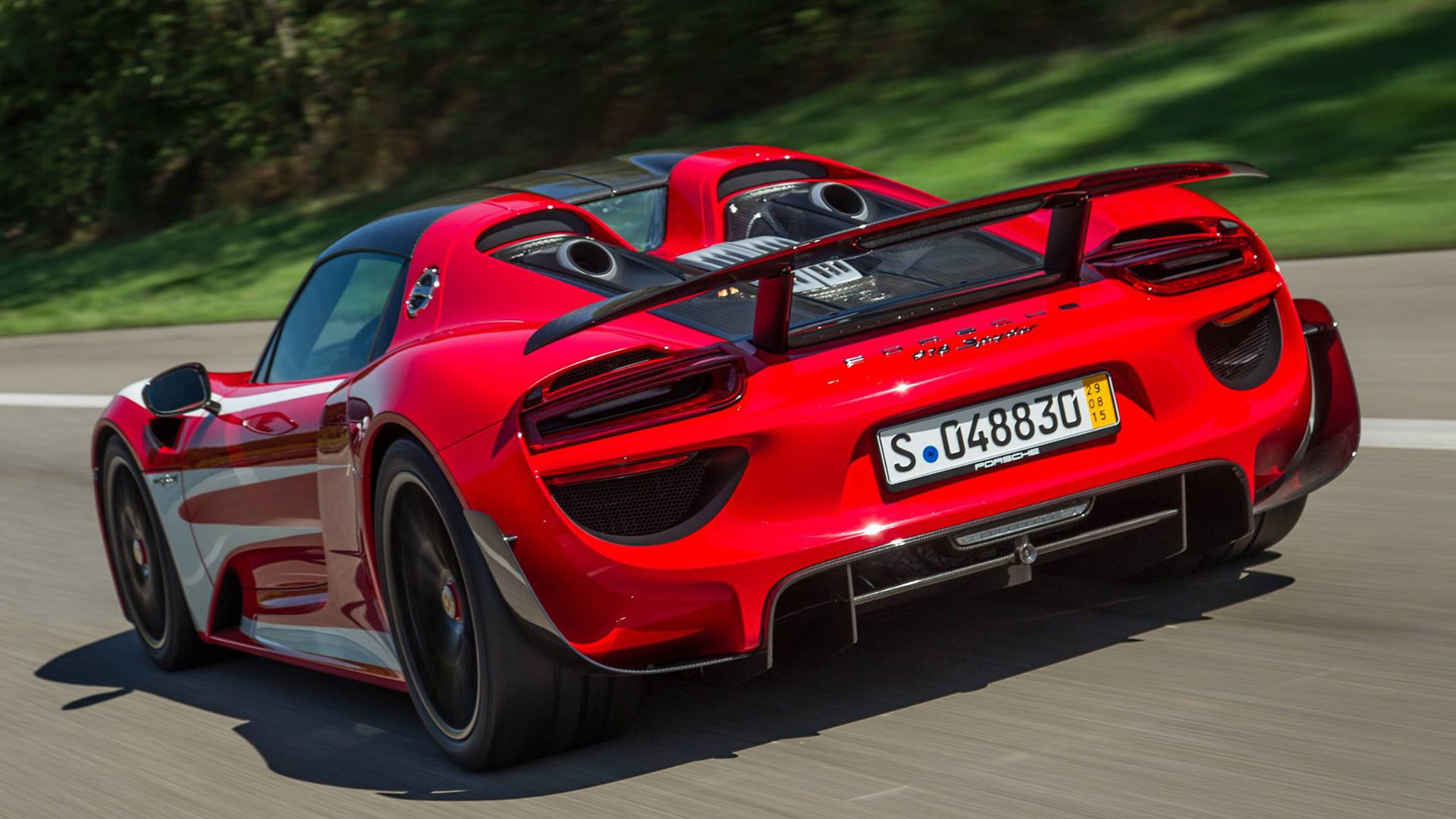 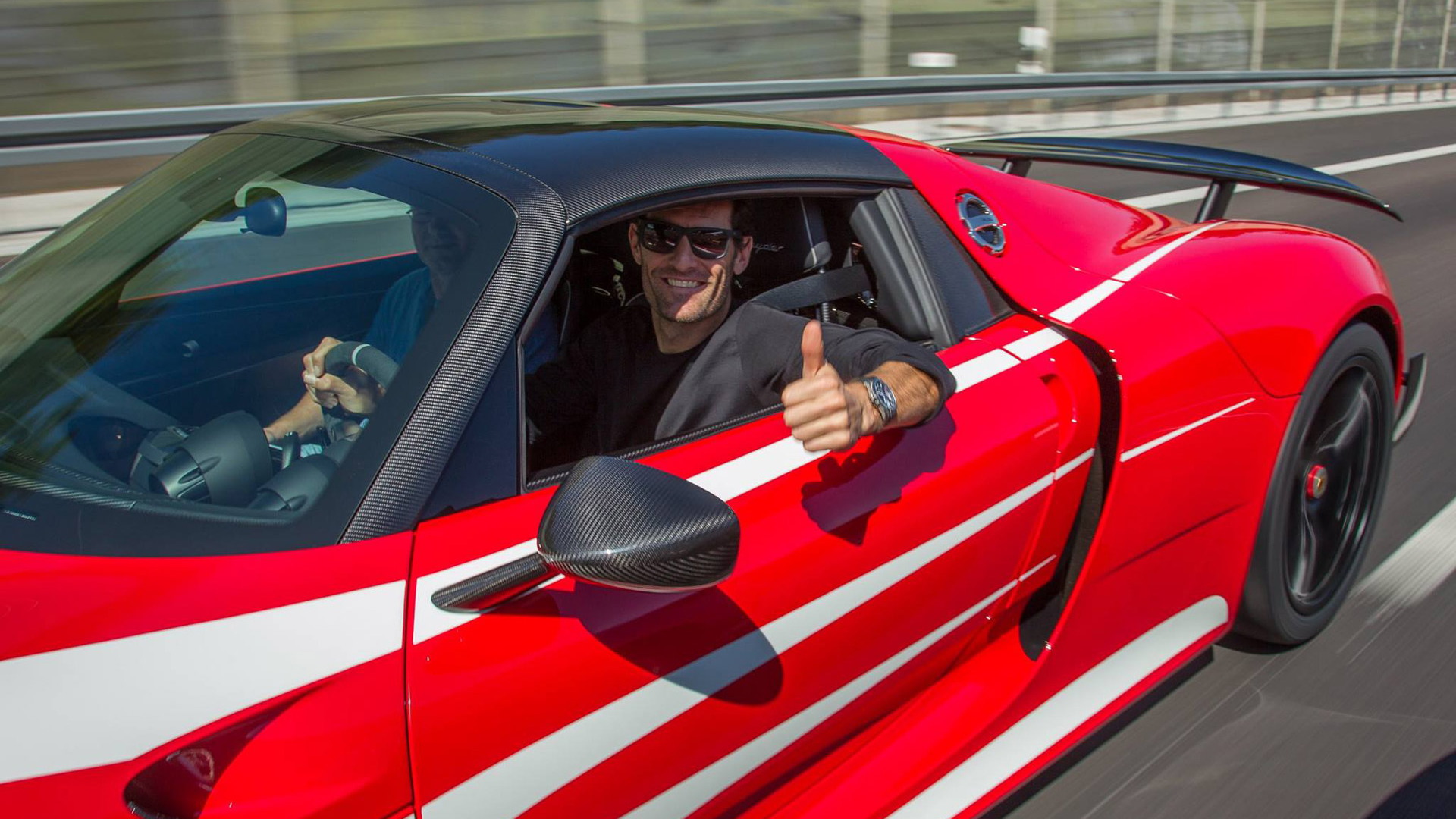 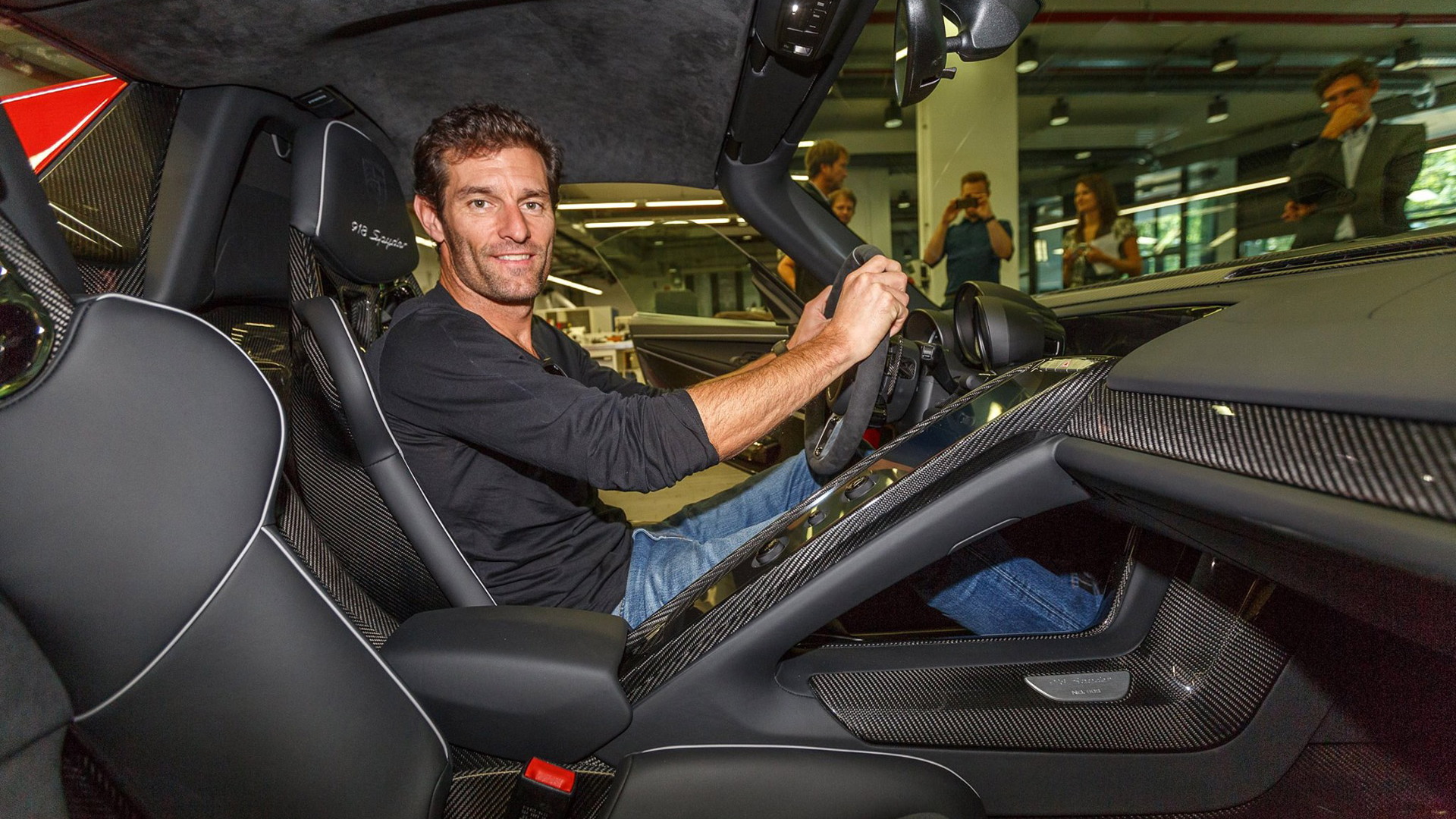 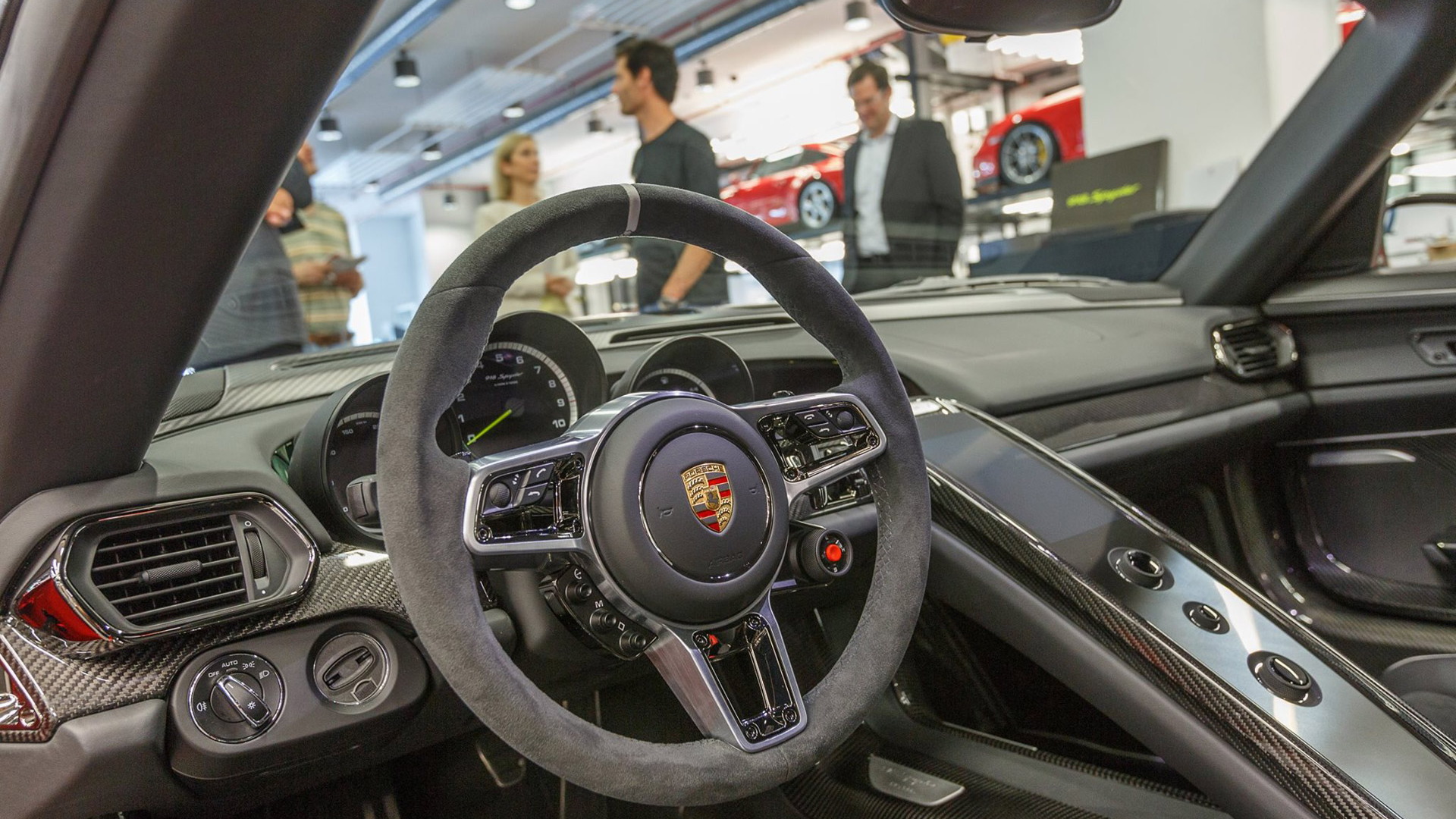 It’s a well-known fact that racing driver Mark Webber is a huge fan of Porsche, with the Australian even purchasing the last 911 GT2 RS during his days driving for the Infiniti Red Bull Racing Formula One team. Now he’s added an even faster Porsche to his fleet, the 918 Spyder hybrid supercar.

Webber is currently at the Nürburgring for the latest round of the 2015 World Endurance Championship, in which he is driving for the Porsche factory team. But prior to heading out to the ‘Ring, he stopped by Porsche headquarters to pick up his new car.

It’s fitted with the 918’s available Weissach package, naturally. This trims weight and enhances the aerodynamics to enable the car to produce even quicker laps.

Some personal touches, meanwhile, include a red and white livery that mimics the design used on the number 17 Porsche 919 Hybrid race car Webber is driving this season together with Timo Bernhard and Brendon Hartley.

Hopefully there’s enough free time in his schedule to actually drive the 918, though, because we’re sure he’ll be eager to take it for a spin on some of his favorite roads. We’ve also driven the car, so for our own impressions be sure to read our first drive report.

In related news, Porsche has confirmed that it will be continuing its LMP1 program in the World Endurance Championship until at least the end of the 2018 season. Porsche, which is already experiencing success in top-level endurance racing since returning last year, says it sees further potential for future synergy between the racing and road car programs, which is the main reason for its continued participation.