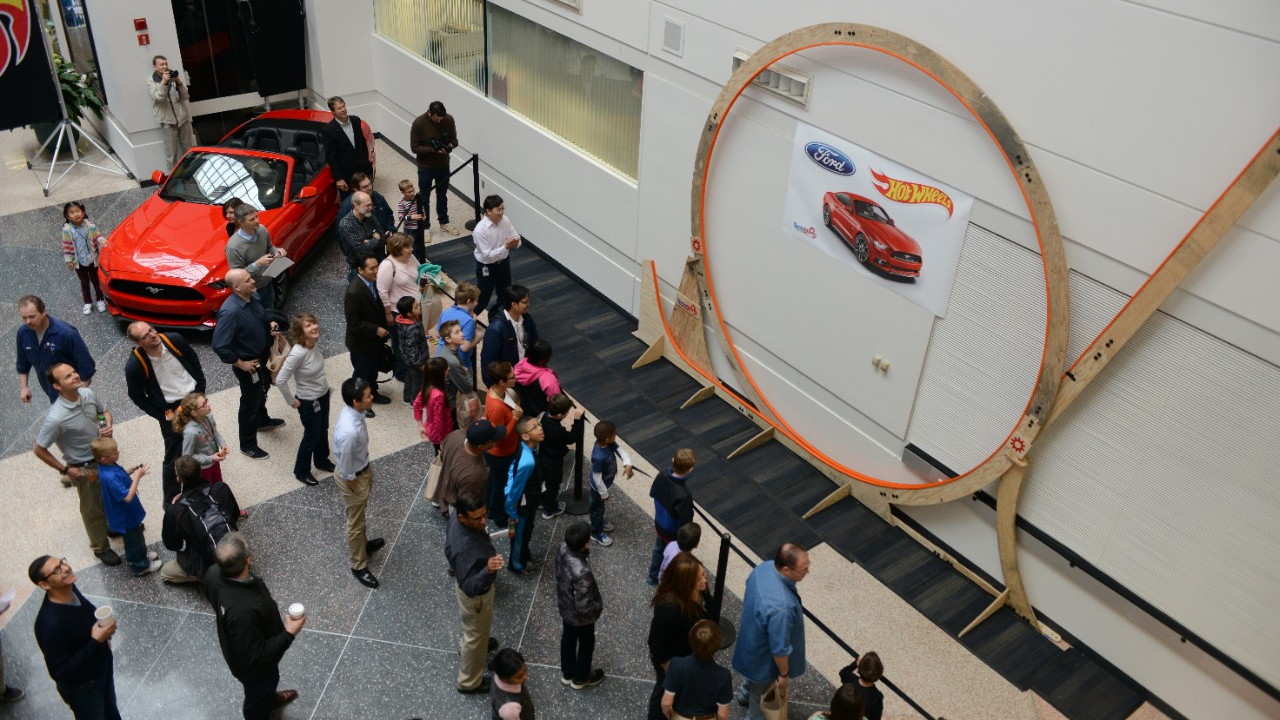 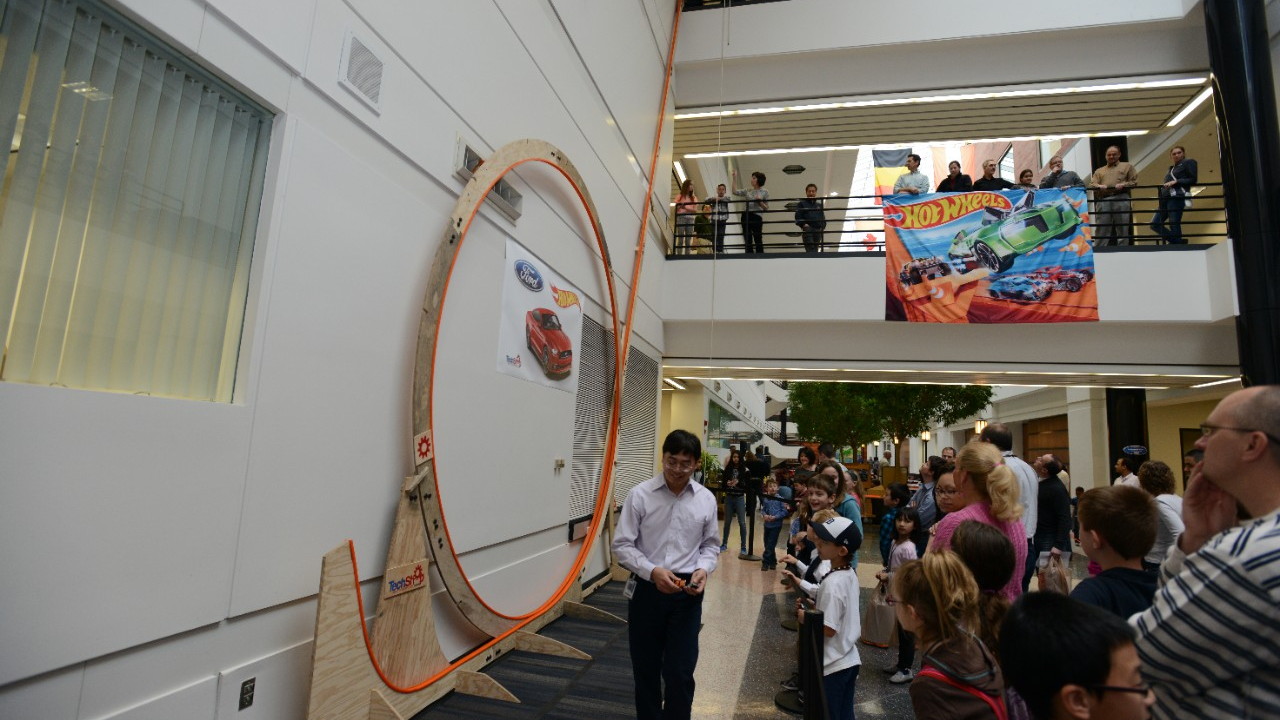 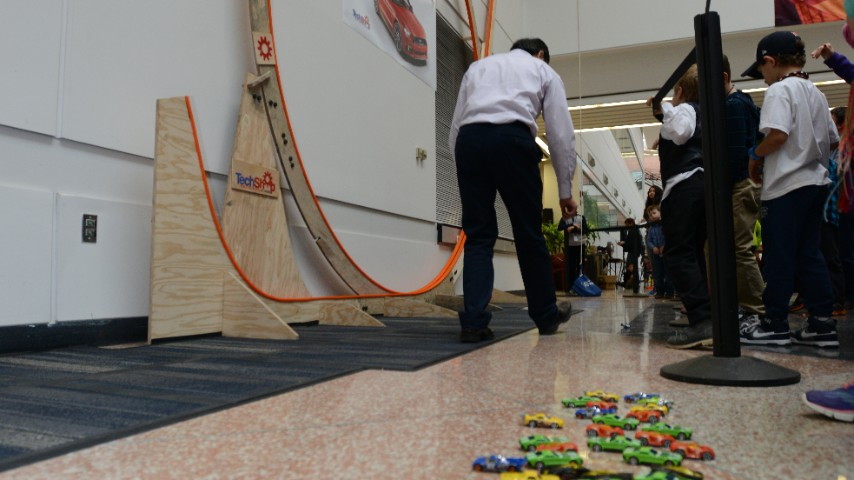 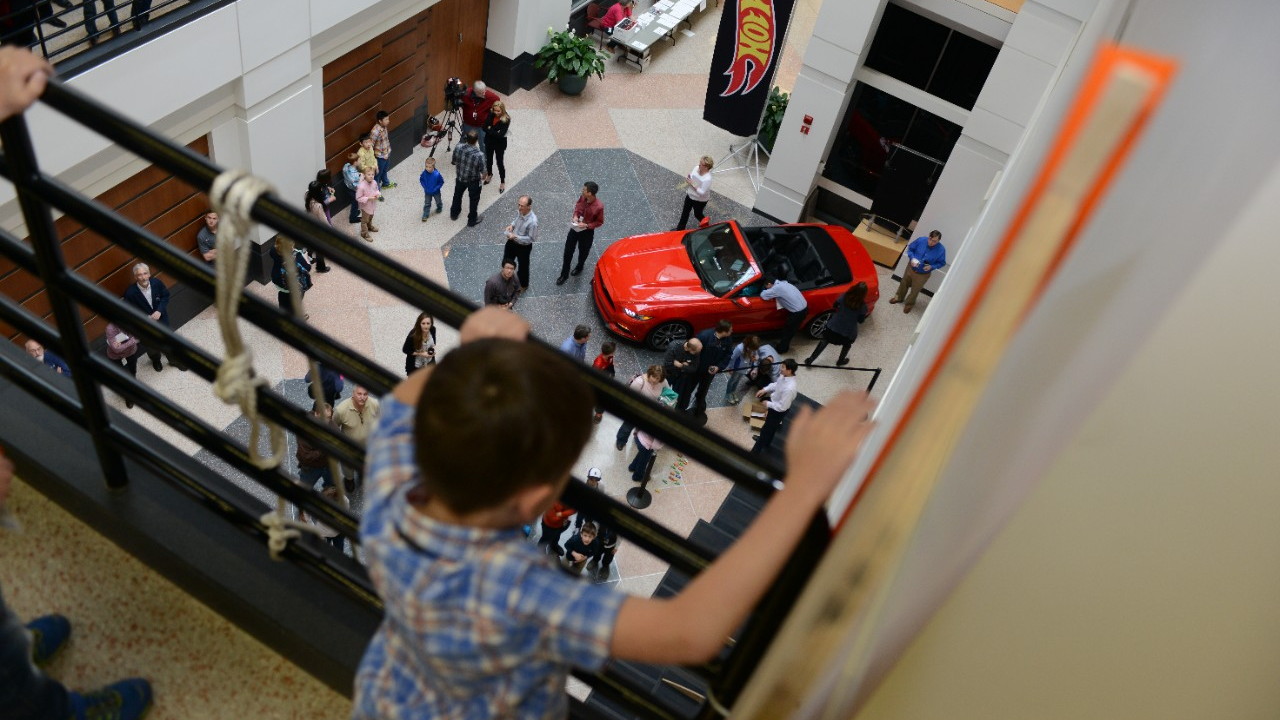 Take Your Child to Work Day often results in some unexpected surprises—but very few of them end up in a new world record. But for one Ford employee and his son, that’s exactly what happened: they’ve set a new Hot Wheels loop world record.

Ford dynamometer technician Matt West and his six-year old son Blade moved from their home playroom (the site of previous large Hot Wheels loop exploits) to the three-story atrium of the Ford Research and Innovation Center in Dearborn for the record attempt.

The result? A 12-foot, 6-inch loop that obliterated the previous world record.

“It started as part-fun, part-physics lesson with my son at home,” said West. “We built one in our playroom, and then built a five-foot-tall loop in our backyard. When people at Ford heard what we were up to, everyone thought it would be a great way to get young people excited about science and engineering by trying to break the world record on Take Your Child to Work Day.”

Once the project was underway, others stepped in to help, and the help was big: Will Brick, general manager of TechShop Detroit, helped turn the digital design files for the plywood-based loop/ramp into real-world segments that could be assembled into the record-setting loop.

“On a track, a Hot Wheels car can only go so fast, so carrying the momentum of the vehicle through an entire loop is harder than you might think,” said West. “In a world where kids are inundated with TVs and tablets, I thought teaching my son with actual moving vehicle models would be so much more rewarding, and then it took on a life of its own.”

Indeed it did. And what a cool life it is.