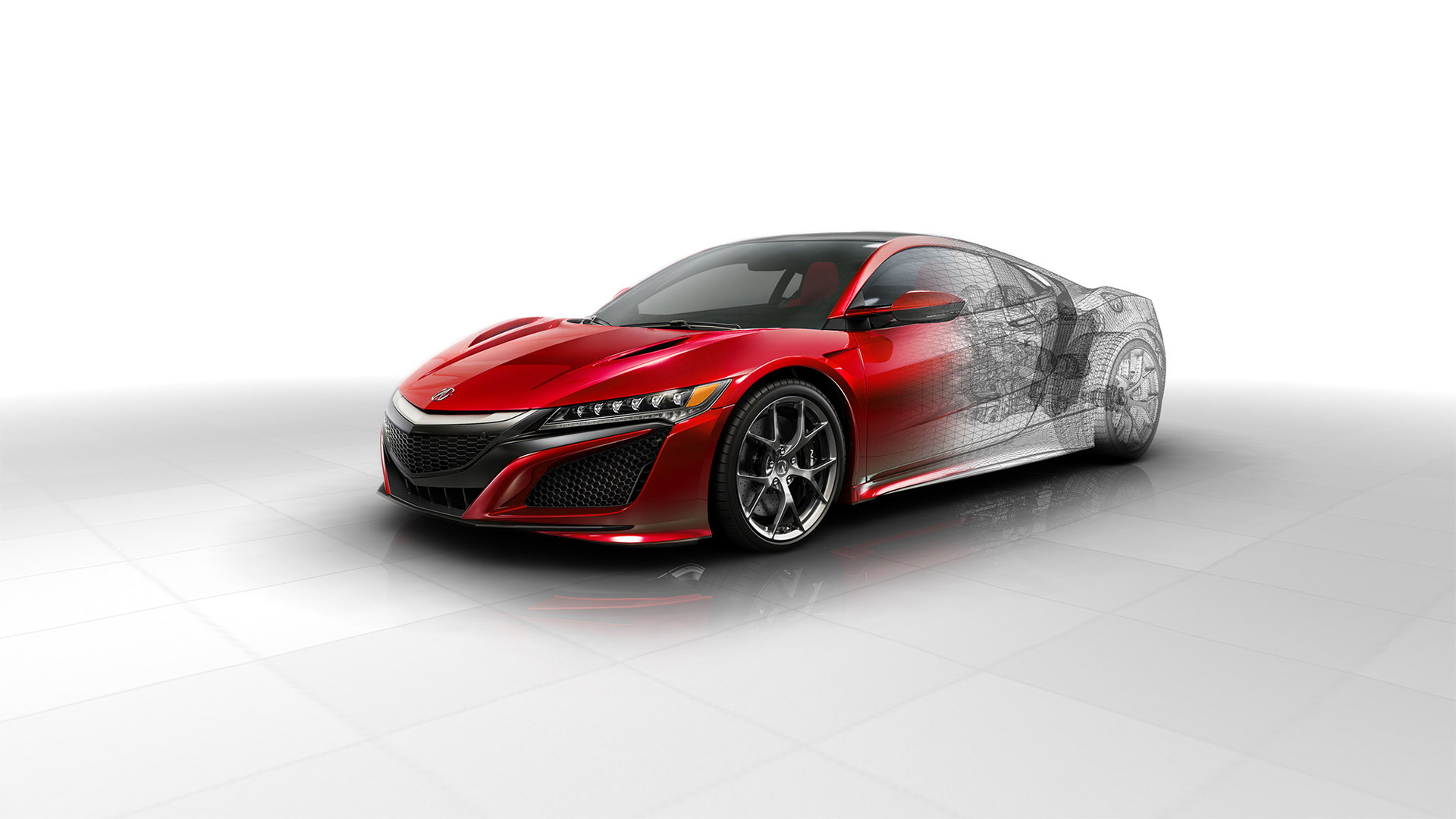 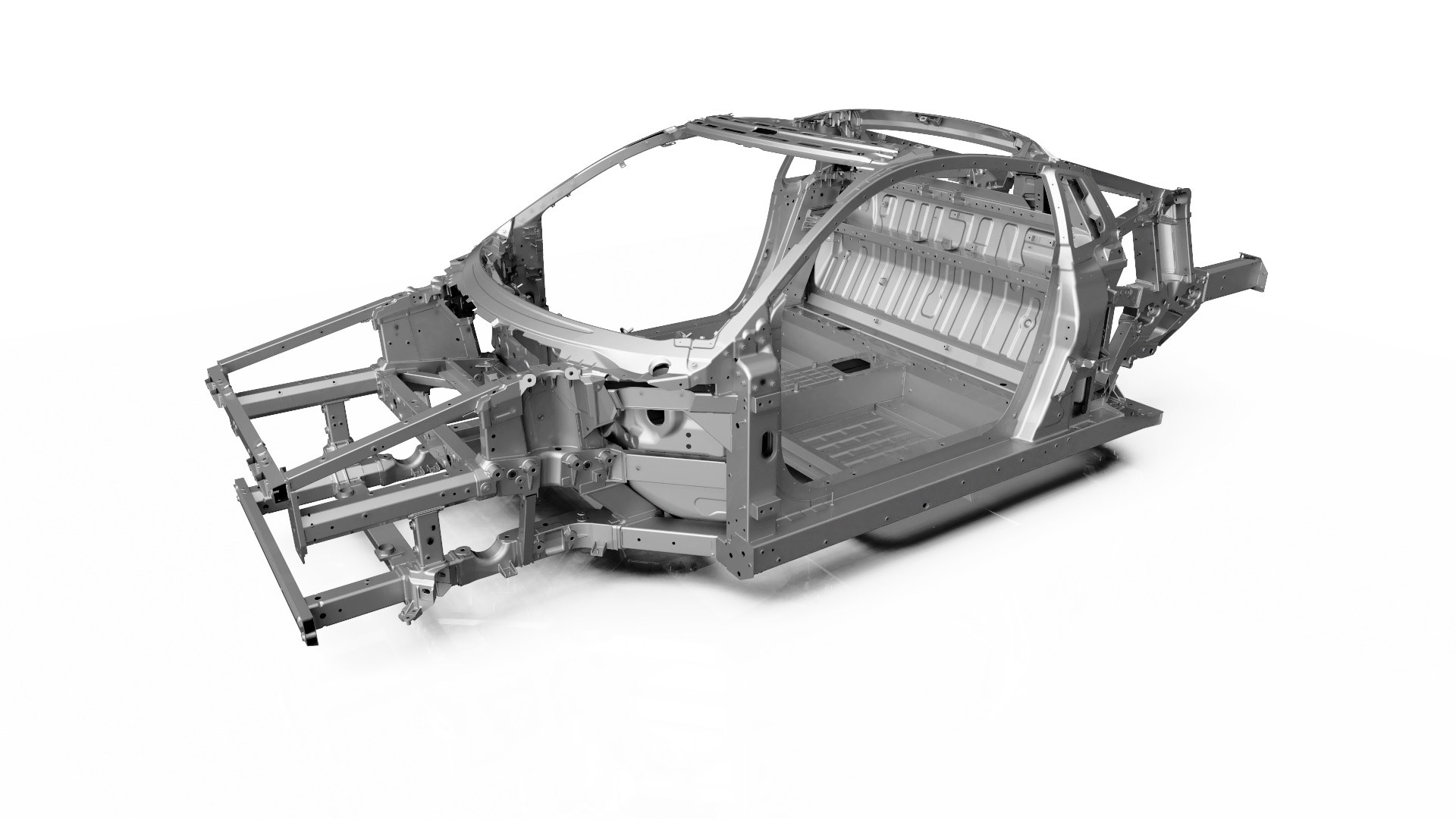 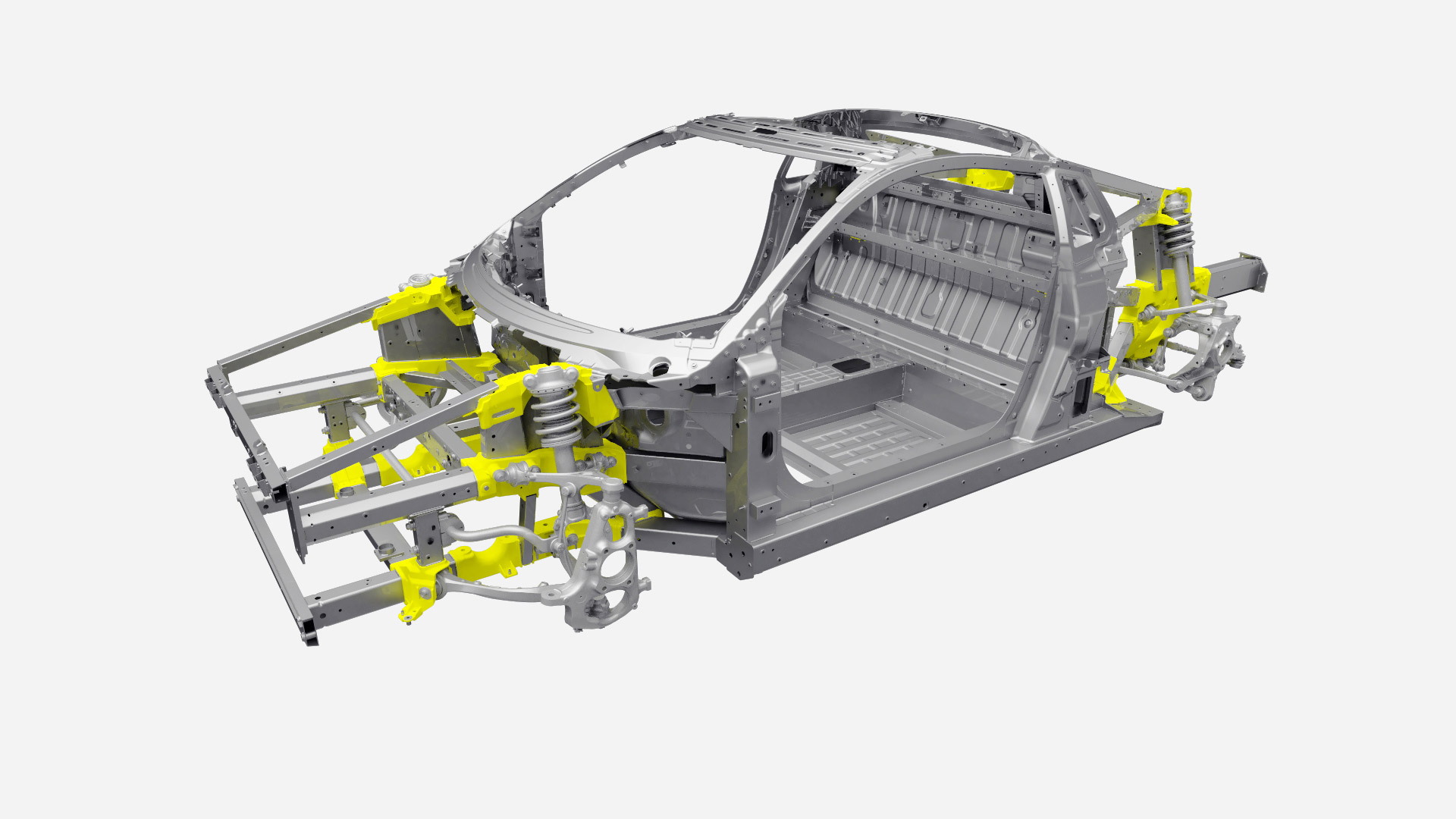 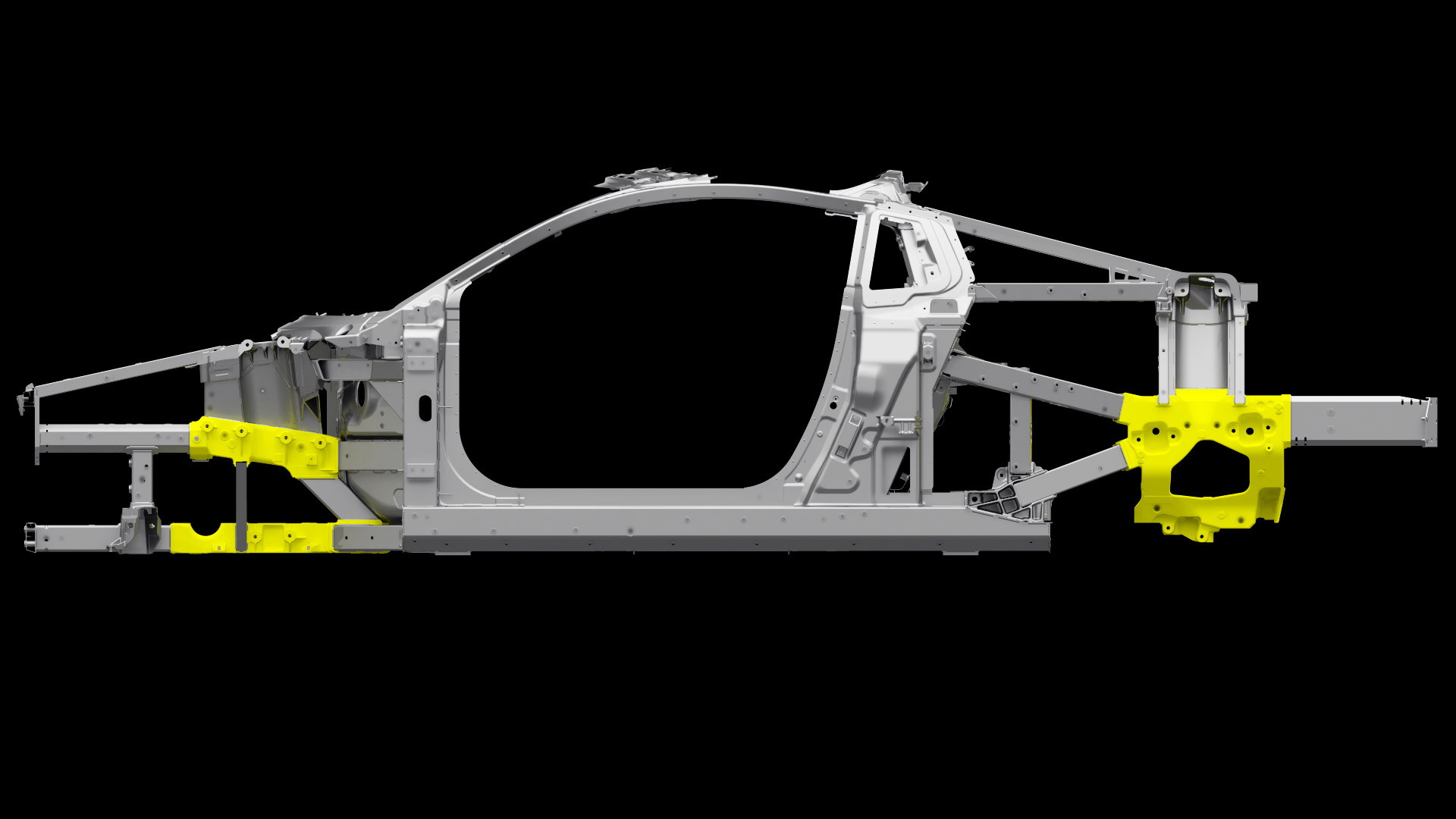 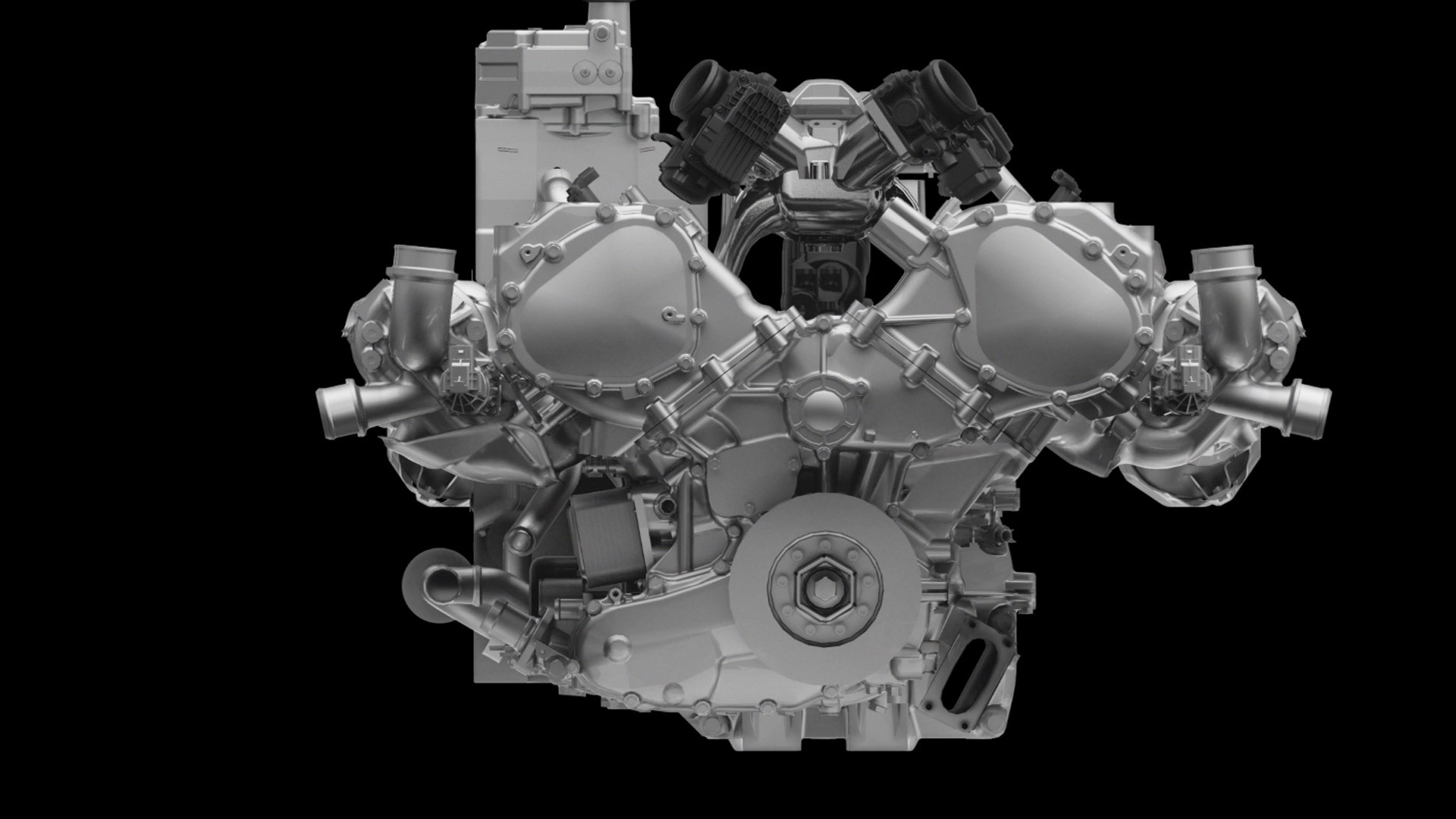 When it finally launches on the market, the 2017 Acura NSX will be one of the most advanced performance cars in production, a feat made all the more impressive when you factor in that you won’t need to be a millionaire to afford one (Acura hasn’t mentioned pricing but the sticker is expected to fall well below $200k). The individual components found on the car are impressive in their own right, but in the new NSX they’re combined in a sexy, mid-engine package that Acura assures us will also be one of the best-handling cars on sale.

We’re talking about a lightweight, multi-material spaceframe chassis in which a twin-turbocharged V-6 is paired with a nine-speed dual-clutch transmission and works in conjunction with a trio of electric motors powered by lithium-ion batteries. Yes, if you’re a tech head, your dream car has arrived in the form of the new NSX.

Starting with the chassis, the engineers decided on a spaceframe design that combined lightweight aluminum and carbon fiber with high-strength steel to boost rigidity while keeping weight down. But it’s not just about materials as the engineers also employed some advanced construction techniques, including the auto world’s first use of ablation casting, which results in the design flexibility and rigidity of traditional casting with the ductility and energy absorption characteristics of extruded material. 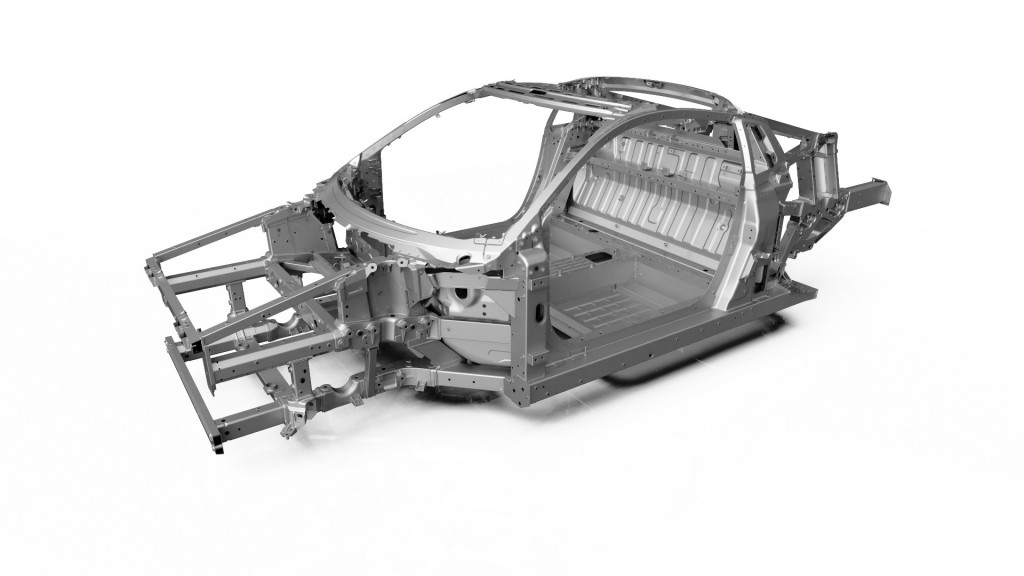 On top of this, the new NSX also features three-dimensionally formed ultra-high-strength steel A-pillars. This allowed the engineers to keep the pillars thin, improving visibility, while at the same time providing the strength to ensure the cabin remains intact in the event of a rollover. Finally, the aluminum-intensive spaceframe is complimented with a carbon fiber floor to add further strength and rigidity.

With the chassis sorted, attention was turned to the body, where airflow—for both aerodynamic needs and cooling—dictated how each panel was formed. Computational fluid dynamics was used extensively during development to allow the U.S.-based development team to maximize the performance of a powertrain being developed in Japan.

According to Acura, the engineers managed to achieve an impressive balance between drag and downforce without the need for any active aero components. At the same time, the body has been designed to also ensure that enough cool air reaches the car’s 10 heat exchangers responsible for cooling the electric motors, V-6 and transmission. This has been achieved mostly through the use of vents and precision ducting in key areas around the body. 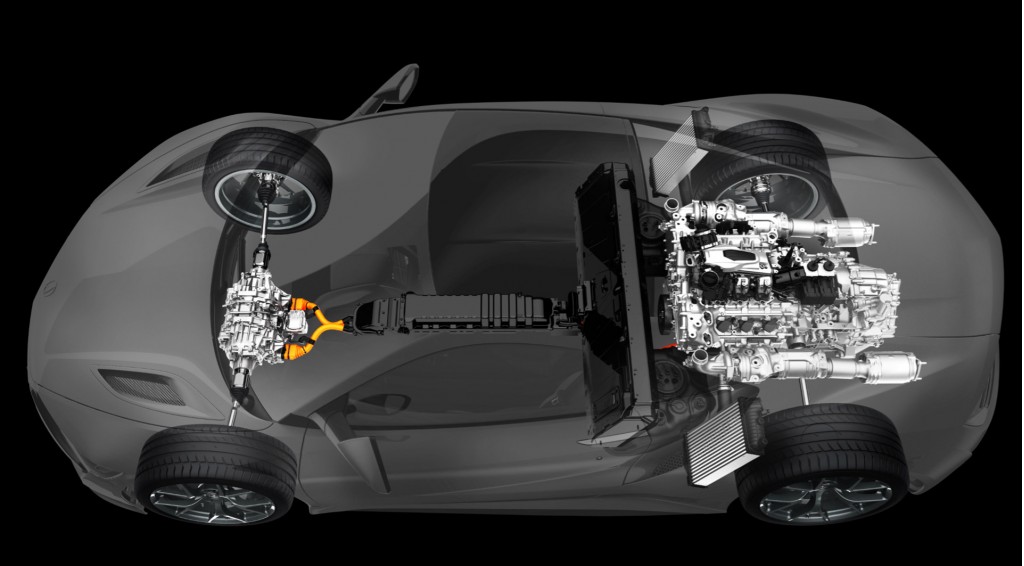 For the powertrain, the engineers went with a design that’s similar to the one in the Porsche 918 Spyder, a car that was priced close to $1 million. At the heart of the powertrain is a longitudinally-mounted, dry-sumped twin-turbo V-6. It’s mated to a nine-speed dual-clutch transmission and one of the three electric motors, and drives the rear wheels. The rear electric motor aids accelerating, braking, and transmission shift quality, and is also used to recharge the battery.

Up front, the remaining two electric motors help provide more forward traction, as well as vector torque to improve handling to a level that the driver should enjoy an “on rails” experience. They do this by applying a precise application of torque, even negative amounts if necessary, at each of the front wheels at any moment. Variable gear ratio steering is also featured to further enhance the handling.

Unfortunately, Acura is still withholding the key performance numbers such as the horsepower and torque, as well as the acceleration and top speed for its new NSX. Hopefully we’ll get those numbers soon but already it’s safe to assume that buyers won’t be disappointed.