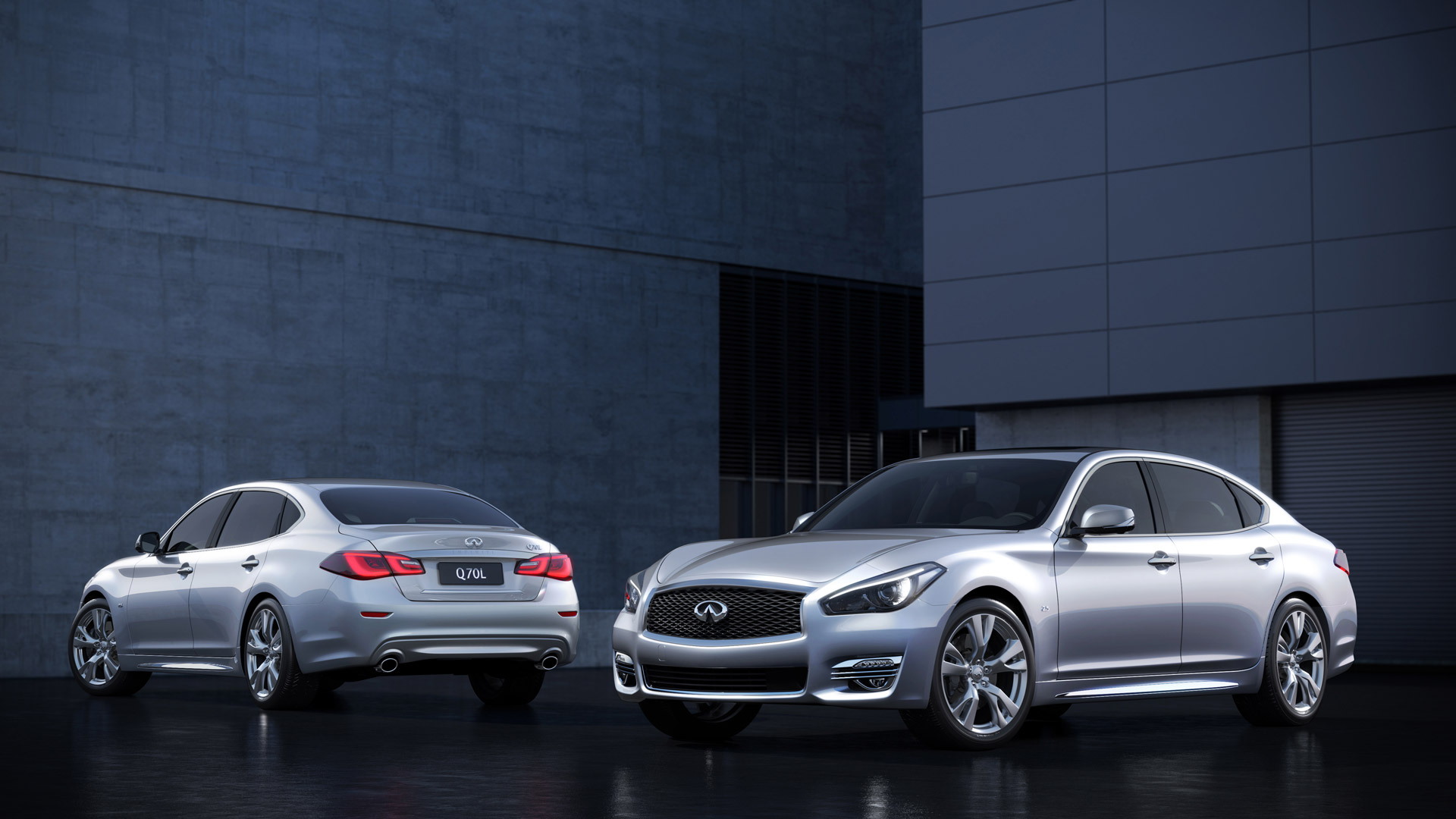 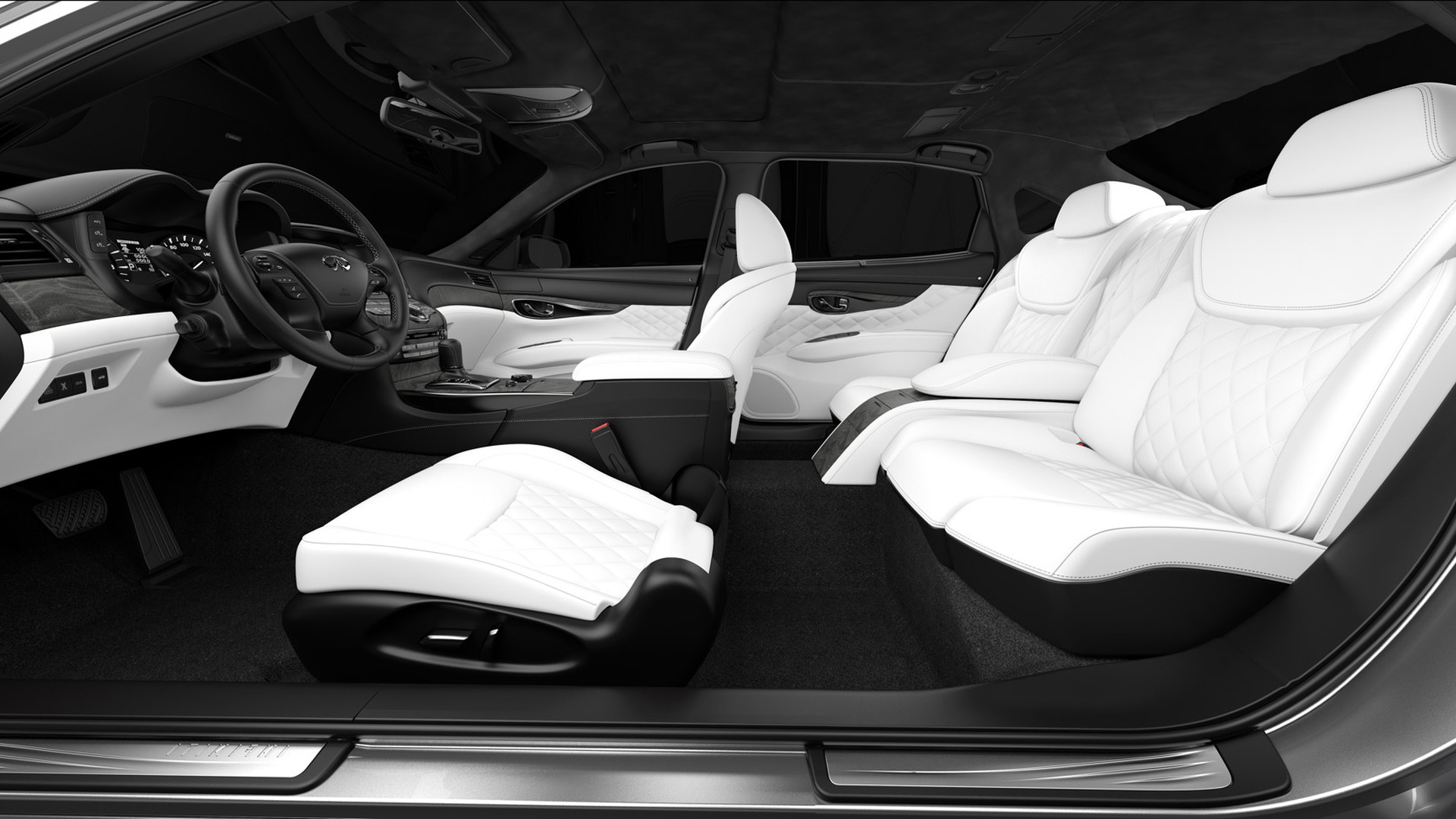 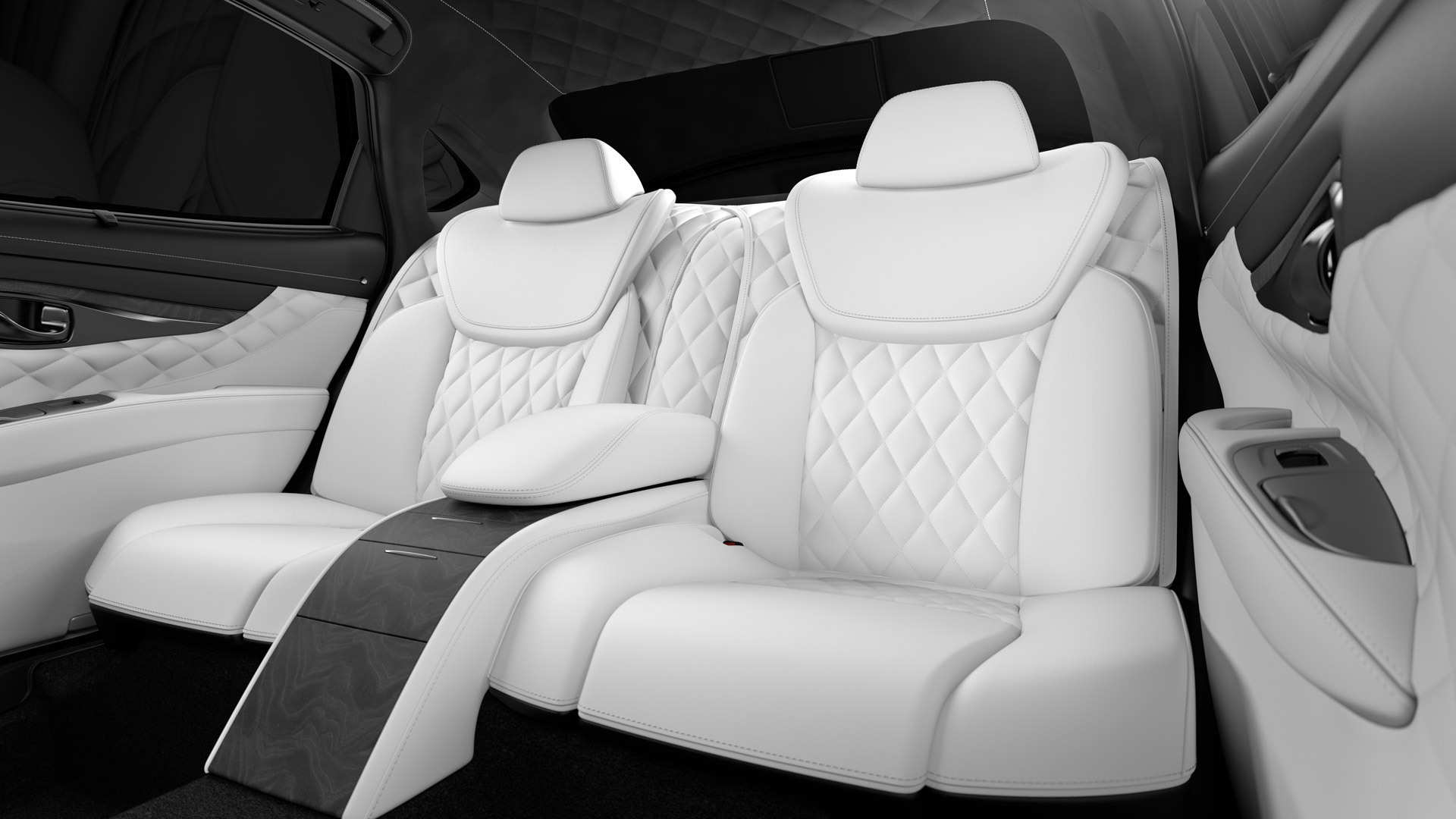 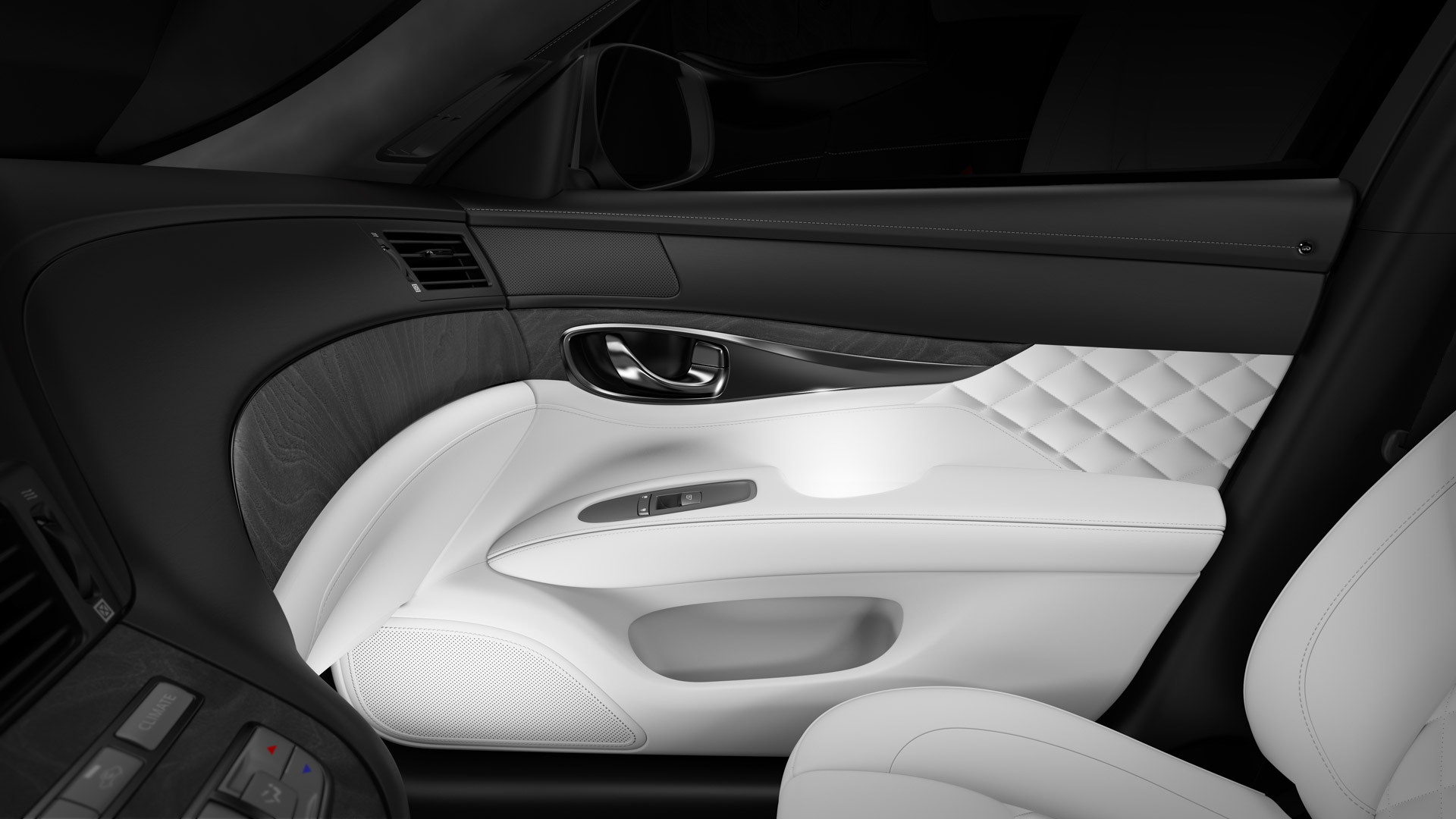 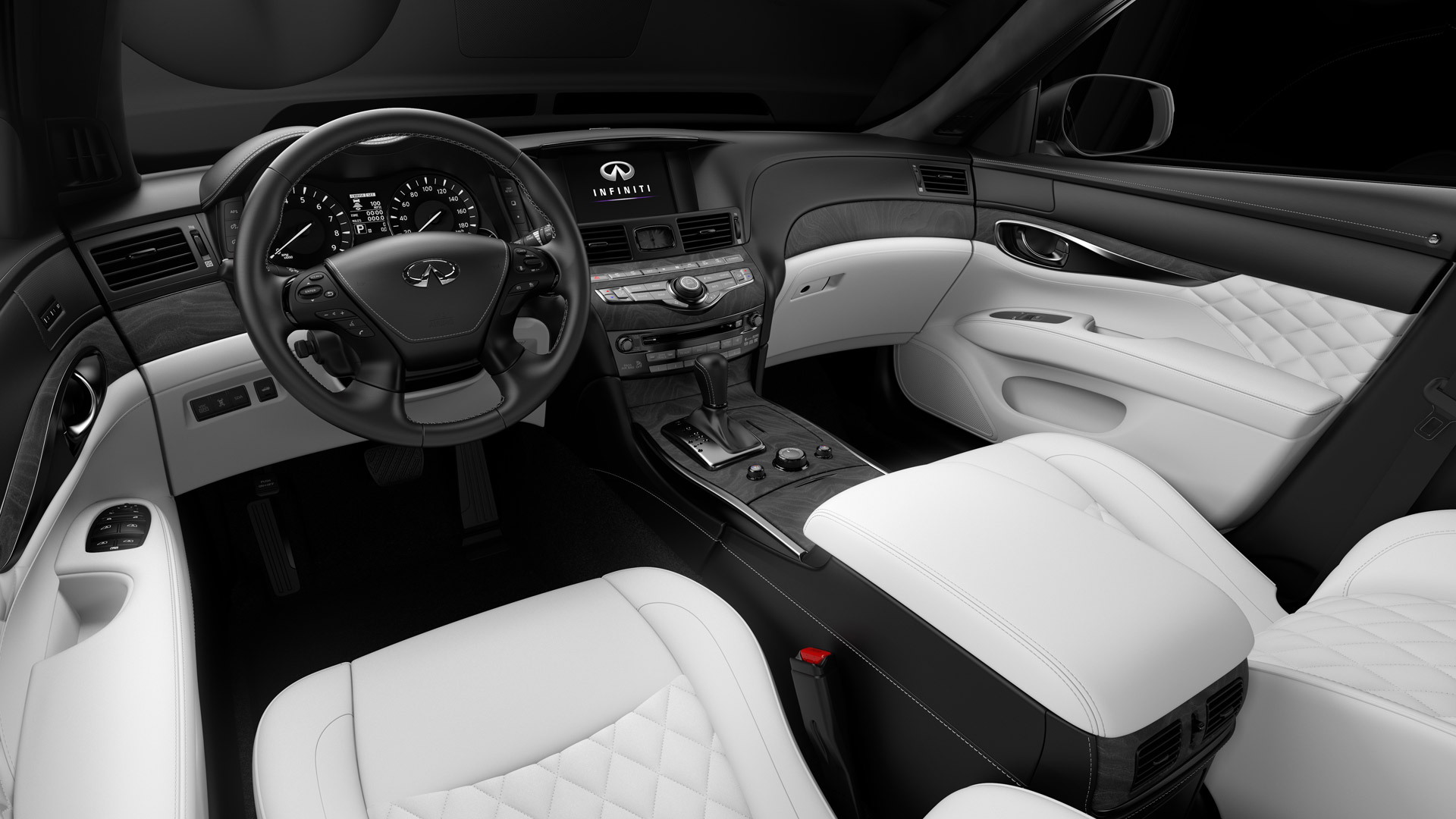 With no new products coming onto the market this year, the highlight of Infiniti’s stand at this week’s 2015 Shanghai Auto Show was a concept hinting at a more luxurious version of the Q70L. The long-wheelbase Q70 was originally the domain of the Chinese market but was added to the brand’s U.S. lineup last year as an option for anyone keen to add a bit of extra legroom in the rear. Now, it’s been given a bespoke touch which at Infiniti means quilted leather—everywhere.

The more luxurious Q70L shown in Shanghai is called the Q70L Bespoke Edition, and as its name suggests the car has been enhanced with a few handcrafted elements. The enhancements are found in the interior, creating an almost concept car-like presence. For example, four individual seats have been installed and come lined with premium leather with a quilted pattern. Quilted leather is also used on the door panels, and it’s even found on the headliner.

Infiniti hasn’t mentioned if it will offer similar enhancements on its current lineup of cars, though there are hints the automaker’s future lineup may come with a bespoke option for anyone not satisfied with the standard fittings. The automaker states that the look of the Q70L Bespoke Edition is somewhere between the interiors offered in its current lineup of cars and those more outlandish designs found in concept cars, hinting at a new premium trim level.