It was yet another double podium for the Mercedes AMG Formula One team following yesterday’s enthralling Bahrain Grand Prix, though this time there was a red car splitting up the two Silver Arrows. Reigning world champion Lewis Hamilton took home the win for Mercedes, followed just 3.38 seconds later by Ferrari’s Kimi Räikkönen.

This represents the Finn’s first podium since the 2013 Korean Grand Prix, a full 27 races ago. It was no easy feat, however, as during the race he recovered as much as 19 seconds on Mercedes’ other driver Nico Rosberg, who finished third, 6.033 seconds behind the leader. Mercedes said a brake-by-wire issue with Rosberg’s car in the final laps cost him second spot on the podium.

Fourth place went to Williams’ Valtteri Bottas. The Finn made a clean getaway from the grid and after holding fifth for the majority of the race, was able to capitalize on Ferrari man Sebastian Vettel’s forced pitstop to fix a damaged wing. Bottas managed to hold off Vettel for the remaining 17 laps, meaning the German finished the race in fifth.

Sixth place went to Infiniti Red Bull Racing’s Daniel Ricciardo. His weekend went well until the closing stage of the race where he lost pace. Fortunately for him, the next driver back, Lotus’ Romain Grosjean, was more than 20 seconds behind. Eighth place went to Force India’s Sergio Perez while Red Bull’s Daniil Kvyat and Williams’ Felipe Massa took ninth and tenth spots respectively. 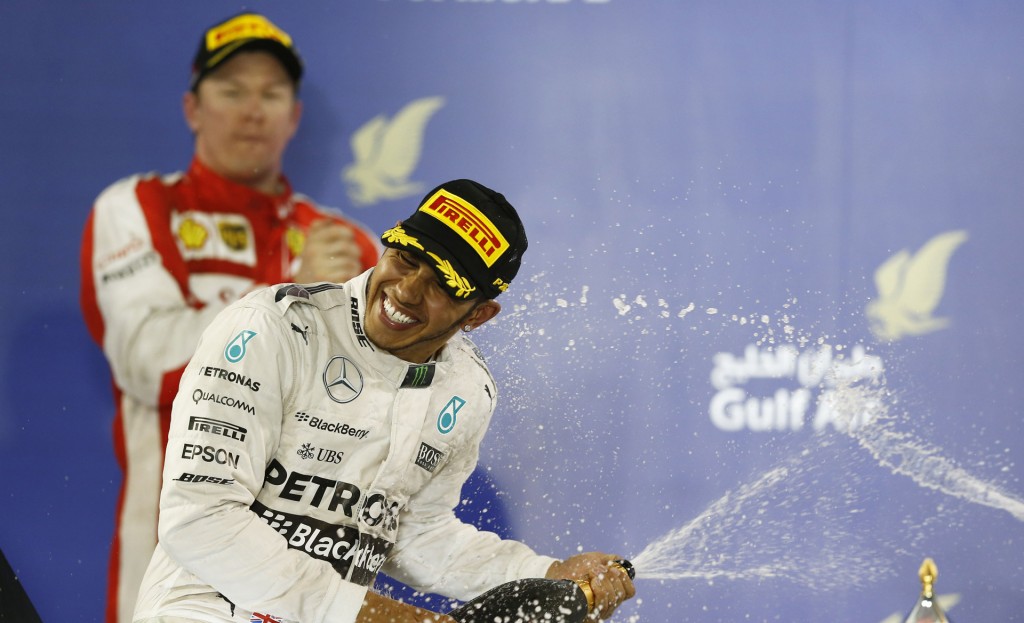 It was a frustrating day for Massa. After a sensor issue on the final fire up caused his Mercedes power unit not to start, he was forced to start from the pitlane. Then, a few laps into the race, F1’s latest danger man Lotus’ Pastor Maldonado ran into the back of Massa’s car, causing some damage. This made his car off for the rest of the race.

And it was yet another bad race for McLaren, with Jenson Button failing to start due to mechanical issues and Fernando Alonso managing 11th. The good news is that this was Alonso’s best result yet, so perhaps he and his McLaren team will be able to progress from here.

With his latest win, Hamilton’s points tally in the 2015 Drivers’ Championship grows to 93. Rosberg is now back in second with 66 points and Vettel is in third with 65 points. In the Constructors’ Championship, Mercedes is on top with 159 points followed by Ferrari with 107 points and Williams with 61 points. Teams now return to Europe for preparation for the Spanish Grand Prix, which runs May 8-10.

Below are the full results for the 2015 Formula One Bahrain Grand Prix: