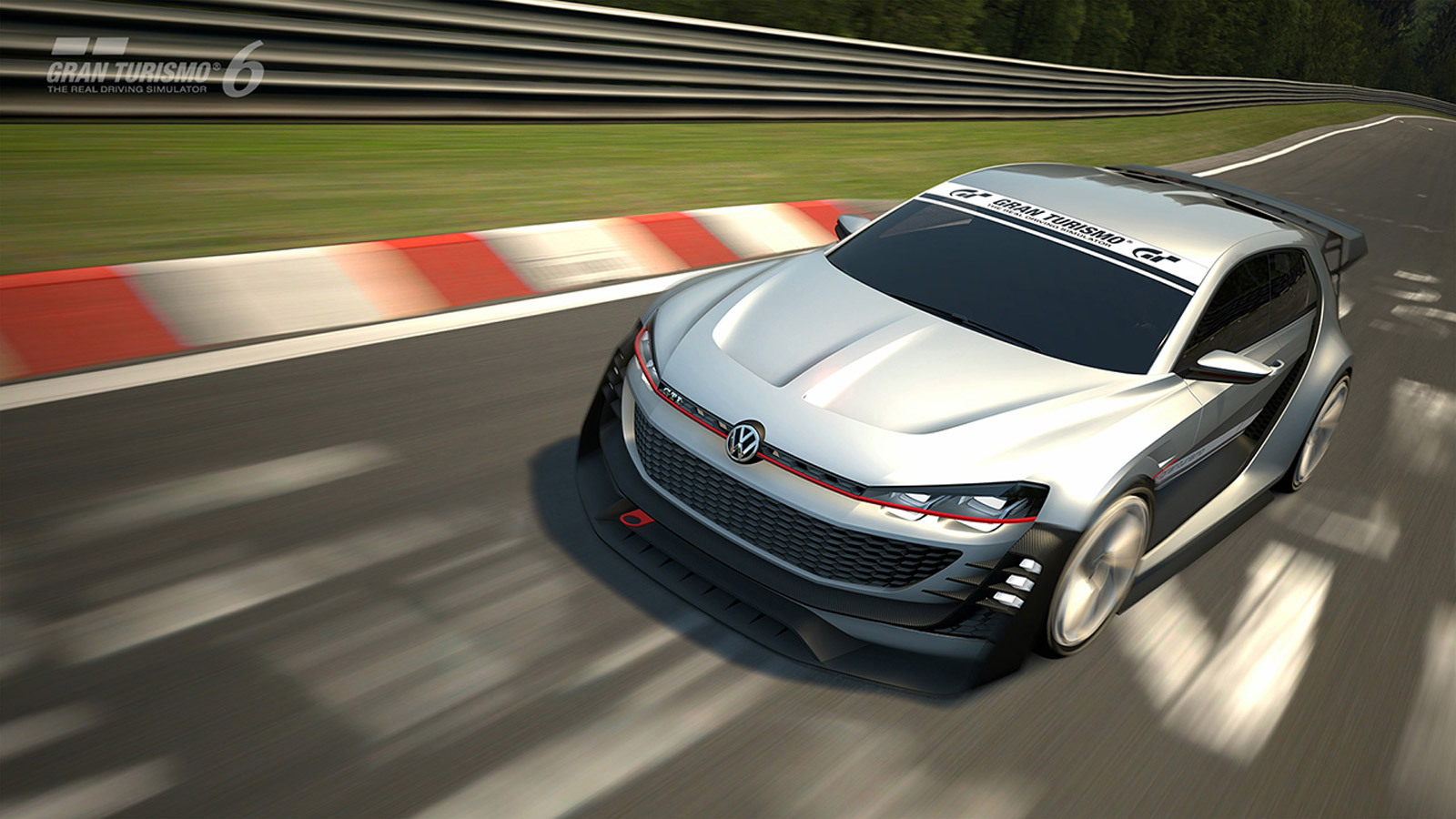 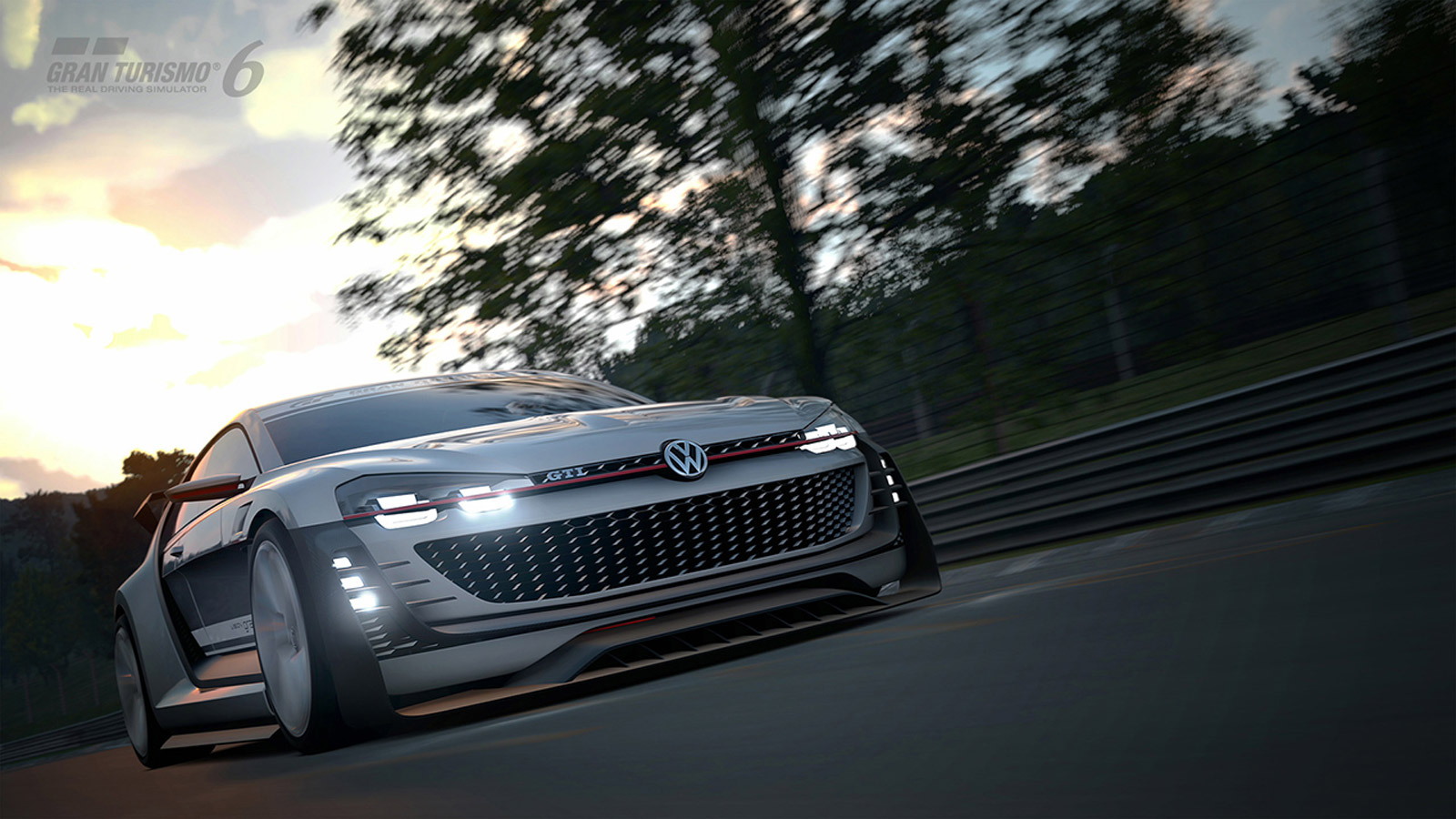 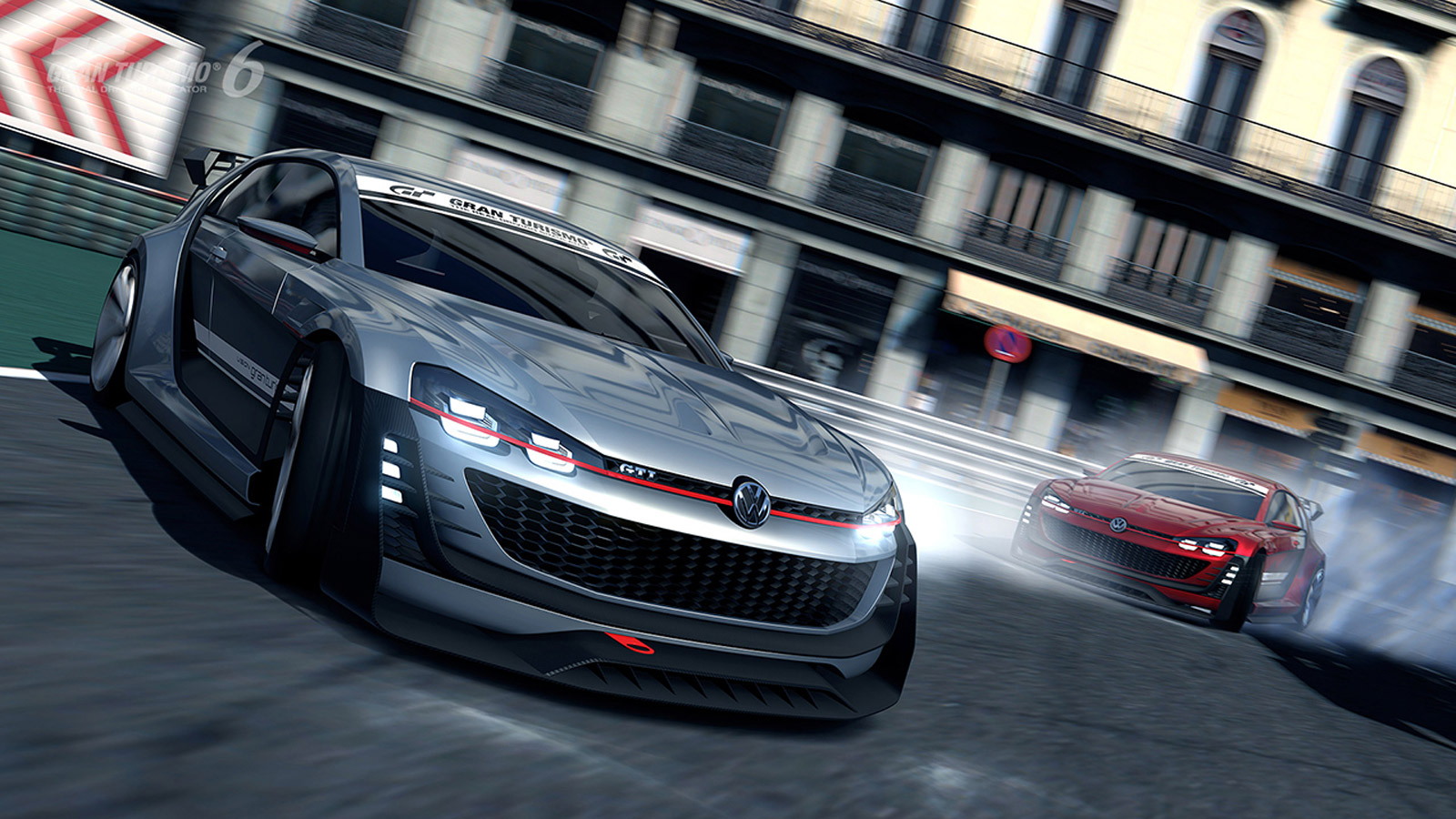 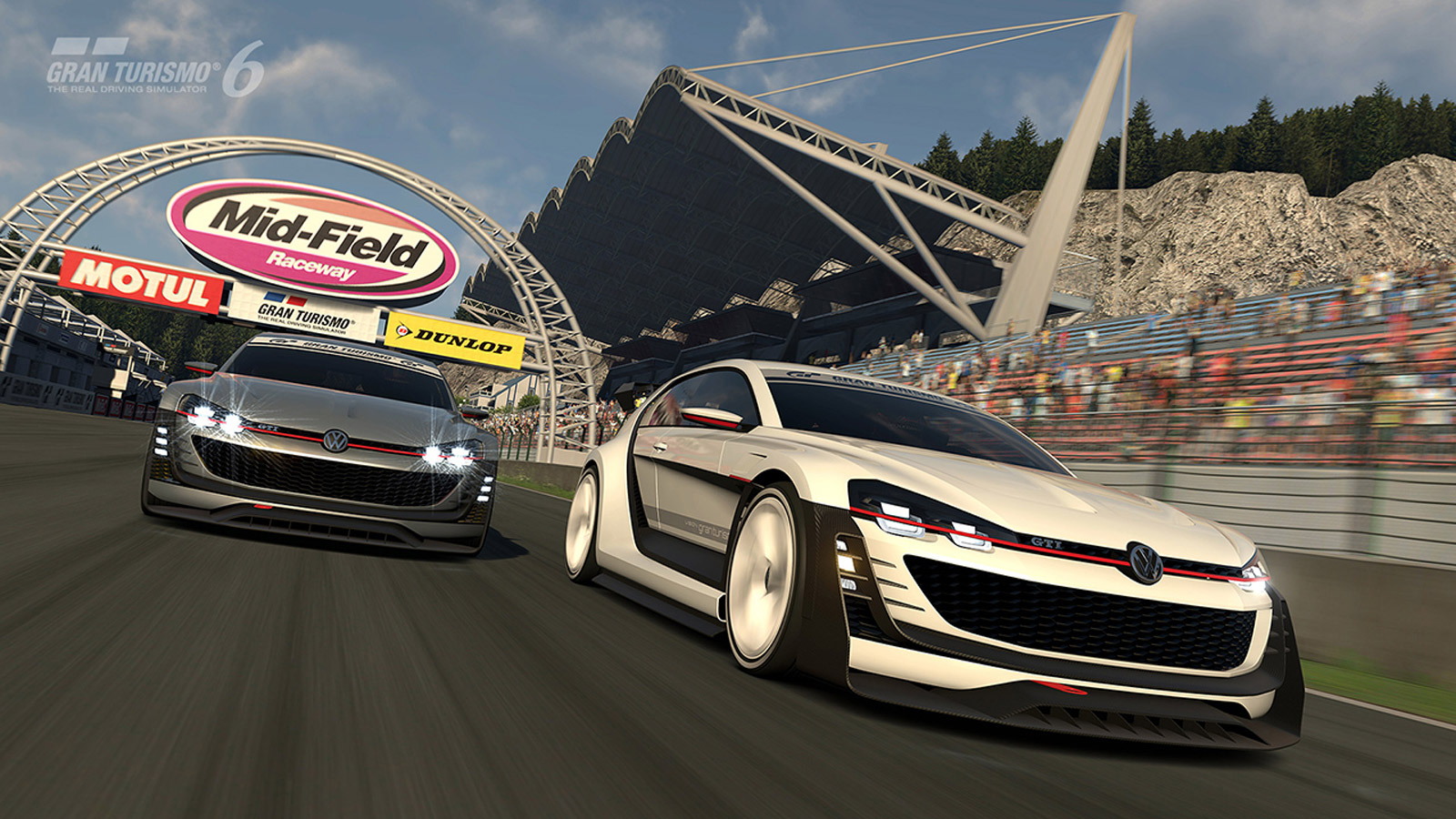 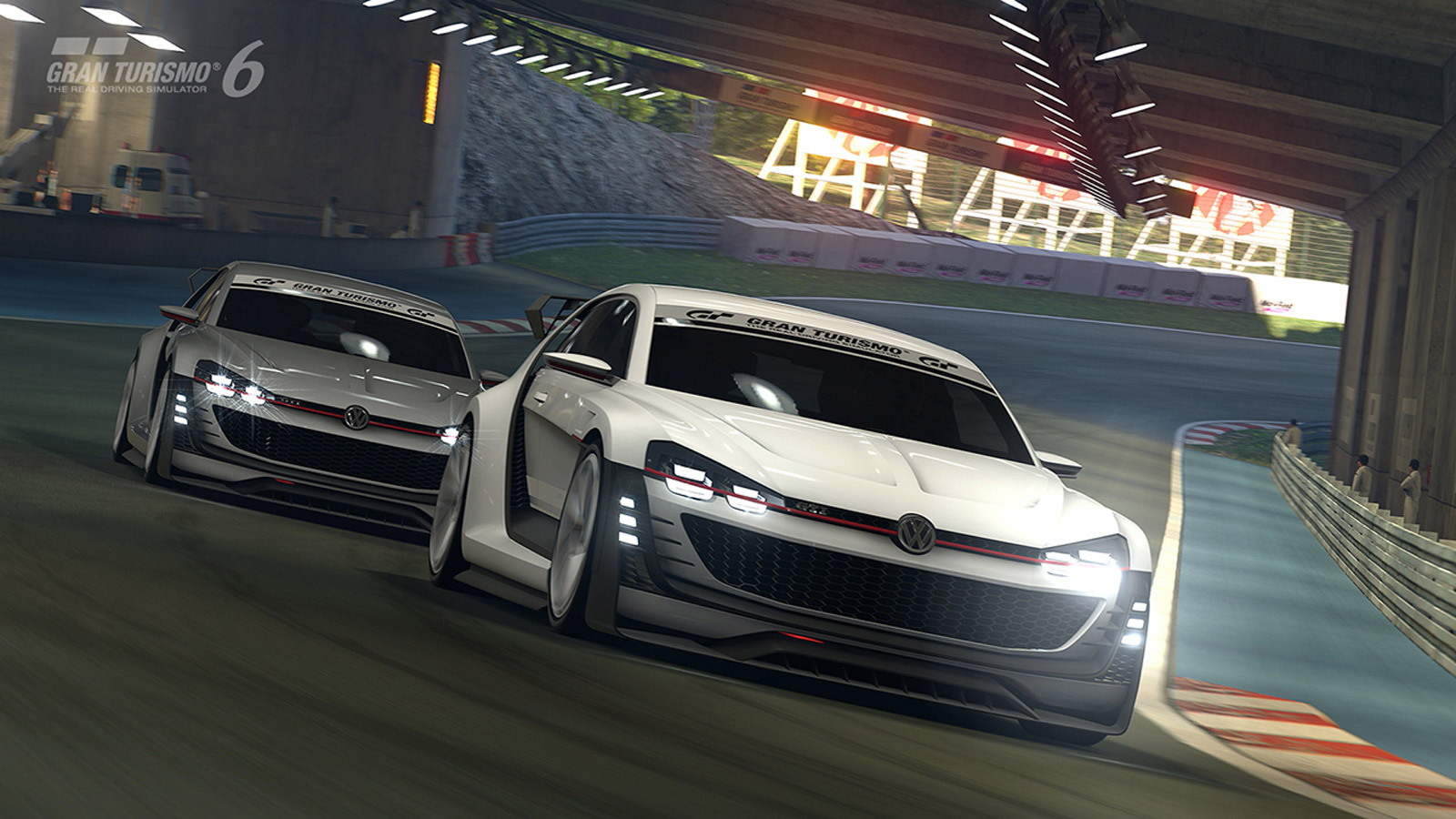 Not satisfied with only designing a single Vision Gran Turismo concept, in this case the 503-horsepower GTI Roadster from 2014, German automaker Volkswagen got its top designers working on a hatchback version that’s every bit as extreme as the previous roadster. It’s called the “GTI Supersport”, and it’s available to download now in Gran Turismo 6 for the Sony PlayStation 3.

The GTI Supersport, like many of the digital concepts we’ve seen over the past 18 months, was designed as part of the Vision Gran Turismo challenge, a request by the creator of the Gran Turismo video game series, Kazunori Yamauchi, to design a car that best represents the popular racing sim. For the GTI Supersport, VW’s designers also wanted to convey its legacy of GTI cars.

Thus, despite the futuristic look, the classic GTI design is instantly recognizable, right down to the boxy, hatchback shape and honeycomb grille. There are plenty of new elements too, created specifically for the concept. From a conceptual viewpoint, the vehicle has been geared for track use. This can be seen by the numerous aerodynamic elements located around the body, the targeted usage of lightweight carbon fiber components, and the lowered ride height.

CHECK OUT: BMW M2 May Get OLED Tail Lights

The drivetrain of the GTI Supersport matches the one in the previous GTI Roadster. It's 503 horsepower and 491 pound-feet of torque strong, thanks to a twin-turbocharged 3.0-liter V-6 engine. A seven-speed DSG gearbox handles the shifts, while 4Motion all-wheel-drive sends the power to each of the 20-inch wheels.

You can see the other Vision Gran Turismo concepts that have been revealed at this link.