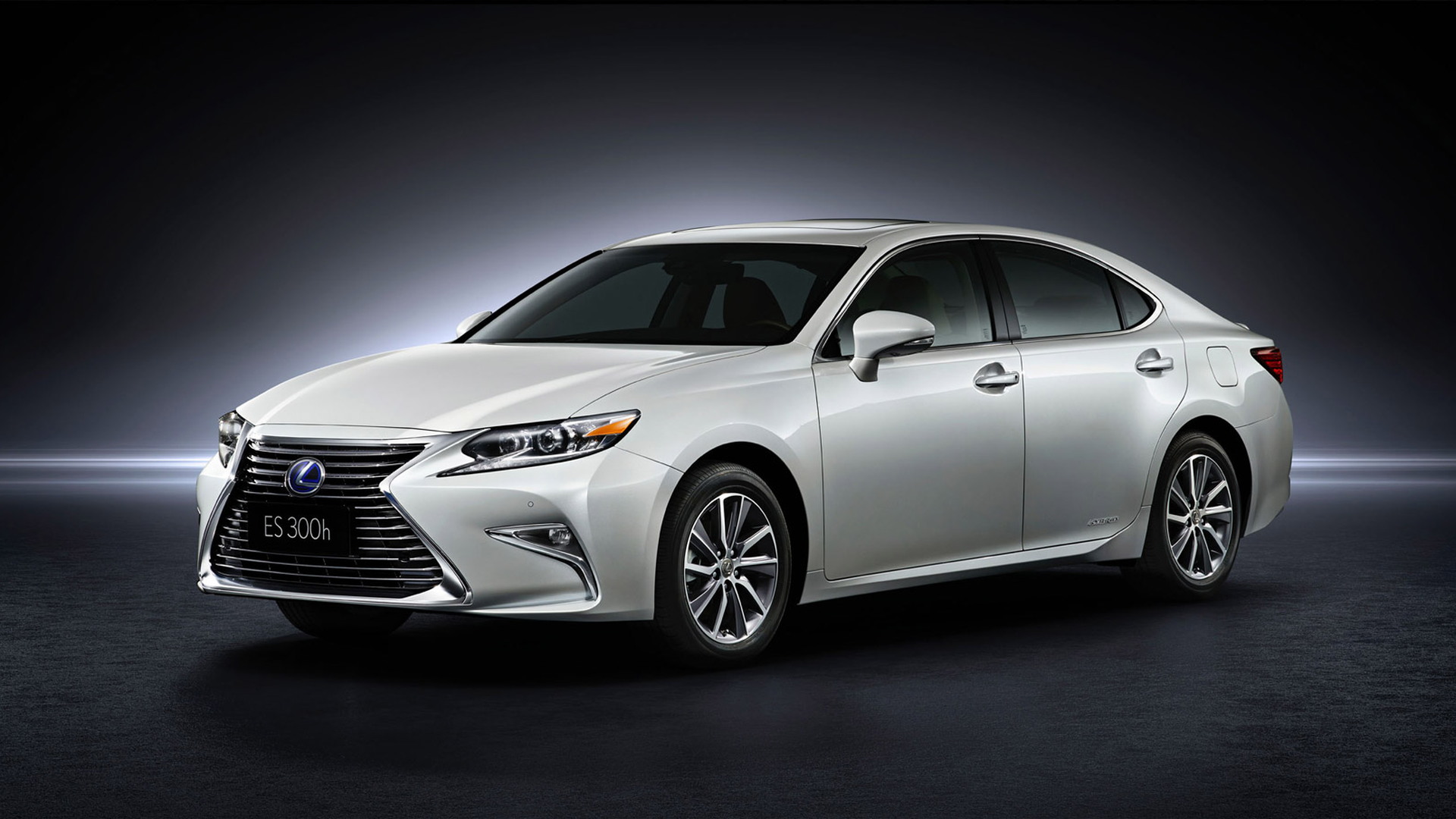 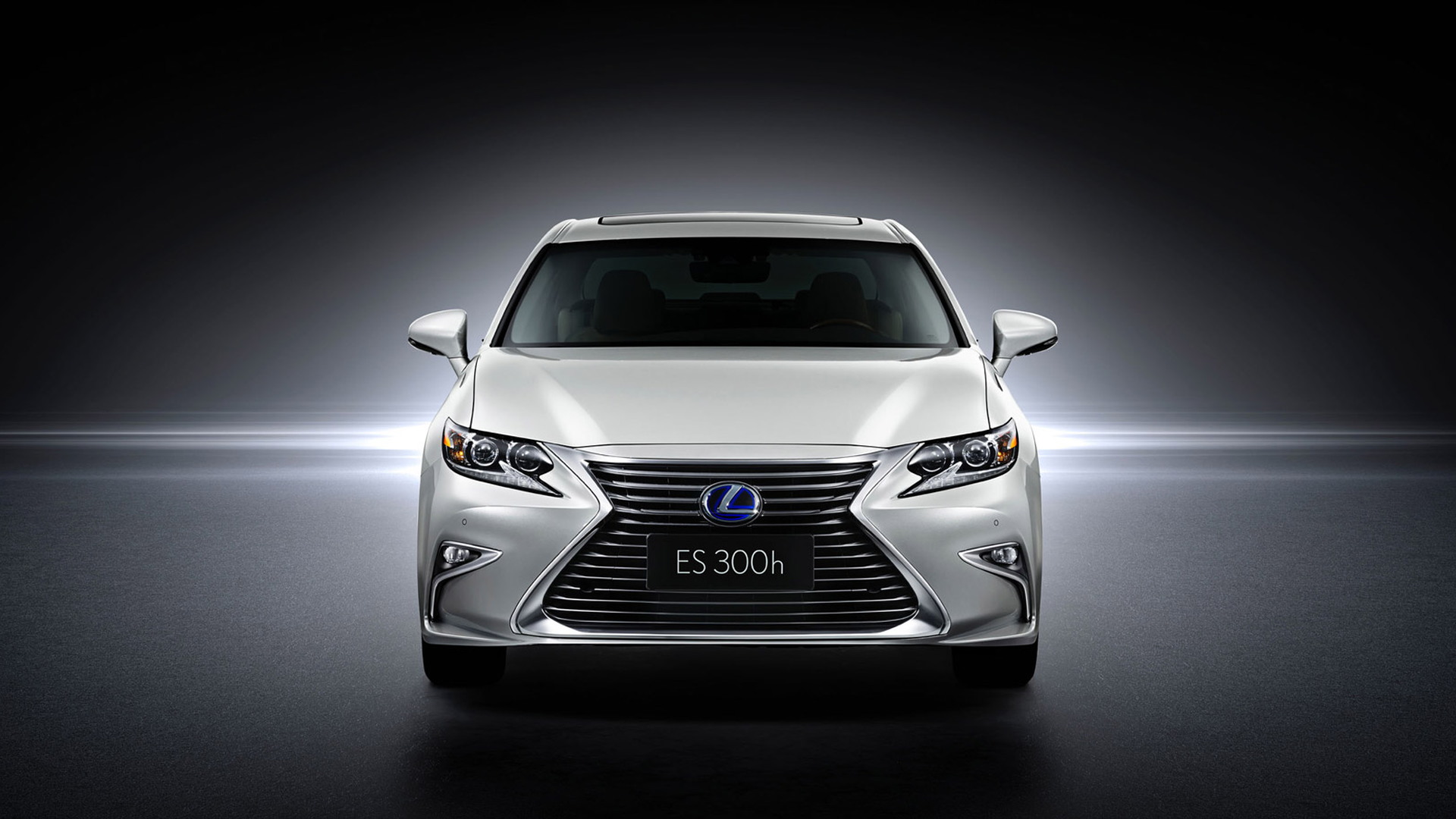 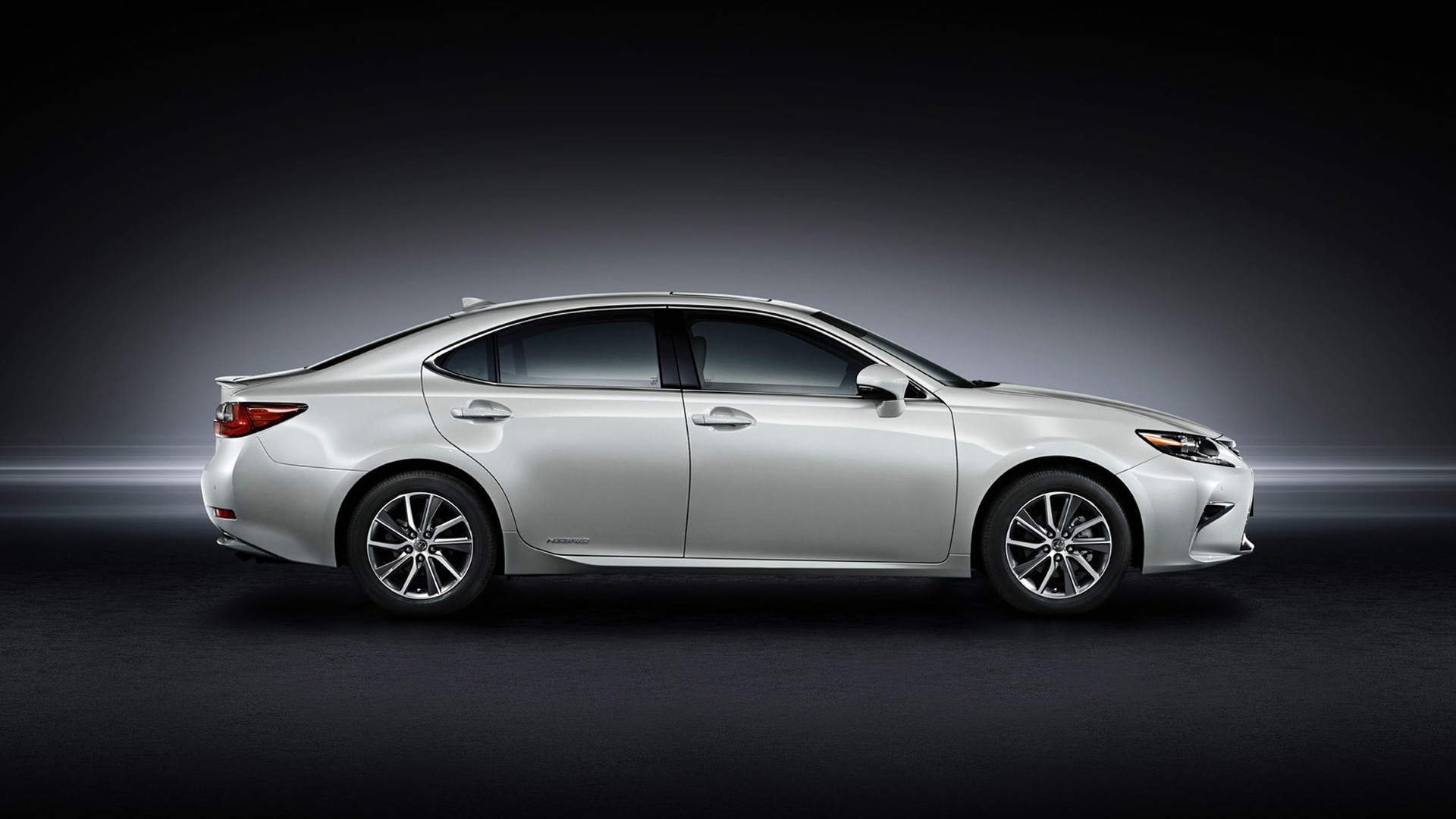 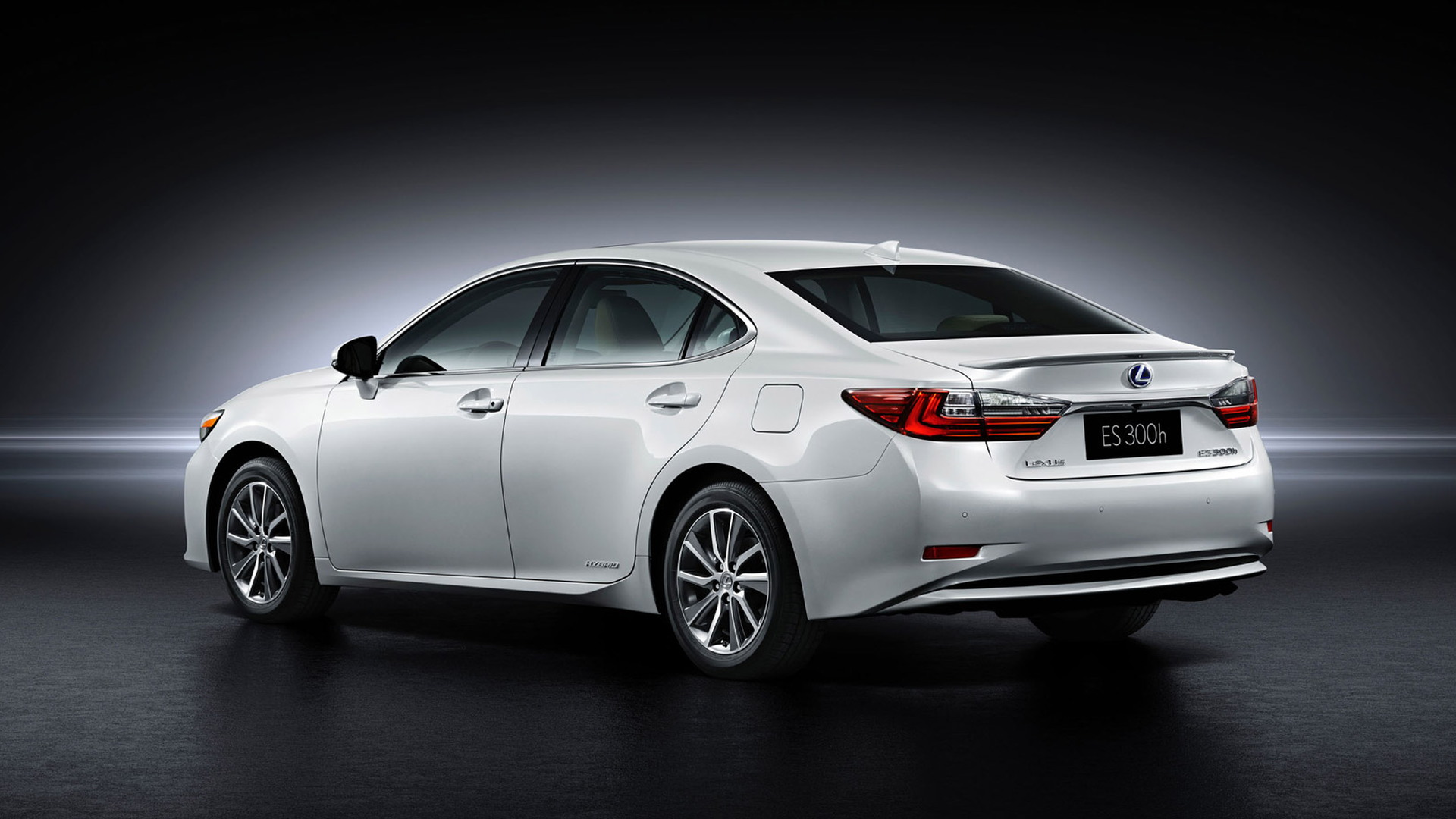 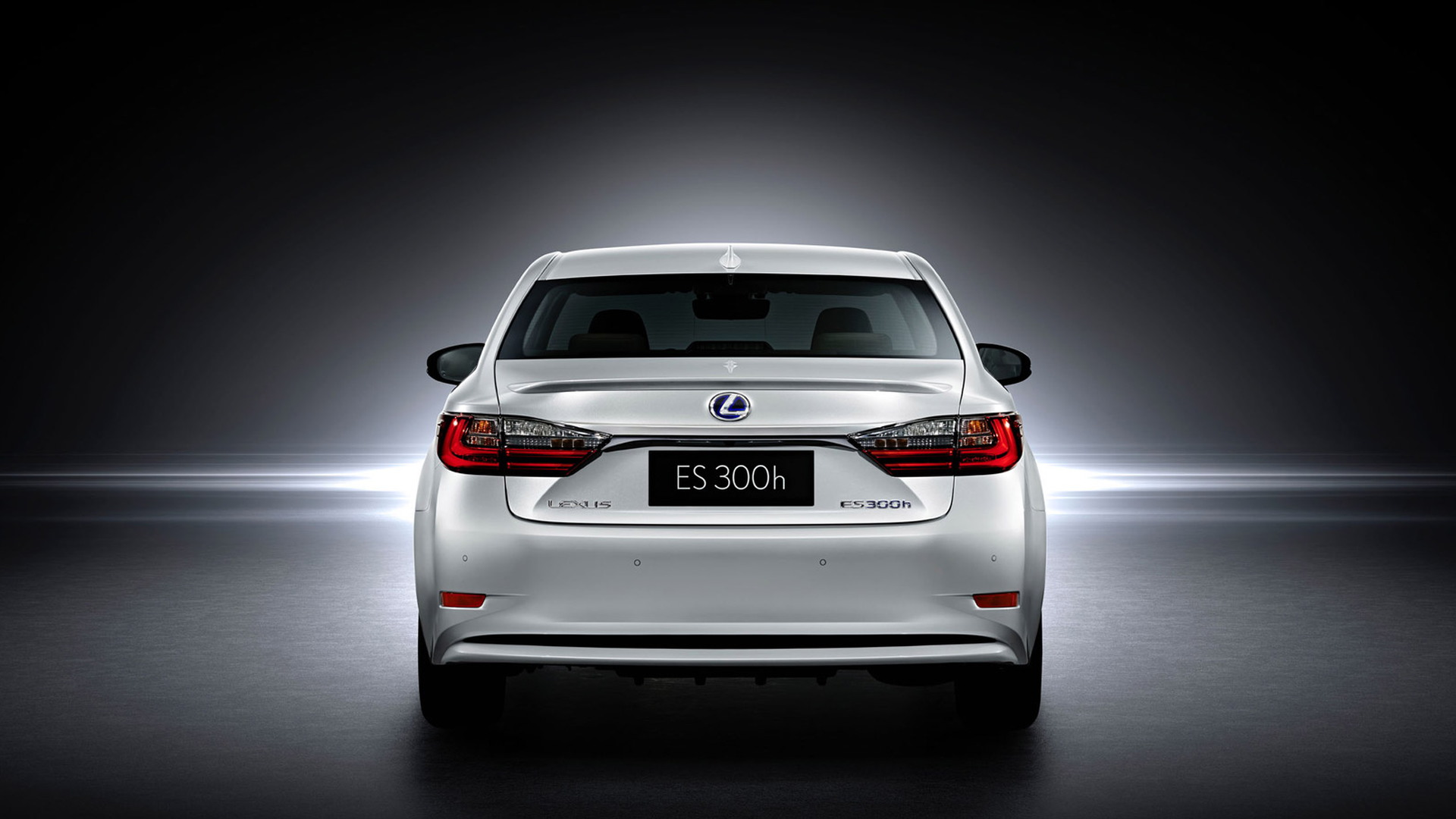 While the original LS is credited with putting Lexus on the map, one shouldn’t forget that the smaller, Camry-based ES was also present at the 1989 launch of the brand. Since that original, an additional five generations of the luxury mid-sizer have been launched, with the latest, still based on humble Camry running gear, introduced for the 2013 model year. Now, that sixth-generation ES has come in for a facelift, with the updated model on show this week at the 2015 Shanghai Auto Show.

Due later this year as a 2016 model, the updated ES features an exciting, sportier attitude highlighted by a new grille that loses the plastic split found on the current model. The shape of the headlights has also changed and now incorporates an L-shaped daytime running light consisting of multiple LEDs. At the rear are revised lights, a new chrome license plate garnish, and new chrome-tipped exhaust tips with a rectangular shape.

Four new exterior colors join the ES palette for 2016: Amber, Nightfall Mica, Caviar, and Eminent White Pearl. Like the six colors currently available on the ES, each features a special clear coat layer that can heal itself from minor scratches.

Inside, the changes are a bit more subdued. There are new colors to choose from, as well as three types of leather trim. On top of this, buyers also have four types of dash accents to choose from including a new matte-finish Bamboo trim. Finally, there’s a new steering wheel design and a larger 4.2-inch digital display in the instrument cluster.

Under the skin, the 2016 ES benefits from structural reinforcements to foster stiffness in the vehicle’s unibody construction, leading to enhanced ride quality and handling. Moreover, the 2016 ES gets more sound insulation to further refine things in the cabin. Also fitted to the car is the new Lexus Safety System+ suite of electronic driver aids.

No changes are made to the powertrains for U.S.-spec cars, which means the 2016 Lexus ES will continue to offer ES 350 and ES 300h variants. The ES 350 sports a 3.5-liter V-6 with a 268-horsepower rating, while the 300h uses Toyota's 2.5-liter Atkinson-cycle four-cylinder and a hybrid system to achieve 200 hp; both are offered only with front-wheel drive. In other markets, Lexus is offering a new ES 200 variant powered by a 2.0-liter four-cylinder engine.

Look for sales of the 2016 Lexus ES to commence this fall. Key rivals include the Acura TLX, Buick LaCrosse, Cadillac XTS and Lincoln MKZ.

Also at the Shanghai Auto Show this week, Lexus has a new RX 200t variant for its 2016 RX range. The RX 200t sports the automaker’s new turbocharged four-cylinder engine found in the NX 200t and is designed for markets outside the U.S. Lexus estimates the vehicle will have more than 228 hp.

For more of our Shanghai coverage, head over to our dedicated hub.