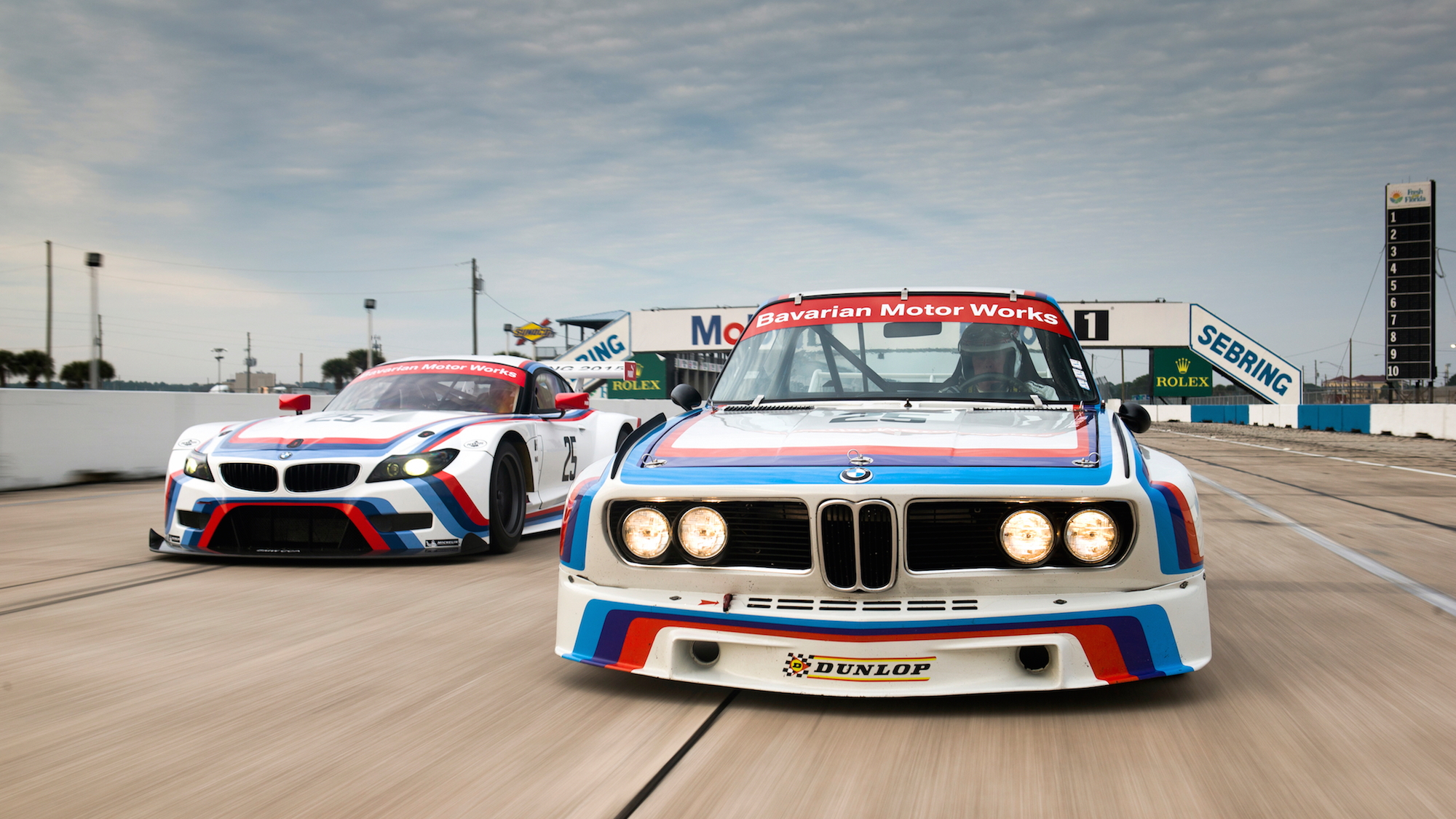 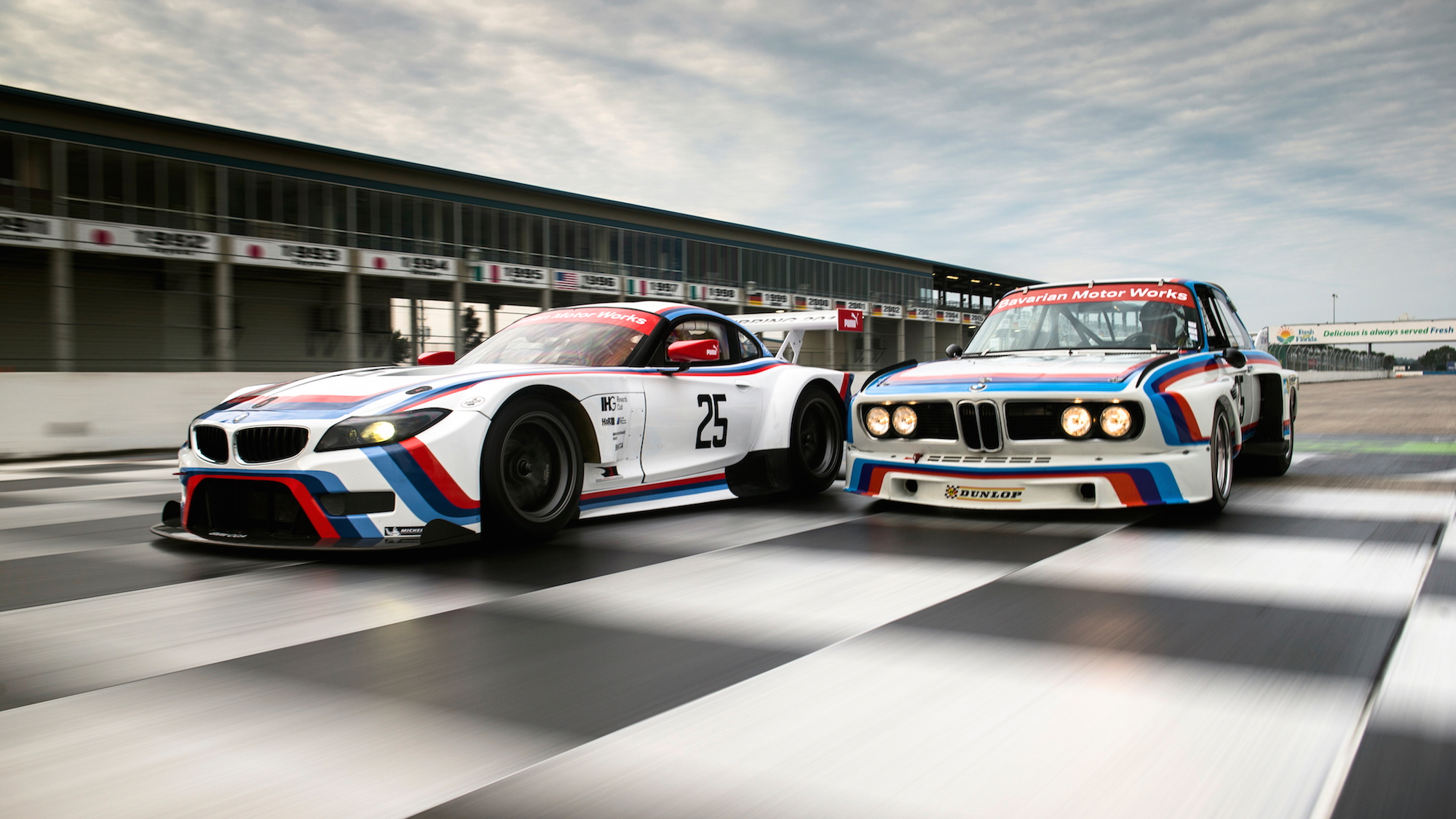 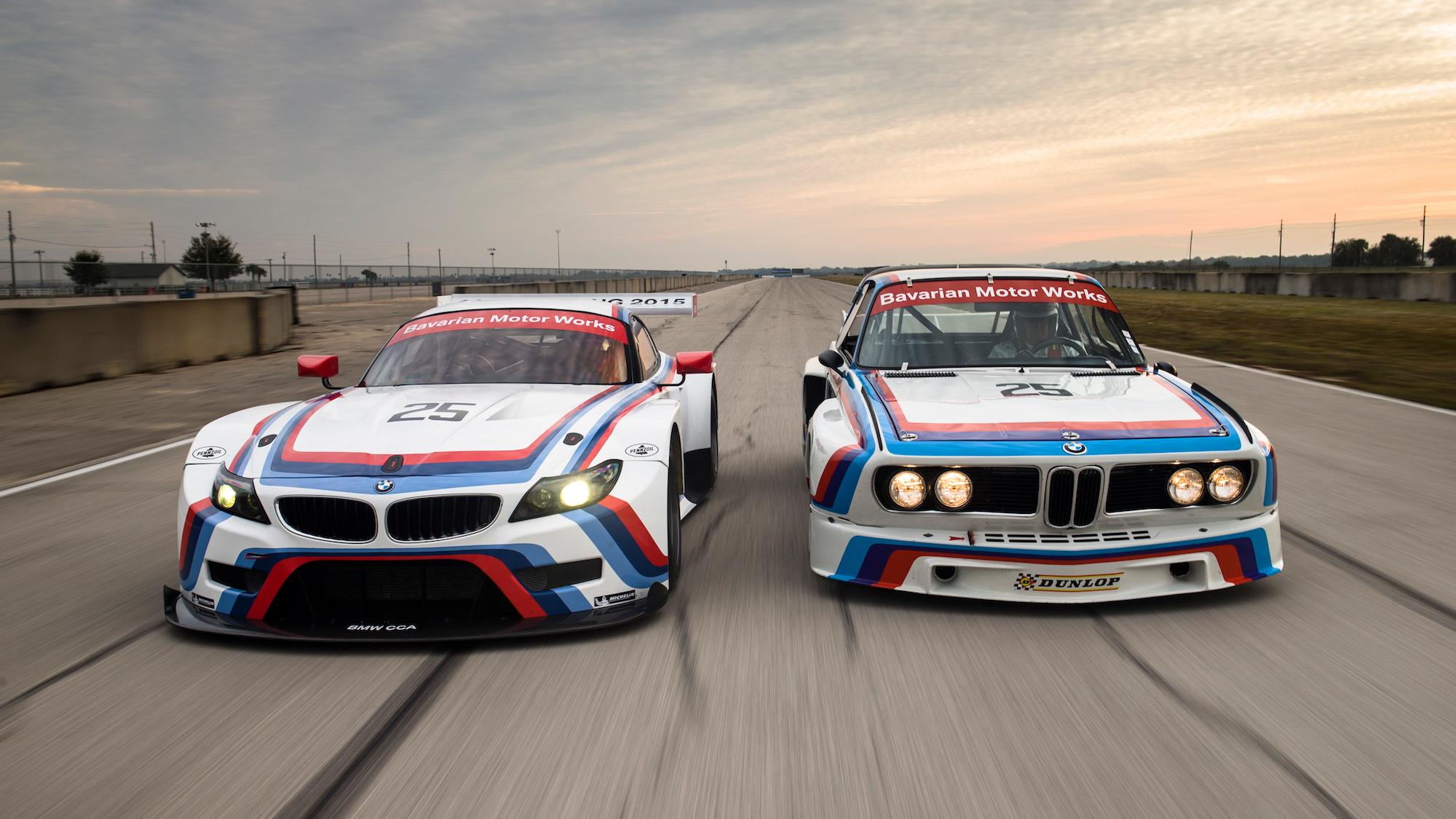 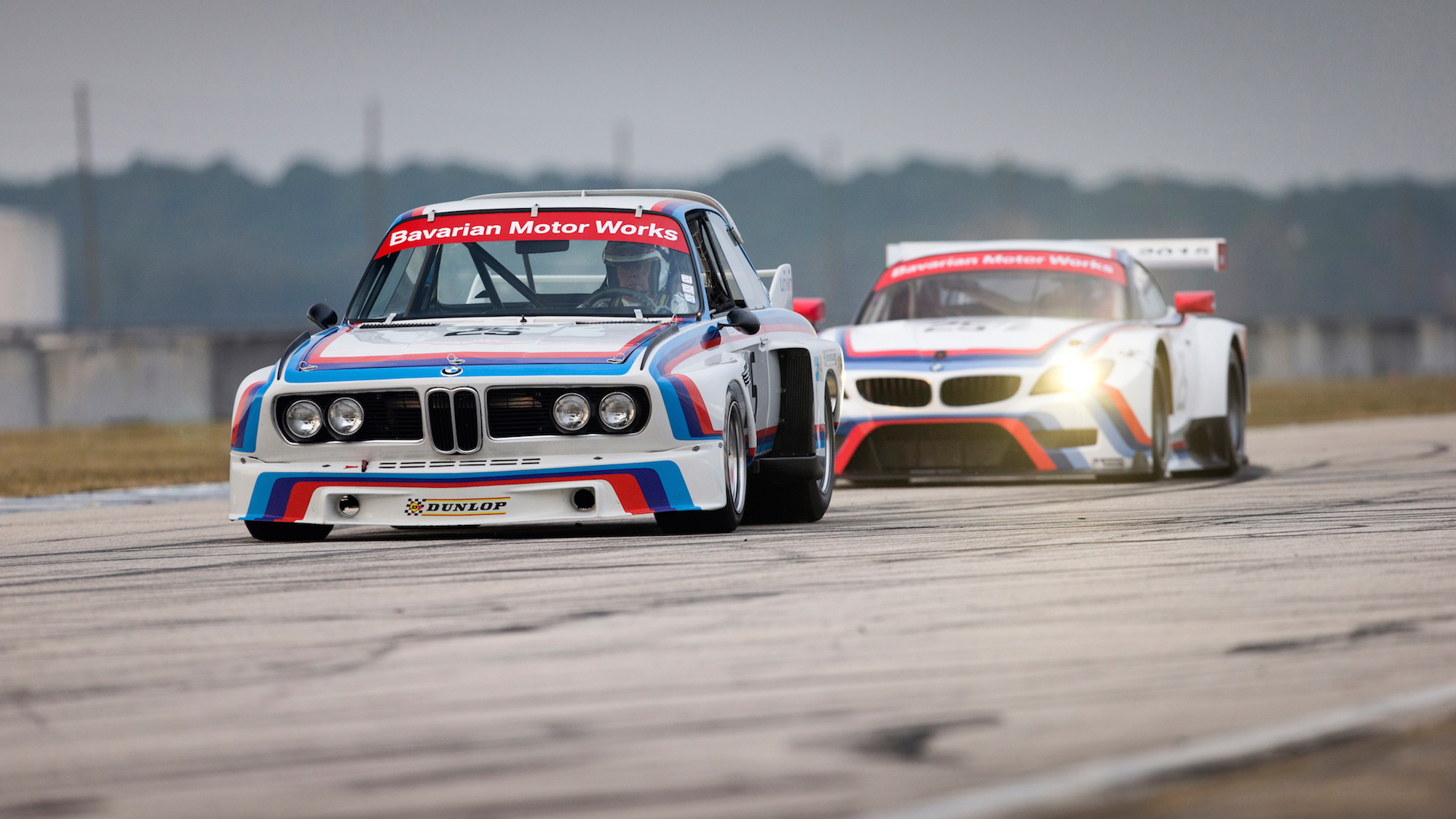 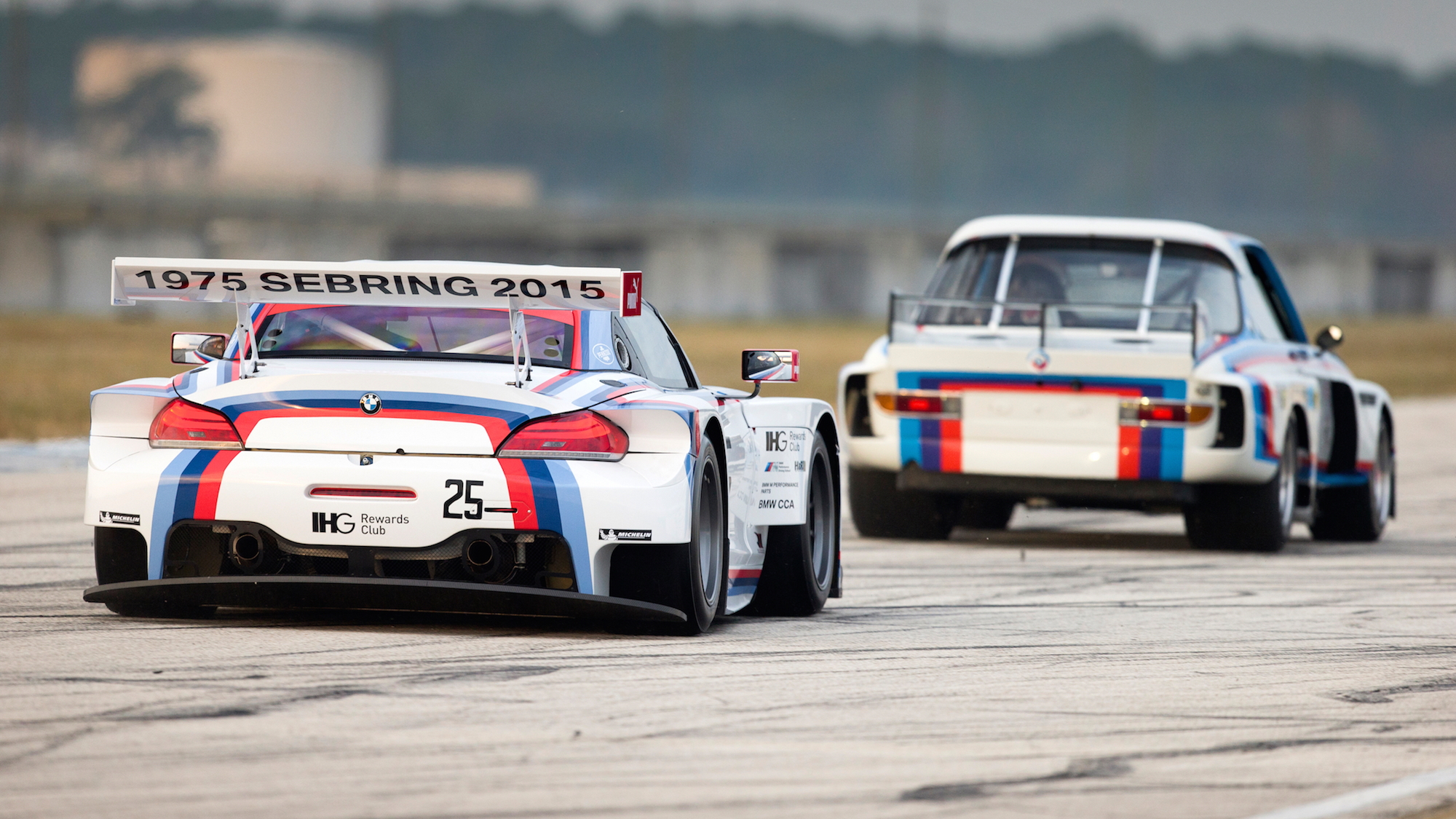 46
photos
BMW used to churn out serious race cars with some seriously cool style back in the day. One car in particular is the Batmobile. No, not the one Bruce Wayne uses to fight Gotham's crime, but rather the classic 3.0 CSL racer with full aero gear and a familiar blue, white, and red paint scheme. It is a symbol of the automakers early efforts in road racing, and it's an iconic machine in the world of motorsports.

Now that style is back on a more modern machine that is paying homage to the classically cool car that came before it.

BMW has painted a pair of Z4 GTLM race cars in the old colors, and they've done so in a way that doesn't look dated. The cars are a nod to the old 3.0 yet are clearly ready to rip the track and the competition a new one when they line up at the 2015 running of the 12 Hours of Sebring. While there will be some great shoes behind the wheels of the cars, BMW has also brought back some of the old crew to attend the event.

Hans Stuck and Brian Redman will be in Florida for the festivities. Stuck will even drive a 3.0 CSL through an honorary lap as part of his duties as Grand Marshall of the event. It's a fantastic way to honor the motorsports side of BMW by paying tribute to the cars of the past, while showcasing seriously fast race cars of today.

You can and should expect to see these colors running near the front of the pack, if not leading. 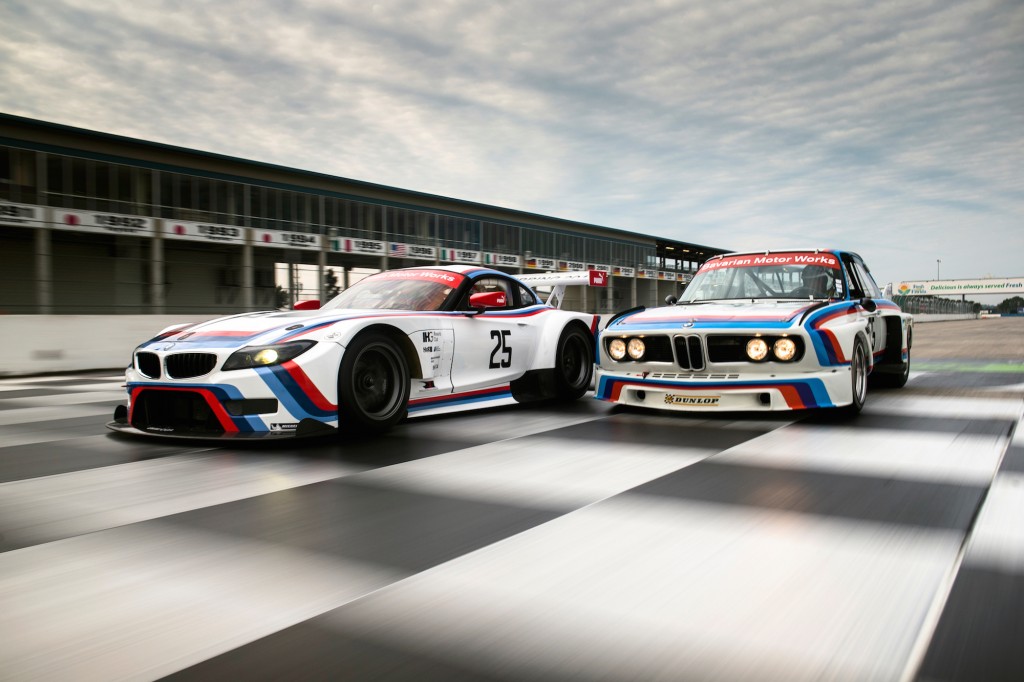 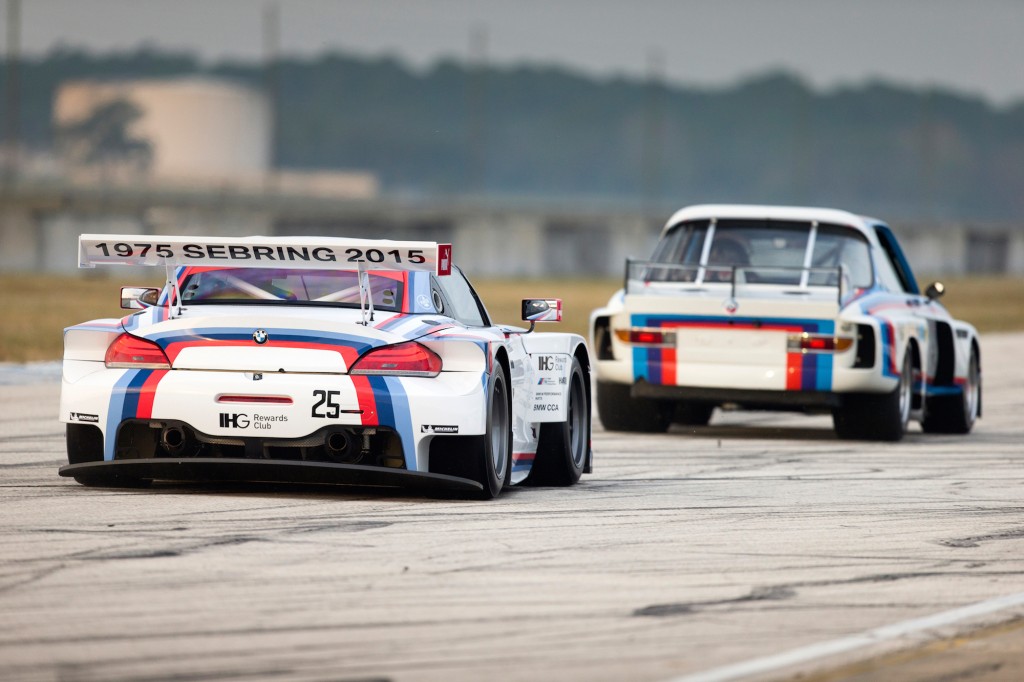 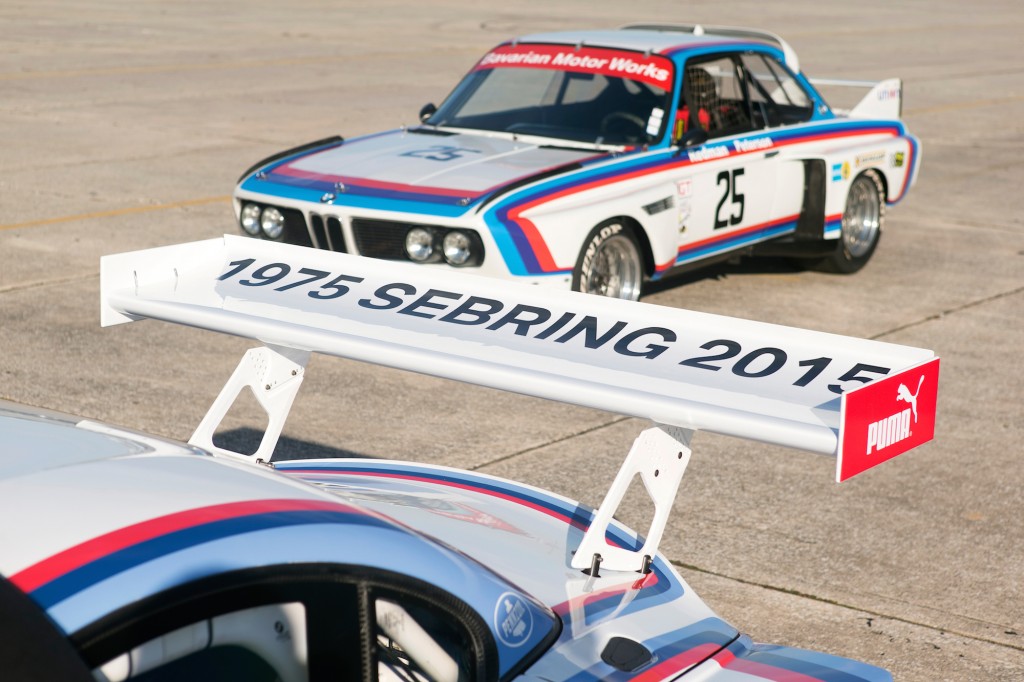 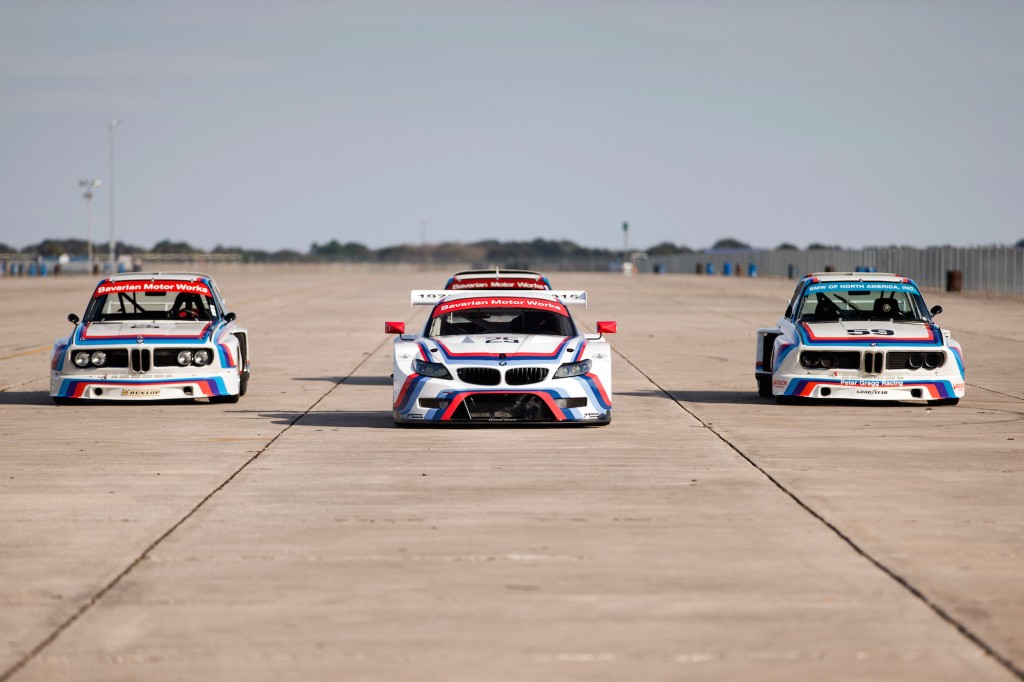