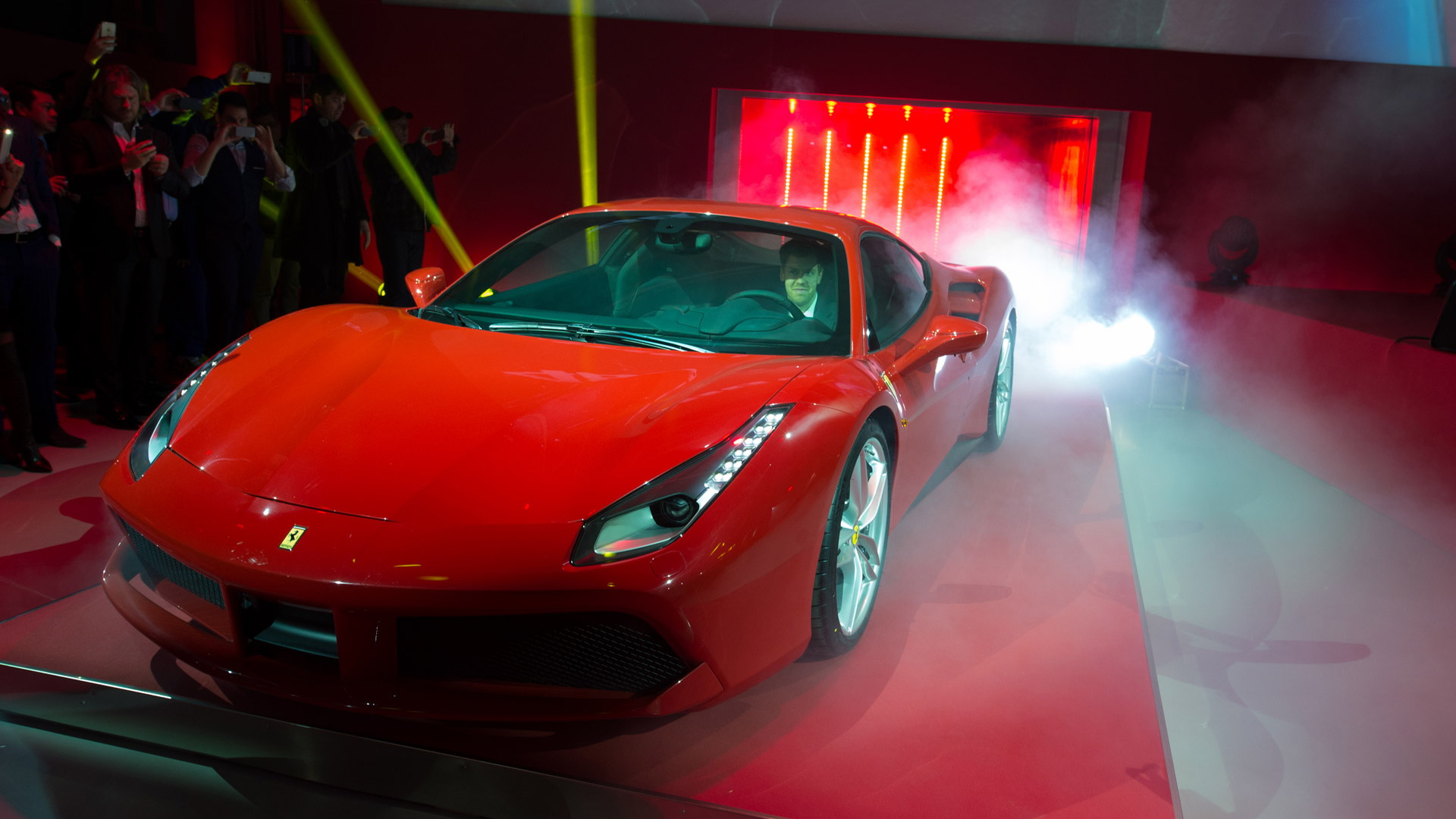 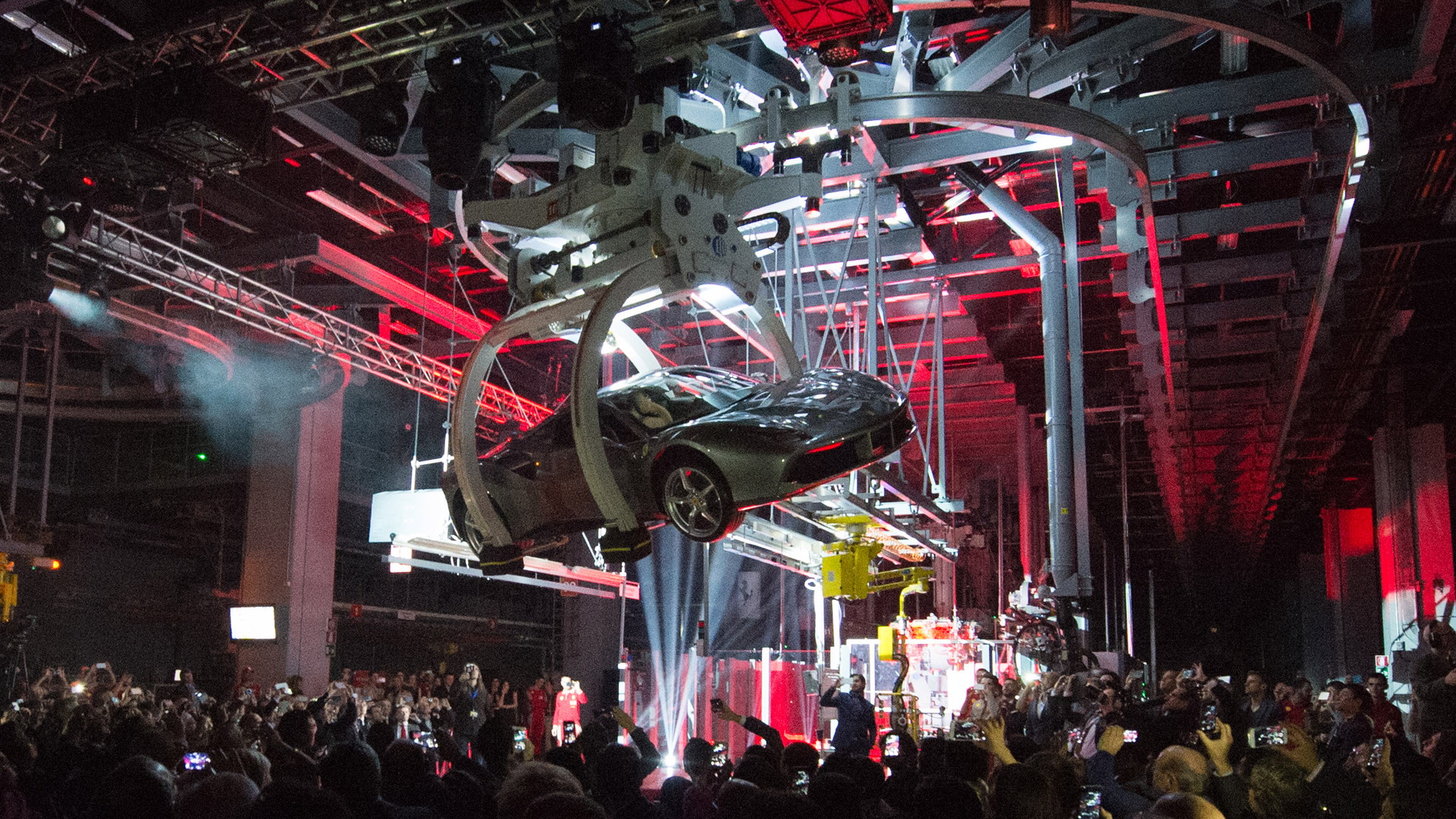 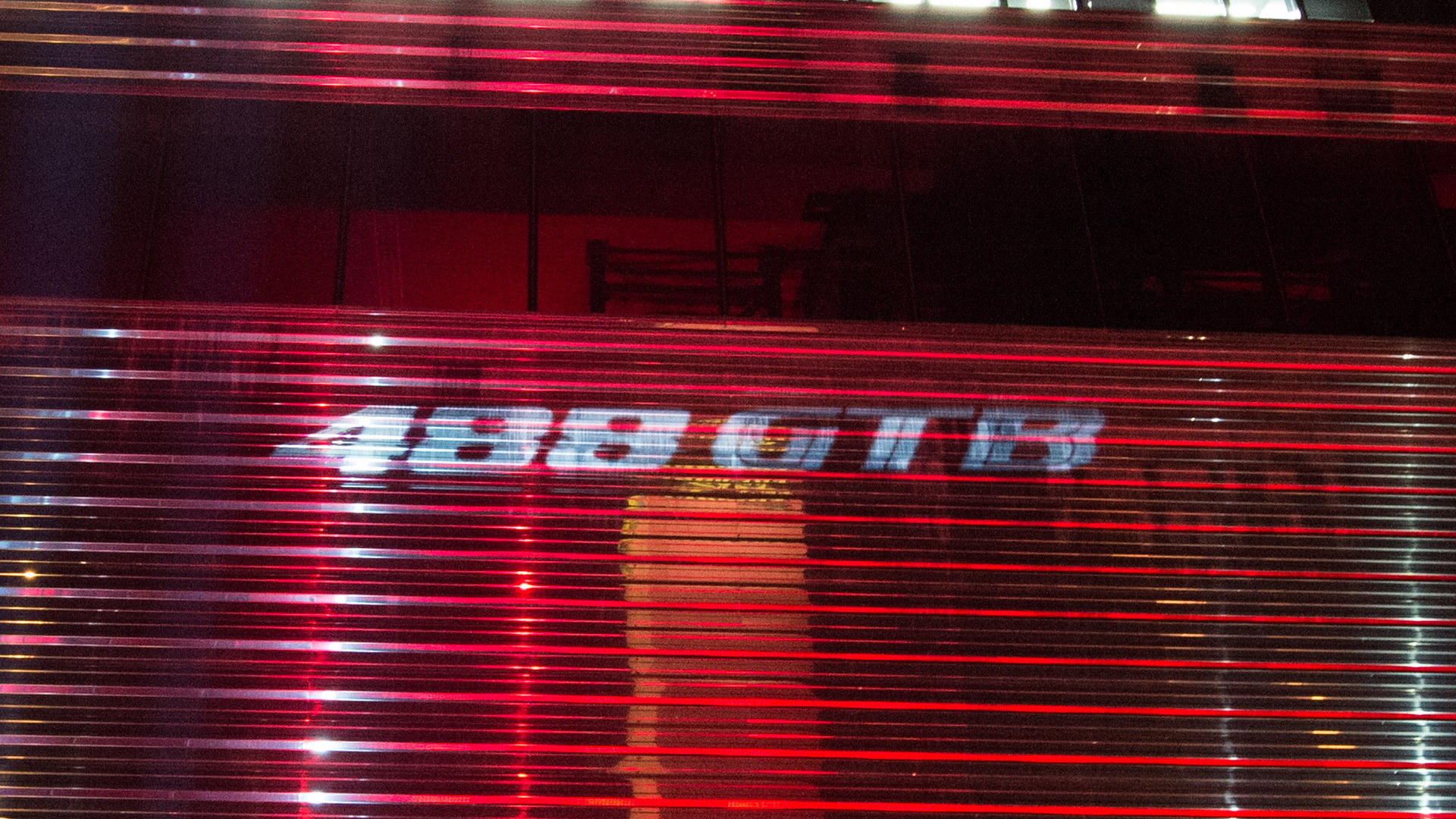 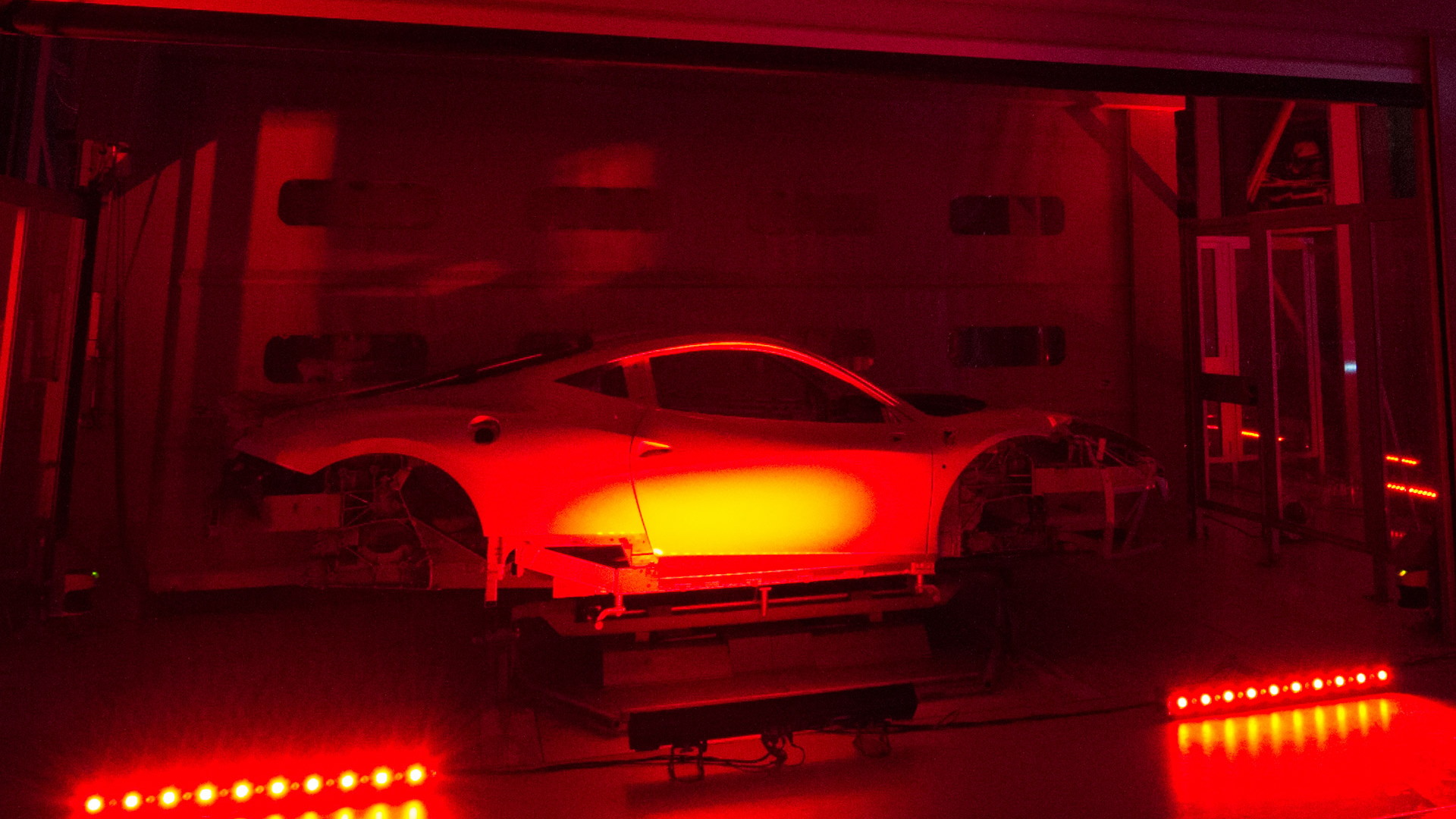 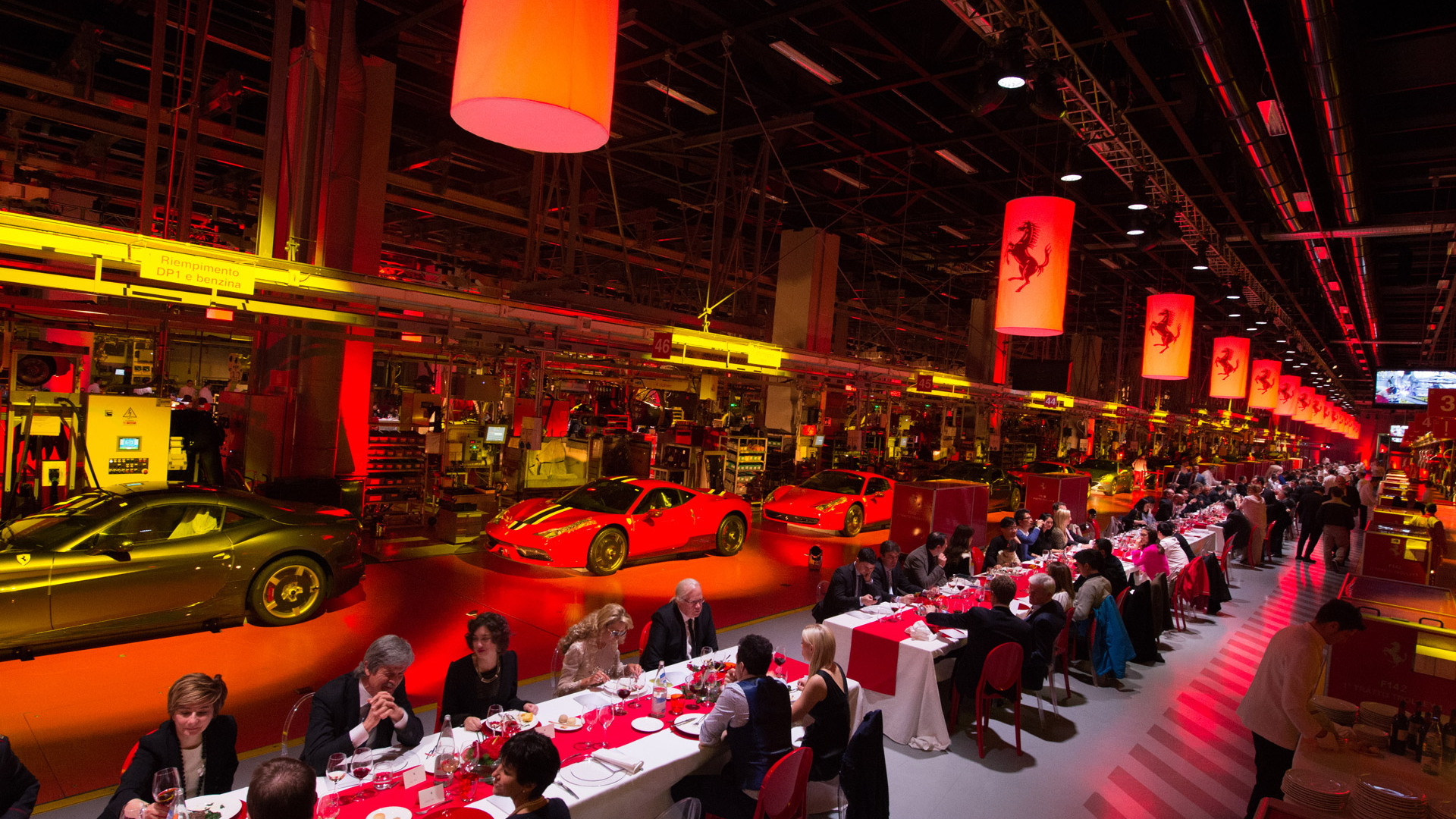 Ferrari’s [NYSE:RACE] new Formula One star Sebastian Vettel helped launched the 458 Italia-replacing 488 GTB at the automaker’s home in Maranello, Italy last week, just before flying out to pre-season testing in Barcelona, Spain. The 488 GTB makes its world debut next week at the 2015 Geneva Motor Show but 800 of Ferrari’s favored clients from all over the globe enjoyed the privilege of being the first to admire the stunning supercar at close quarters.

In addition to the four-time world champion, hosts for the evening included new chairman Sergio Marchionne as well as CEO Amedeo Felisa and marketing director Enrico Galliera. Notably absent was previous chairman Luca di Montezemolo, who has helped launched most of Ferrari’s road and race cars over the past two decades. He quit the company late last year over differences in opinion with new chairman Marchionne about the management of the storied Italian marque.

The 488 GTB is technically a mid-cycle update for the 458 Italia but features many more updates than your typical facelift. Hardly any body panels are shared between the two cars and the engine featured in the 488 GTB is all-new. It’s a twin-turbocharged 3.9-liter V-8 that produces 660 horsepower and 560 pound-feet of torque, and its arrival means Ferrari is now without a naturally-aspirated V-8 engine in its lineup.

Beyond the new engine, the 488 GTB benefits from some impressive chassis technology developed using know-how gleaned by Ferrari technicians over the last decade through the XX program. The interior of the 488 GTB is also different to that found in the 458, though classic Ferrari themes, such as the separation between the dashboard and tunnel, the multi-function steering wheel, the control switch bridge and plush bucket seats, all remain.

We’ll be bringing you plenty of live photos of the 488 GTB once it makes its Geneva Motor Show debut on March 3. More coverage of the upcoming show can be accessed via our dedicated hub.