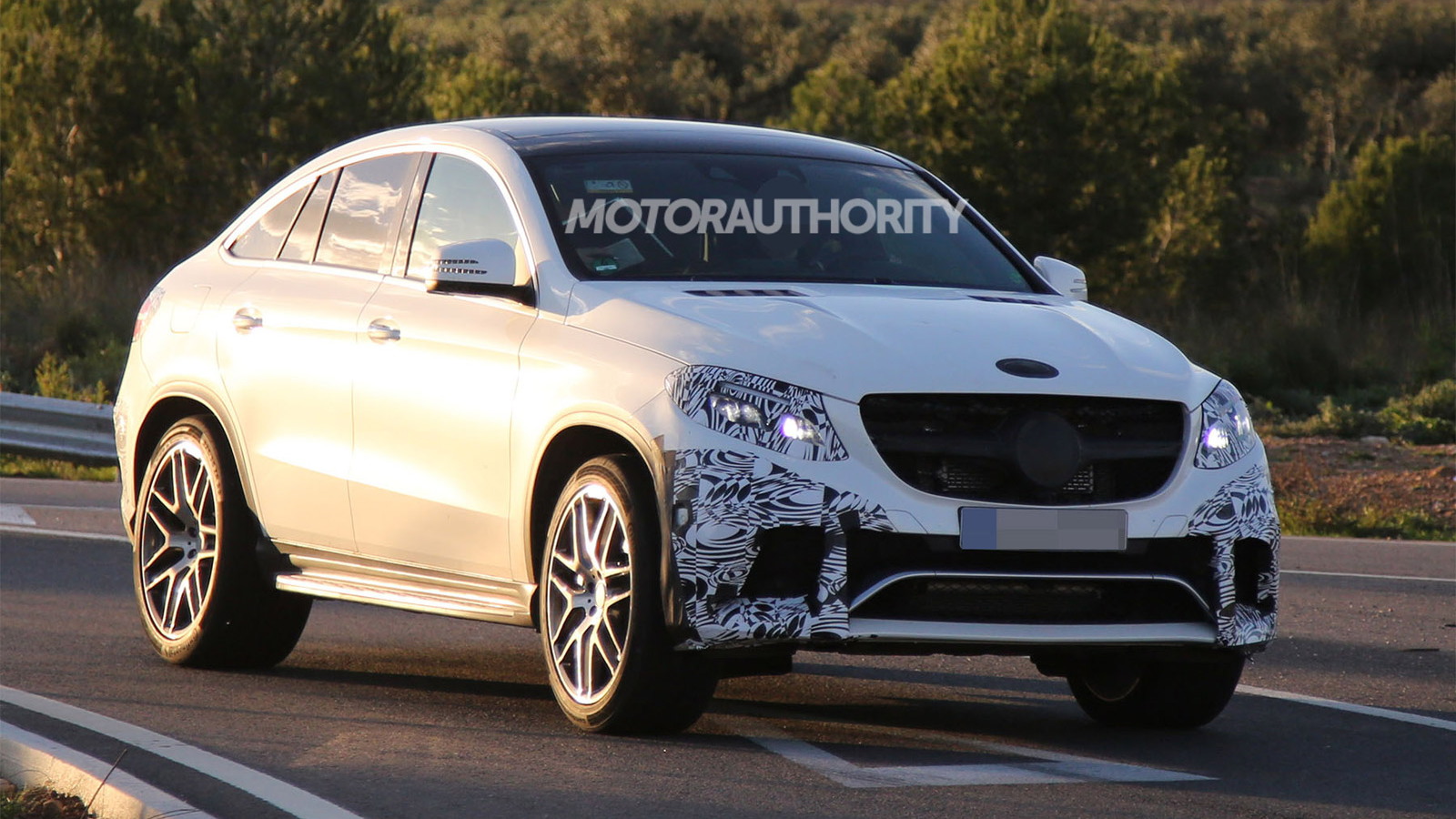 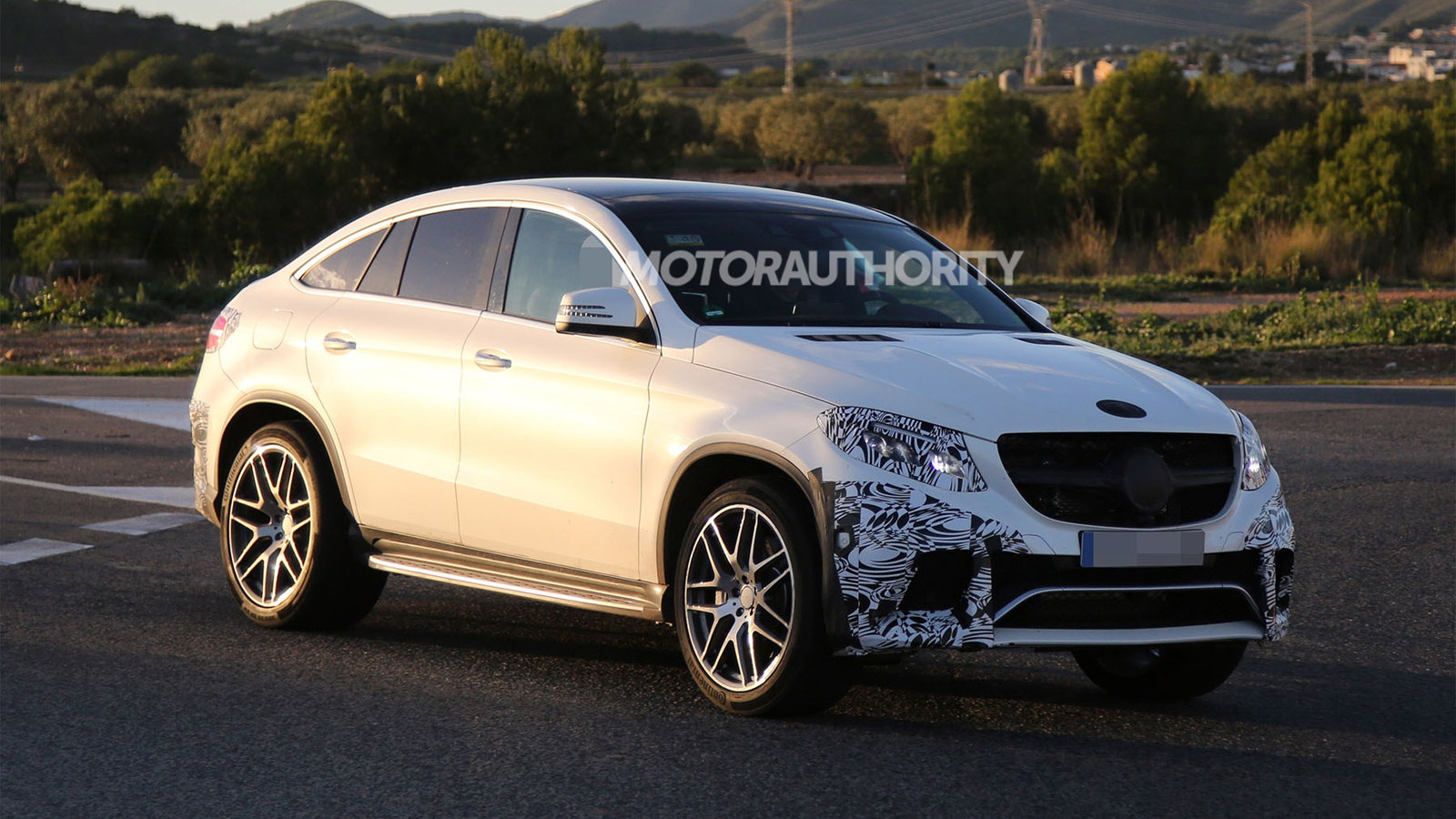 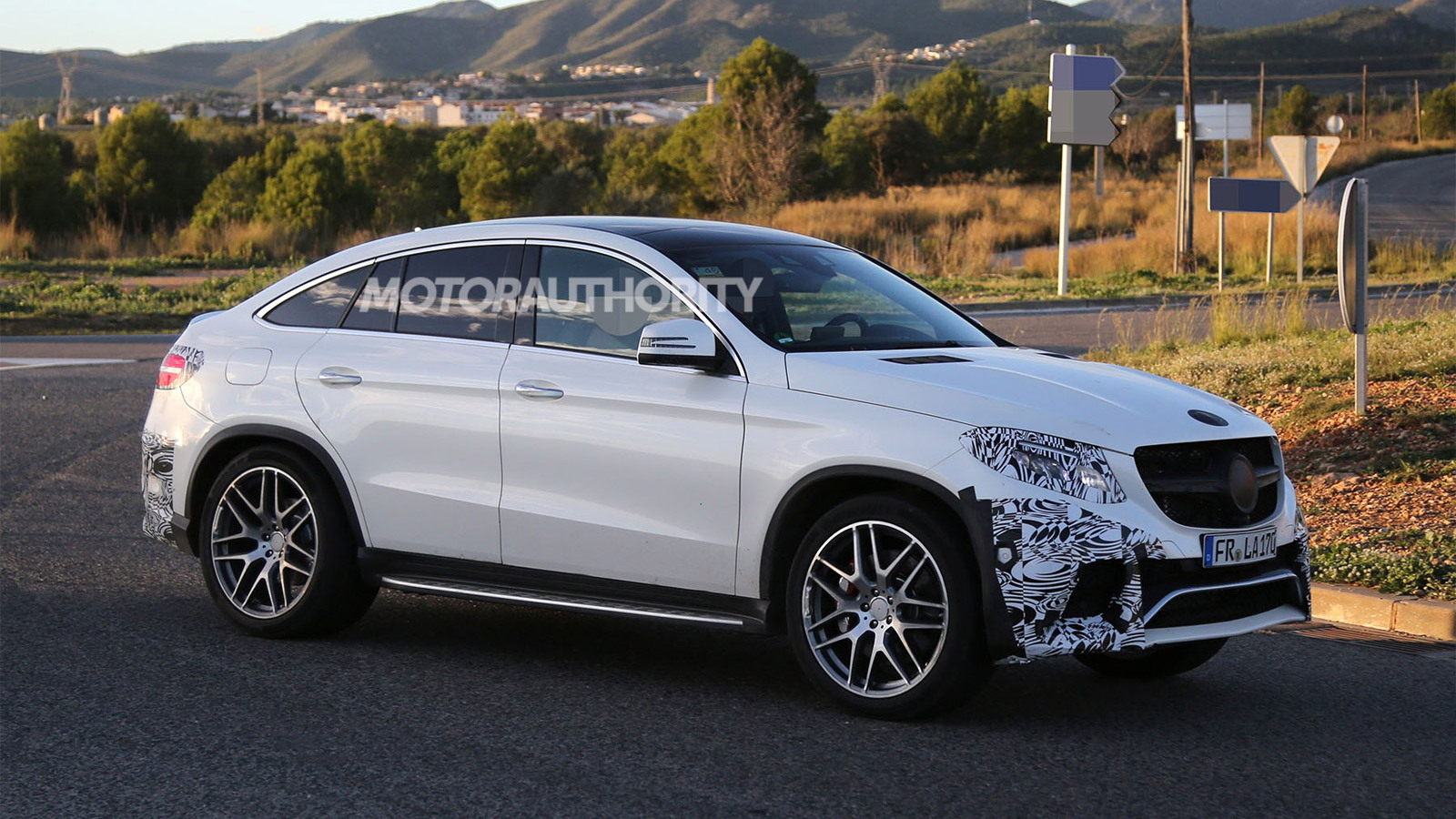 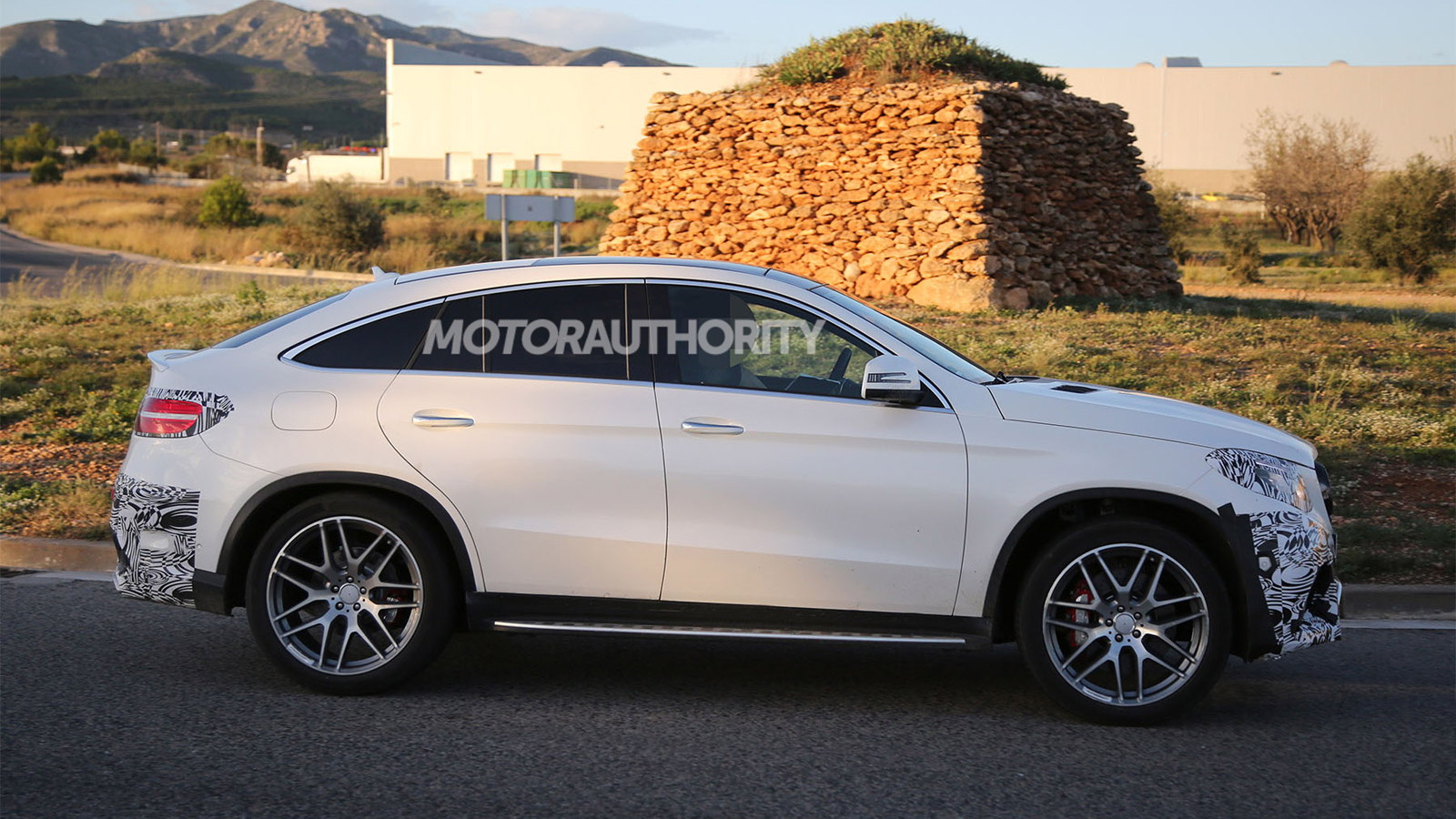 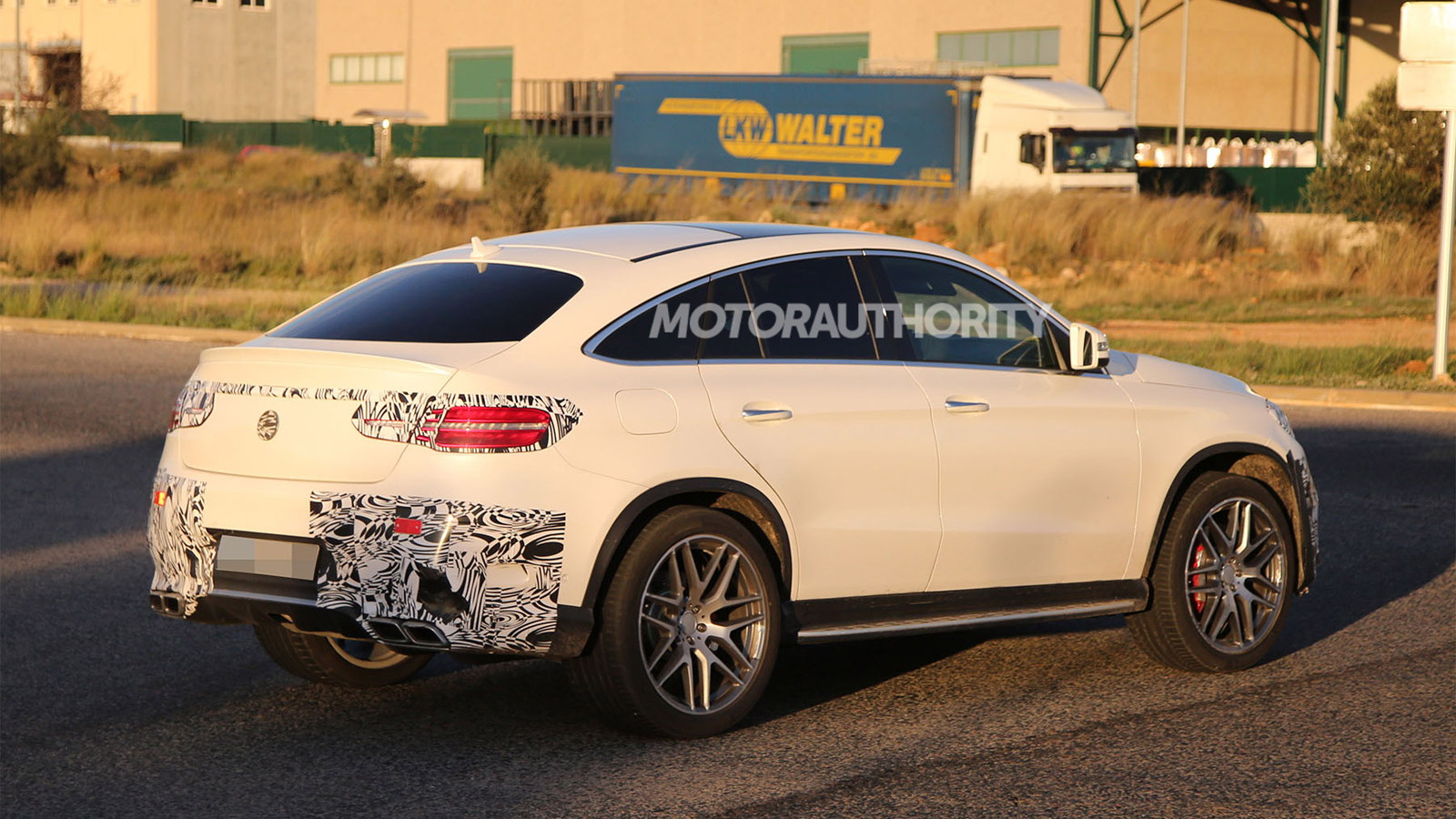 8
photos
Mercedes-Benz recently took the covers off its all-new 2016 GLE Coupe, both in standard trim and in new AMG sport format. However, the version we’re most interested in is the dedicated performance model from Mercedes-AMG, the GLE63 Coupe, which was recently spotted testing in Spain.

For those unfamiliar with the GLE Coupe, it’s a version of Mercedes’ upcoming GLE (an updated version of the M-Class) with coupe-like styling. Basically, it’s Mercedes’ rival to the BMW X6. And just as the X6 has a high-performance X6 M version, the GLE Coupe will be getting a GLE63 Coupe version from the M division's rival in Affalterbach.

What’s immediately clear is that the GLE63 Coupe will adopt the aggressive styling that Mercedes-AMG is adopting for its entire range, with the signature elements being an aggressive set of intakes in the front bumper, an A-wing front splitter, and quad exhaust tips with an angular design.

Expect output of the GLE63 Coupe, whatever engine it's packing, to match or even exceed the 550 horsepower of the current ML63 AMG performance SUV. Drive, meanwhile, will go to all four wheels via a rear-biased 4Matic all-wheel-drive system. In addition to BMW’s new X6 M, the GLE63 Coupe should also prove a threat to high-end Porsche Cayenne variants as well as the Land Rover Range Rover Sport SVR given these specs.

Production of all GLE Coupe variants will take place at Mercedes’ plant in Tuscaloosa, Alabama. Sales will commence sometime in 2015.