Ferrari has finally confirmed what everyone has already known for some time, that four-time Formula One world champion Sebastian Vettel will replace Fernando Alonso at its F1 team in 2015. Alonso is yet to confirm where he’s headed but the current thinking is a return to McLaren, which the Spaniard drove for in the 2007 season.

Vettel will be teamed with Kimi Räikkönen next season and has a three-year contract with Ferrari. The German previously said he chose to leave the team where he won his four championships, Red Bull Racing, because he had a hunger for something new. No doubt the fact that his current teammate, Daniel Ricciardo, has outshone him this season also weighed on the decision.

“The next stage of my Formula One career will be spent with Scuderia Ferrari and for me that means the dream of a lifetime has come true,” Vettel said in a statement. “When I was a kid, Michael Schumacher in the red car was my greatest idol and now it’s an incredible honor to finally get the chance to drive a Ferrari.”

“Scuderia Ferrari has decided to put its faith in the youngest multiple champion in the history of Formula One,” Ferrari team principal Marco Mattiacci said. “In Formula One terms, Sebastian Vettel is a unique combination of youthfulness and experience and he brings with him that sense of team spirit which will prove invaluable when, together with Kimi, they tackle the challenges awaiting us, as we aim to be front runners again as soon as possible.” 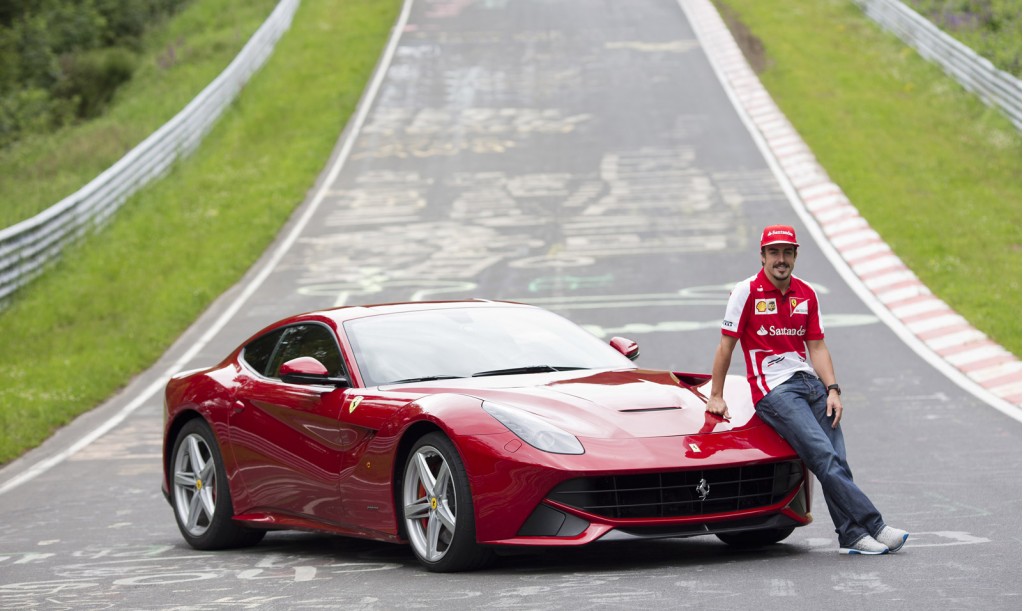 During today’s announcement, Ferrari also thanked Alonso for his five years with the team. The two said they had ended their relationship by common consent.

“Today is not an easy one for me, because even if I always look to the future with great enthusiasm and determination, at the end of this season my journey as a Ferrari driver will come to an end,” Alonso said. “It was a difficult decision to take, but a carefully considered one and from start to finish, my love for Ferrari was a prime consideration.”

Both drivers will appear with their current respective teams for the last time at this weekend’s Abu Dhabi Grand Prix. In related news, the Lotus F1 team has confirmed an unchanged driver lineup in 2015, meaning Romain Grosjean and Pastor Maldonado will stay on.