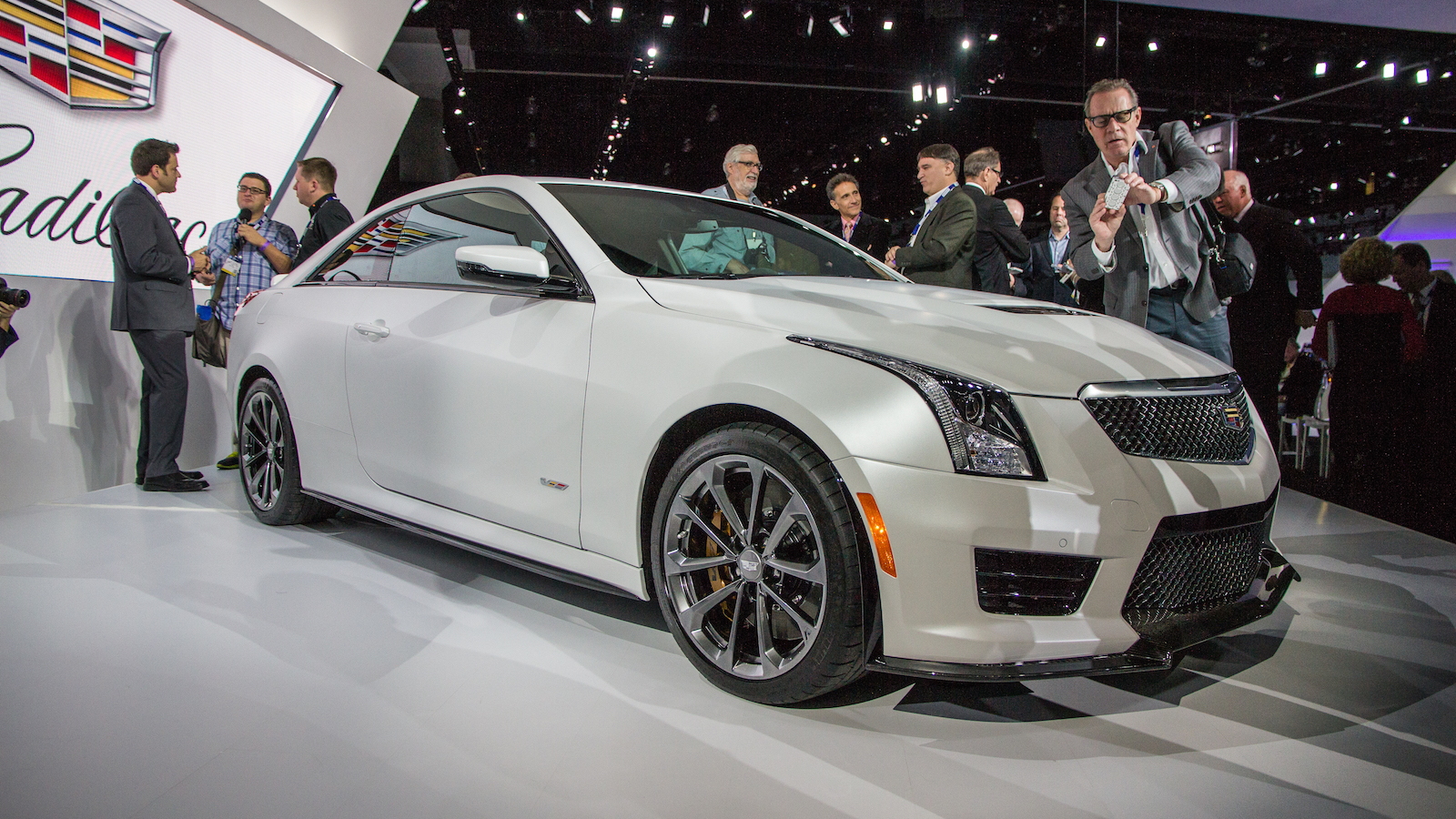 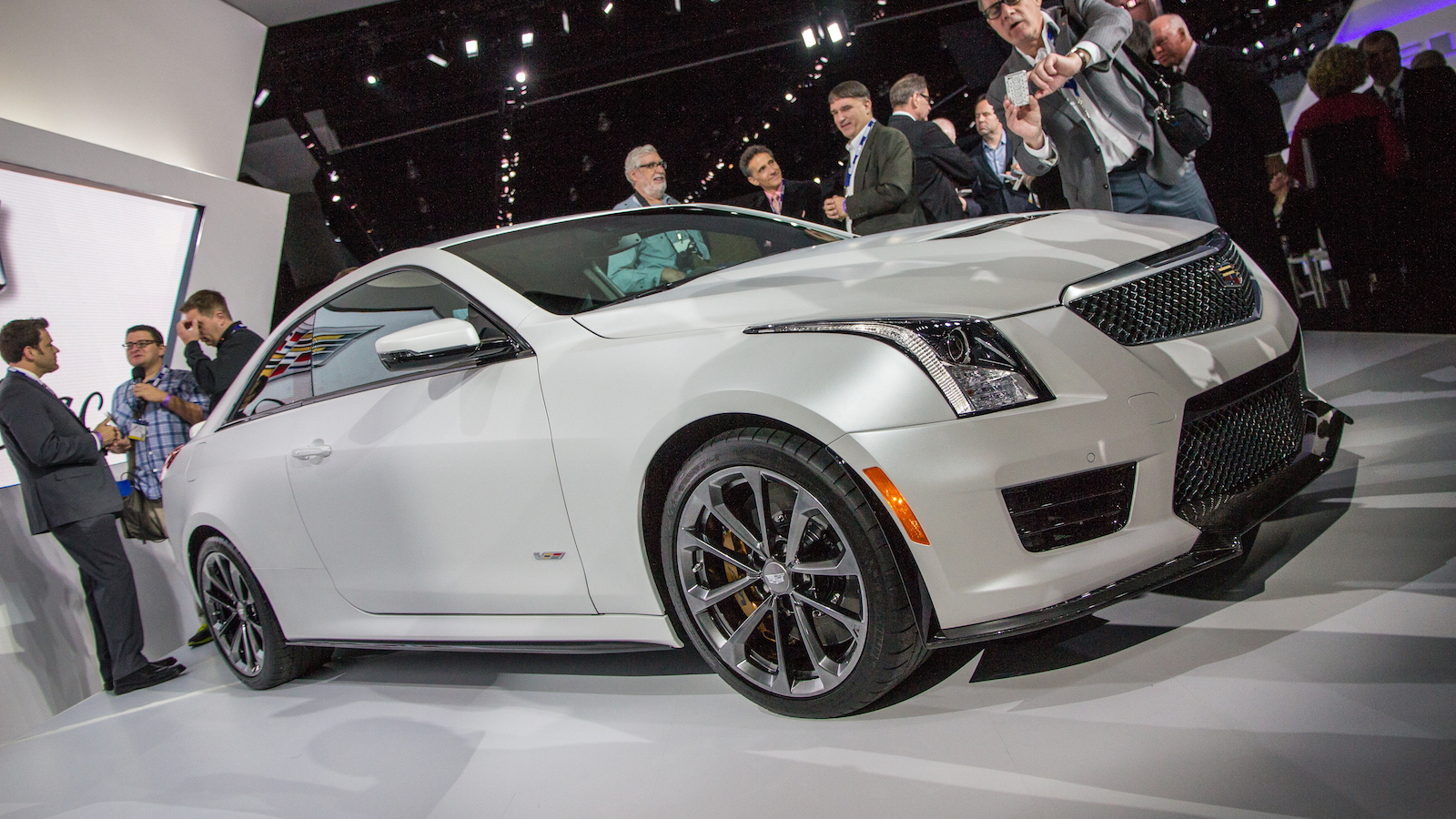 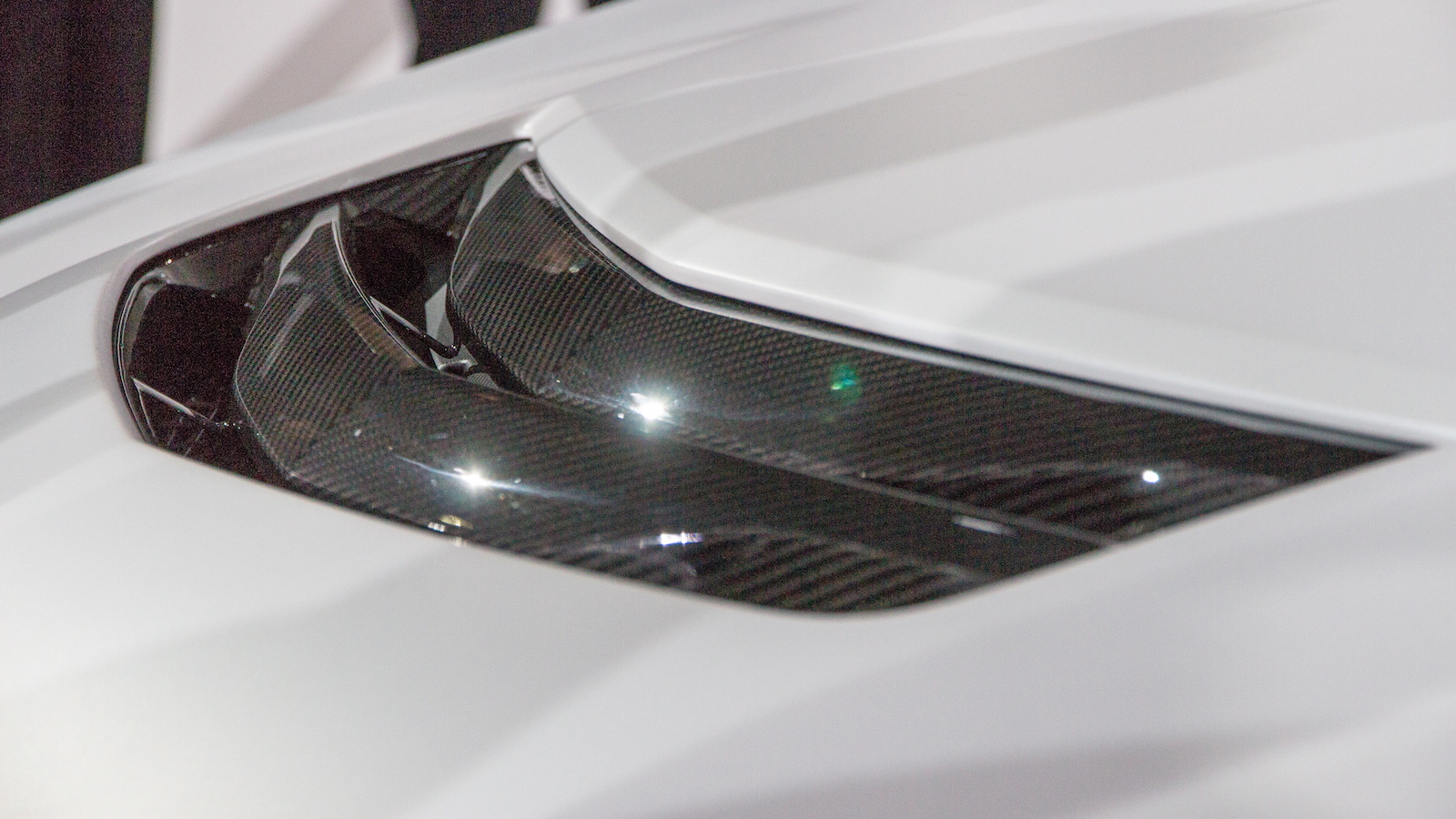 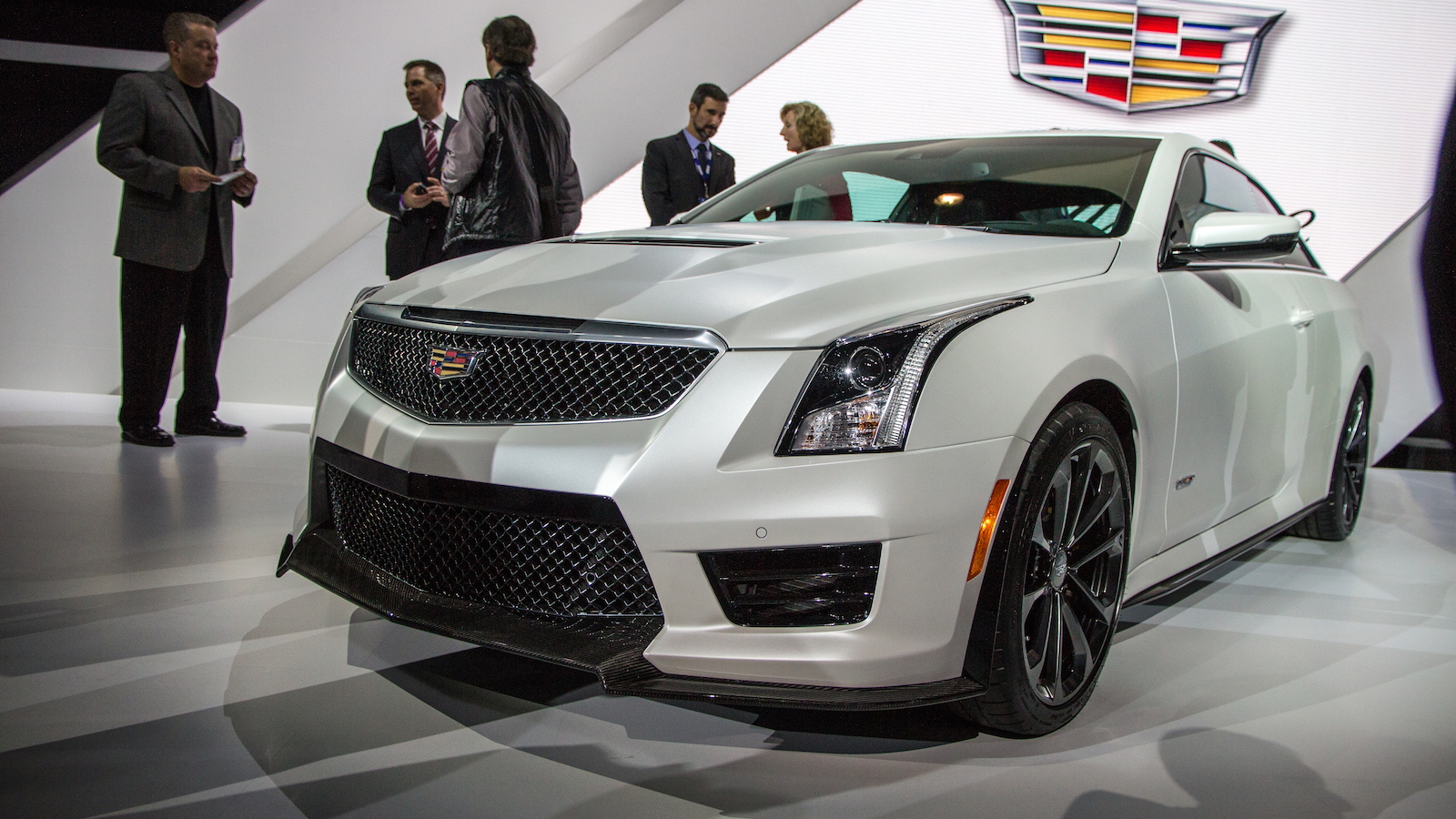 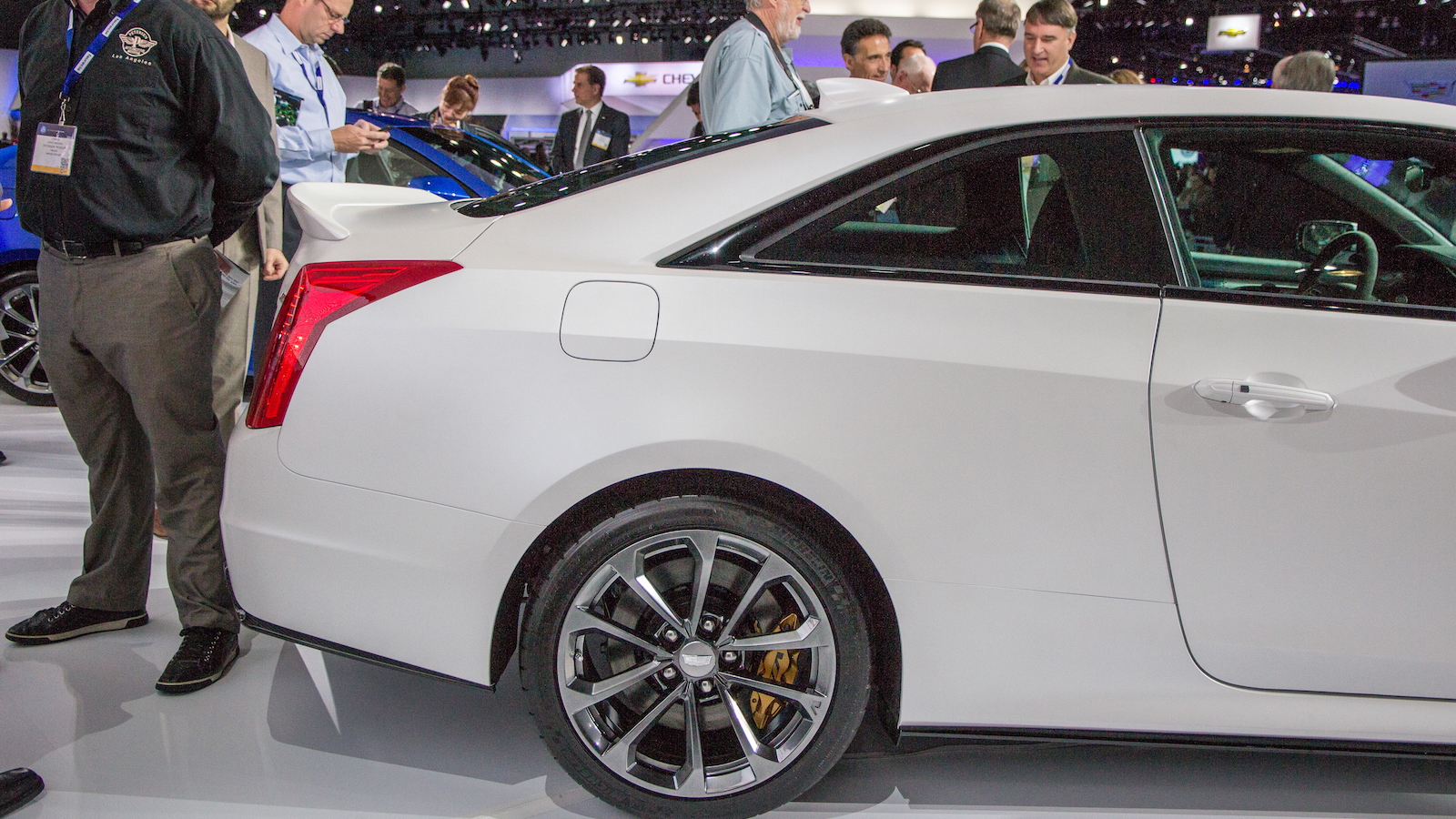 44
photos
The Cadillac CTS-V has long been a favorite of enthusiasts who know what a real driver’s car is—and at a real sweetheart of a price for what you get. Sure, it had its rough edges. But it was great. Now, the ATS-V steps in to take up that mantle—and to carry it forward.

The new engine is based on the same mill found at the heart of the CTS Vsport, but with upgrades to handle the extra power in a track-duty environment.

“As the smallest and lightest V-Series ever, the ATS-V forges a great connection with the driver, with exceptional nimbleness and responsiveness,” said David Leone, Cadillac Executive Chief Engineer. “It’s adaptable to the driver’s preferences, with every selectable mode developed to deliver the best performance for all types of driving scenarios, including the track.”

Elements that were upgraded from the standard ATS for its V implementation include: the shock tower-to-plenum brace; a stronger rocker bulkhead; stronger rear cradle-to-rocker braces; V-braces for the engine compartment; and a unique aluminum shear panel at the front of the chassis. As you’ll note, all of these upgrades are focused on making the already stiff chassis even stiffer. The ATS-V is 25 percent stiffer than the standard car, aiding handling and predictability at the limit.

Performance focused upgrades include Brembo brakes measuring 14.5 inches up front and 13.3 inches at the back. Magnetic Ride Control dampers make adjustments thousands of times per second to better match ride quality and handling to the road conditions and driver demands, with the new third-generation system up to 40 percent faster than previous MRC dampers.

Flat-shift technology lets the driver change gears up the range without lifting off the throttle, and Active Rev Match pairs road speed to engine speed on the way back down the cogs of the six-speed manual. A paddle-shifted eight-speed automatic is also available, sporting Performance Algorithm Shift software.

On top of all that, the ATS-V comes standard with a carbon fiber hood. Optional extras include a carbon fiber wing, vents, splitter, and more, with an available carbon package. A track package adds the performance data recorder (like the one found in the Corvette), a low-mass battery, floor-mat delete, tire inflator delete, and more to shave about 15 kg (or about 33 lbs) from the car.

Inside the ATS-V, you’ll find upgrades including Recaro seats with 16-way adjustability, with Mulan leather trim and sueded microfiber inserts. As you’d expect of any Cadillac V series, CUE with Bluetooth, voice recognition, and much more is also included in a special 5.7-inch package for the ATS-V.

The ATS-V will launch in the spring of 2015 as a 2016 model, where it will go up against the likes of the BMW M3/M4 and Lexus RC F. Given the pricing of its competition, we expect the ATS-V sedan to be priced close to $60k and the ATS-V Coupe to start several grand above that figure. Also in the works is a new-generation of the CTS-V, which should make its own auto show debut early next year.