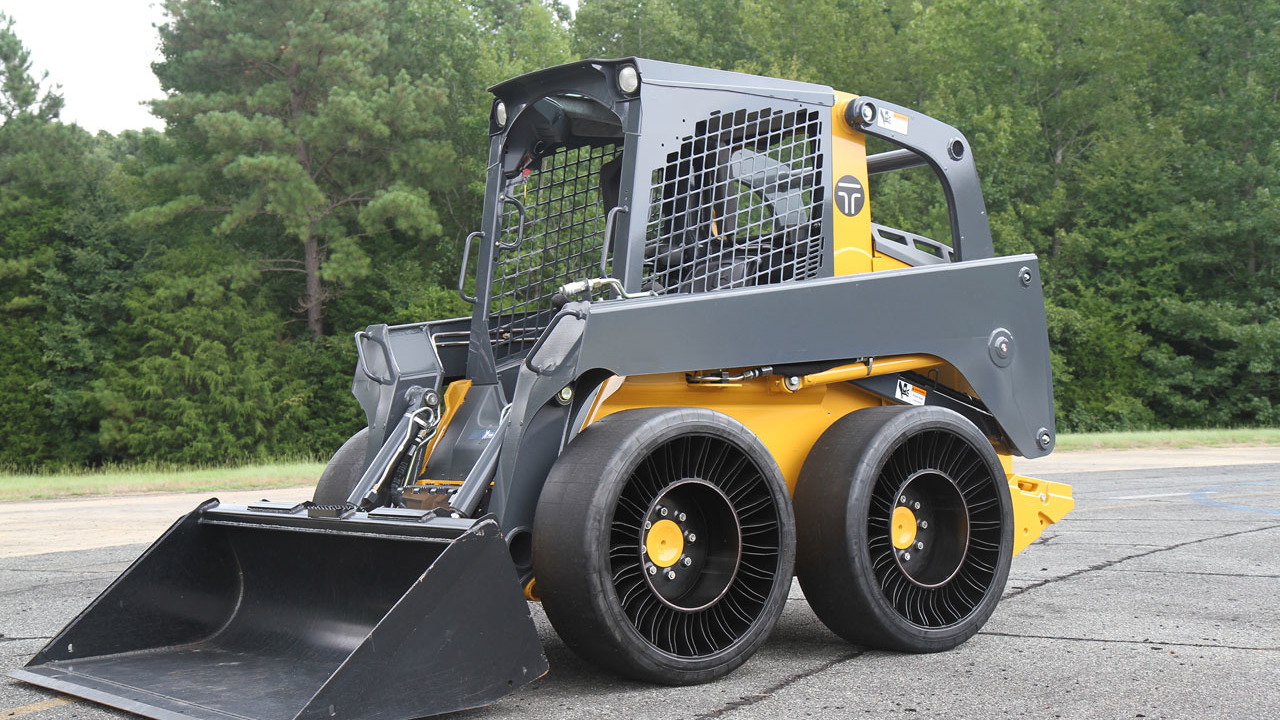 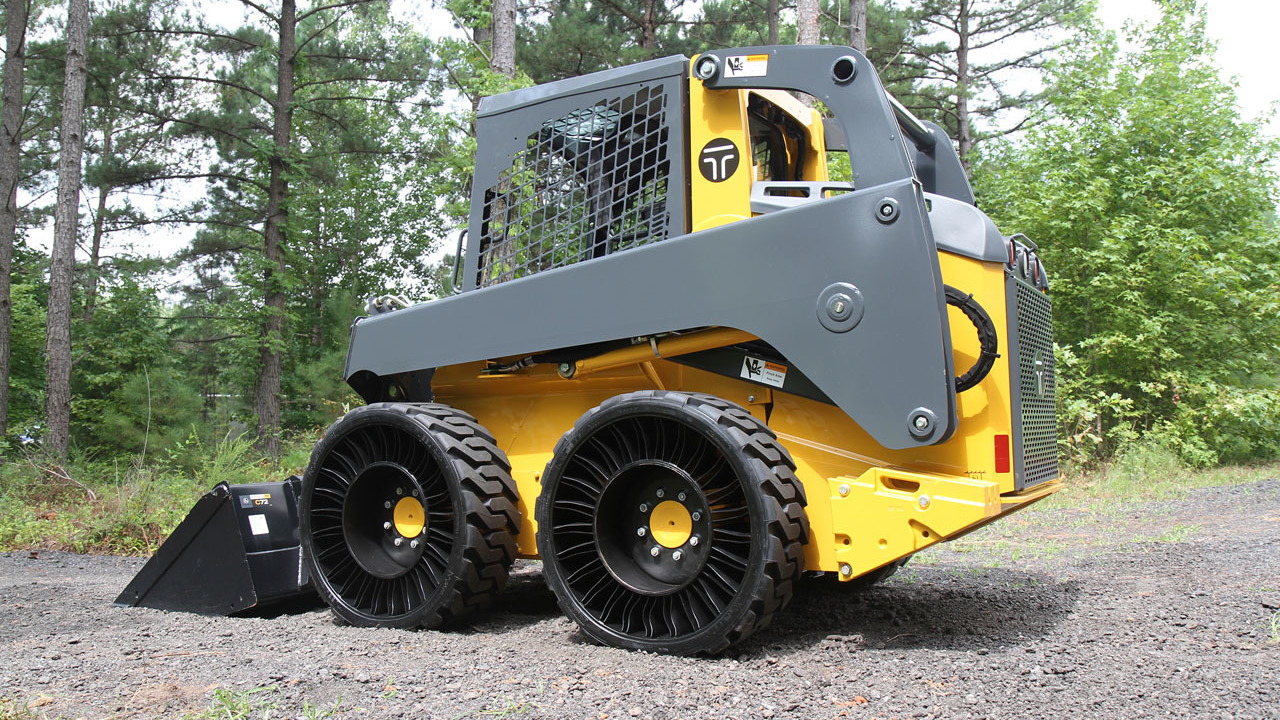 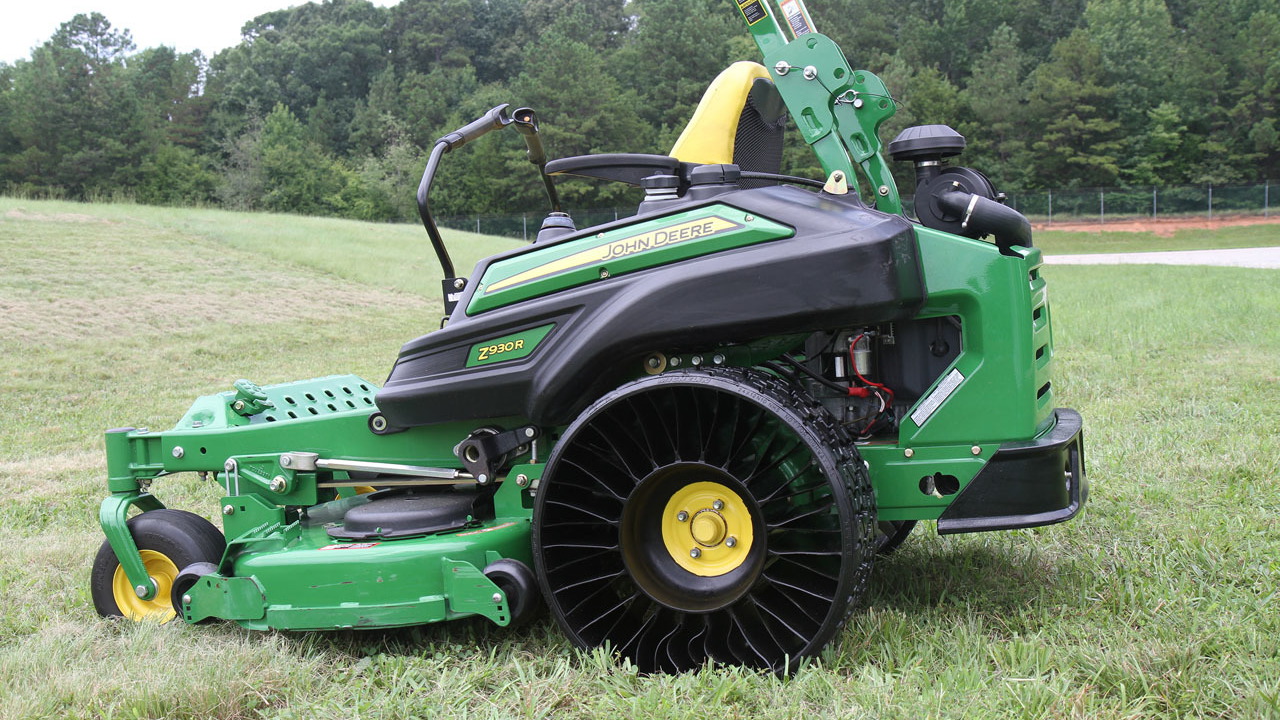 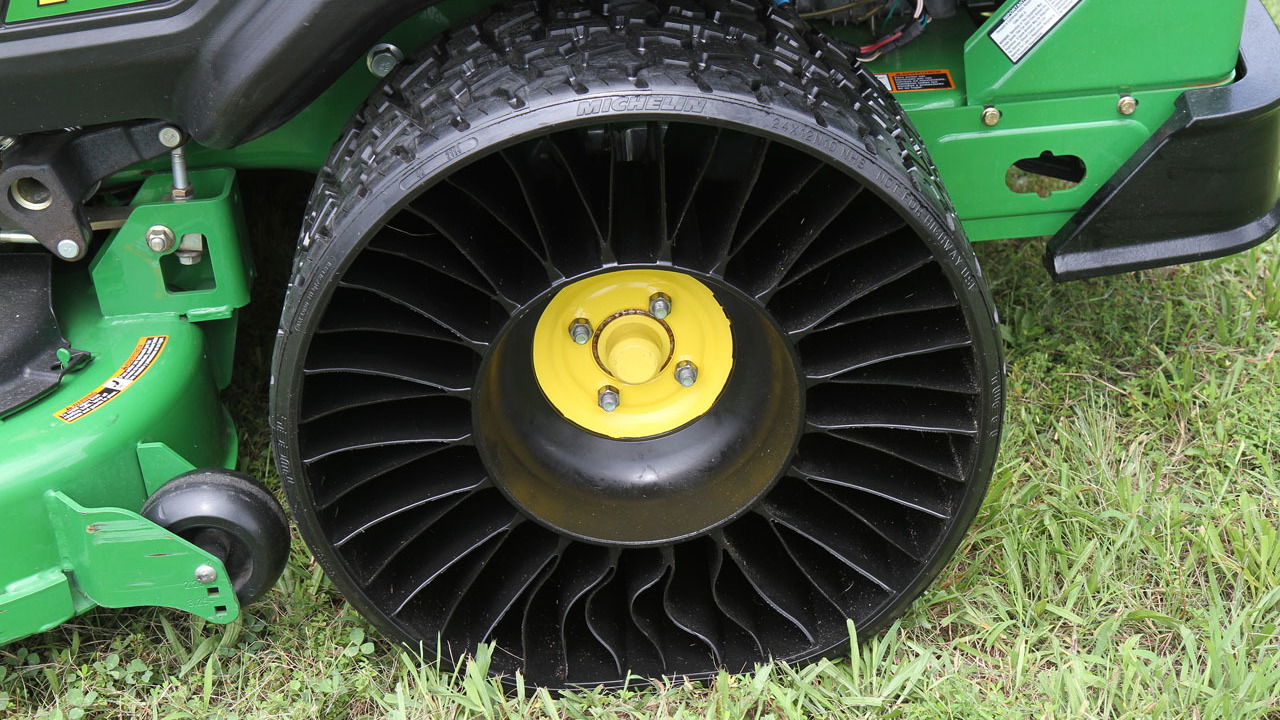 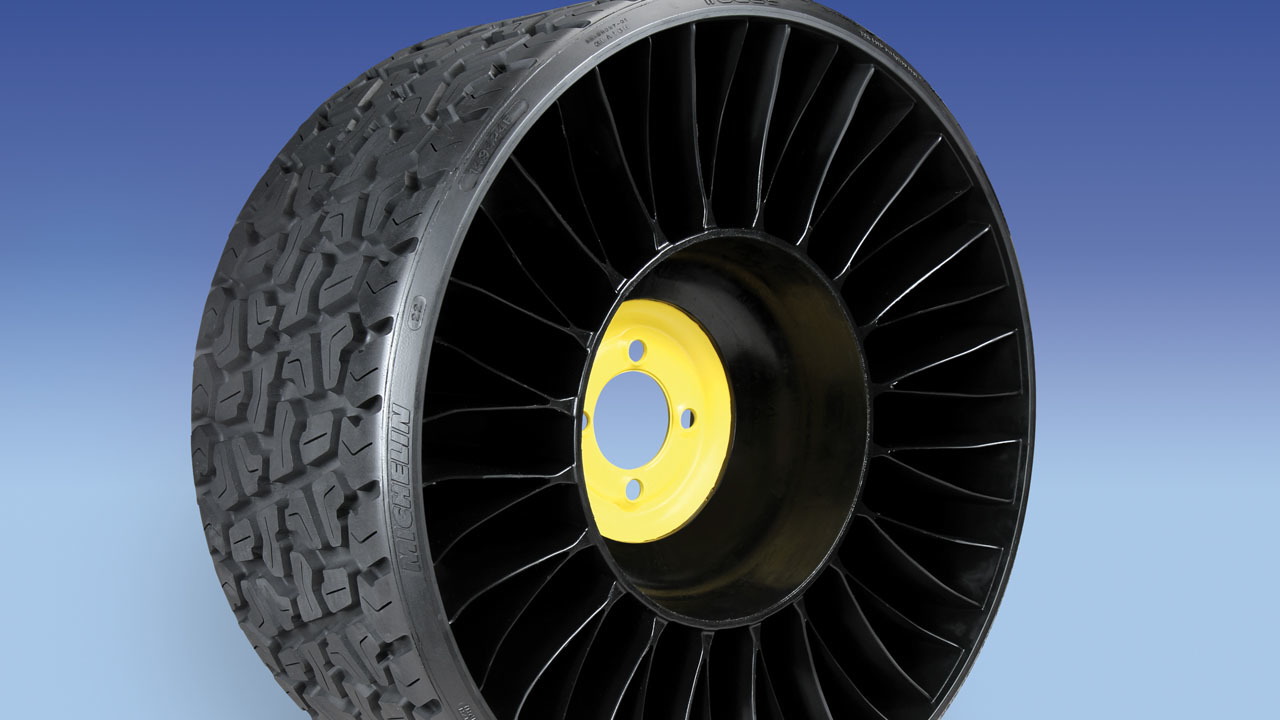 Combining a tire and wheel into a single airless object has proven to be a popular concept, although it still hasn't gone mainstream. Michelin recently announced a new production version of what it calls a 'tweel,' but not for any automotive applications—just yet.

It will open a dedicated tweel-producing factory in Piedmont, South Carolina, this week. However these airless tires will be used on skid-steer loaders and certain models of John Deere lawnmower, not cars.

Michelin's design uses a steel center hub that bolts on just like a conventional wheel. The spokes are poly-resin and can deform around obstacles, but there's still an outer tread like on conventional tires that can be made in different patterns for different applications. Since there's nothing to inflate, there's also no possibility of getting a flat.

That—along with the potential weight savings of combining tire and wheel—has led to plenty of airless-tire experimentation since Michelin introduced the concept in 2005. Both Bridgestone and Hankook have demonstrated their own airless-tire concepts. Hankook has also claimed NVH improvements because of the shock-absorbing qualities of its design.

If you want to get your hands on a set, but don't operate a loader or lawnmower for a living, Polaris also offers them on its Sportsman WV850 H.O. ATV, a military-inspired off-road vehicle that really puts this technology to the test.