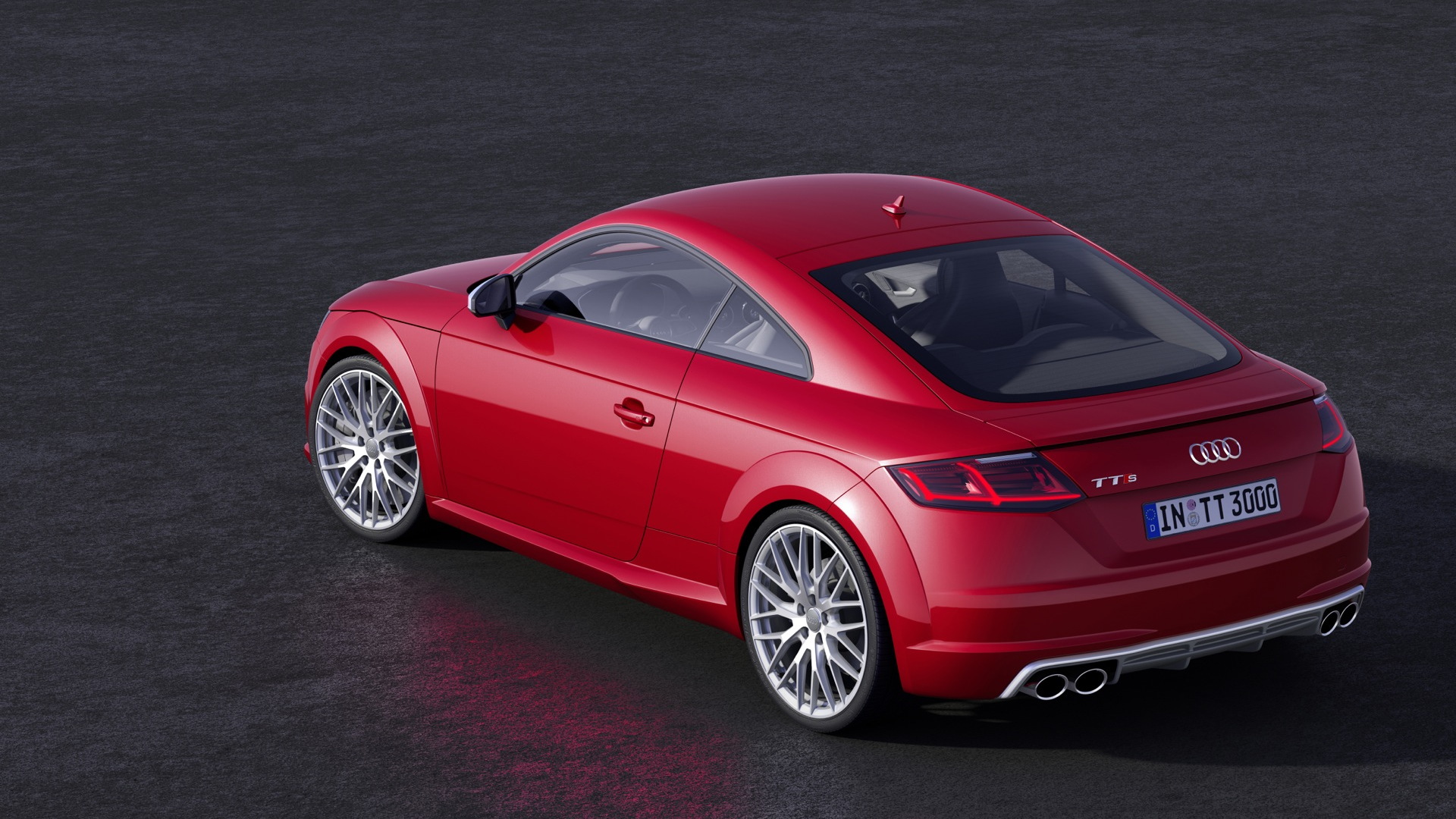 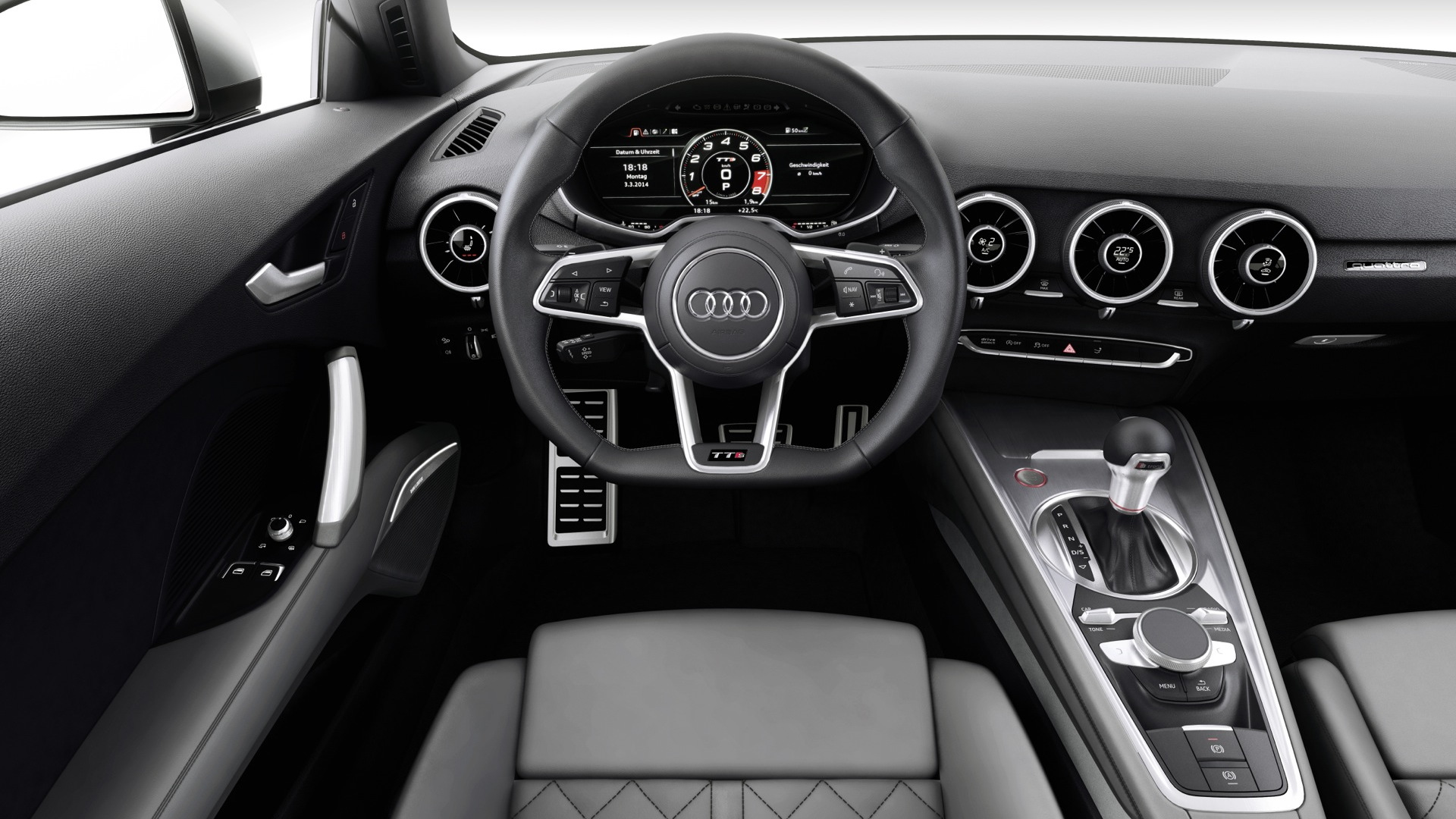 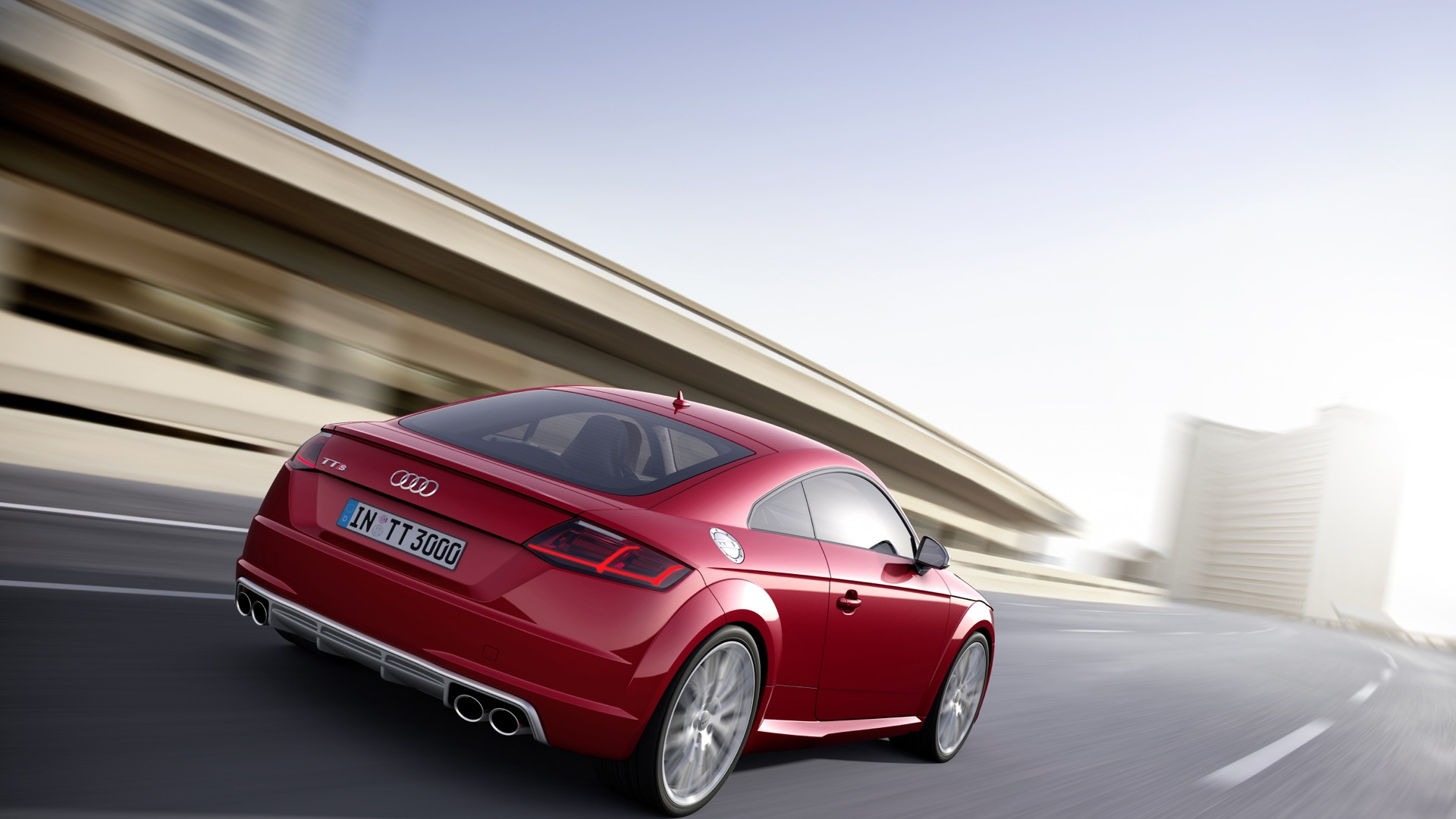 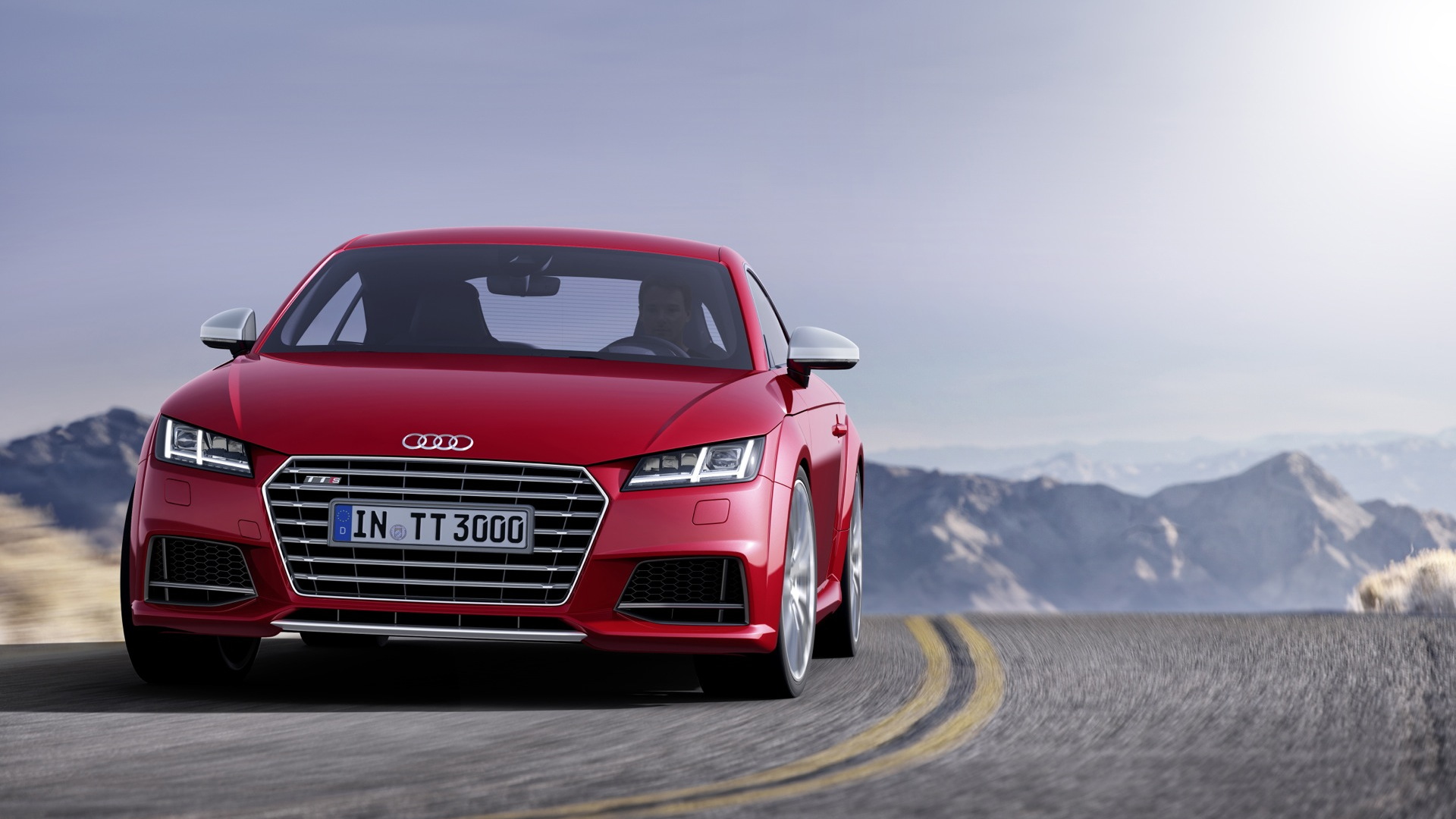 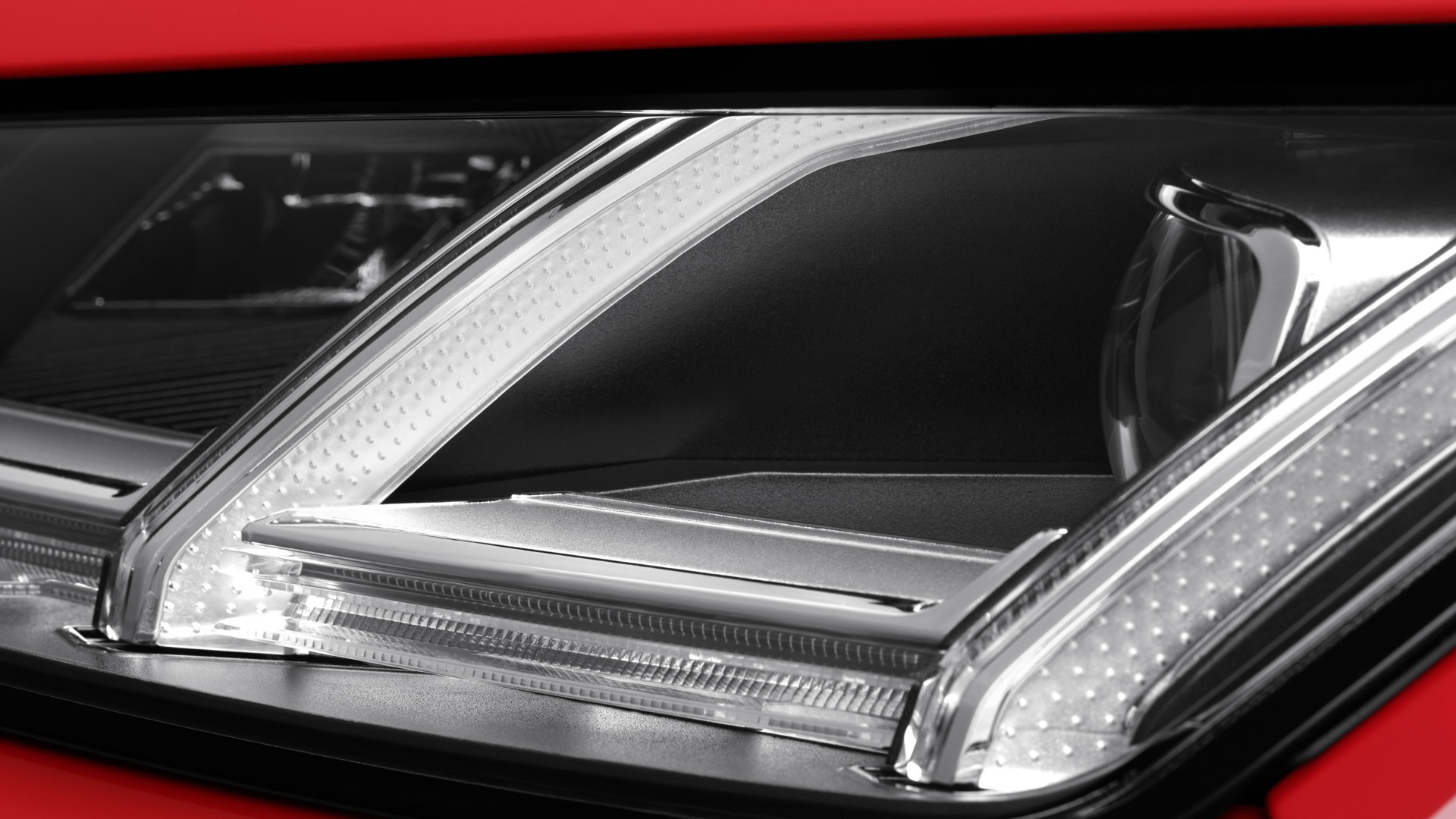 If you're not hearing some inspiring sounds from the driver's seat, it can feel like something is sorely missing from the entire driving experience. And that's perhaps most critical with otherwise spirited sports cars.

Unfortunately it's too often the case with today's performance models. The sounds of modern, direct-injection aluminum engines—whether with turbocharging or higher compression ratios—aren't particularly pleasant.

While a number of performance models—everything from the Ford Focus ST to the Subaru BRZ and even the Porsche 911—use special means to pipe in more intake noise (or something based on intake noise), and other models yet (like the current M5, use the audio system to 'play' supplemental sounds, the 2016 Audi TTS is one of the models to take this sound sculpting a step further: with something VW and Audi term the 'soundaktor,' or sound actuator.

How does Audi make something sexy out of some very colorless base sounds? Essentially, the sound actuator pipes in what Audi wants the engine to sound like inside the cabin, when it thinks the sound will enhance the driving experience.

From submarine to surface fleet

According to Markus Siewert, head of technical development for the TT, the idea originated from a strategy used in submarines—where the submarine's outer shell itself was, used as a sounding chamber to quell otherwise intrusive vibrations.

WATCH: Enjoy This Blast To 213 MPH In The Ferrari LaFerrari: Video

Some years ago, when VW Group engineers were first looking at these issues, and found that the windshield—and to a lesser degree, the cabin itself—could be used as a sounding chamber.

“We thought with the TTS—the last generation—in 2008, that we could put it in front, next to the windscreen, to see if it would work, and it did,” recalled Markus Siewert, head of technical development for the TT. “So you can produce a sound for the passenger and the driver, and you won't hear a lot outside of the car.”

“The whole windscreen is a membrane; the speaker oscillates it,” explained Siewert, who explained that there's no speaker in a classical way, just the mechanical movement at the base of the windscreen (the coil and suspension, essentially), and the windshield as diaphragm. It's tuned to deliver its 'ideal' engine sounds between the driver and front passenger.

The actual engine sound is still maybe 80 percent of what you hear, Siewert said, but we “put it in the right way” with the sound actuator, which is now used in a number of sportier models in the VW and Audi lineup, including the Volkswagen GTI and Beetle, as well as the upcoming Audi S3.

What the actuator plays out into the windshield depends on engine rpm, throttle position, and vehicle speed—and it's directly based on engine-computer data.

And while engineers could have made the sound whatever they want, they decided not to go overboard with it. “What we don't want to do is take a great sound of a V-10 or V-8 or whatever, and say that's a nice sound, and put it in the TT.,” said Siewert. “We thought it must be a four-cylinder sound, a TT sound, an Audi sound—and a sound that people can live with—and we really looked for that.”

All the calibration and programming of the system was done in-house, by NVH engineers, Siewert added. “It's a lot of work; it has to be perfect in all conditions, all weather conditions, and you have to drive for a long time.”

In the 2016 TTS, that sound will be enhanced and supplemented by a particularly vocal exhaust note in some conditions. Special exhaust flaps open at certain rev and throttle conditions—and certain drive-mode settings—to help produce something more enjoyable.

As we observed in a first drive of the 2016 Audi TT lineup a few weeks ago, the sounds outside the TT aren’t particularly inspiring. In the turbo-diesel TT TDI especially (a model we're not getting in the U.S.), the role of the sound actuator is most obvious; that's where the very diesel-like mechanical sounds with the windows down, at idle, were drowned out by a throaty, enthusiastic sound in the cabin with the windows up, driving rapidly.

The acoustics are completely different in TT and TTS Roadster models, so they use a different calibration for the system, to adapt to top-down driving.

Through the modes of Audi Drive Select—Comfort or Dynamic, for instance—you can affect the level of the system.

But beyond that we think it's a superior way to optimize that cabin ambiance, because, although Audi won't say this much, just a brief search on forums shows that you can fully and easily 'deactivate' it (it's a puck-shaped plastic enclosure, at the back of the engine bay, under the windshield base), with no worries about changes in engine breathing or emissions equipment.

Yes, it's fake. But then again, so many other things about driving a modern car—fake steering weight added back in, ridiculously aggressive accelerator calibrations, artificially quick responses of active suspensions. If it transforms a drone into music to our ears, why not?