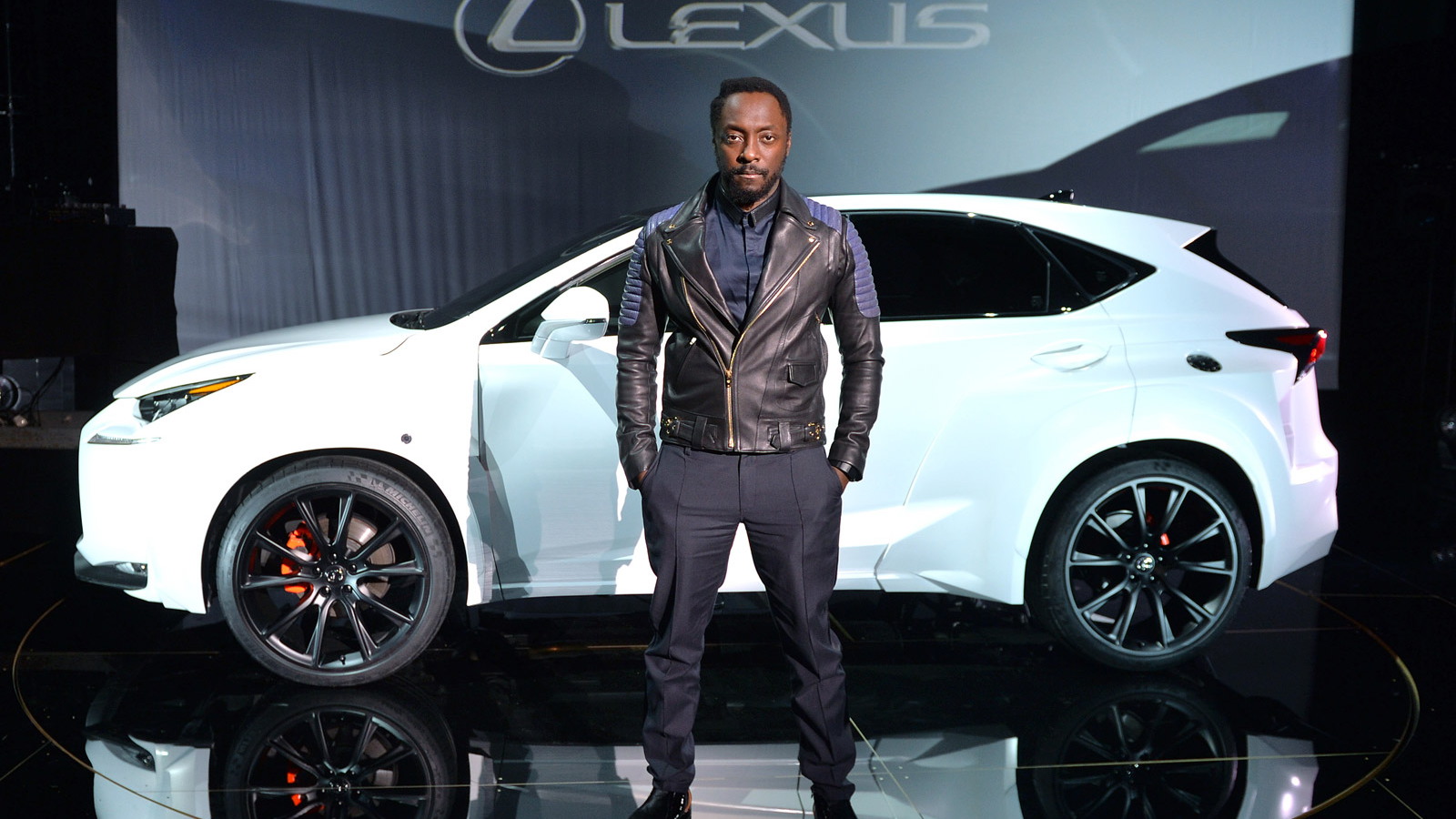 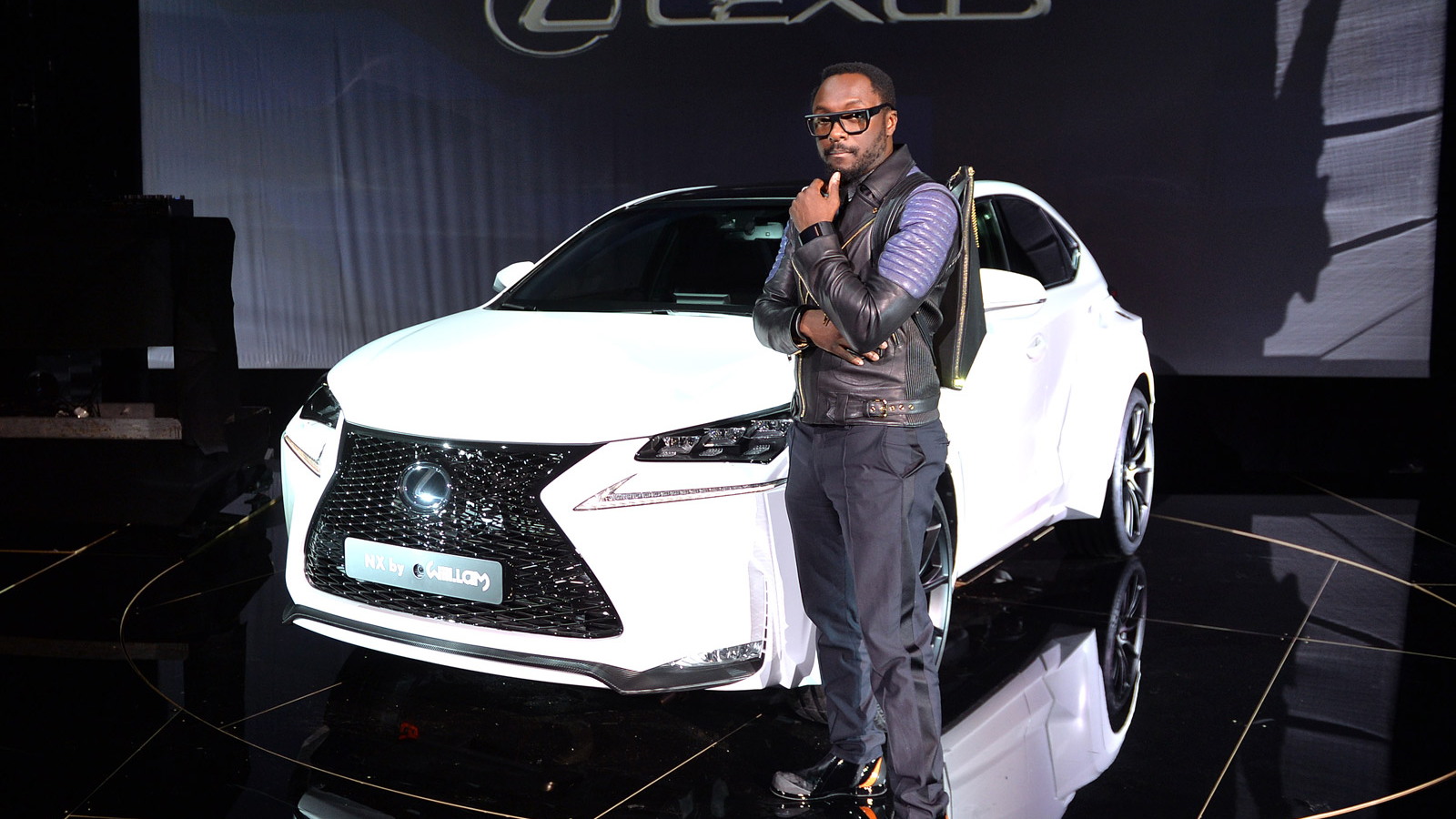 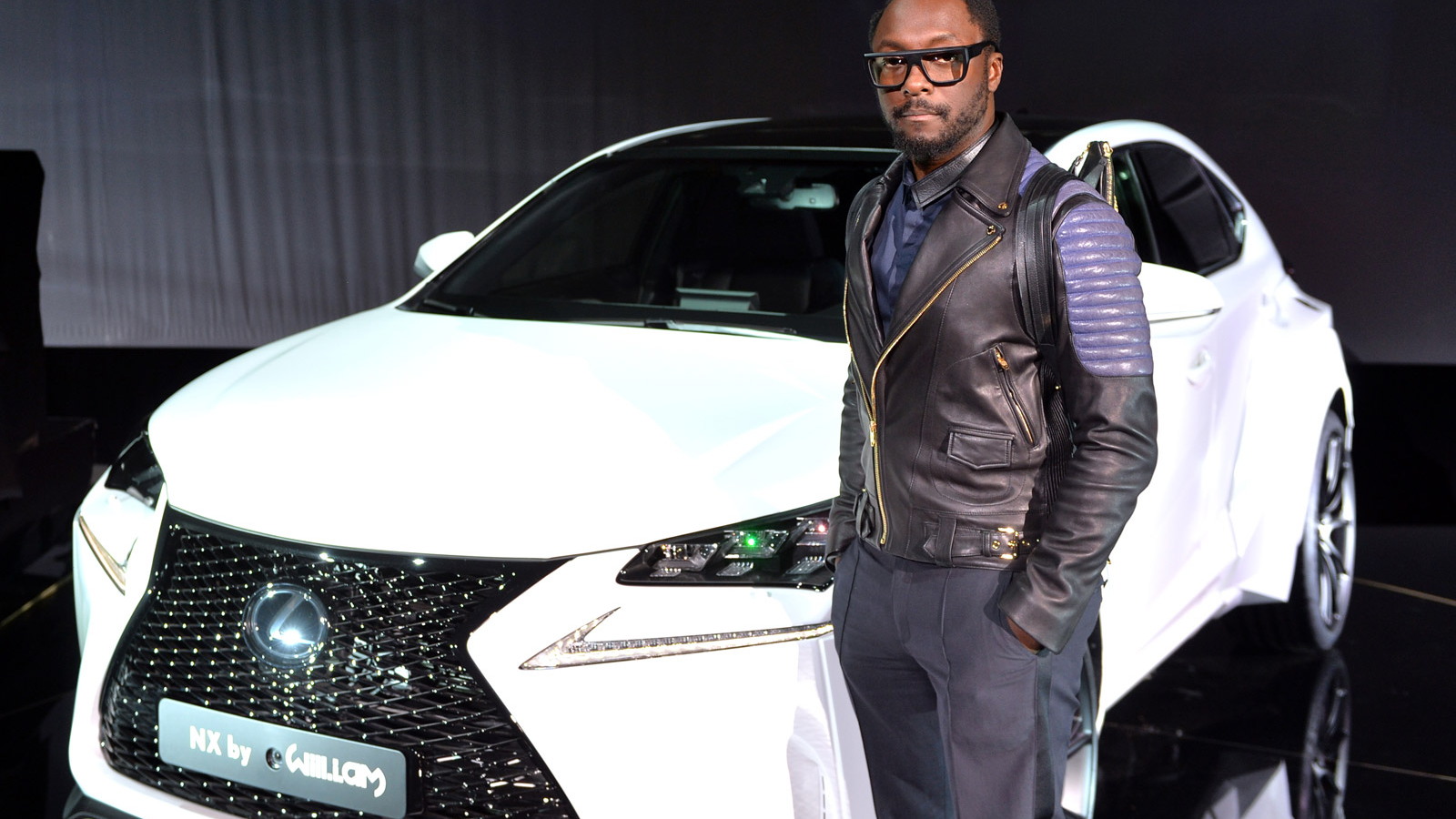 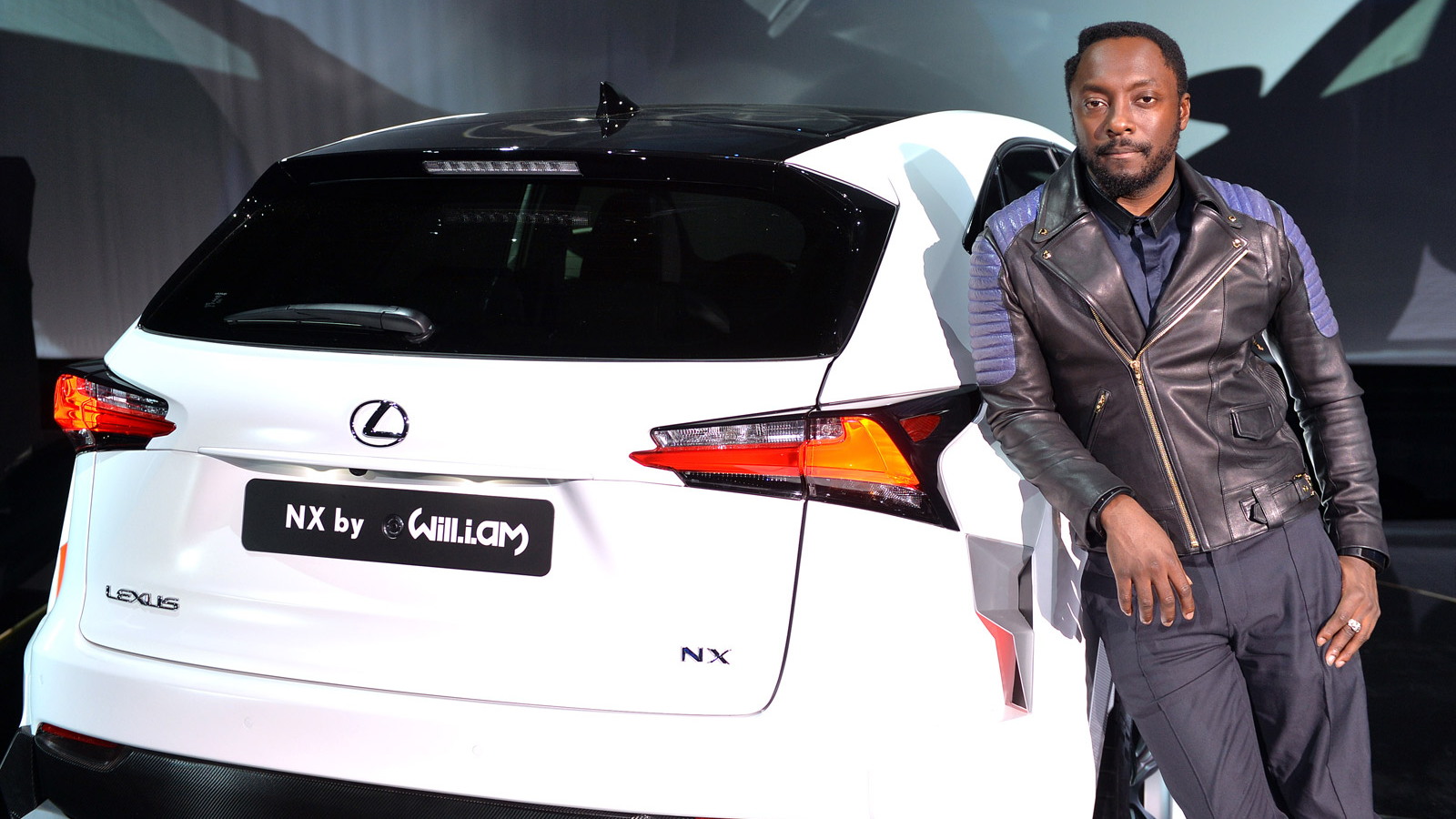 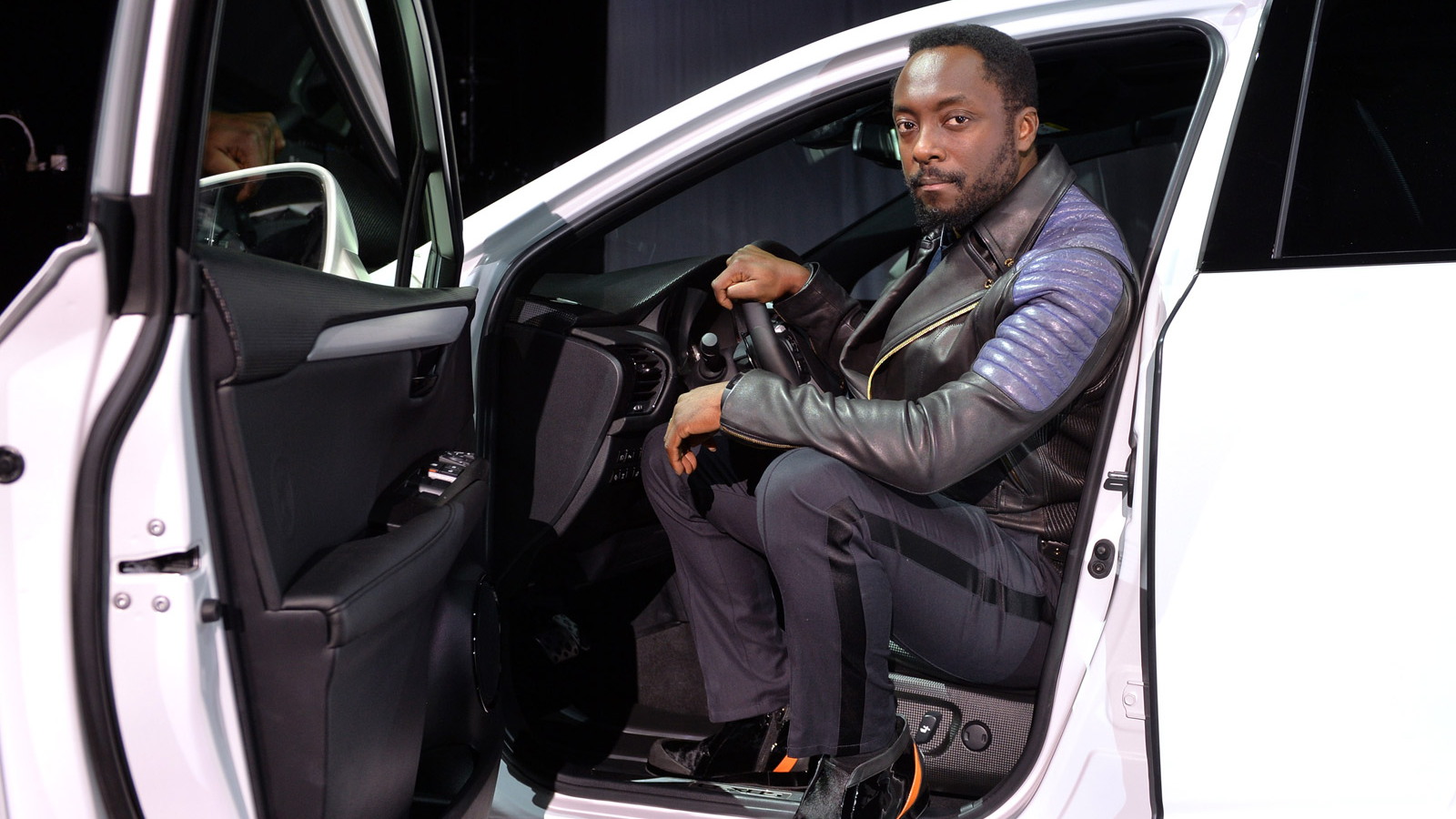 A week ago we told you that Lexus had teamed up with actor, musician and wannabe designer  Will.i.am, real name Williams Adams, to develop an “extremely stylized” version of its 2015 NX. Well, the custom compact crossover was revealed overnight during Paris Fashion Week and we have to admit it doesn’t look all that bad, especially considering Will.i.am’s previous attempts at automotive design.

The Black Eyed Peas member was on hand to present the custom NX, which is based on the entry-level NX 200t variant equipped with the car’s available F Sport package. There is a long list of modifications but the most obvious is the new wide-body kit. It’s joined by brushed aluminum and carbon vinyl as well as matte pearl white paintwork and a black-tinted panoramic glass roof. As well as sitting lower to the ground, the custom NX is also fitted with massive 22-inch alloy wheels finished in a gloss black hue. These are contrasted by bright orange brake calipers.

The interior has also been given a thorough makeover. Modified seats are upholstered in soft Nappa leather, specified by Will.i.am and hand-embroidered with his ‘willpower’ logo. Brushed aluminum floor mats and a monochrome color scheme is also to his personal specification.

One of the most innovative features of the NX is its array of four 180-degree cameras, which can capture panoramic photographs and video while driving. Built into the customized bodywork, they capture media that can be displayed instantly on the driver or passengers’ smartphone screens, via Bluetooth. The final touch is a wireless charging tray (Lexus’ own design) located in the center console box.

“I am honored to be launching my bespoke Lexus NX F Sport in Paris; this car is super fresh and incorporates my personal style,” Will.i.am said of the project. “My point of view is, the best kind of design will encourage other people to interpret that design.”

Below is an ad for the new NX that stars Will.i.am and will be aired in Europe. It features an exclusive remix of Will.i.am’s Dreamin’ About the Future song.