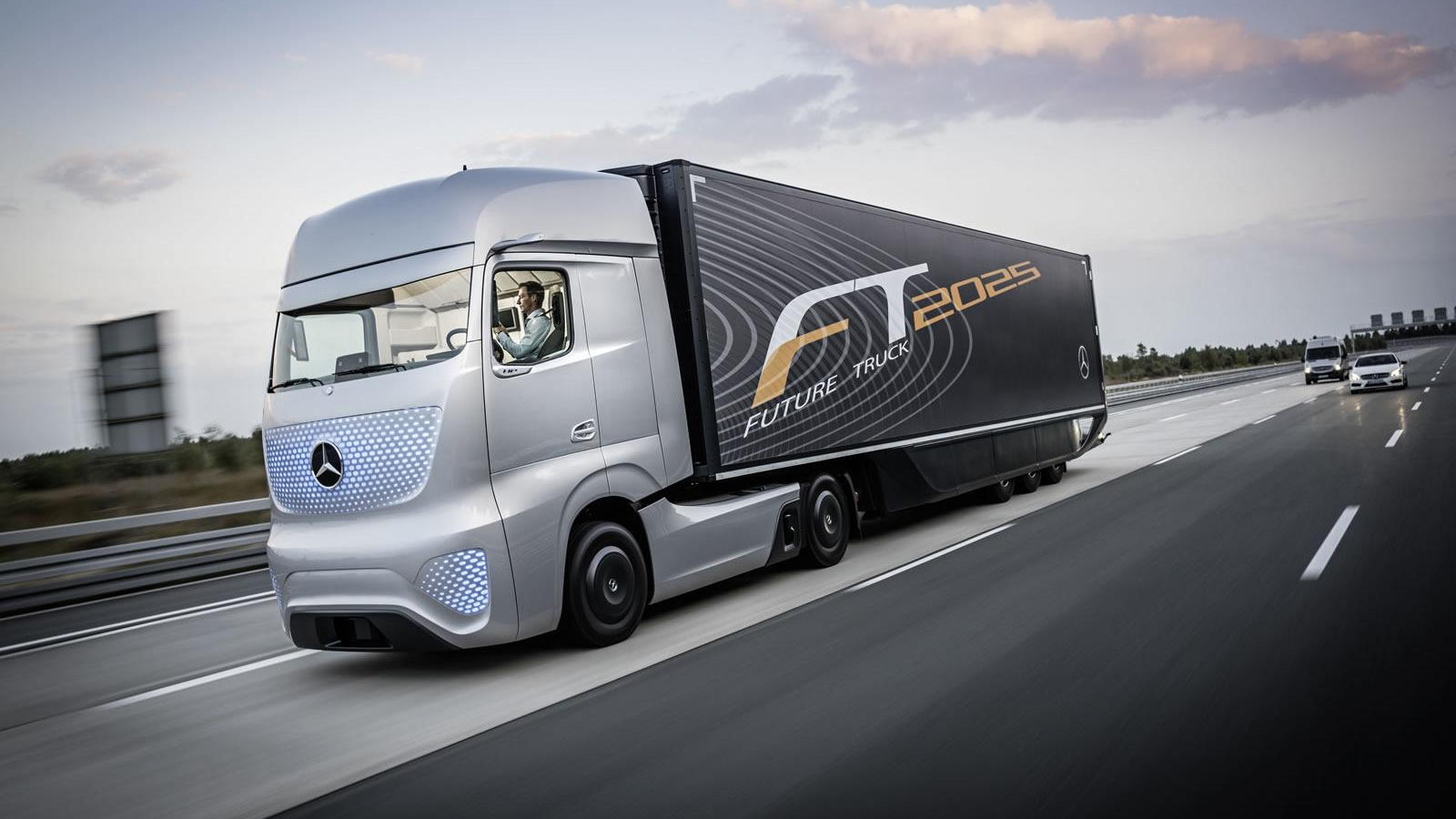 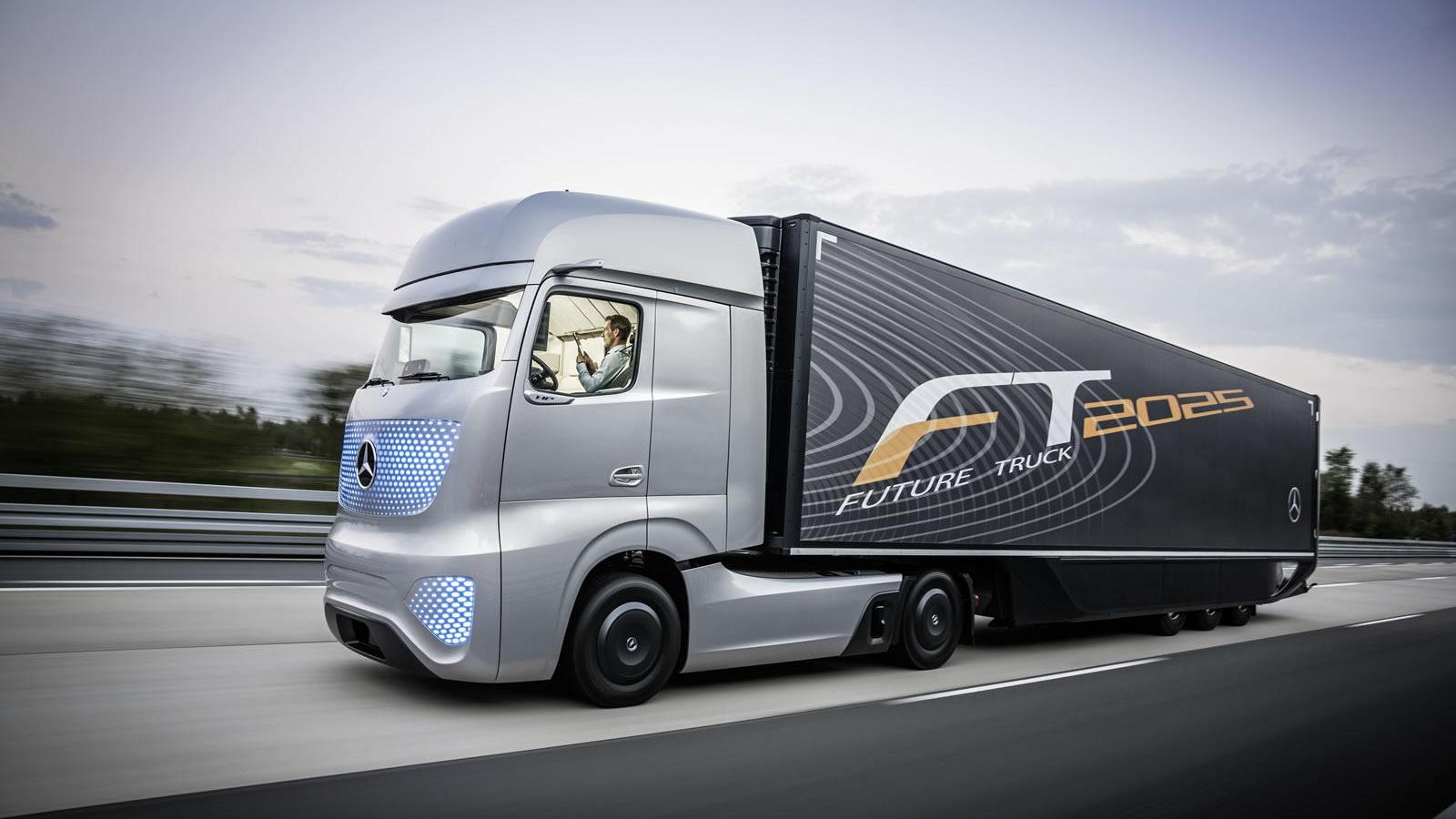 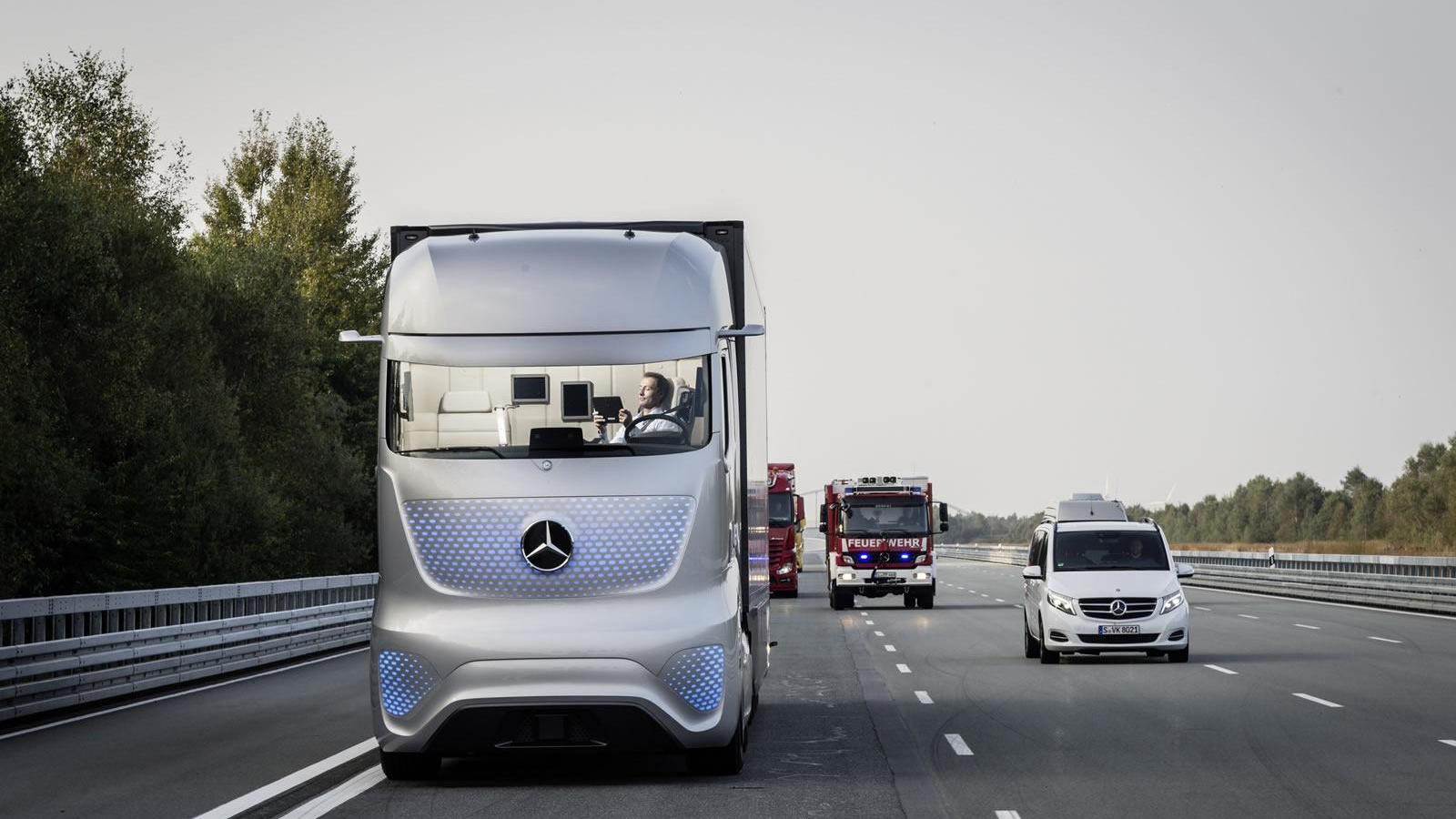 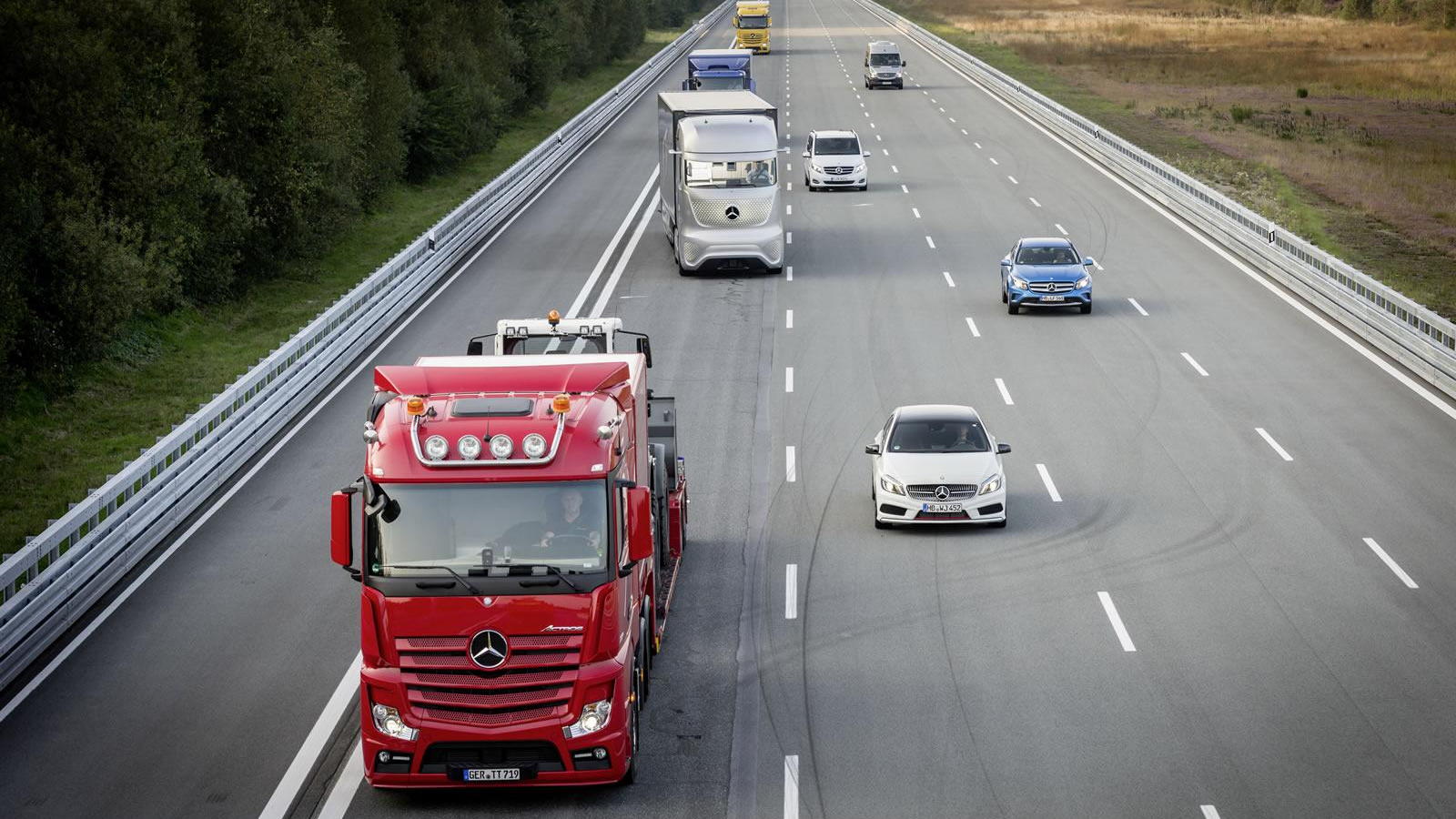 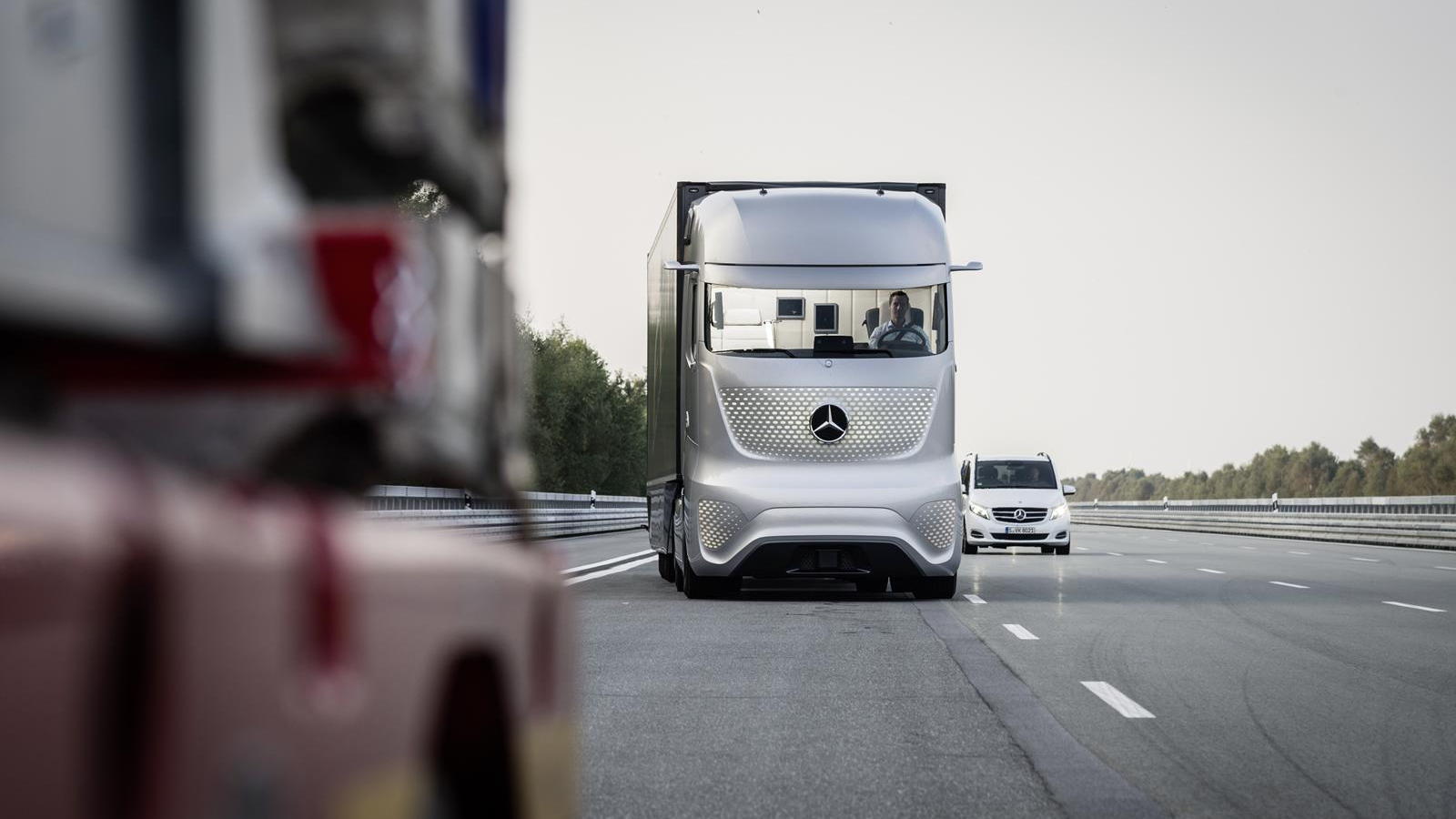 While we’ve frequently reported on autonomous cars and the impact of the technology on the car industry, one of the areas we’re likely to see the technology take hold first is in interstate trucking. Mercedes-Benz is well aware of this and at this week’s 2014 Hannover Commercial Vehicle Show has shown a concept truck that it says could help make roads much safer.

Mercedes’ parent company Daimler is one of the biggest manufacturers of commercial vehicles in the world, and with its latest concept, called the Mercedes-Benz Future Truck 2025, is previewing technology that could be available in the trucking industry someday. Using autonomous car technology developed for Mercedes’ passenger car line, the Future Truck features a ‘Highway Pilot’ system that has already been demonstrated to work in real world conditions.

MUST SEE: Ride Along In A Lamborghini Countach 5000S Flat Out: Video

Radar sensors and camera technology enable the Future Truck to drive autonomously, independently of other vehicles or central control hubs. A sensor in the lower area of the front section scans the road ahead for objects at long and short range. This works in conjunction with a stereo camera installed above the windshield that scans for the road for markings such as lanes and other traffic signs.

The road surface to the left and right of the truck is monitored by radar sensors installed in the sides. They are located on the left and right, ahead of the truck’s rear axle, and are arranged in such a way that they cover the area parallel to the truck over the entire length of the truck and its trailer as well as two meters in front. These sensors form a standalone Blind Spot Assist function that will make it to production soon. Finally, there are three-dimensional digital maps, which are borrowed from the assistance system known as Predictive Powertrain Control already fitted on many trucks. This helps the truck be aware of a road's course and topography.

All sensors on board the Future Truck are networked (multi-sensor fusion), and provide a complete image of the surroundings. Thus, all moving and stationary objects in the truck's vicinity are registered, and based on this data commands can be sent to the truck’s steering and braking systems.

Traffic flows on long-distance routes that are predictable for all road users mean more safety for all those involved. Already, assistance systems regulate vehicle speeds and are able to automatically initiate emergency braking to prevent accidents. Both have proved their worth for a number of years. A fully autonomous truck takes this concept a step further.

But the developers say the technology isn’t purely about safety; they say an autonomously-driven truck is also more fuel efficient and makes traffic flow smoother.

When might we see something like the Mercedes Future Truck 2025 in production? As in the passenger car world, the biggest hurdle is legislation. Should these barriers be overcome, the developers say the technology could be ready for market launch within the next 10 years.