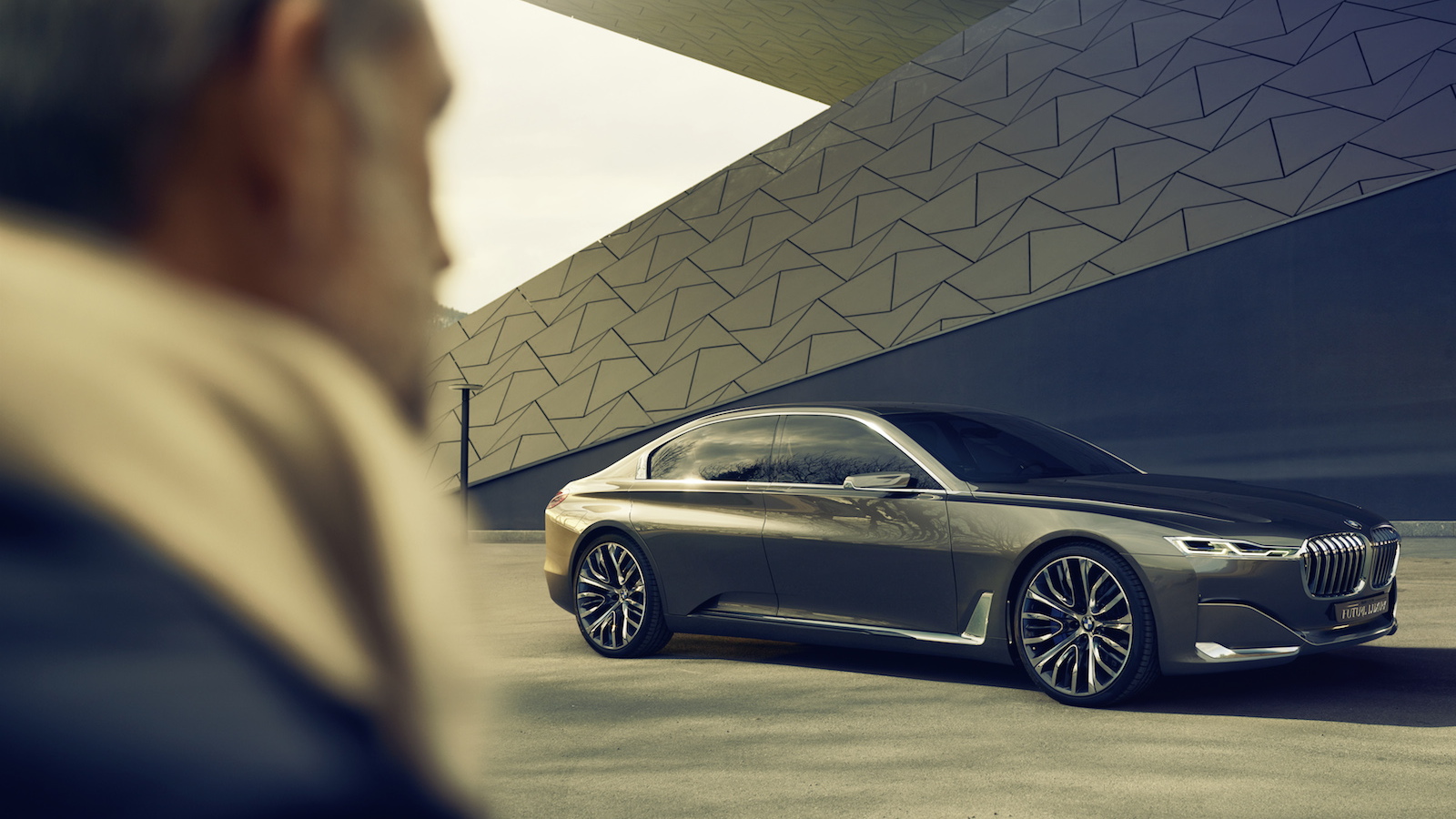 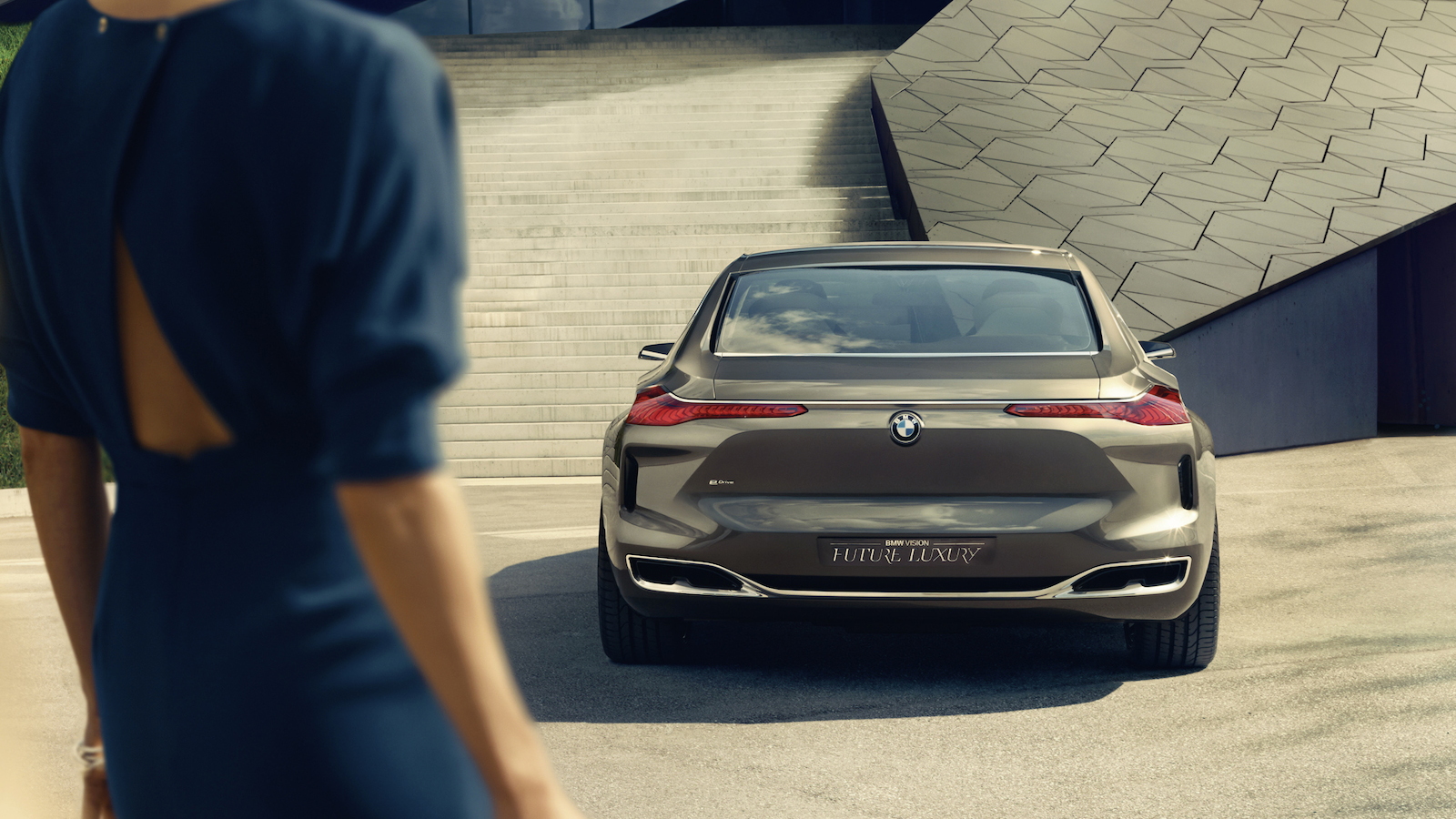 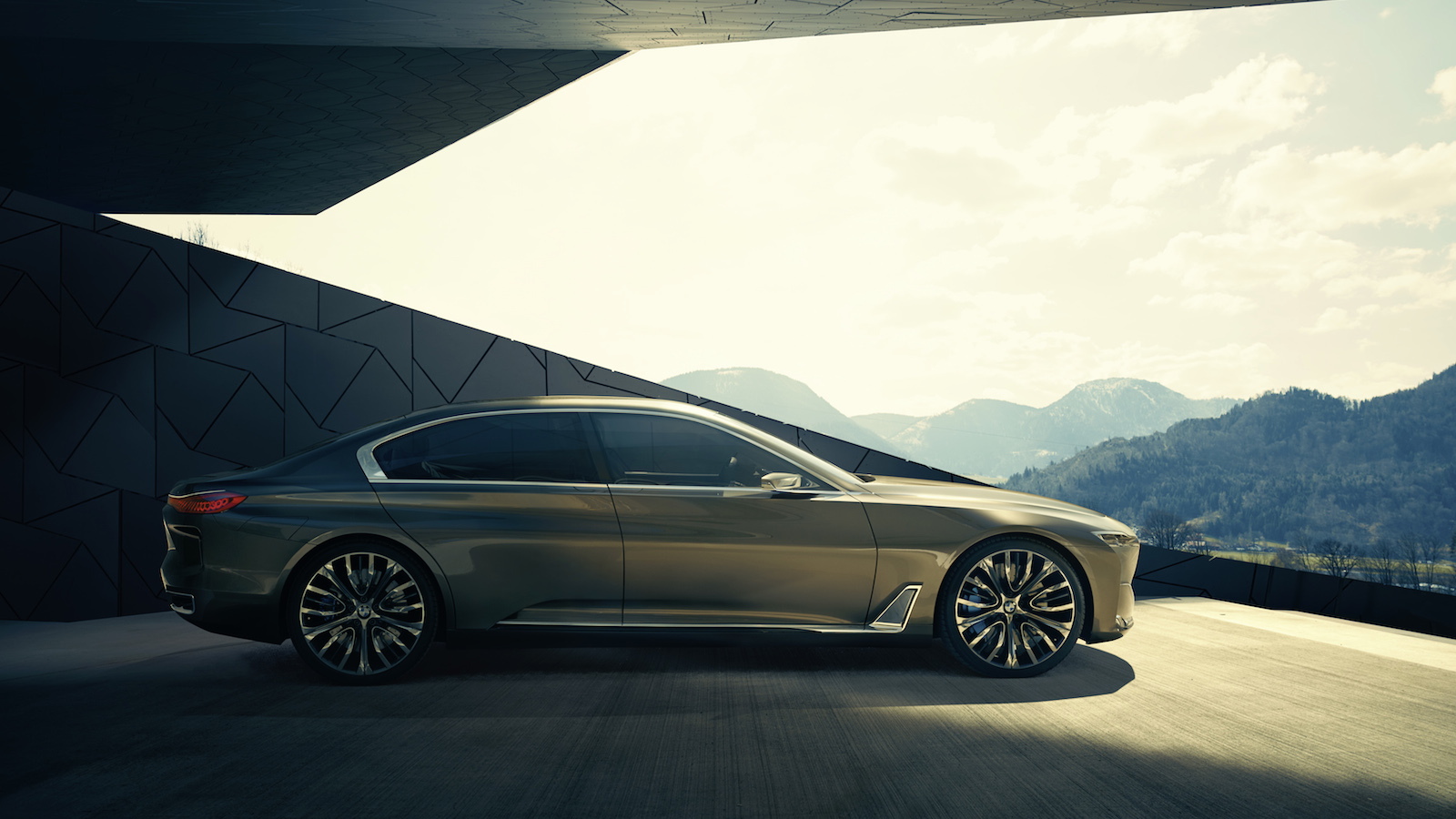 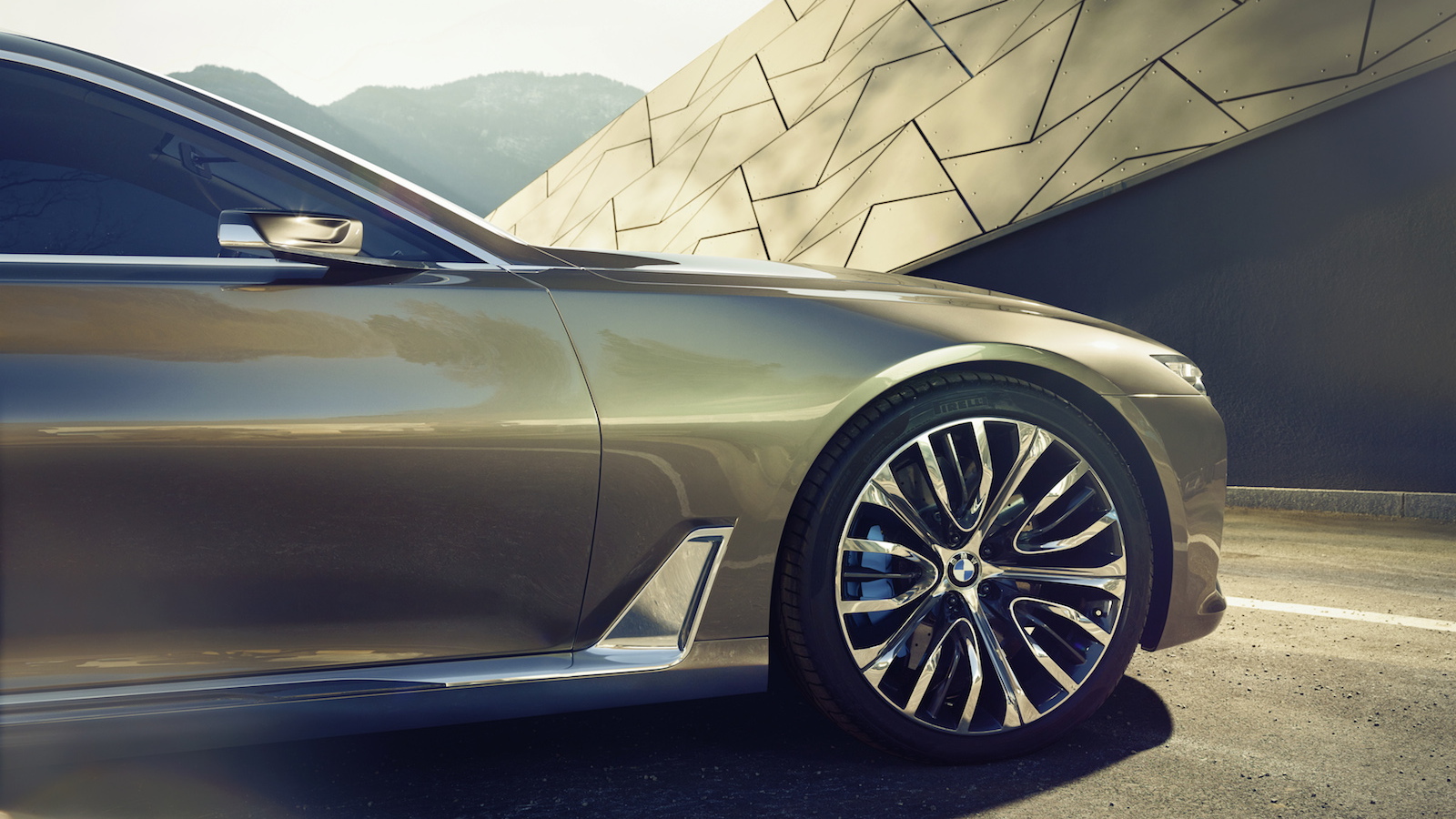 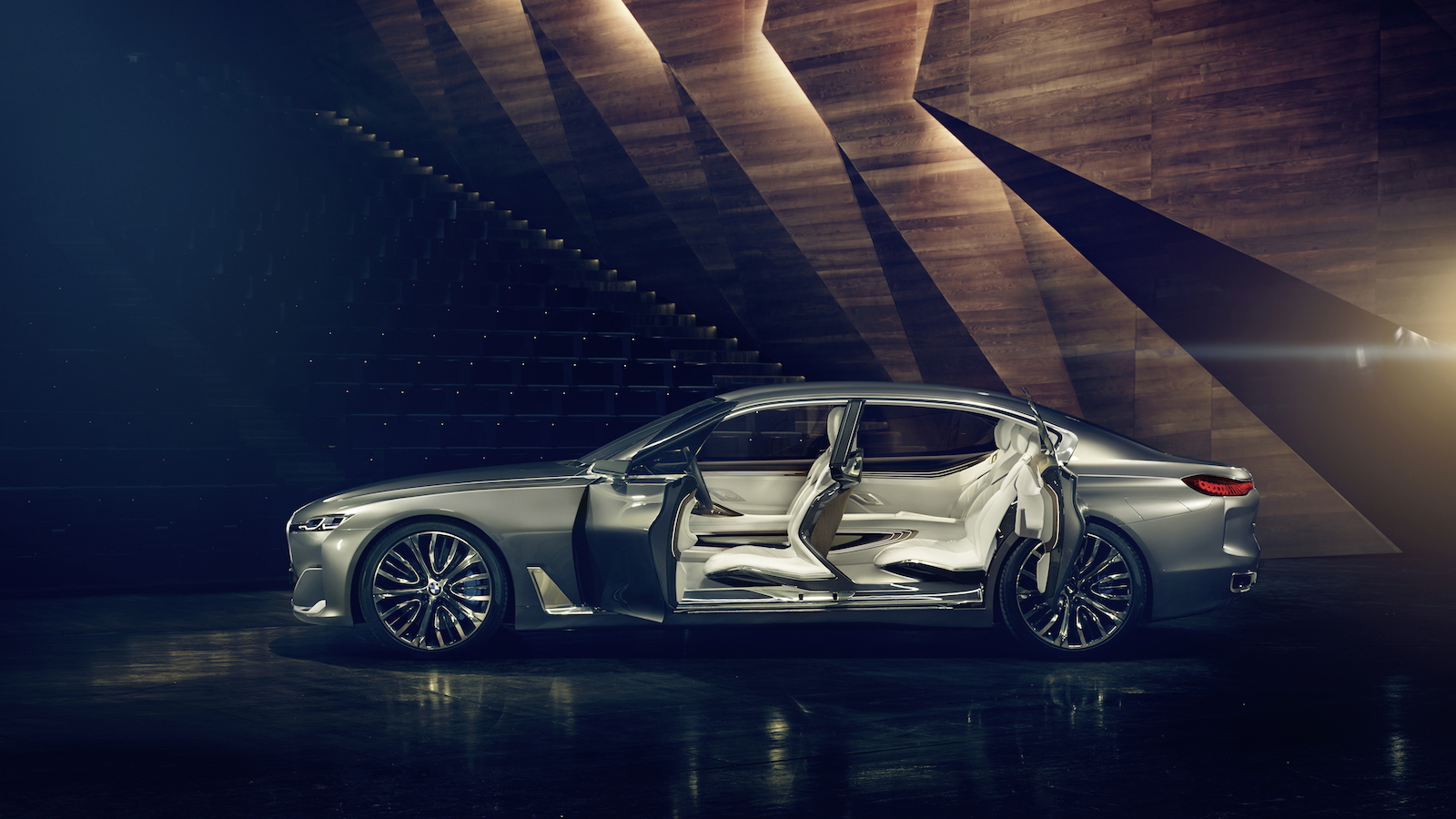 The next far forward-looking view of BMW’s design themes and luxury concepts will come at the 2014 Pebble Beach Concours d’Elegance, in the form of the BMW Vision Future Luxury concept, previously shown at the 2014 Beijing Auto Show.

“We use visionary concept vehicles like the BMW Vision Future Luxury to show where we may be going with these themes in the future, and to give us new inspiration and motivation,” said Adrian van Hooydonk, BMW Group Design senior vice president in a statement. “The BMW Vision Future Luxury—with its innovative technologies and with meticulous precision and quality in every detail—takes our thinking on modern luxury a logical stage further.”

One of BMW’s previous forward-looking design and inspiration concepts was 2008’s GINA Light Visionary concept. The new Vision Future Luxury concept pushes forward the boundaries of design in a similar fashion, but in entirely new directions.

With lightweight engineering and user interface concerns at the forefront, the Vision Future Luxury concept aims to provide exactly that: a vision of luxury in the mid-term future, as viewed through BMW’s characteristic lens.

Carbon fiber, predictably, plays a large role, much as it has already in the BMW i3 and i8. In the Vision Future Luxury concept, the material can be found not only in the structure, but in the interior, where load-bearing aluminum aspects create contrast, and wood surfaces add warmth. A minimalist, seamless design theme predominates.

Other future-looking aspects include a pared-down B-pillar, seat frames integrated into the vehicle’s core structure, and connections with the door sills and center console for greater structural rigidity while allowing for a more open design.

BMW’s ConnectedDrive telematics and remote access system is also made future-oriented, with a wrap-around display of instruments in 3D. A Vision Head Up Display adds to this with overlaid information about traffic, road hazards, and navigation data, as well as directing the driver’s attention to potential areas of concern, highlighting speed limit signs, or providing information about traffic light phasing, for instance.

The rear seat gets some upgrades, too, with a special Rear Seat Touch Command Tablet offering communication with the front displays and access to the ConnectedDrive services. The rear seats are large and deeply contoured for what BMW calls a “luxurious haven of personal space.” Aniline leather, Silk nubuk leather, and layered lime wood predominate, offering a warm, rich look and feel.

BMW’s Vision Future Luxury concept will be on display at the Concept Lawn outside The Lodge at Pebble Beach after a preview launch at BMW’s Villa on Thursday, August 14.