This is the Scion FR-S/Subaru BRZ/Toyota GT86 rally car, and it’s amazing. It will make its debut in WRC competition at the ADAC Rallye Deutschland, August 21-24.

Built by Toyota Motorsport GmbH (TMG), the new GT86 CS-R3 rally car is the realization of last year’s announcement that it would build the rear-drive platform, also used for the CS-V3 endurance race car into a gravel-searing rally racer. Thanks to upgraded engine internals and tune, including a higher-lift cam profile and higher compression ratio, the 2.0-liter boxer four in the GT86 CS-R3 is good for about 240-250 horsepower.

While the CS-R3 won’t be competing for time in the rally, but operating as the safety sweep car, it will still need to have some serious pace to keep the event flowing smoothly.

At the helm will be former female world champ Isolde Holderied. Part of her task during the event will be to evaluate the prototype’s setup and specs to get it ready for homologation as an actual WRC race car.

TMG plans to offer the car for private customers for rally at all levels, including WRC competition, in the R3 category. 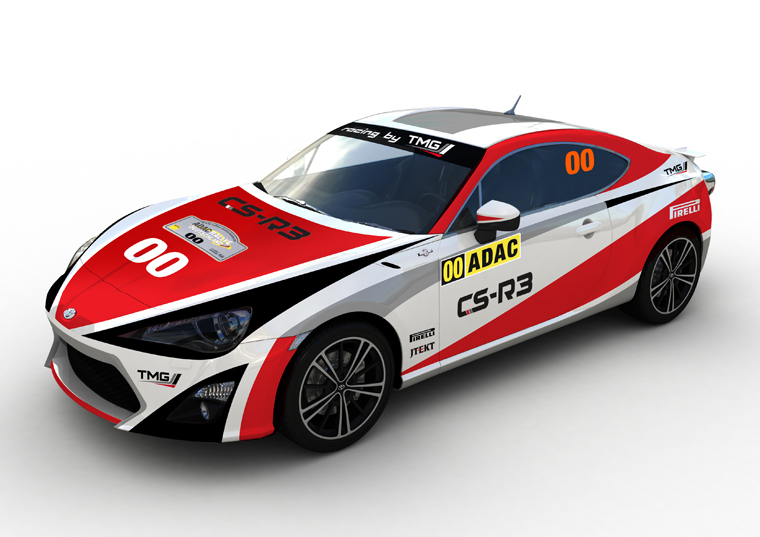