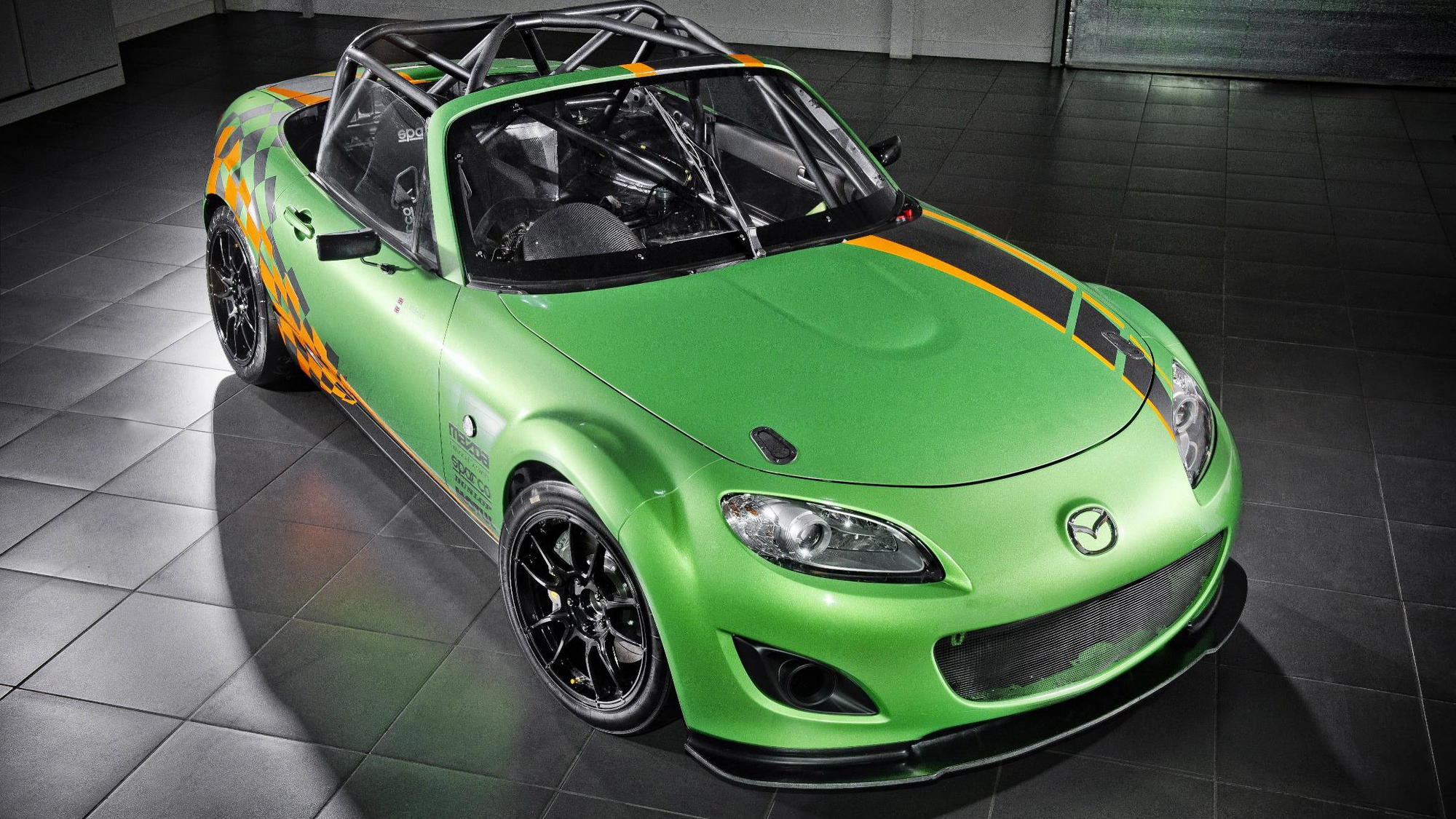 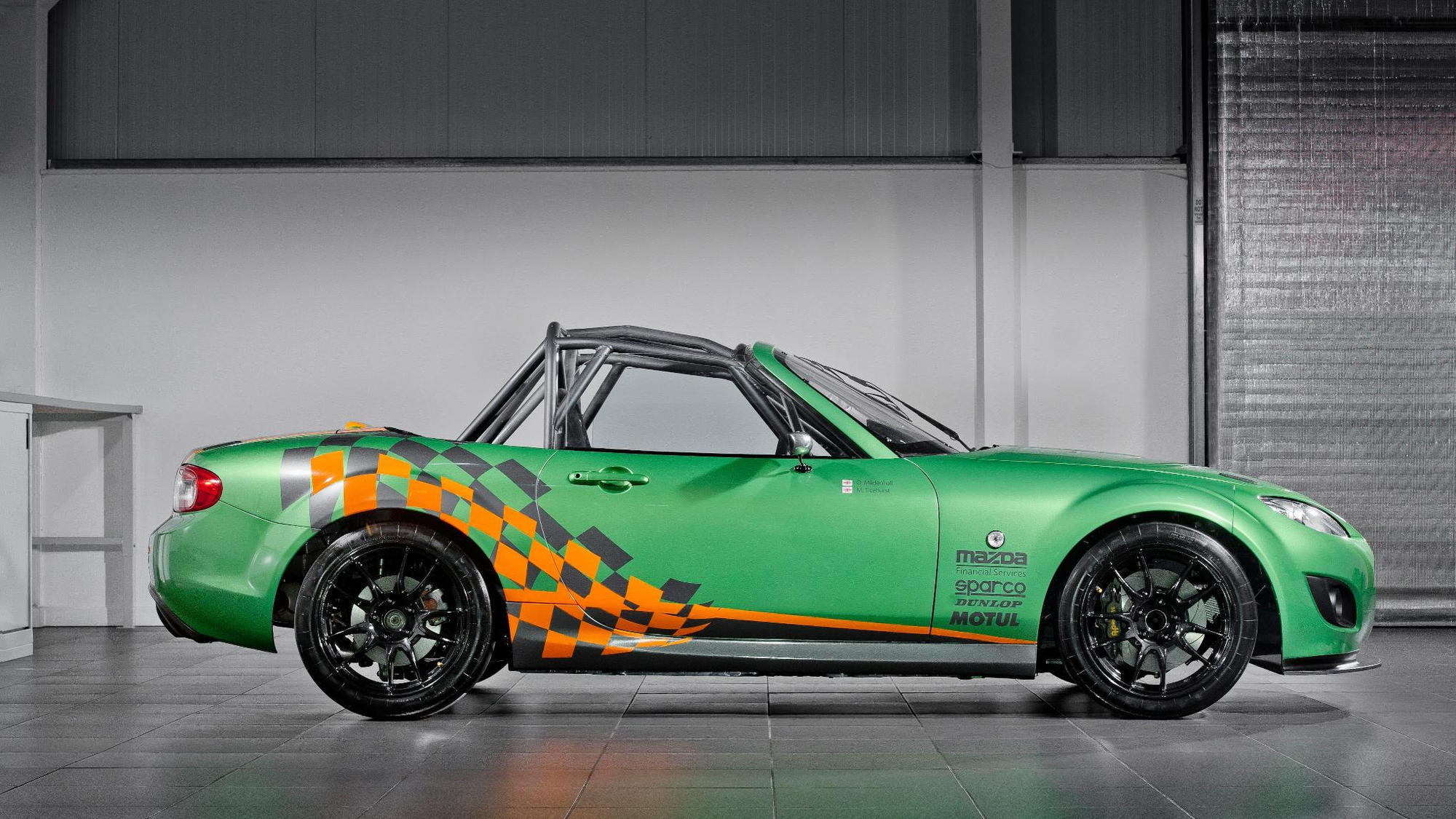 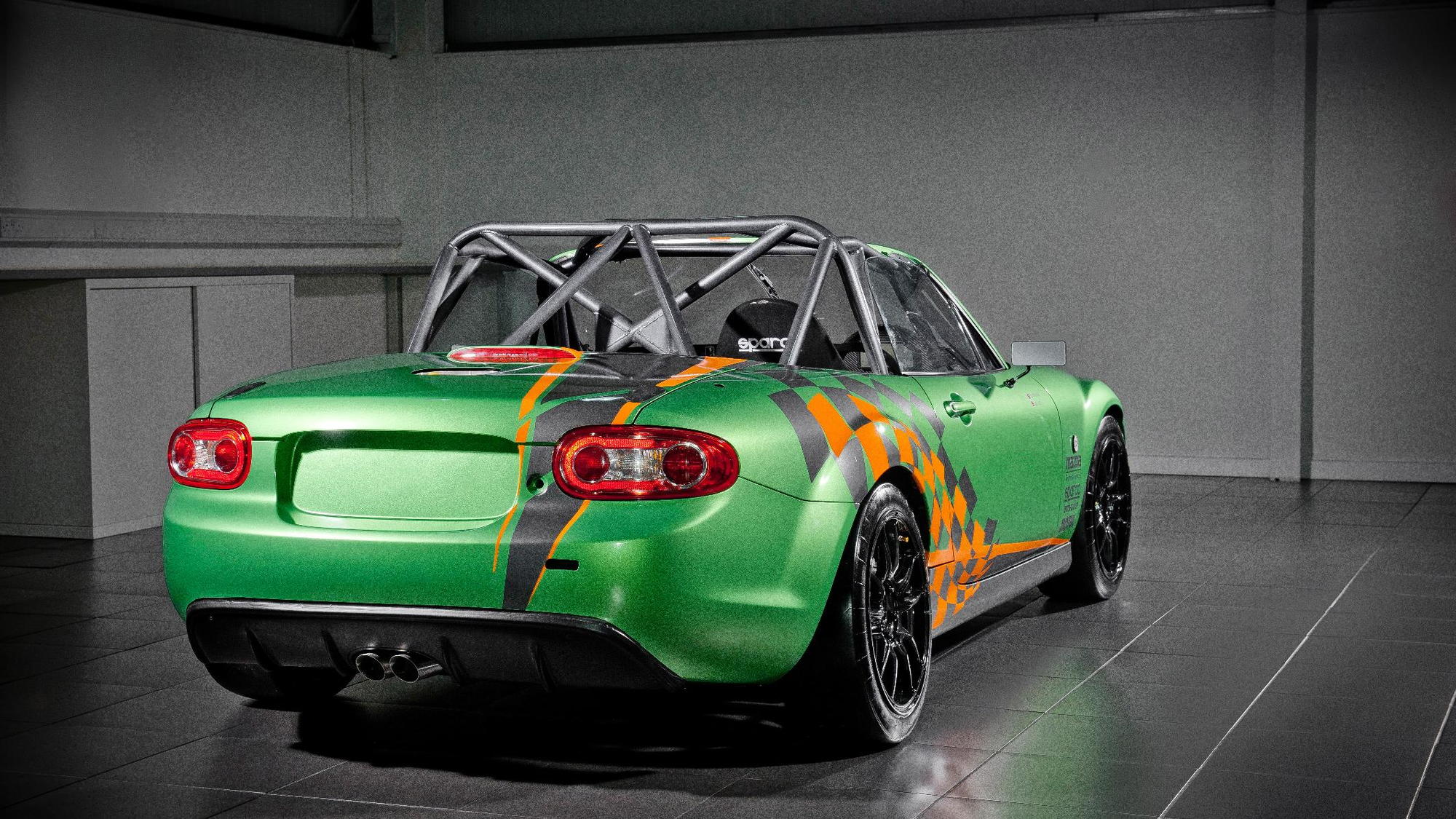 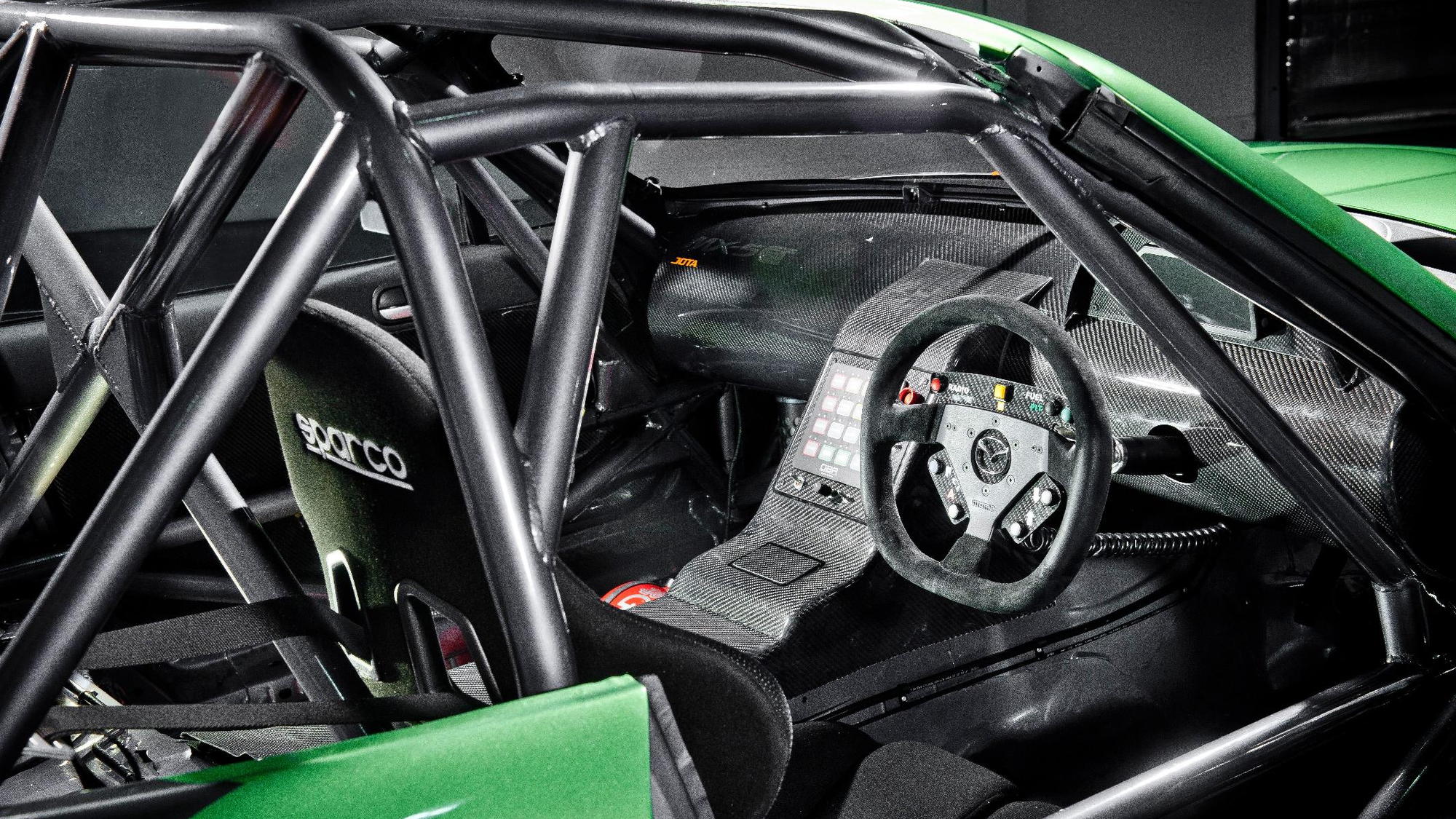 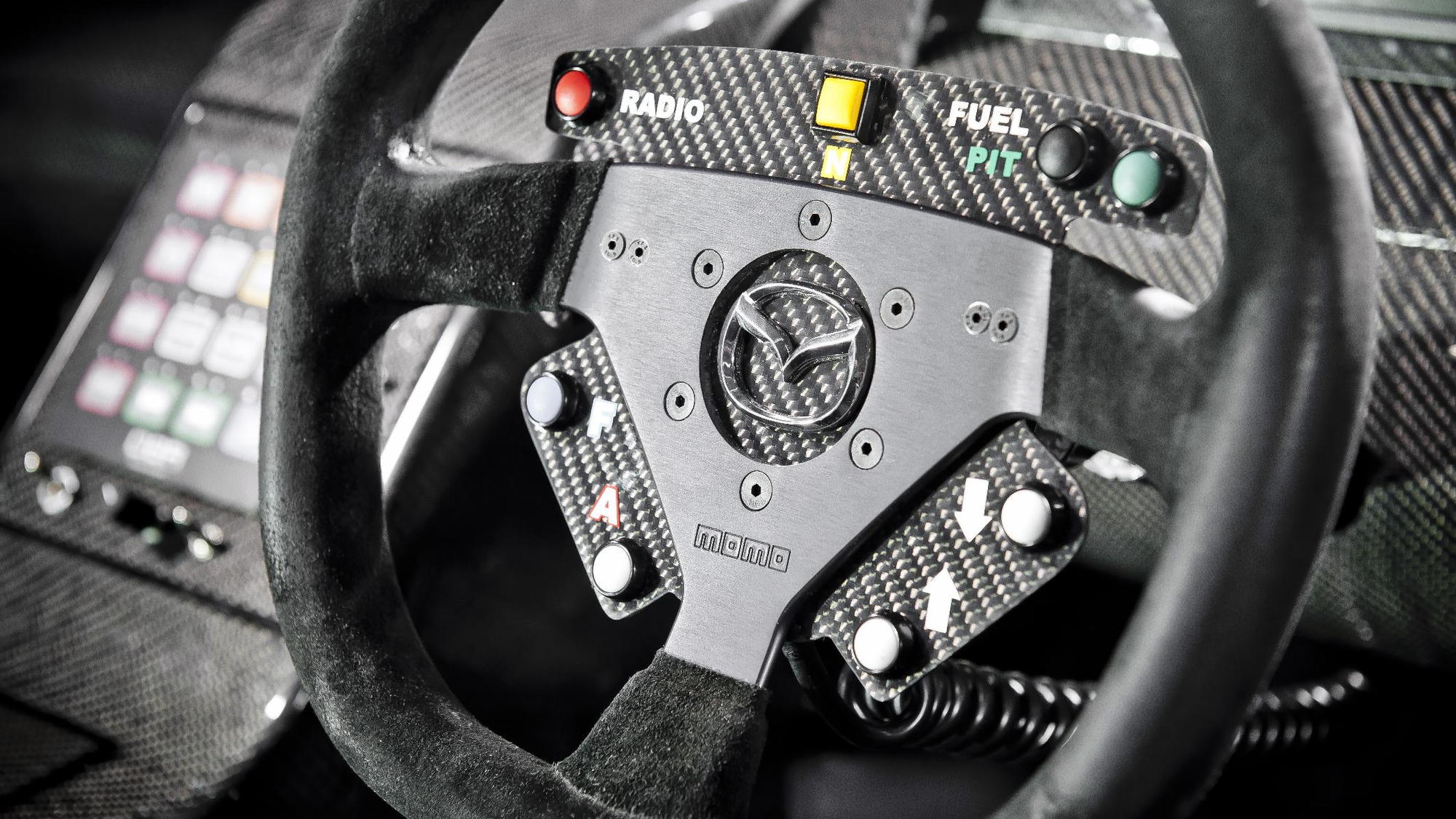 5
photos
Ever since the first Mazda MX-5 Miata hit the streets in 1989, some people have wanted a little more power.

With each new generation Mazda has duly obliged to the point where the current model has a 2.0-liter engine with 167-horsepower--over 50 horses more than the original car.

Even then, this isn't enough for some. That's where the Mazda MX-5 GT4 comes in.

With 320 horsepower from its turbocharged version of the 2.0-liter MZR engine found in the regular car, there's plenty to keep speed freaks happy. As should the low 2,204-pound curb weight, courtesy of liberal splashings of carbon fiber and a stripped-out interior.

It gets better--there's an FIA-spec roll cage, a carbon fiber diffuser, a racing bucket seat and even a six-speed sequential gearbox with paddle shifters.

If you're thinking that this sounds like the spec of a race car, you're unfortunately right. This is no road car, and Mazda is selling it to rival Aston Martins and Lotus racers in GT and GT4-spec championships.

The car is built by UK-based Jota Sport, and is fully homologated for GT4 racing. An earlier development of the car has been competing successfully in the Avon Tyres British GT Championship, hence the decision to offer it to racing customers.

And though a powerful, race-spec MX-5 is a dream drive for many gearheads, the $197,000 purchase price--pre tax--will rule it out for all but seasoned racers.

That also makes it less of a value choice than the $48,000 TMG Toyota GT 86 race car we featured yesterday--though the MX-5 is a little bit quicker...

So if you're after that faster Miata for the road, your best bet is still your local tuning shop...