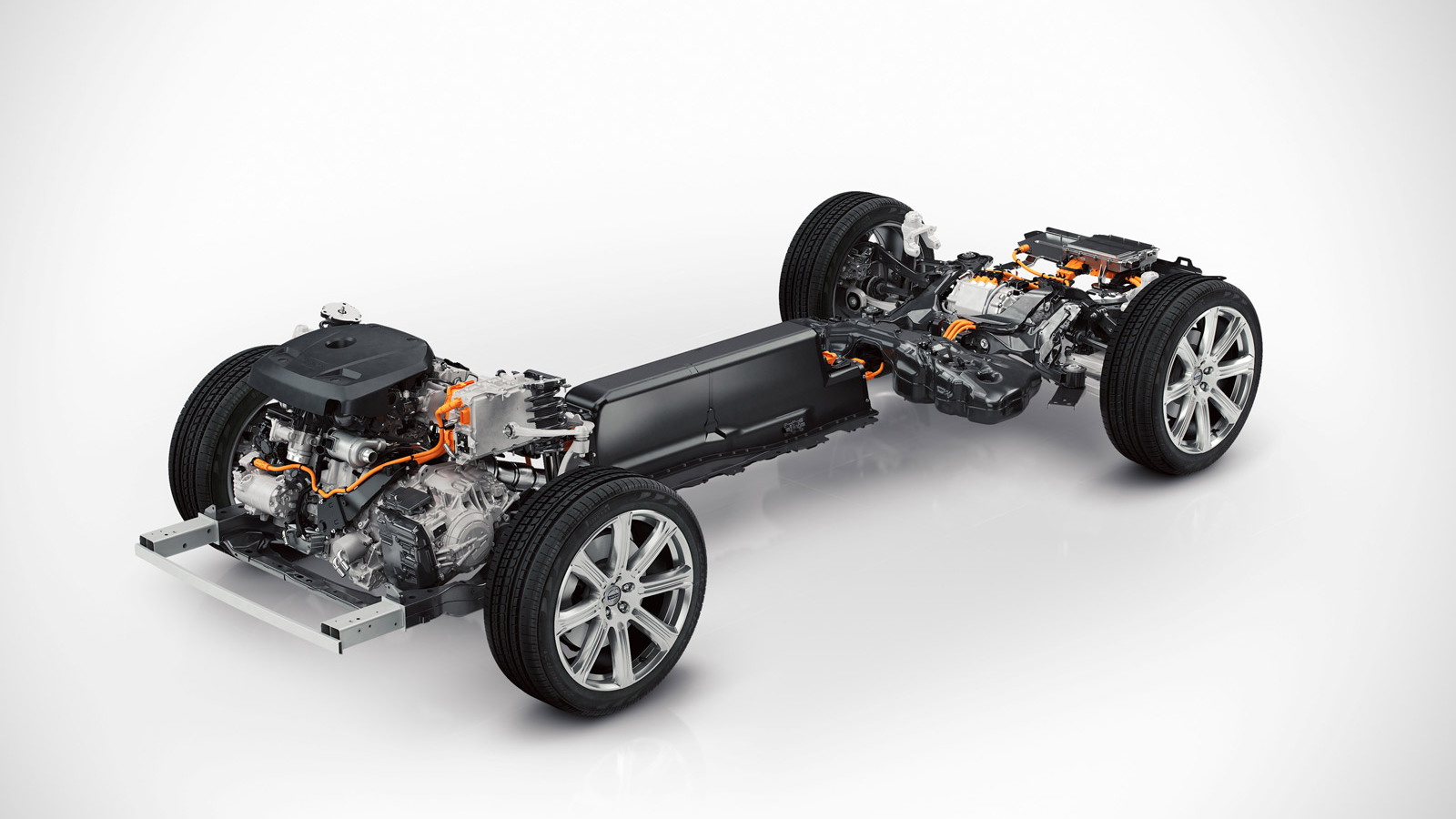 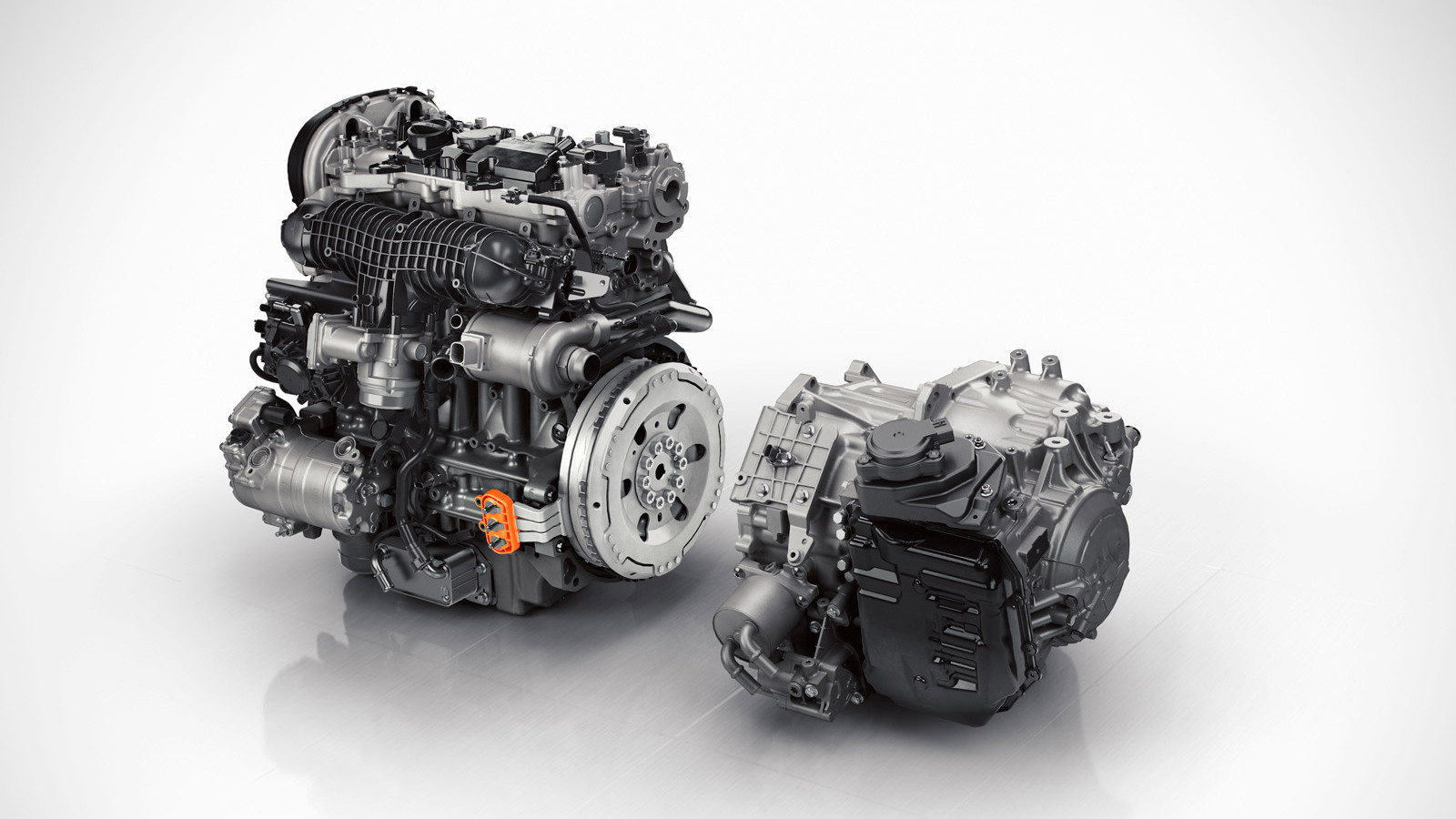 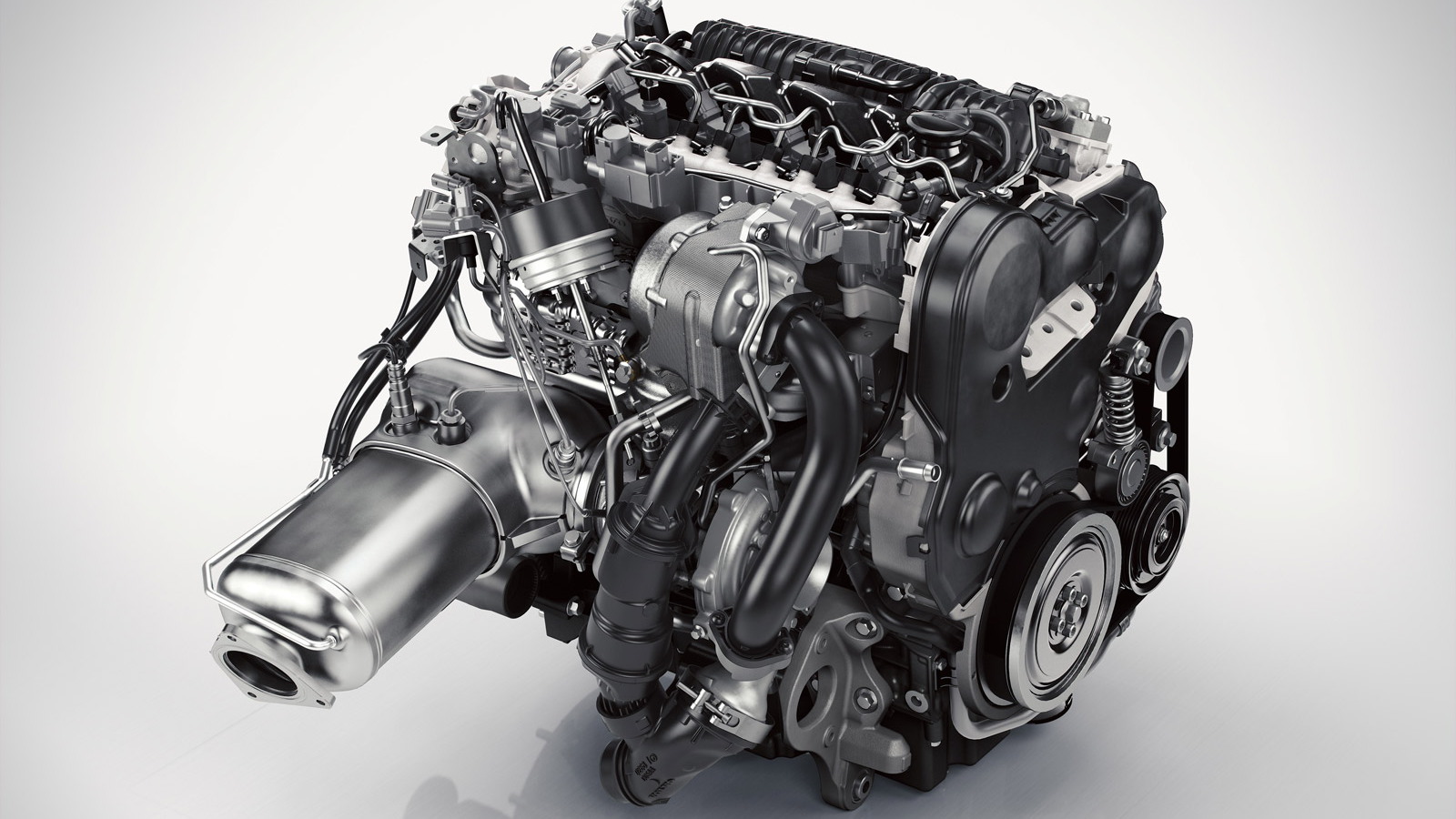 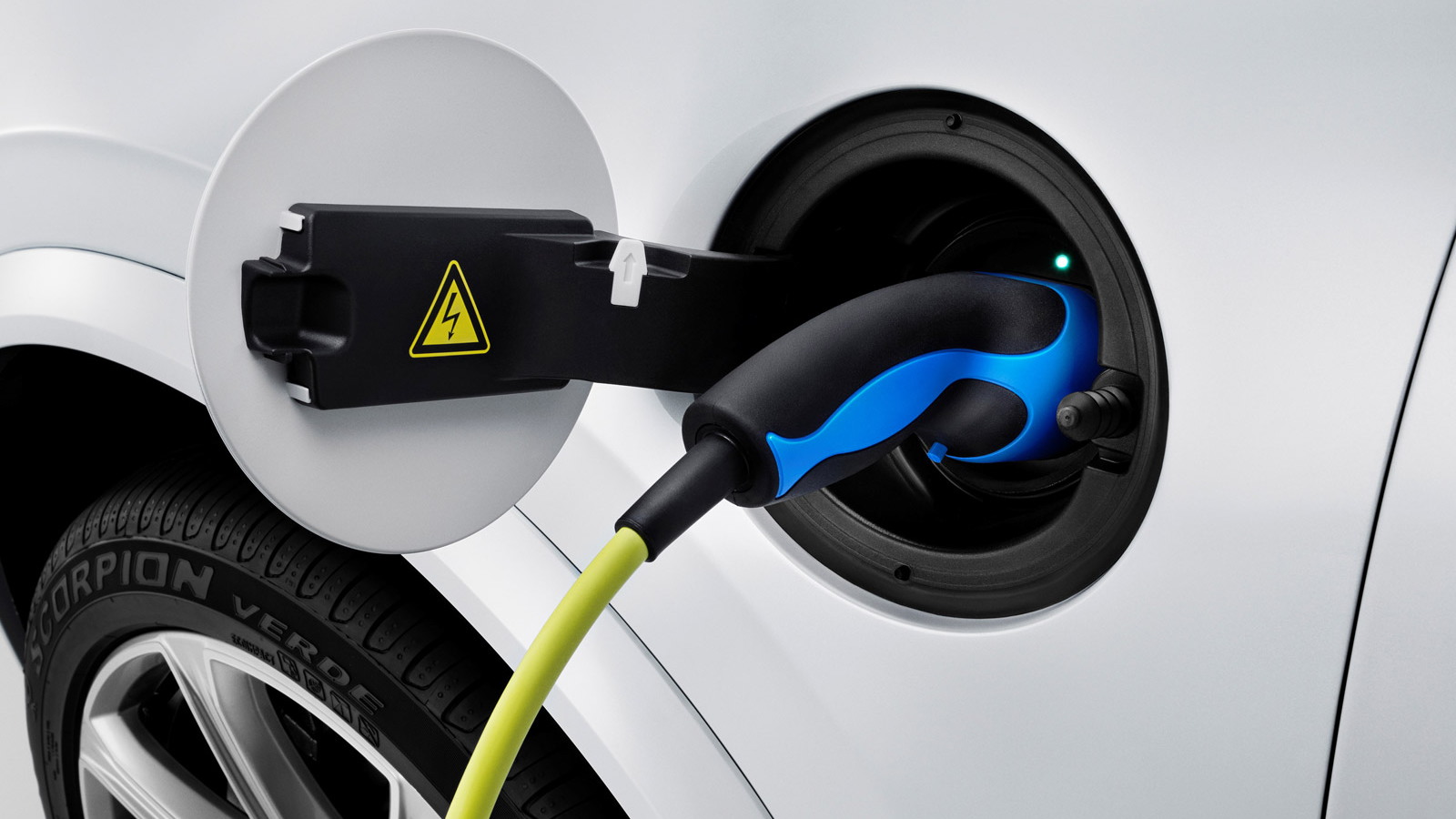 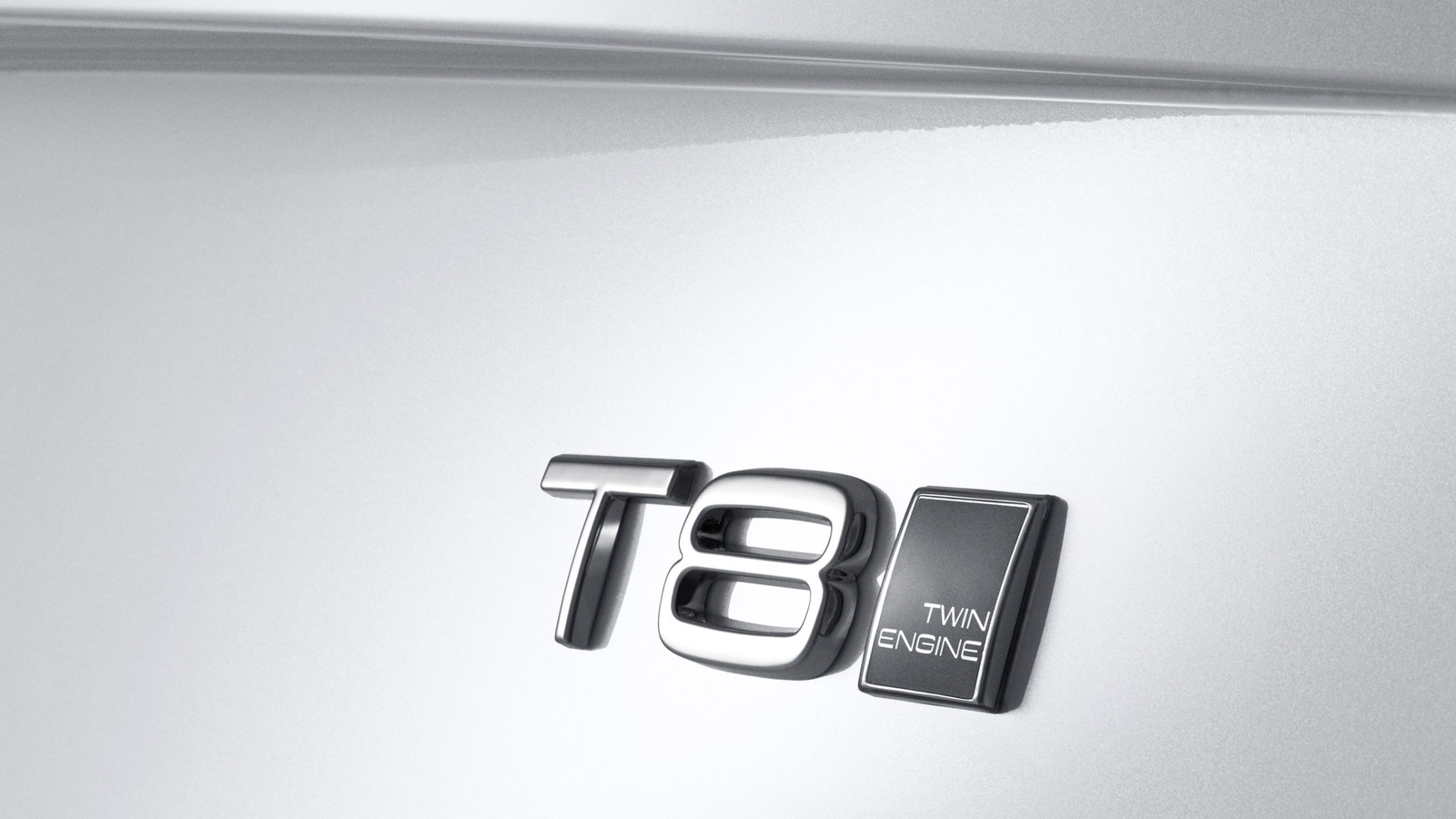 6
photos
Volvo’s all-new XC90 SUV is now just a month away from its reveal but today we have the first details on the powertrains that will be available for it. As previously reported, Volvo’s future lineup—starting with the new XC90—will come powered exclusively by four-cylinder engines. However, in order to match the performance of rivals, Volvo will equip its cars with turbocharging and hybrid technology.

Volvo will continue to denote its powertrains with a capital letter and then a number, with the letter denoting what fuel is used (T for gasoline and D for diesel) and the number positioning the vehicle in Volvo’s powertrain hierarchy. At the top of the range will be the T8, which will deliver 400 horsepower and 472 pound-feet of torque from a plug-in hybrid drivetrain.

Volvo is calling its plug-in hybrid drivetrain Twin Engine technology. The setup in the new XC90 will combine a supercharged and turbocharged 2.0-liter four-cylinder engine with a 60-kilowatt (80 horsepower) electric motor. Volvo says that with its Twin Engine technology, the seven-seat XC90 will emit as little as 60 grams of CO2 per kilometer.

Normal driving will be conducted in the default hybrid mode, where the four-cylinder powers the front wheels and the electric motor drives the rear pair. But at the push of a button the driver can switch to quiet and emission-free city driving on pure electric power where the range will be around 25 miles, and then, when needed, immediately revert back to the combined capacity of the four-cylinder engine and electric motor for V-8-like performance.

In the U.S., the new XC90 will also offer a T6 model, which will come with the same supercharged and turbocharged 2.0-liter four-cylinder engine fitted to the T8 but without the electric motor. Output of this model will be 316 hp and 295 lb-ft of torque, which is comparable with a V-6 engine.

Overseas, Volvo will also offer two diesel models, the D5 and D4. Both will feature 2.0-liter four-cylinder engines, and have outputs of 222 and 187 hp respectively.

The new Volvo XC90 will be revealed next month ahead of a formal debut at the 2014 Paris Auto Show in October. Sales in the U.S. will commence next spring.