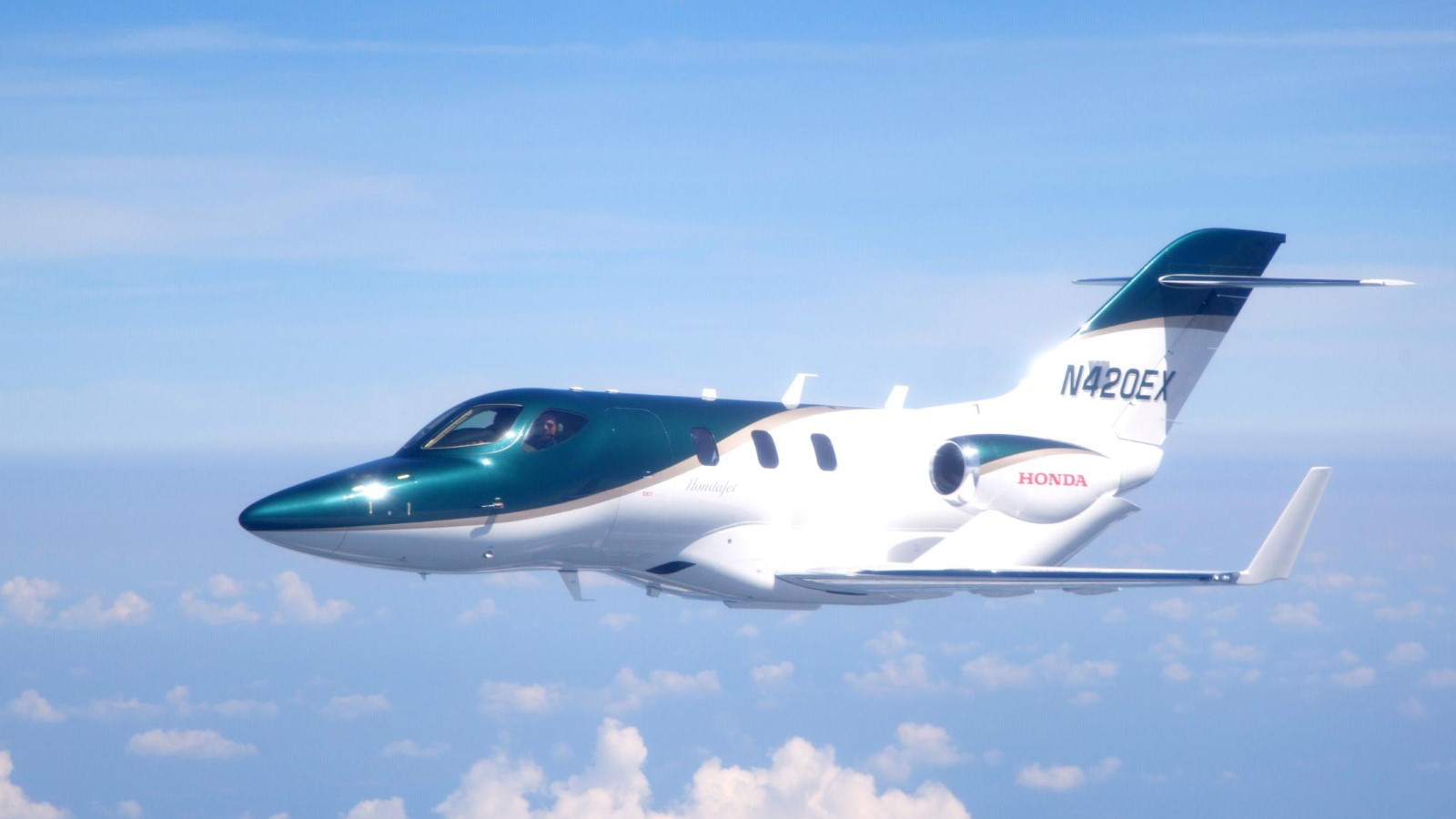 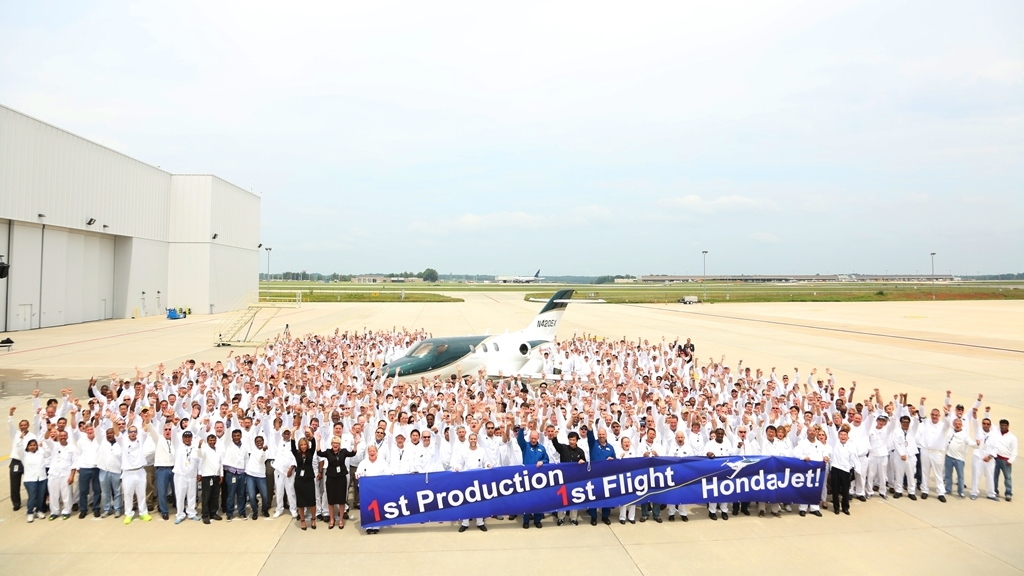 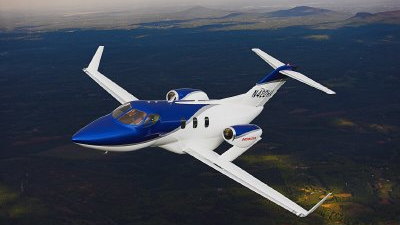 3
photos
Honda is as much known for its engines as it is vehicles, and it seems to matter little what those engines actually go in. Sporty little Civic? No problem. Crazy six-cylinder, 250cc 1960s Grand Prix bike? Yep. Ride-on lawn mower? That too.

Honda also does aircraft, and its first one, the HondaJet, has just successfully completed its maiden flight. The very first production HondaJet took off from the Piedmont Triad International Airport and flew for 84 minutes—during which time it reached 25,500 feet, and hit a top speed of 348 knots (about 400 mph). The aircraft then came in for a smooth landing, before being whisked away for photographs with the thousand-strong group of Honda Aircraft team members that attended its maiden flight.

There's no mention of whether VTEC kicked in (yo) but Honda Aircraft Company President and CEO Michimasa Fujino was clearly pleased at the realization of the company's work.

"Today’s celebration is the culmination of extensive engineering and production efforts, and this is an important achievement in bringing the world’s most advanced light jet to market," he said in a statement.

Production of the aircraft is now underway, with ten aircraft on the final assembly line. After FAA certification is awarded, Honda expects the first HondaJets to reach customers in 2015.