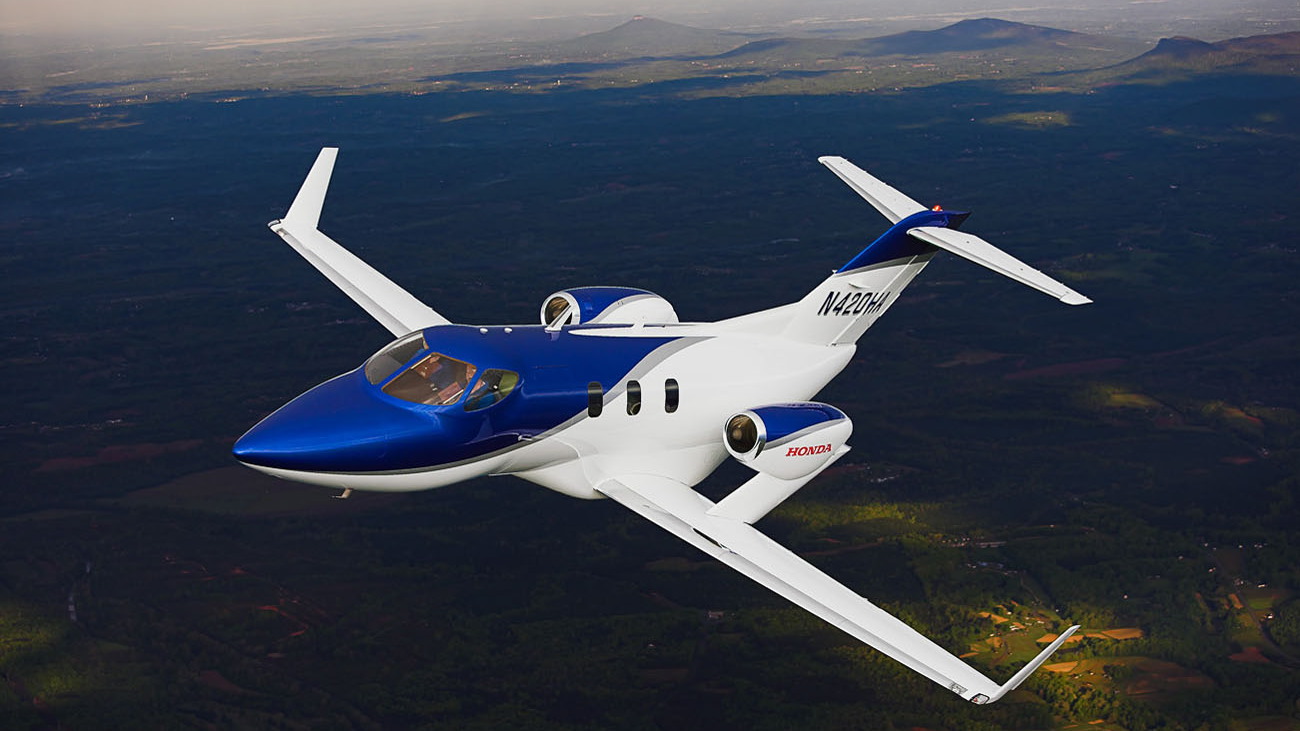 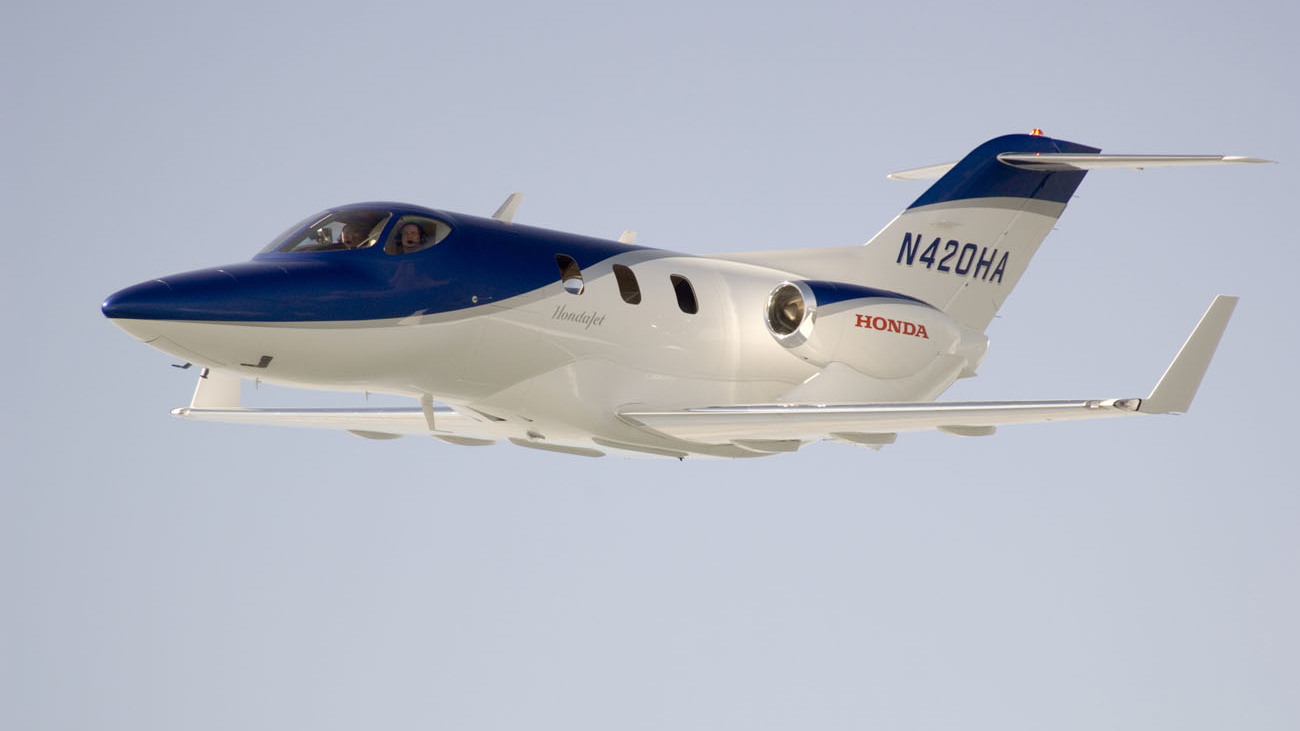 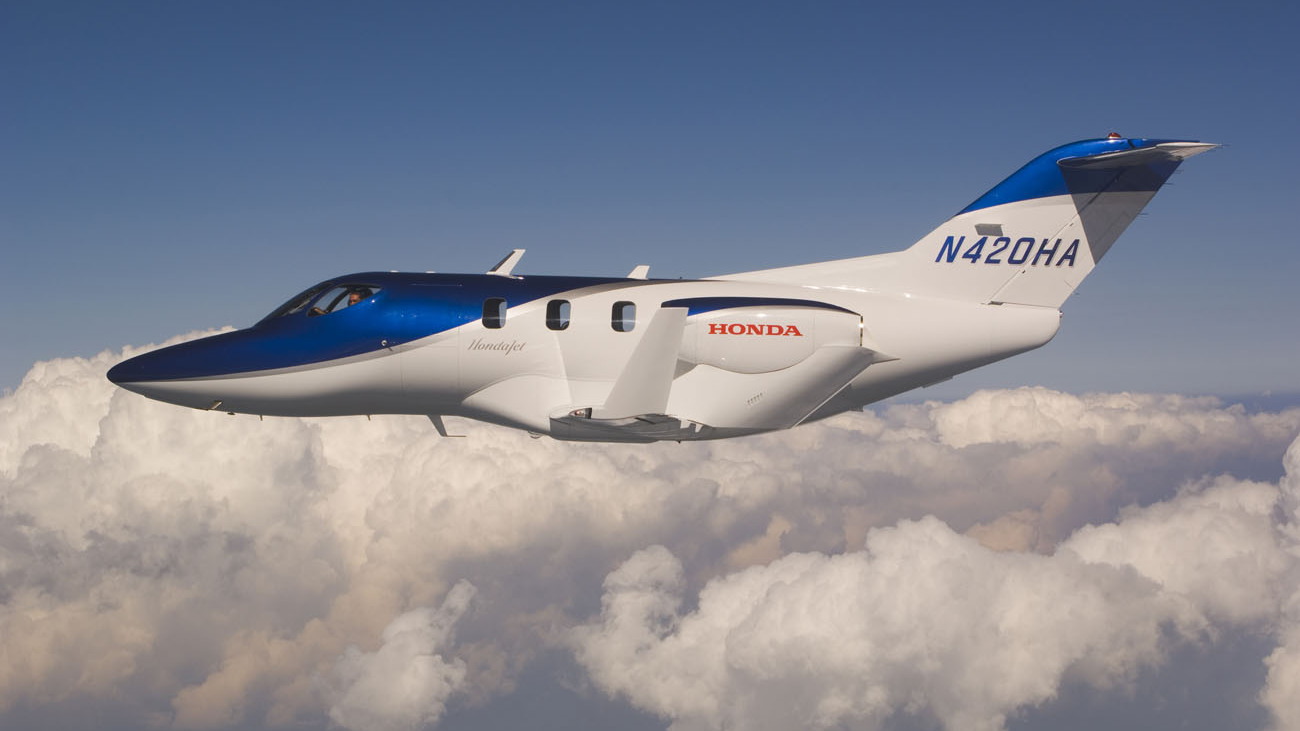 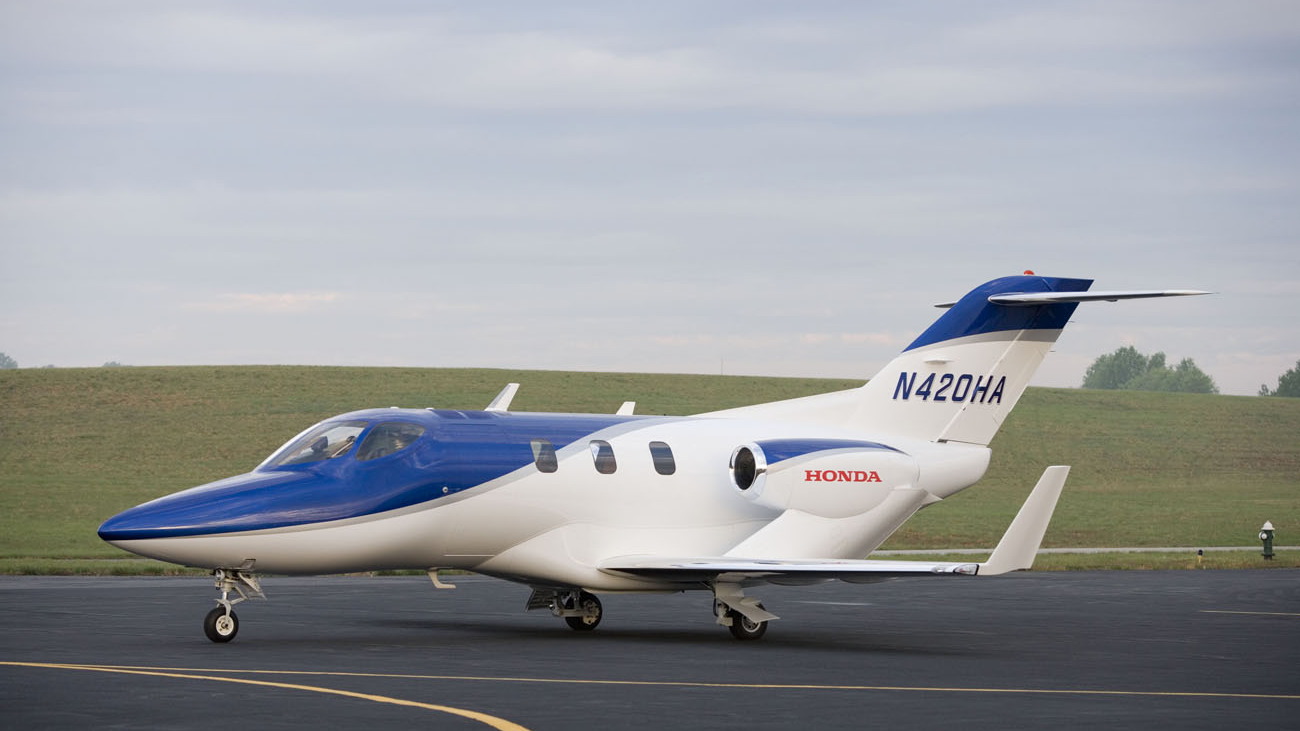 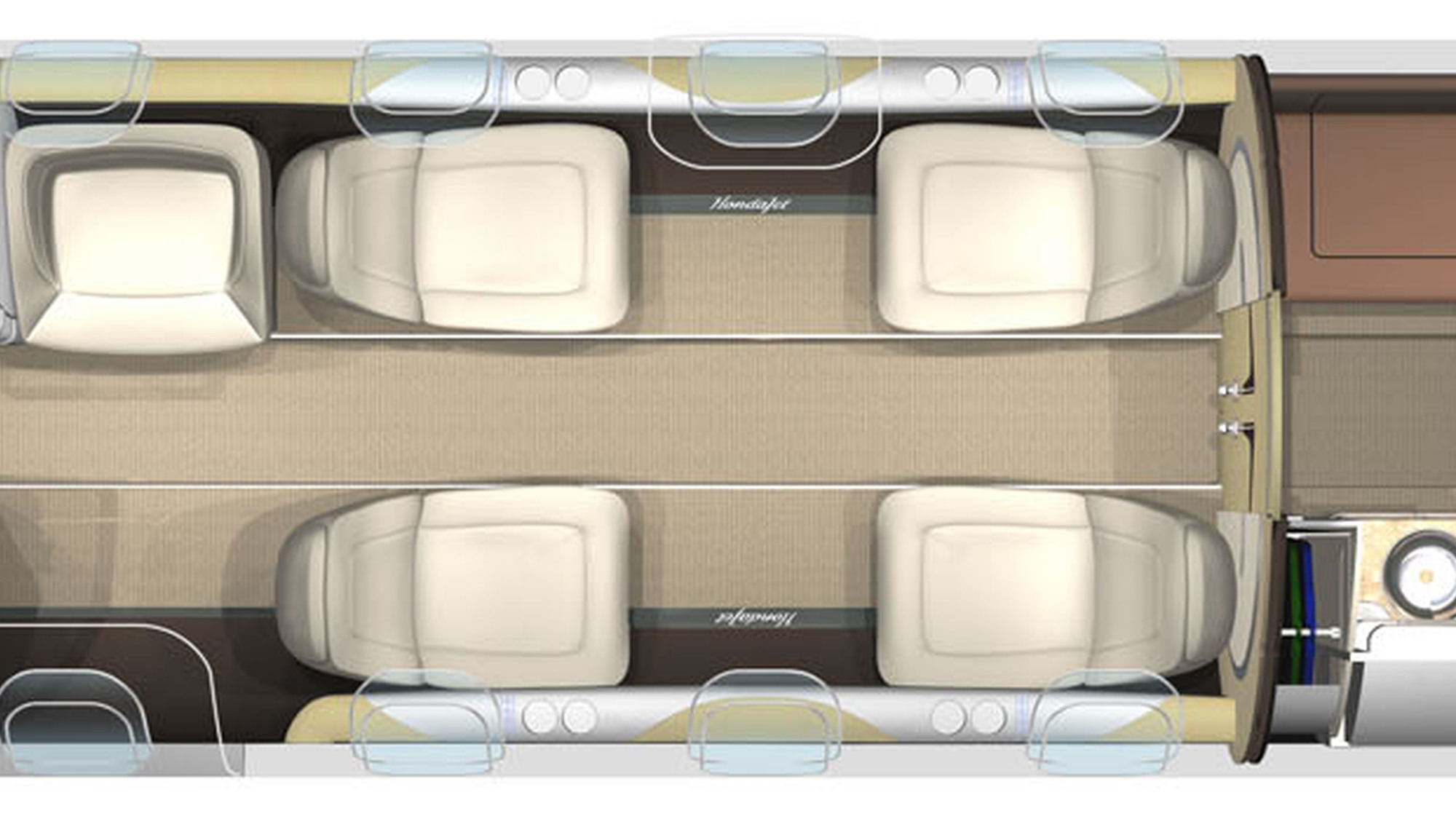 6
photos
Honda has begun taking orders for its new jet aircraft that they claim will revolutionize the private jet industry. Production is slated for a 2010 start with an expected output of 70 jets per year. However, Honda will be evaluating the popularity of its new jet, and will adjust volume levels as needed.

At a starting price of $3.65 million, we’re sure they will prove a hot-seller. It also helps that the HondaJet is the fastest and most fuel efficient aircraft in its class, capable of cruising at 420knots (483mph) with a range of 1180 nautical miles (1358 miles).

Part of its performance is due to its unique over-the-wing engine mount configuration, which reduces aerodynamic drag at high speeds. Power comes from two GE-Honda HF120 turbofan engines, with each delivering 1880 pounds of thrust during takeoff.

We just hope this doesn't make Honda change its tagline to "Born from jets," though they do have more of a right to the phrase than Saab vehicles, which seem to be mostly born from Chevrolets.