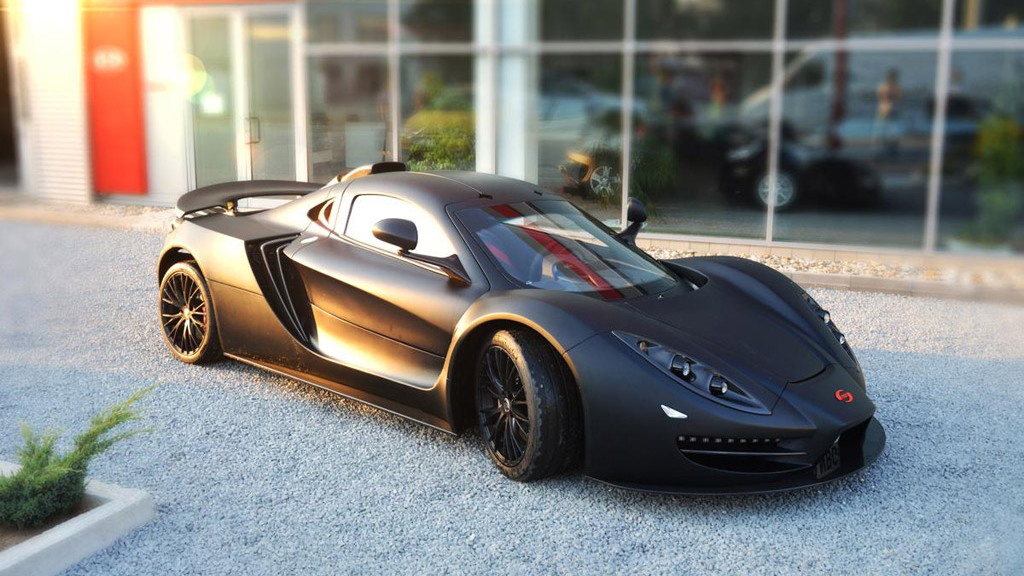 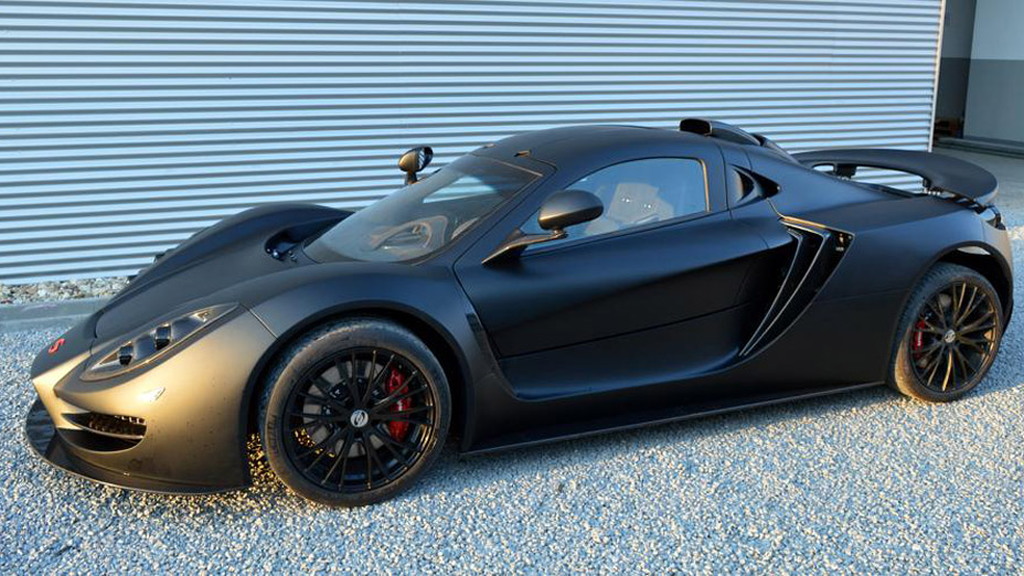 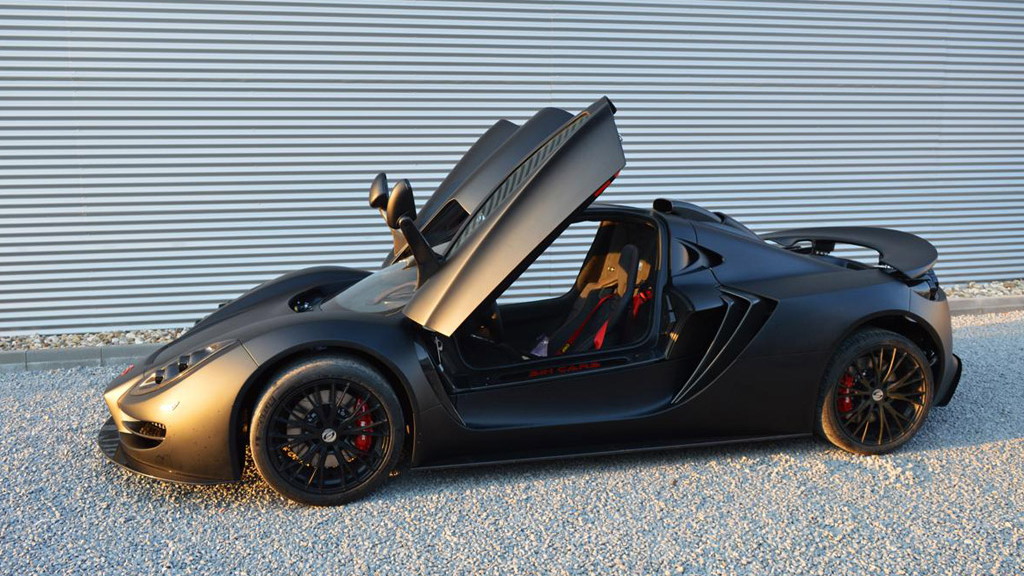 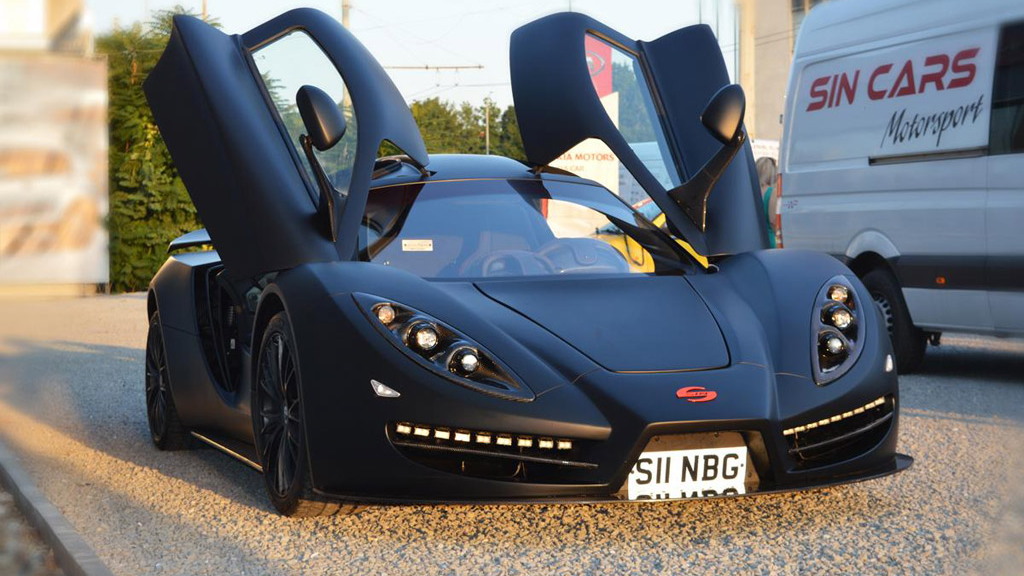 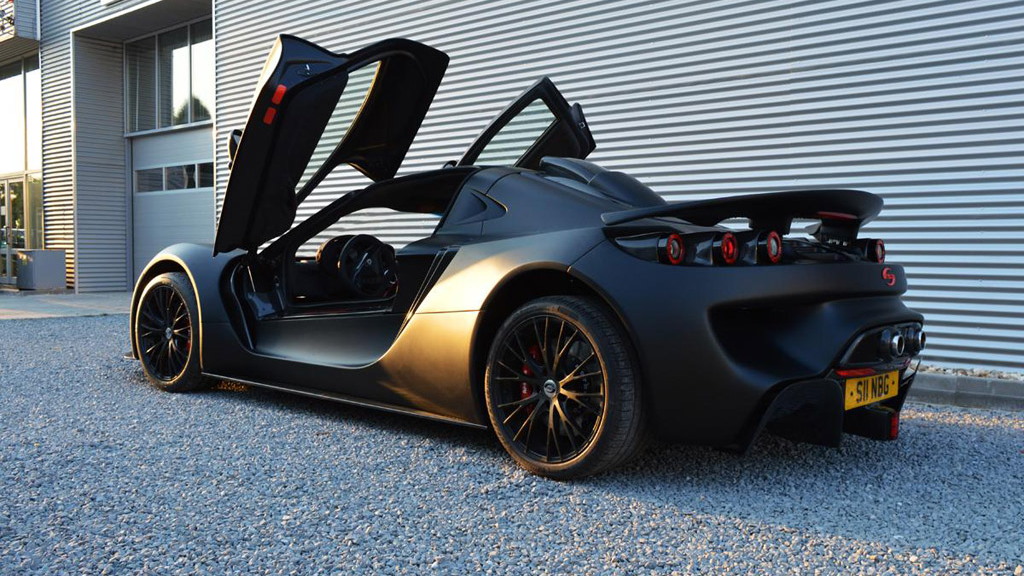 We first caught wind of the Sin R1 supercar in 2013. Back then, it was still a track-only car and its maker, Sin Cars, was based in Munich, Germany. Since then the company has moved to Bulgaria, and the R1 has spawned a road-going version known as the R1 RS. The first example of the Sin R1 RS is now being shown to potential customers ahead of an official world debut at the 2015 Frankfurt Auto Show in September.

Sin started out building race cars for private customers, usually as rolling chassis, but eventually decided to expand into the world of turnkey models. The company works closely with British firm ProFormance Metals to develop its cars, with the latter primarily responsible for building the lightweight chassis underpinning them. Available powertrains, meanwhile, will be familiar to any Corvette fan.

The chassis is a tubular spaceframe design, and wrapped around this is a carbon fiber body. The engine is mid-mounted, with Sin offering three performance levels. The standard option is General Motors Company’s [NYSE:GM] 6.2-liter LS3 V-8, rated at 430 horsepower. Those seeking more power can opt for a 530-hp 7.0-liter LS7 or even the 650-hp supercharged 6.2-liter LS9.

The standard transmission is a paddle-shifted sequential unit, though a six-speed manual with limited-slip differential is available. Push rod suspension with double wishbones is used at both ends, and at each corner is a 19-inch wheel wrapped in Michelin Pilot Sport Cup 2 rubber. Stopping power comes from massive AP Racing six-piston calipers front and rear. The dry weight of the R1 RS is just 2,535 pounds, and according to Sin, owners can expect 0-62 mph acceleration in 3.5 seconds and a top speed in excess of 186 mph. However, it’s not clear what powertrain is used to achieve these figures.

Compared to the R1 track car, the R1 RS has a number of upgraded comfort and safety features. These include new ABS and traction control systems as well as a revised interior with a multi-function steering wheel, dash-mounted screen, air conditioning and Recaro bucket seats.

Press days for the 2015 Frankfurt Auto Show get underway September 15. To see what else will be at the show, head to our dedicated hub.