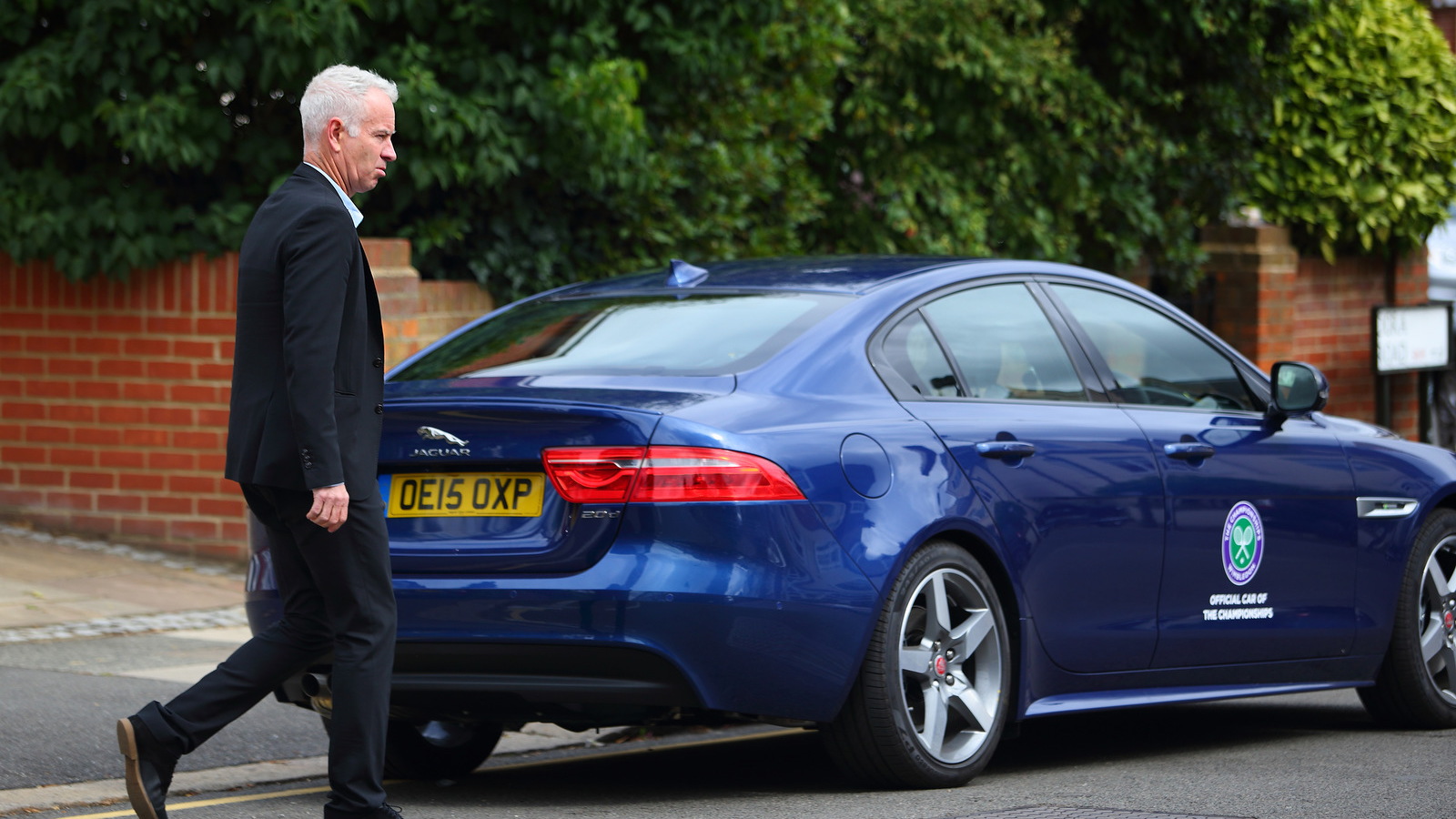 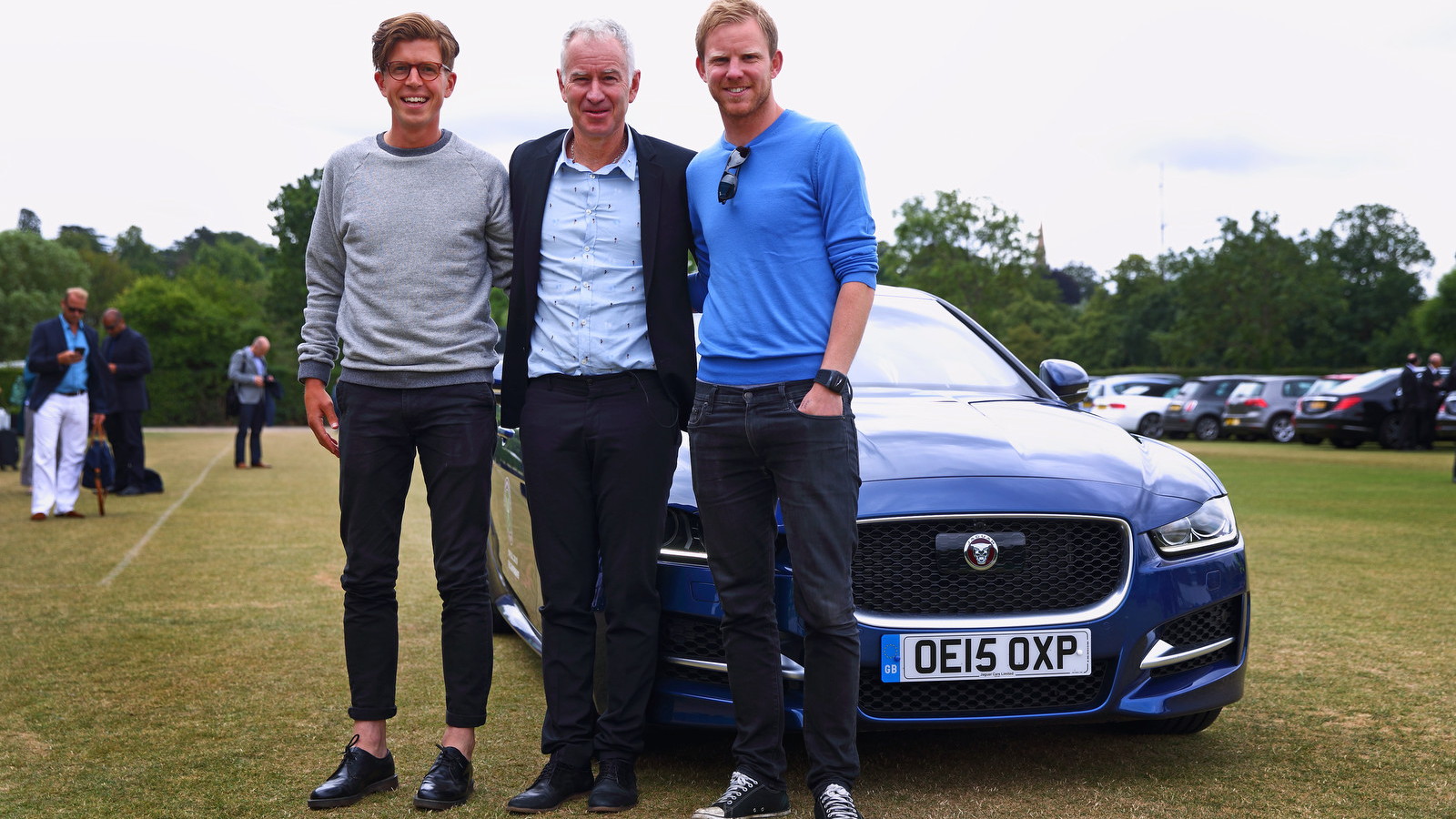 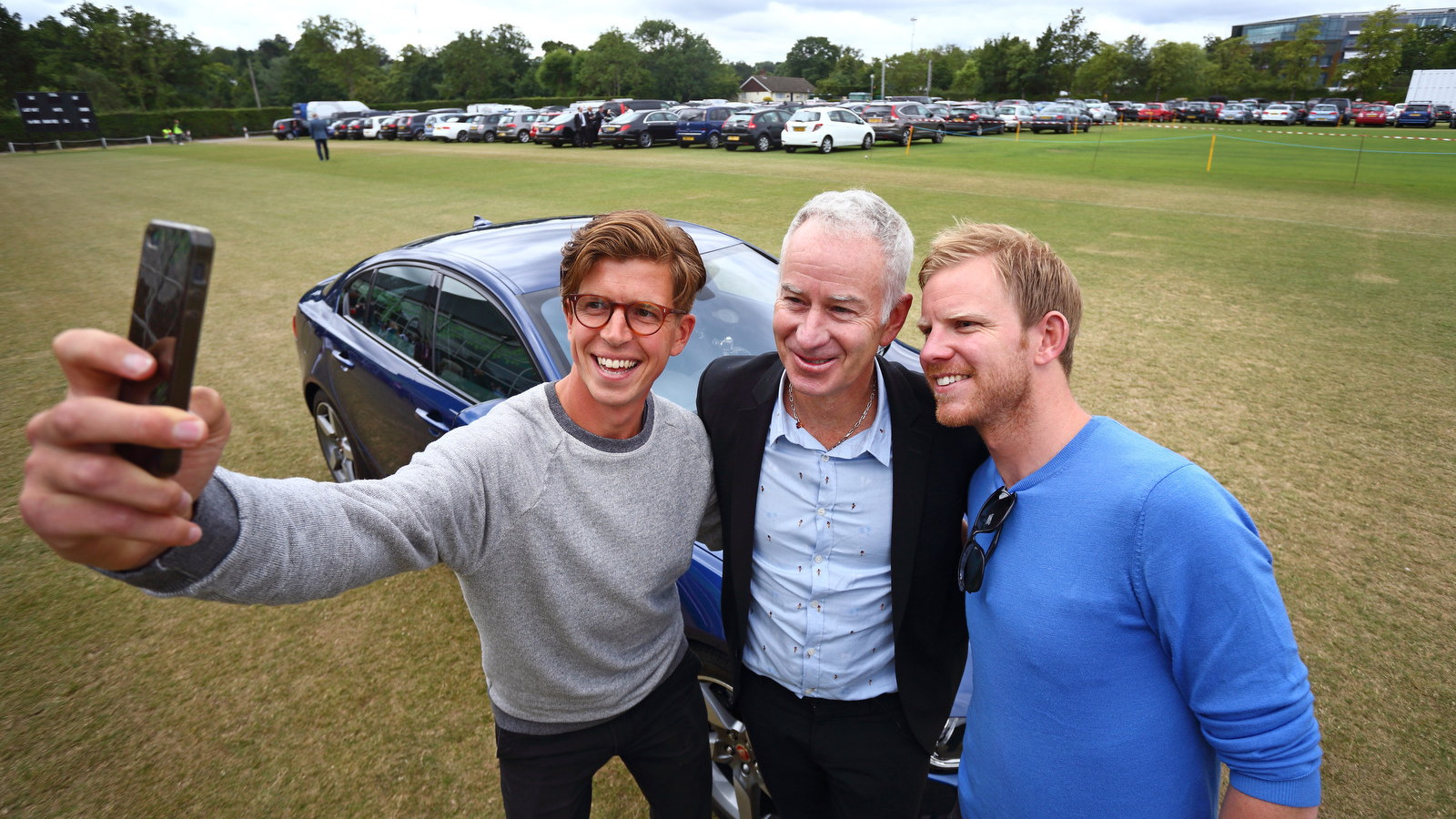 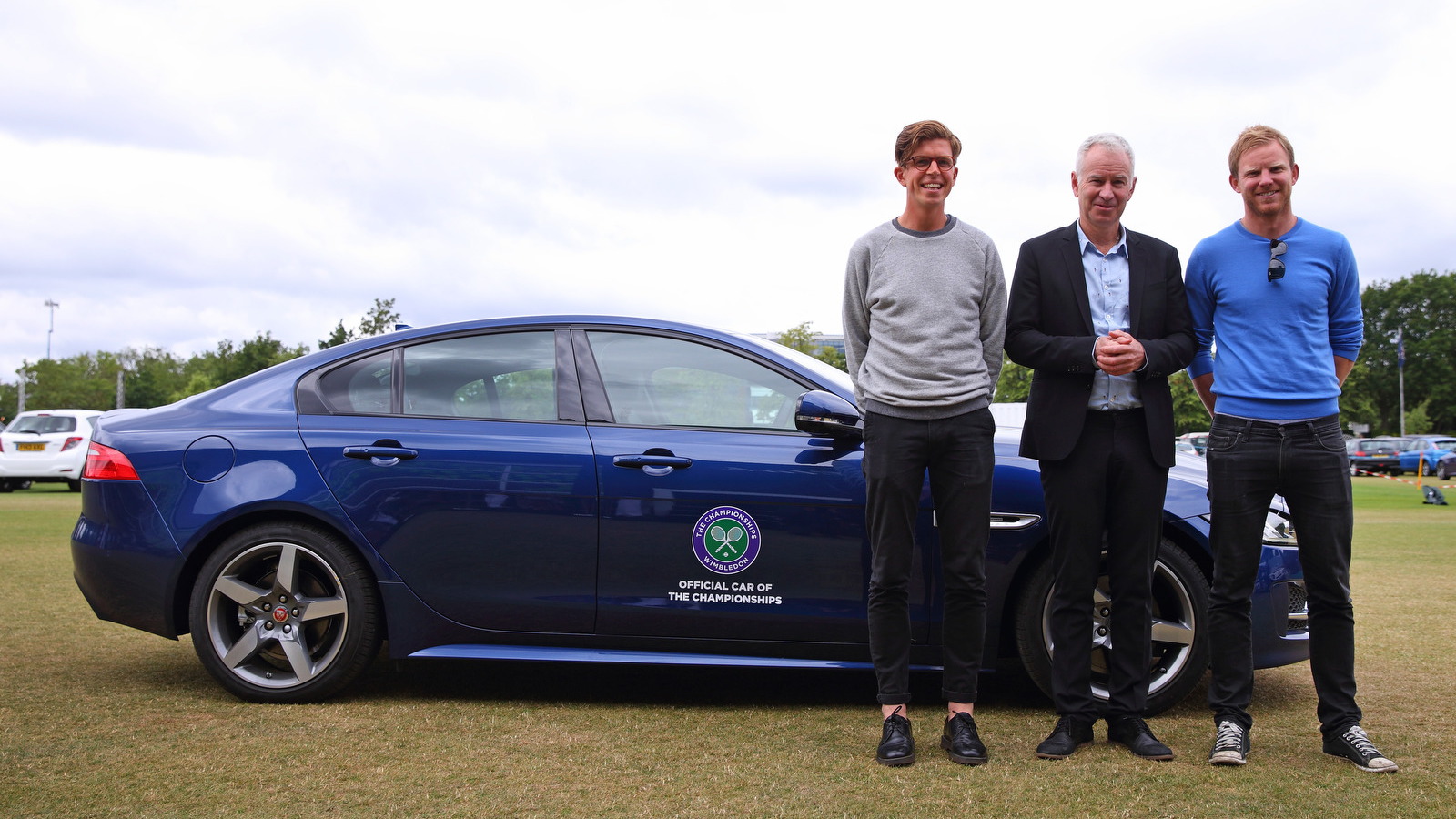 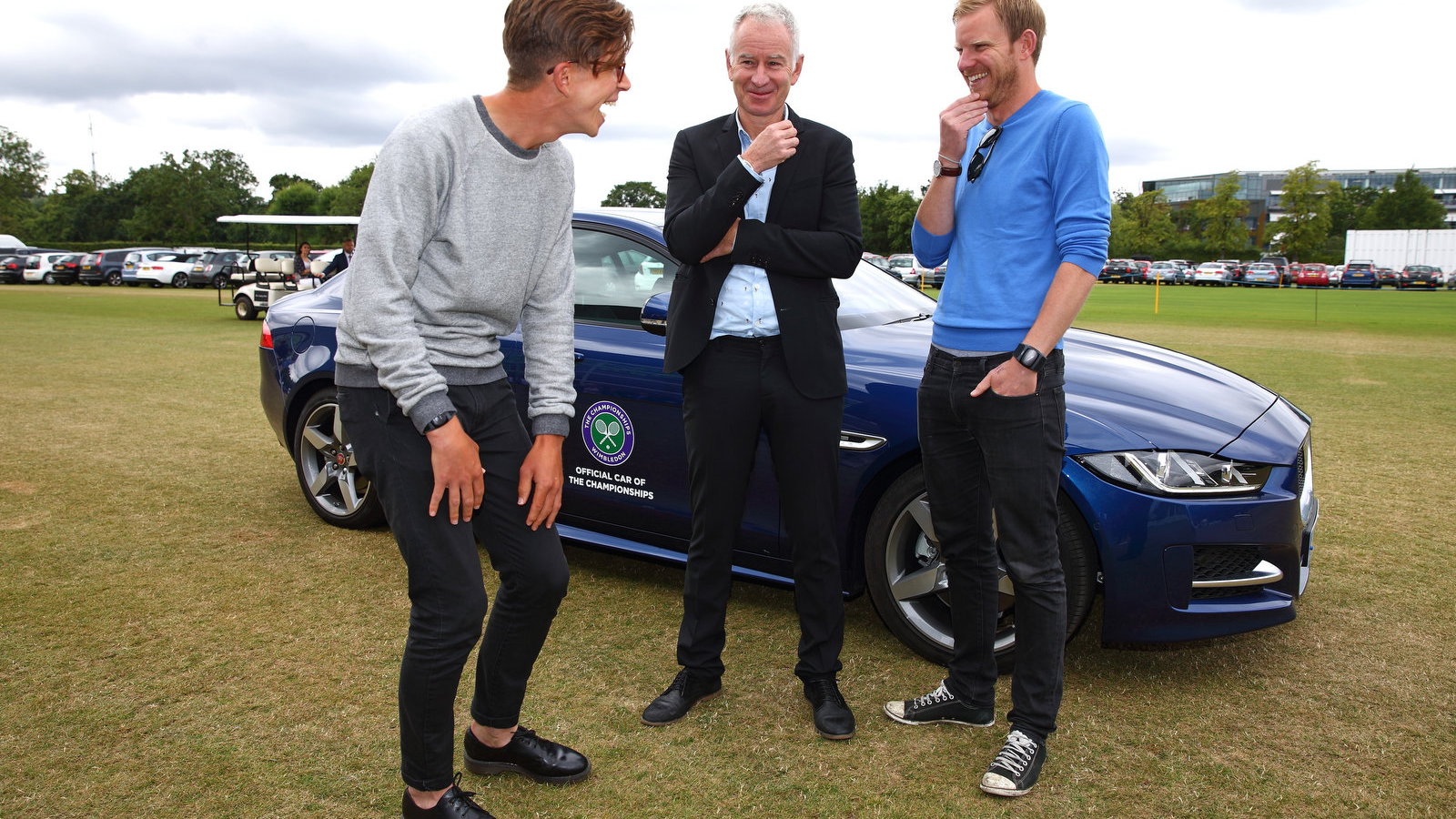 When you want to arrive in style at Wimbledon, one way to do so is by hiring a high-end taxi service. A pair of gents did just that and were pleasantly surprised to be picked up in the all-new Jaguar XE. After a short bit in the car, the driver stated that he needed to stop for a second. He stepped out, and in stepped tennis legend and icon John McEnroe. The look on the passenger's faces was one that conveyed a you cannot be serious! sort of vibe.

McEnroe shook hands, buckled in, and informed the pair he'd be taking them the rest of the way. On the short journey, the trio discussed who they thought had a good shot at the tournament this year while McEnroe also remarked that it was interesting to be driving from the right-hand side of the car.

Oddly, this didn't seem to faze the pair as it would've us, because a fresh right-hand driver from a left-hand world is primed for curb and fender bashing. Still, maybe that would've given these tennis fans the full McEnroe treatment. Or perhaps the man has clearly mellowed in his older age. Regardless, the passengers now have something to lord over the other Wimbledon attendees during the seventh inning stretch.

Oh, they don't have that? When do they get up for beer then?