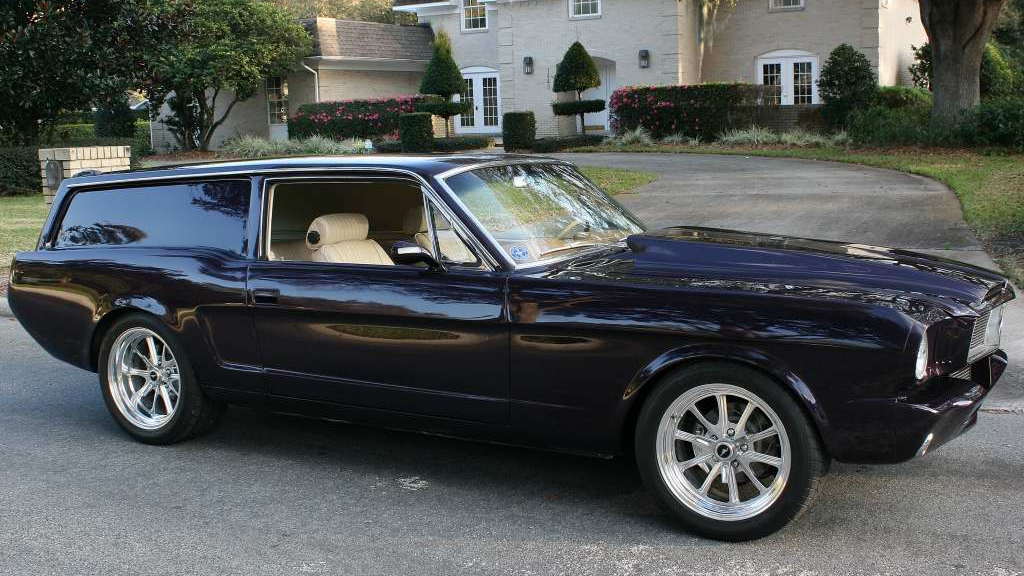 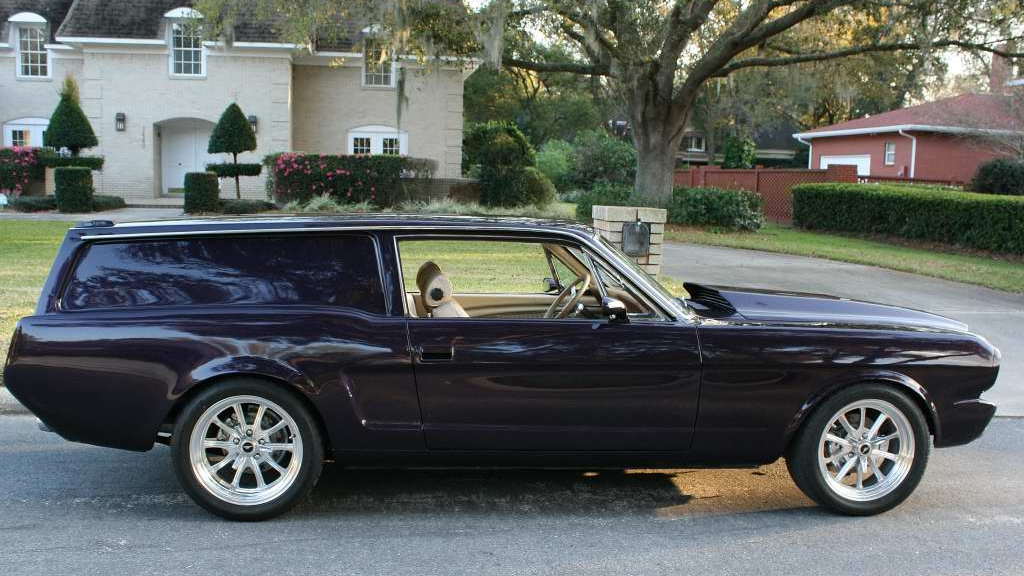 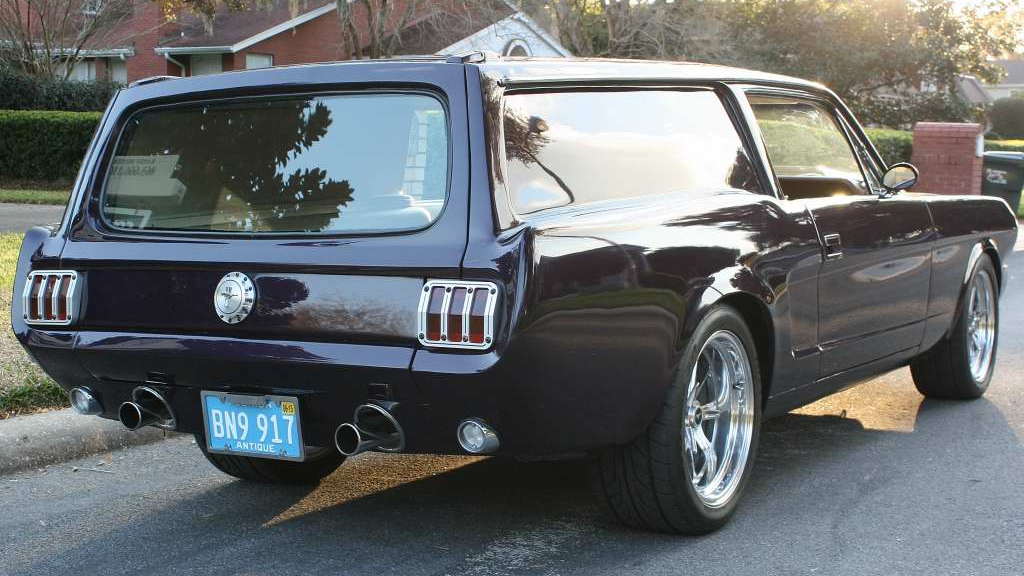 3
photos
If you're asking yourself why anyone would want to graft a Volvo 240DL's wagon roof and hatch onto a Ford Mustang, let us know when you find out. We're asking ourselves the same question.

Okay, so it's not so hard to figure out why someone would want to make a Mustang shooting brake, or "sedan delivery," as it's styled by the eBay seller. It's a classic automotive reverse mullet: party in the front, business in the back; a place to put plenty of gear while still having the muscle car you've always wanted. It's practical, after a fashion.

In the case of this particular example, there are many things to like: the long, low profile; the midnight purple paint; the apparently clean and tidy marriage of Volvo and Mustang bodywork. But looking more closely, there are details that don't quite work: the dated digital gauge cluster; the questionably upholstered interior (is that genuine Naugahyde?); the mini-hearse-like proportions of the rear cargo area.

But under the hood lives a beastly 514-cubic-inch carbureted V-8 engine. For those who think only in metric when it comes to displacement, that's 8.4 liters--as big as a Viper's V-10. The transmission, rear end, steering, and other performance pieces have also been upgraded to sportier standards. It's only traveled about 200 miles since completion, says the seller.

You can find this gearhead's griffin on eBay at a current bid price of $35,100--and only 18 hours left on the auction clock.