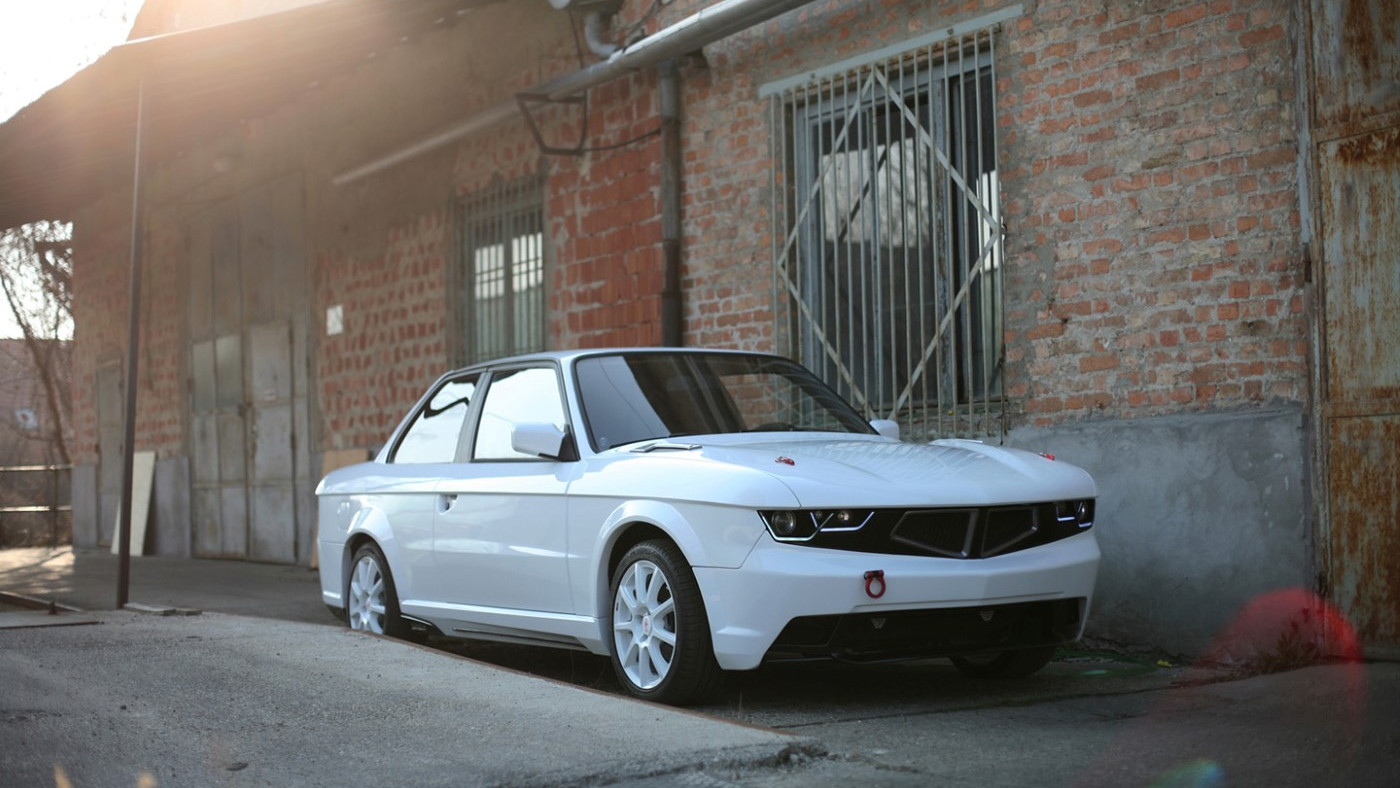 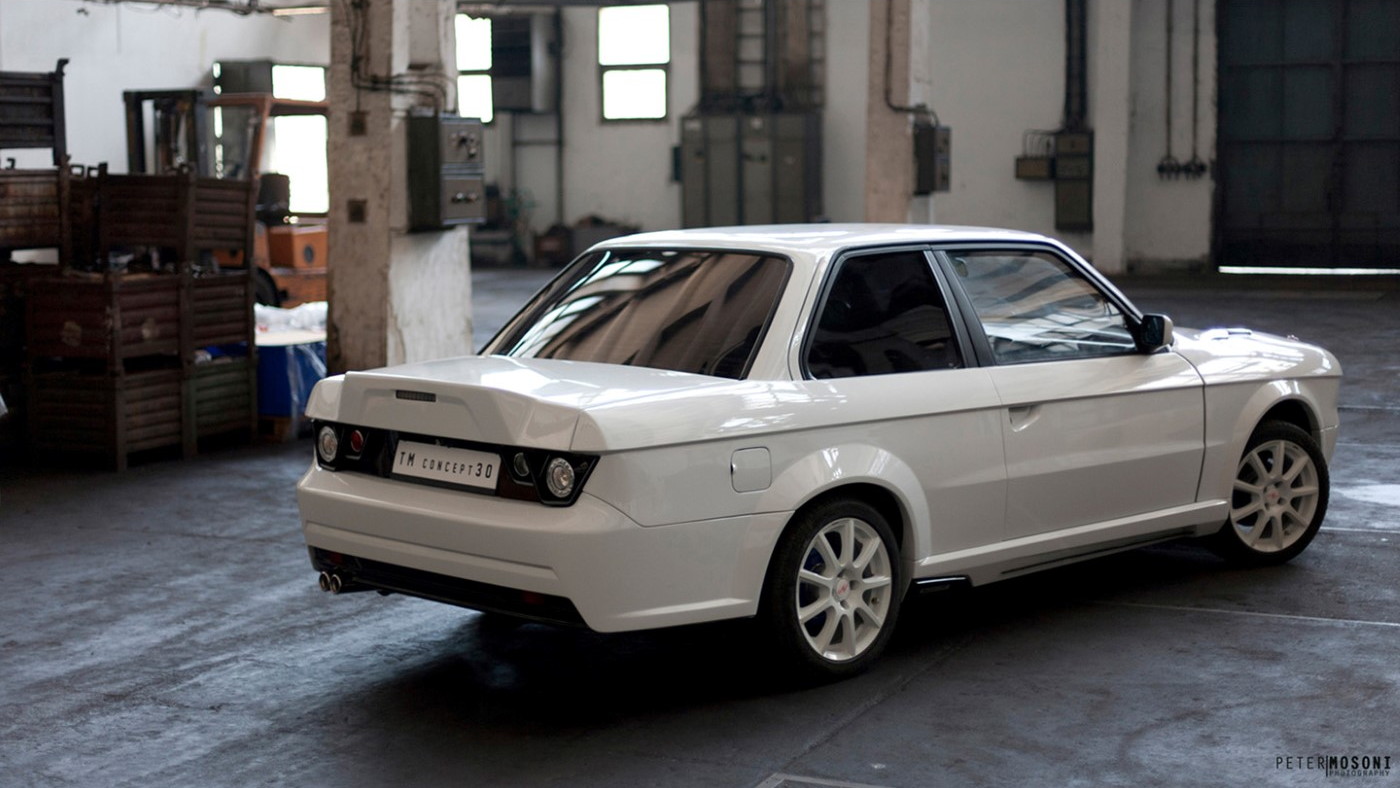 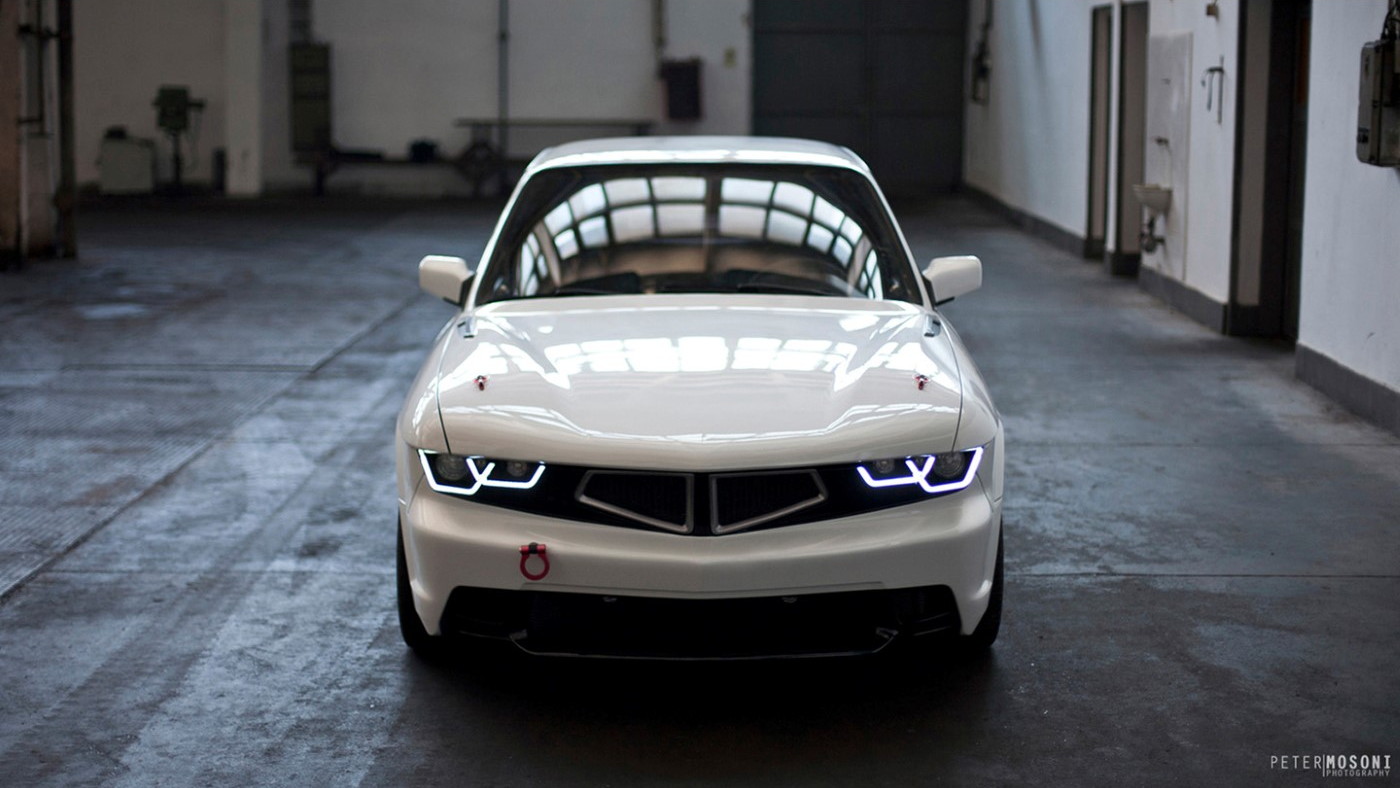 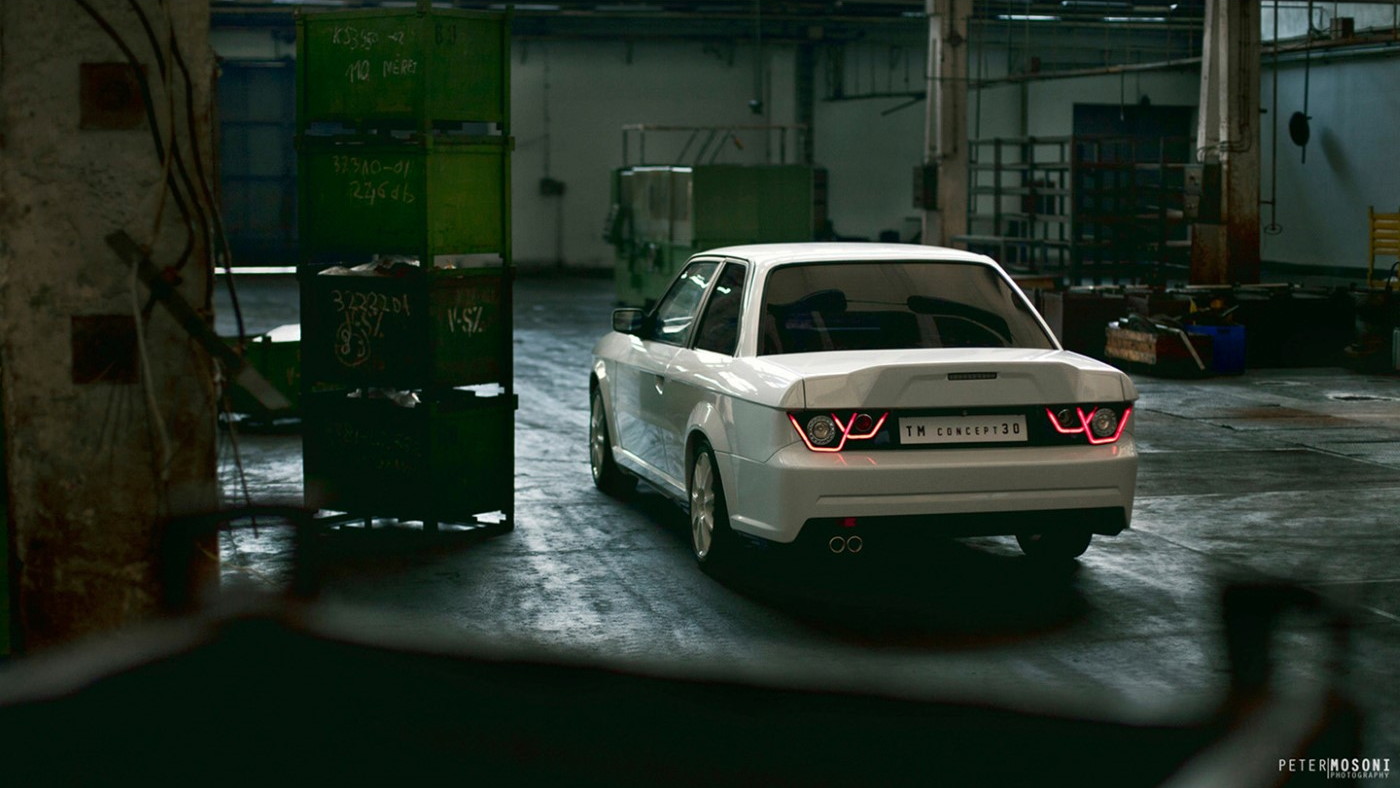 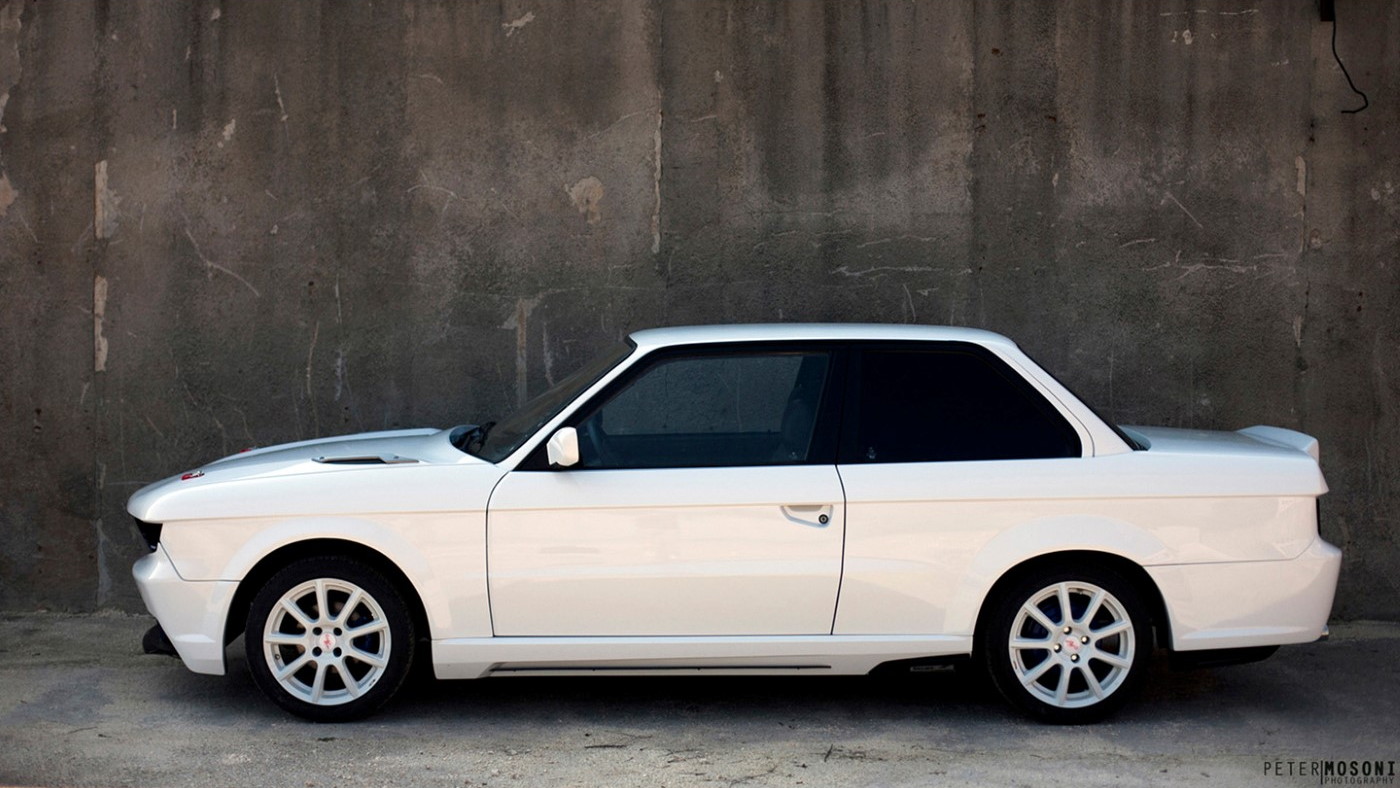 9
photos
BMW makes a great range of cars these days, but for a small band of BMW enthusiasts nothing tops the marque's glory days of the 1980s. Back then, they'll tell you, BMWs were better-made, more fun to drive and styled before flame surfacing was just a glint in Bangle's eye. Of those cars, one in particular is often revered: The E30-generation 3-Series.

For the most part, that still holds true today. But what if you want the compact size of an E30 3-Series but a dash more modernity to the styling? A car that shows what direction BMWs might have gone in if the E30 were merely evolved, rather than replaced by subsequent generations? You buy the TM concept30 kit for the E30, that's what. For just over $4,000 (plus tax, plus another $1,100 and tax for the head and tail-lights) Hungarian firm TMCARS (via Serious Wheels) will modernize your E30 BMW.

And you know what? It almost works. From the front end in particular, the TM concept30 is quite successful, with a look not dissimilar to that you'll find on the BMW i8 plug-in hybrid sports car--albeit to BMW 3-Series proportions. The front bumper is smooth and unadorned, the LED daytime running lights a distant homage to the E30's four-light setup, and BMW's famous kidney grille has been reprofiled for a more aggressive, modern look.

The back too is unique, if not quite as successful--perhaps a cleaner look to the trunk lid would have worked better, but the lights and rear bumper certainly work well given the modern theme. It's the side that's least successful. While TMCARS says it's maintained the E30's original character line along the flank, the longer overhangs and deeper bumpers just don't gel with the E30 coupe's relatively dainty, squared-off profile. A set of larger (and classier) alloy wheels might cure it to some extent, at the risk of harming the E30's sweet ride and handling characteristics.

Still, it's a novel take on a modernized E30 and a great deal more thought has gone into it than typical body kits, for which we applaud the company. But perhaps there are some cars better-appreciated as they were.