Maserati’s upcoming SUV, the Levante, will enter production in 2015 at the Mirafiori plant located in Turin, Italy, which is owned by Maserati’s parent company Fiat Chrysler Automobiles (FCA) and has the capacity to build up to 300,000 cars per year. The information was revealed by FCA boss Sergio Marchionne during an interview with Reuters.

Confirmed to share a platform with the Jeep Grand Cherokee originally, Maserati boss Harald Wester recently said that this was no longer the case. Instead, it’s likely Maserati will use a modified version of the platform underpinning its Ghibli and Quattroporte sedans. This way, Maserati will be able to employ its own Q4 all-wheel-drive system which is already offered in both the Ghibli and Quattroporte.

As for engines, expect the same turbocharged V-6 and V-8 gasoline units found in the Ghibli and Quattroporte to make their way into the Levante. The most powerful model should match the 523-horsepower rating of the most powerful Quattroporte. Overseas, expect a diesel too.

During the same Reuters interview, Marchionne said that production of the Alfieri sports car concept could take place within the next 24 to 28 months, should the project receive the green light. He explained that the relatively quick destination was due to FCA already having an available platform and engines.

Though the Alfieri concept was built on a shortened version of the current Maserati GranTurismo’s platform and shared that car’s V-8, a production version is expected to ride a shortened version of the platform developed for Maserati’s Ghibli and Quattroporte sedans. The car, which may revive the GranSport name, was recently reported to feature a turbocharged V-6 should it be built. 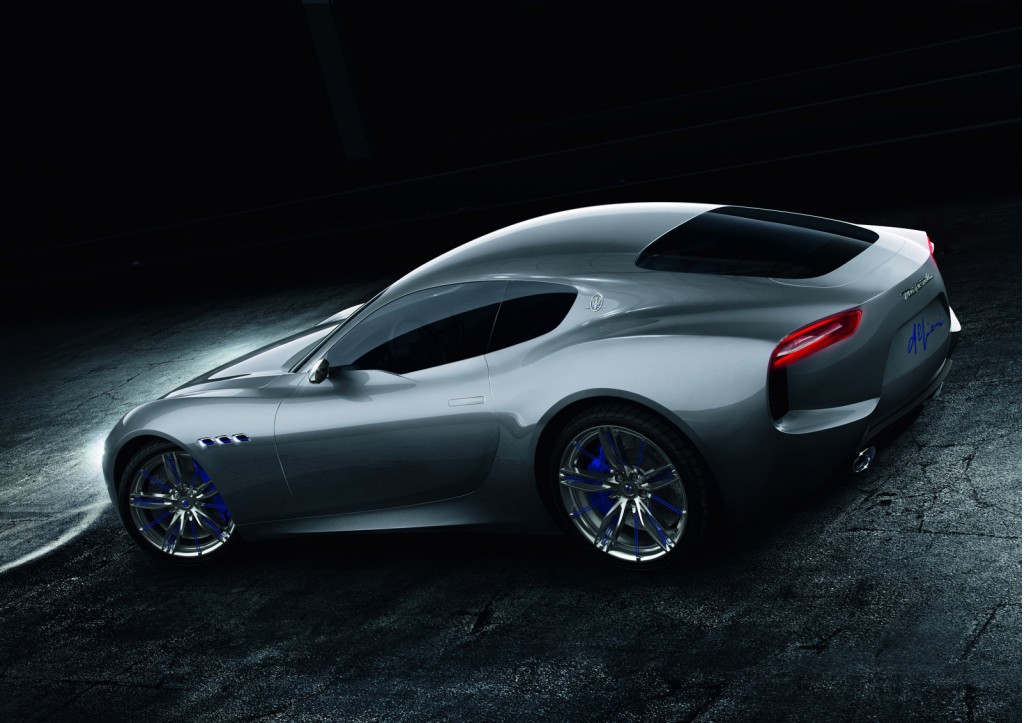