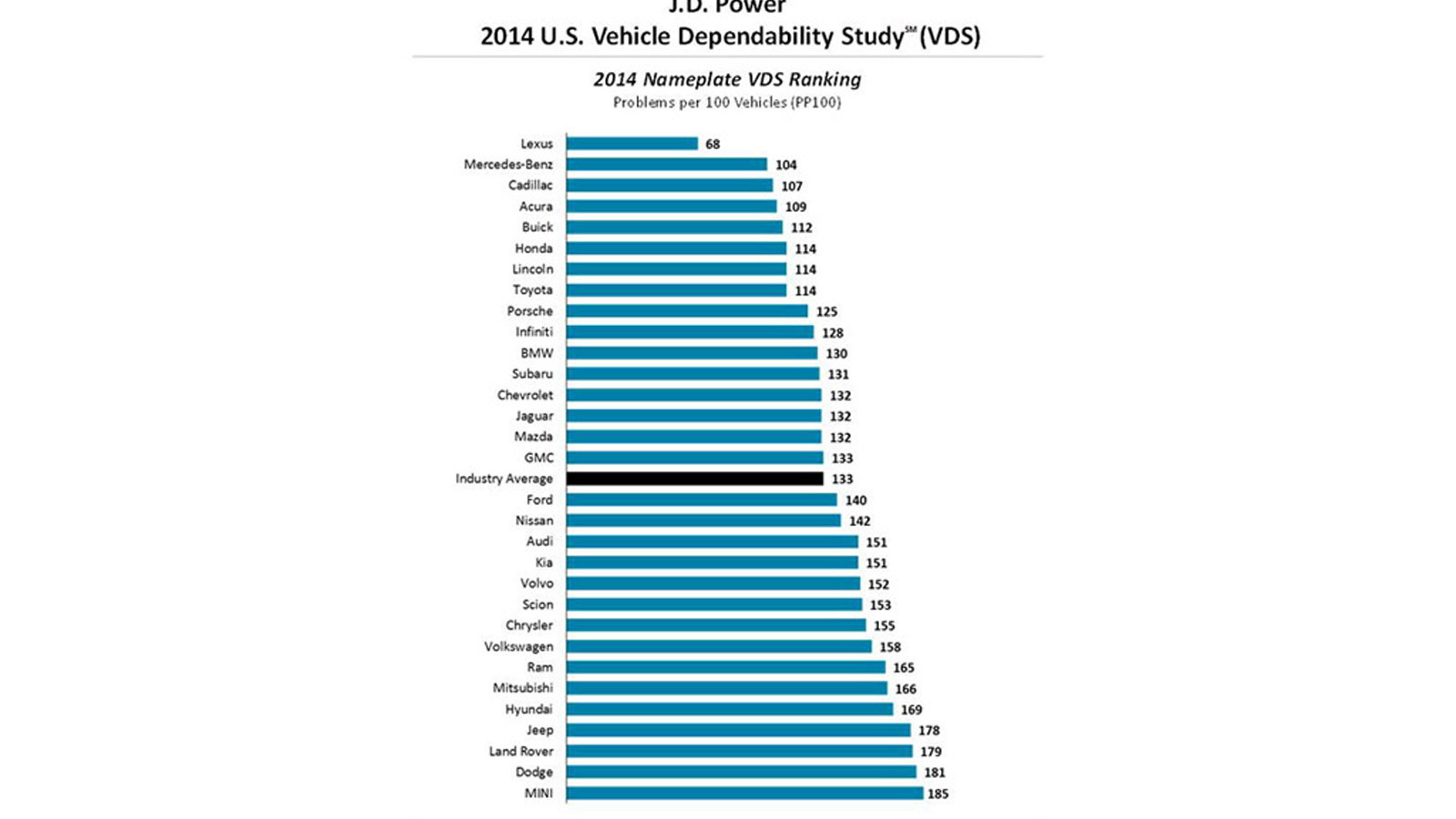 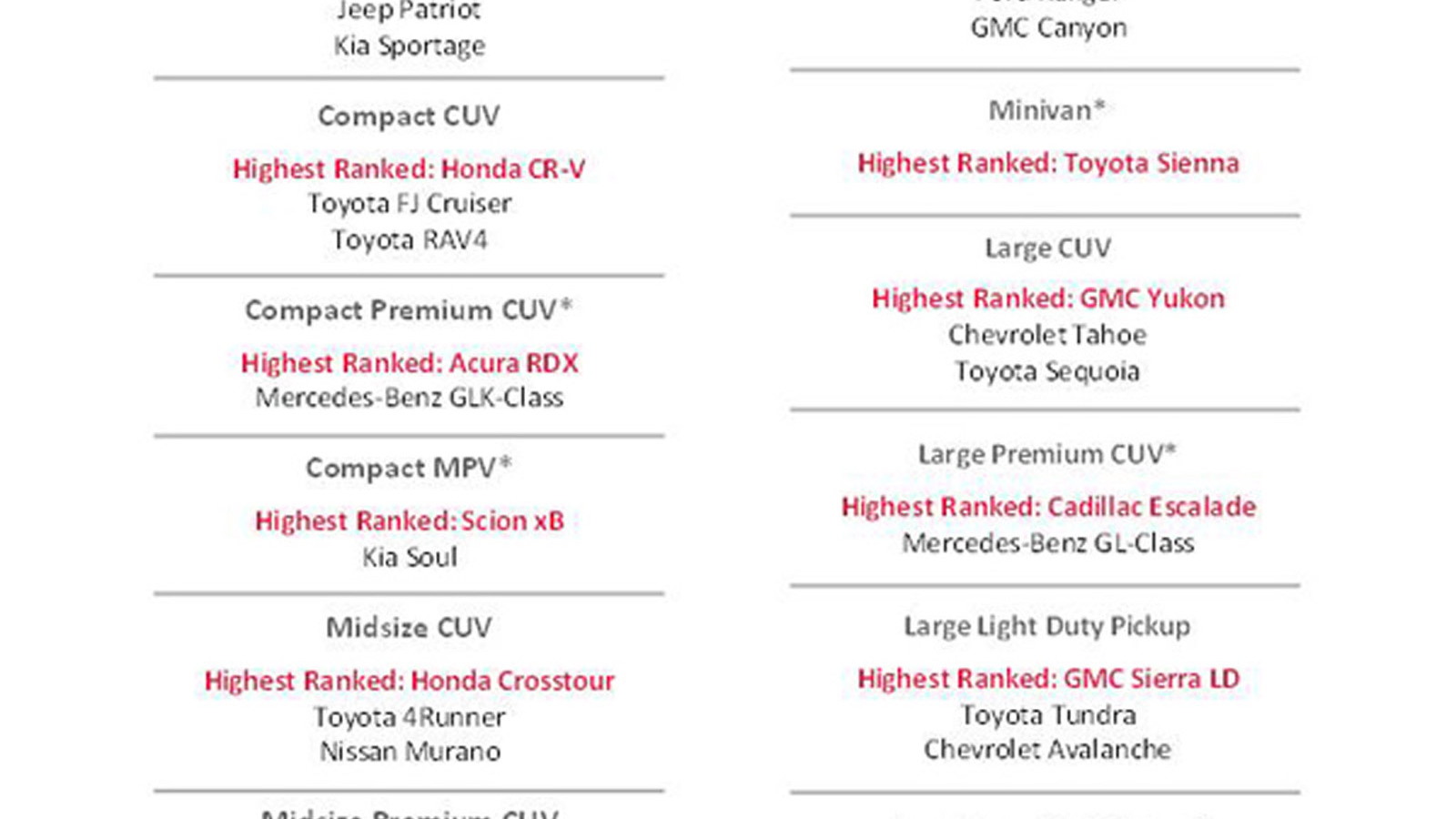 Lexus has been rated the most dependable brand for the third year in a row in J.D. Power’s annual Dependability study, a feat the Japanese luxury brand has achieved more than any other in the 25 years that the study has been run. Furthermore, Lexus led all other brands by a significant margin in a year that saw the average number of problems per vehicle rise for the first time in 15 years.

For those unfamiliar with the study, it measures problems experienced during the past 12 months by original owners of three-year-old vehicles. In this case, those that were introduced for the 2011 model year. Overall dependability for a specific vehicle type or brand is determined by the number of problems experienced per 100 vehicles (PP100), with a lower score reflecting higher quality. For the 2014 study, more than 41,000 owners were surveyed.

According to the data, overall vehicle dependability averaged 133 PP100, a 6 percent increase in problems from the 126 PP100 average in 2013. This marks the first time since the 1998 study that the average number of problems has increased. The researchers cite the increased number of downsized turbocharged engines and diesels as being the main cause for the increase in problems.

In fact, most of the additional problems were in the drivetrain department, with a lot more owners complaining about engines being too noisy or having inadequate power, and transmissions that were rough. Though these may not actually be defects, if not addressed owner perception of a brand may change--the researchers have discovered a direct correlation between dependability and brand loyalty (from vehicle trade-in data).

Lexus ranks highest in vehicle dependability among all nameplates for a third consecutive year. The gap between Lexus and all other brands is substantial, with Lexus averaging 68 PP100 compared with second-ranked Mercedes-Benz at 104 PP100. Following Mercedes-Benz in the rankings are Cadillac (107), Acura (109) and Buick (112), respectively.

General Motors Company [NYSE:GM] this year had the most vehicles--eight in total--as the most dependable for their respective categories. Toyota was next with seven.