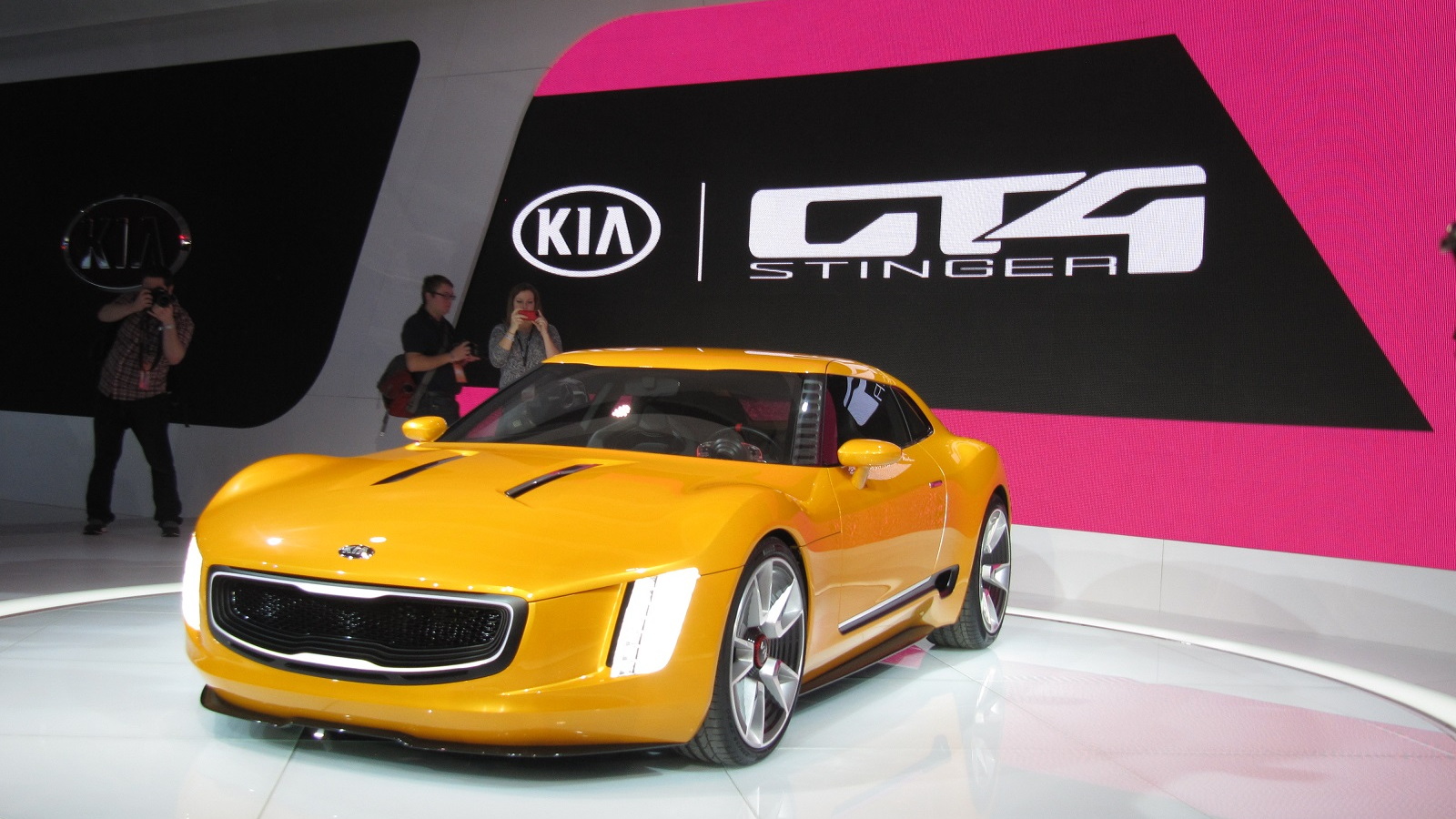 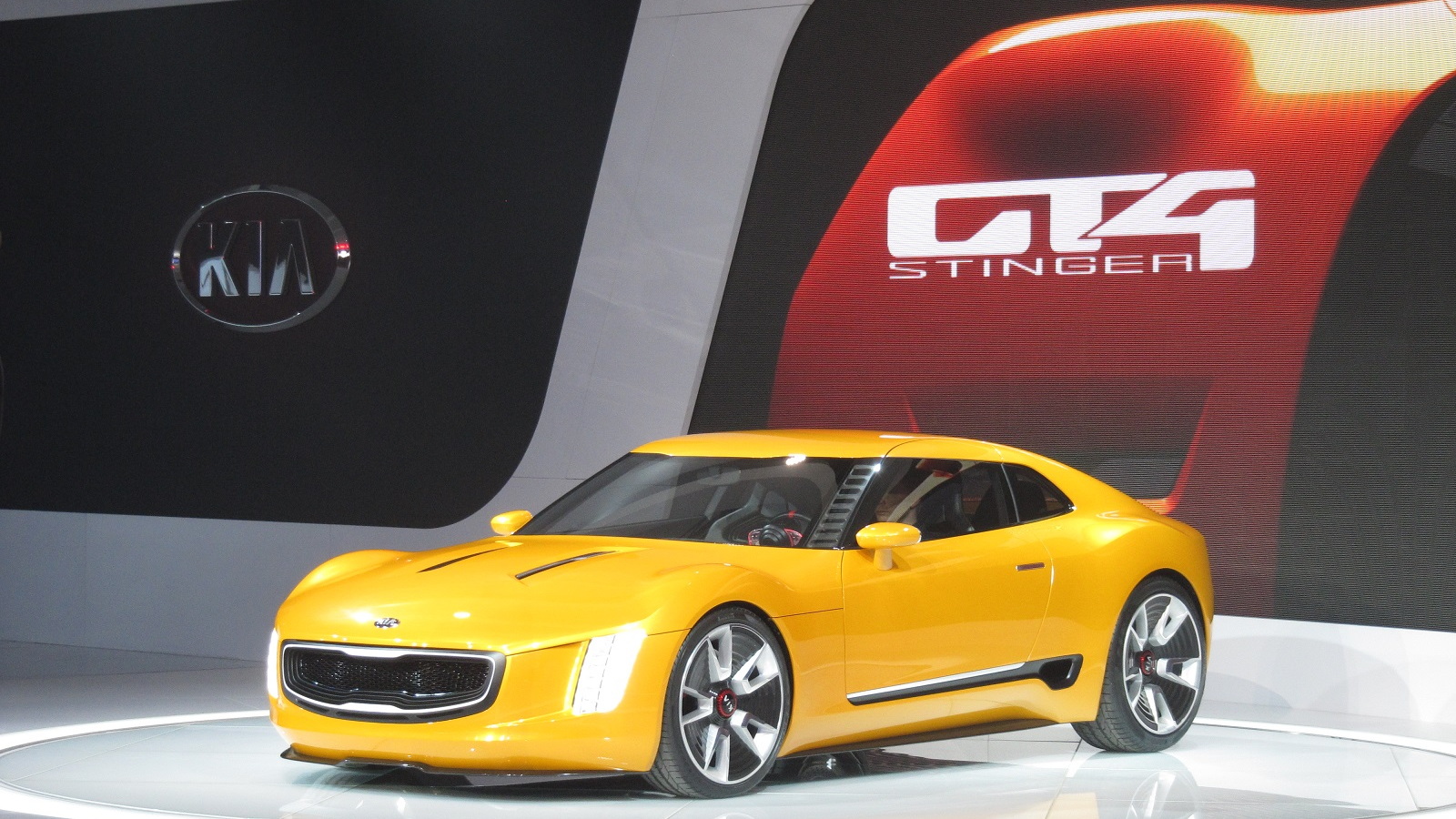 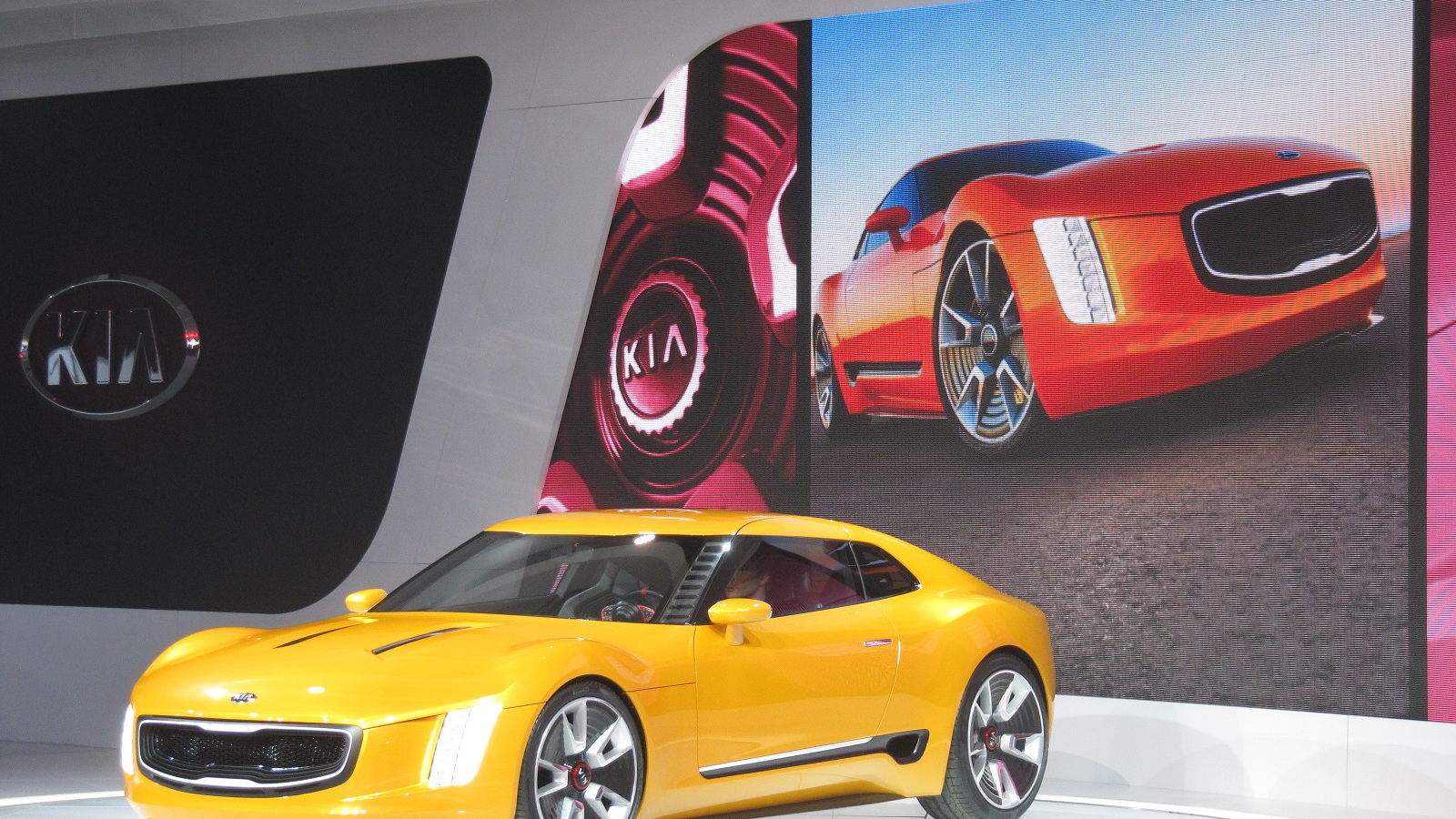 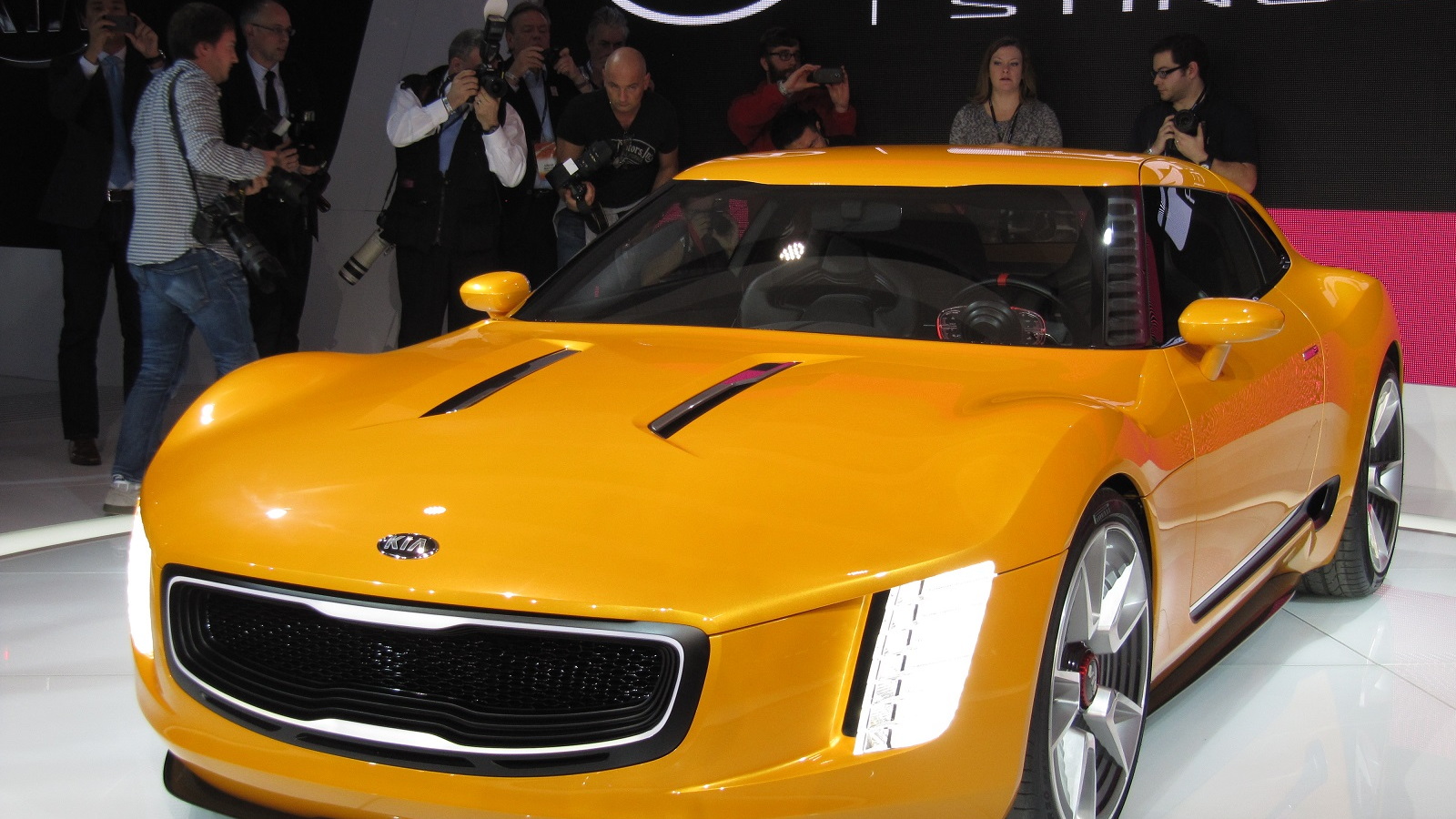 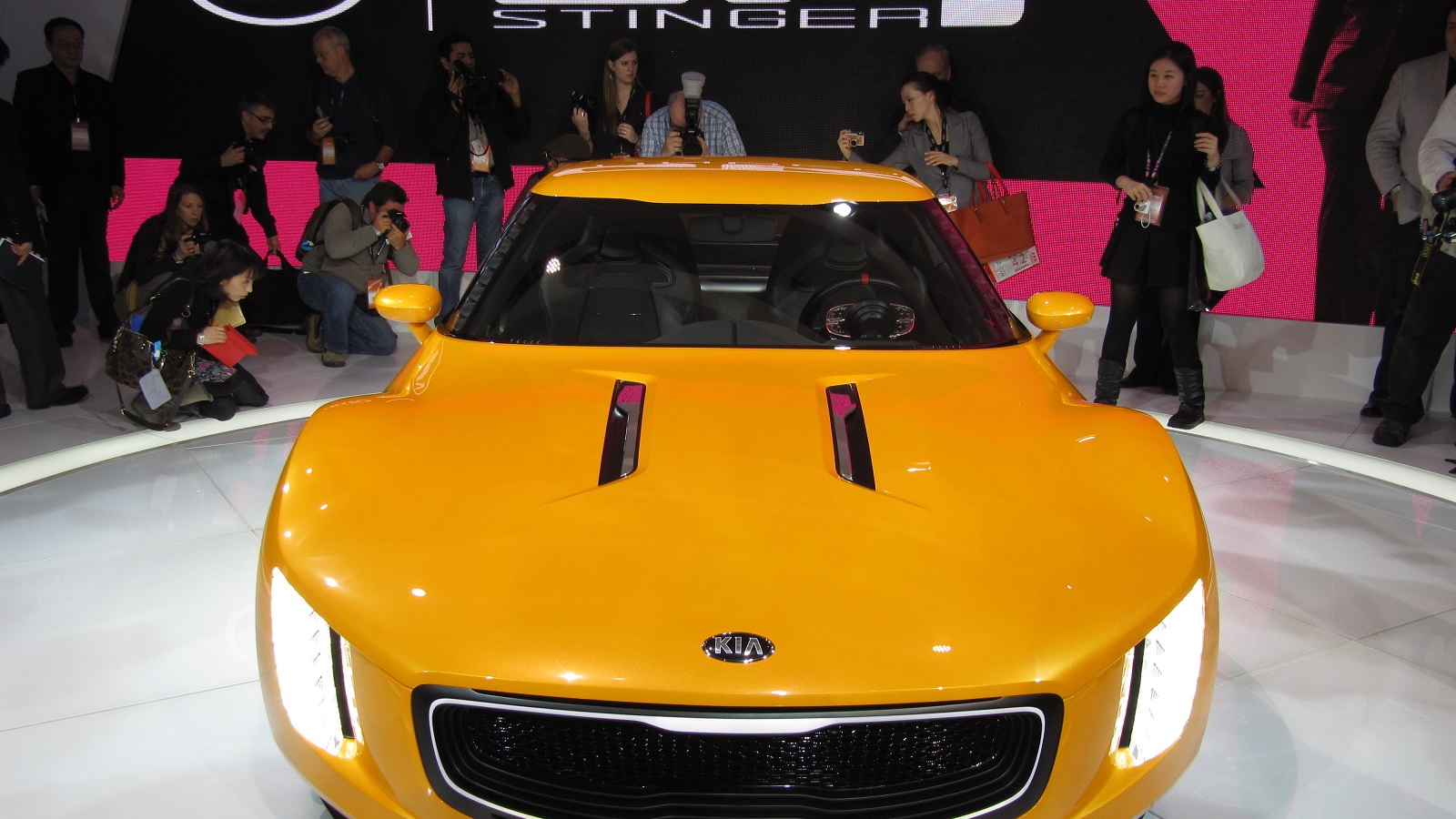 26
photos
Kia rolled out a striking sports car concept at this week’s Detroit Auto Show, which is believed to be a preview of the automaker’s first sports car. Talk of a Kia sports car has been making the rounds for several years now, and the GT4 Stinger unveiled in Detroit this week brings us a major step closer to seeing such a car finally materialize.

Kia says the concept pays homage to the glory days of purebred, affordable sports cars, suggesting that the eventual production version should prove an enticing project, assuming Kia doesn’t stray too far from the concept’s principles.

It’s powered by a turbocharged 2.0-liter four-cylinder developing a hefty 315 horsepower, and drive goes to the rear wheels via a six-speed manual transmission. The GT4 Stinger also benefits from a host of traditional sports car touches such as custom center-lock 20-inch wheels, performance brakes, and some wide rubber.

Inside the concept, bucket seats covered in molded leather sit above a rubber mat, with billet-aluminum pedals and a flat-bottomed steering wheel underscoring the car's racing intentions. Rather than interior door handles, pull straps with red stitching recall sports cars of half a century before--as does the lack of any audio system at all.

The concept itself is slightly shorter than the compact Kia Forte sedan, and it sits nearly 9 inches lower than the company's Rio subcompact. Weight is a minimal 2,874 pounds. We think it would make a great Scion FR-S/Subaru BRZ rival, though something along the lines of the Genesis Coupe from sister company Hyundai is also possible.

Whatever eventuates, we’ll being following the development of closely.