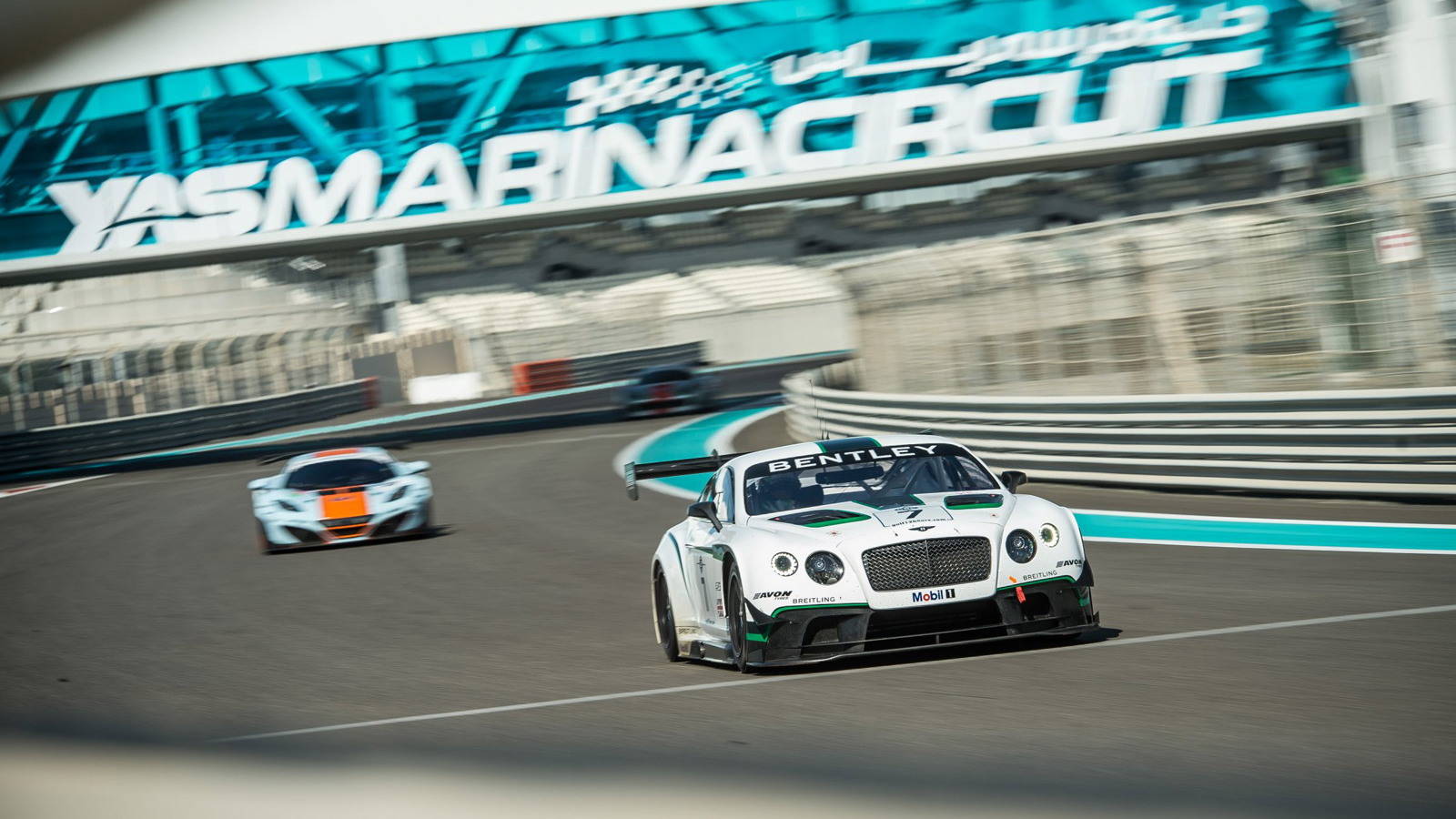 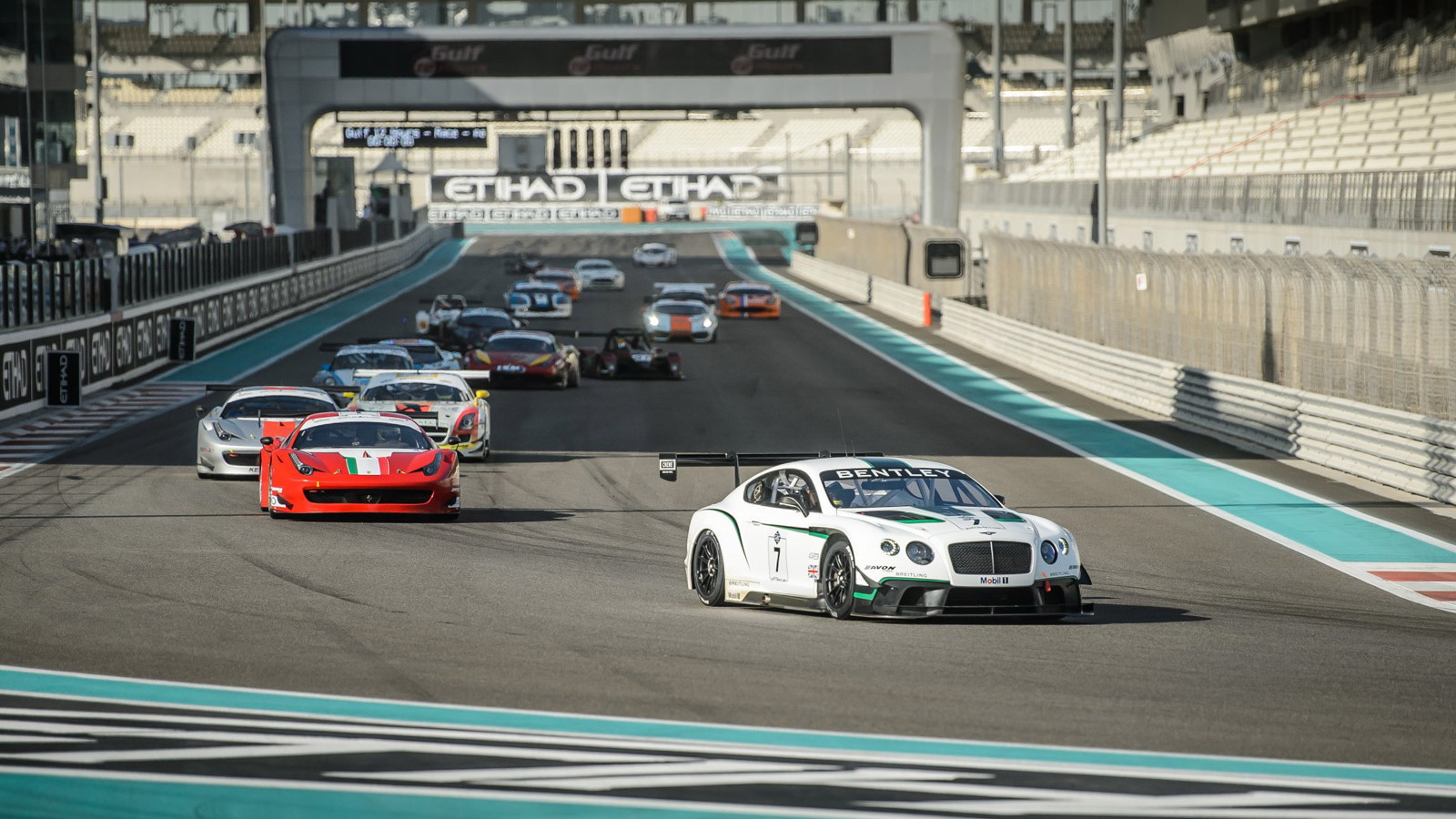 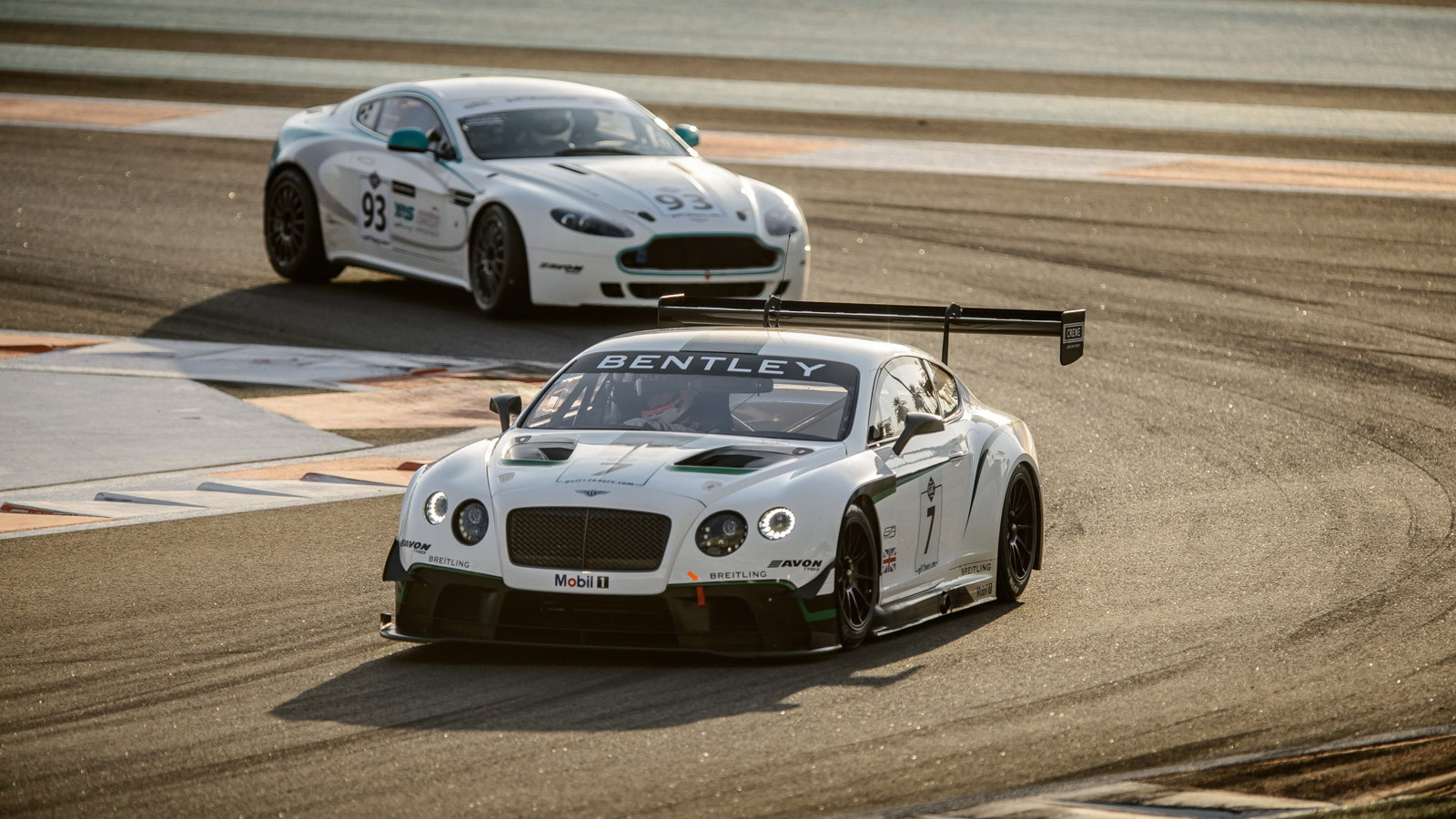 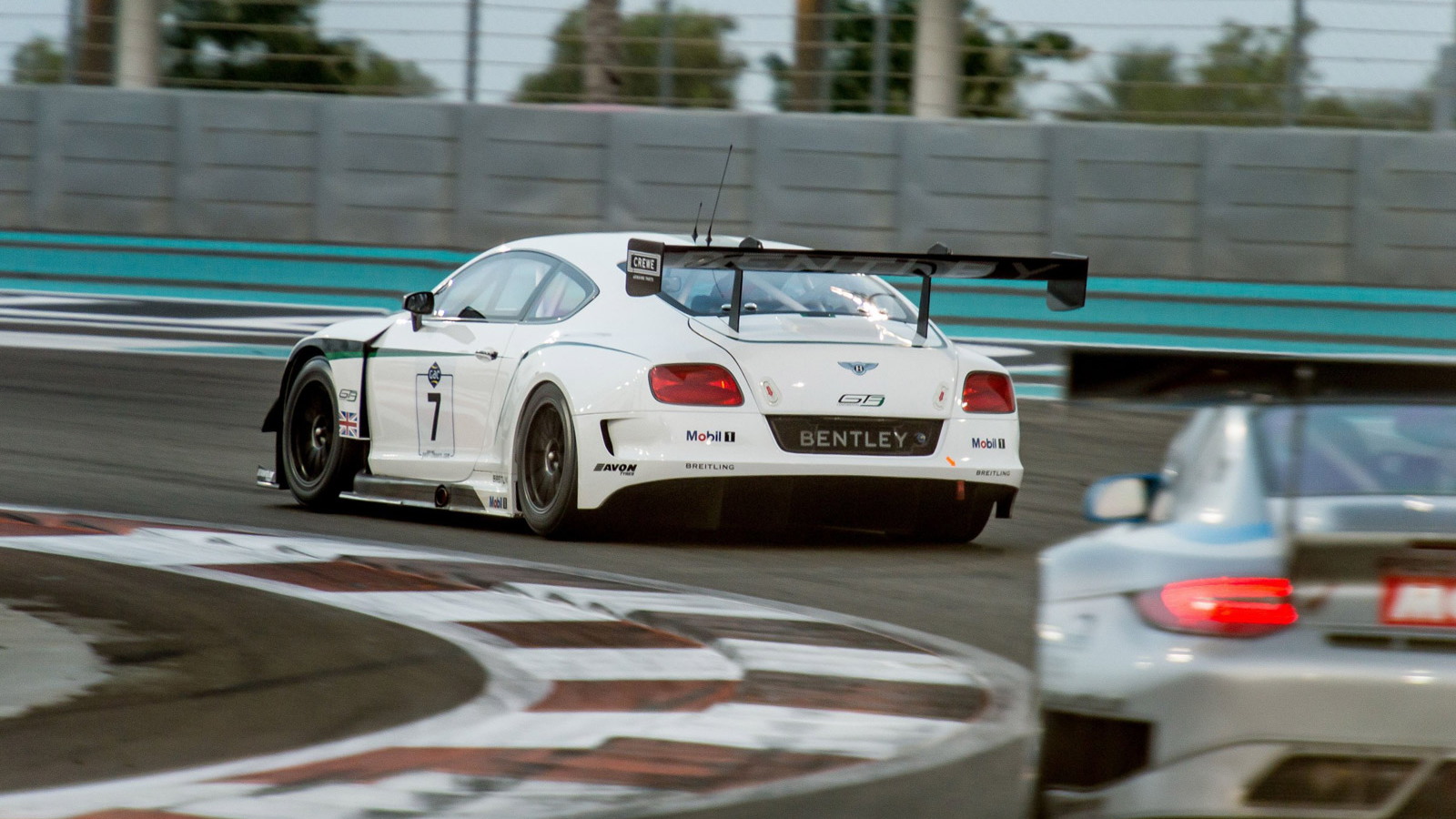 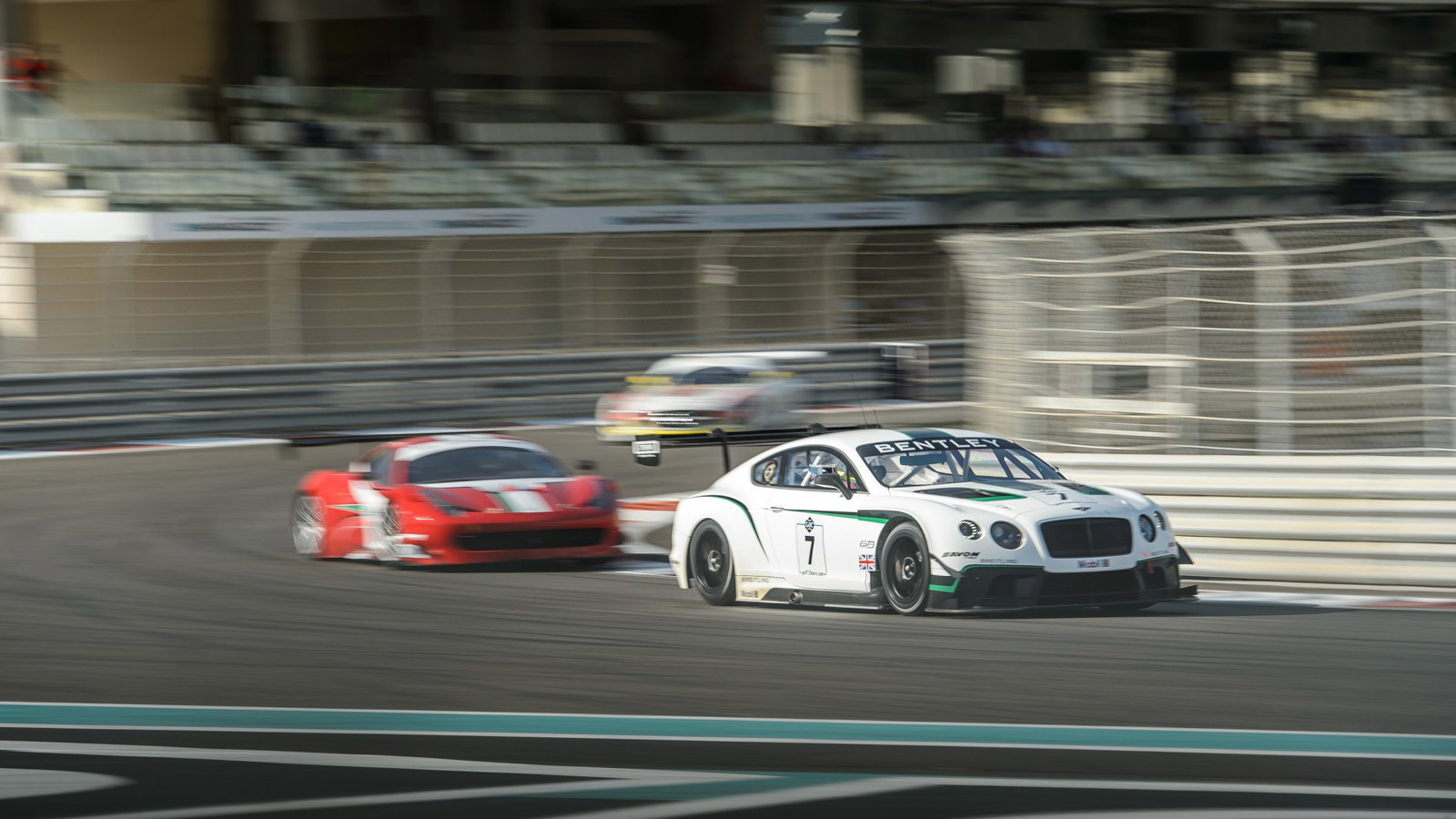 9
photos
Bentley’s new Continental GT3 race car has seen its first action, having competed over the weekend in the 2013 Gulf 12 Hours of Abu Dhabi. The new race car, Bentley’s first in a decade, was only revealed six months ago yet its performance has already been verified with a fourth-place finish in a race that saw the big bruiser go up against race cars based on the likes of the Ferrari 458, McLaren 12C and Porsche 911.

After completing the first six hour session of the race in third position, the second half of the race saw the team maintain that position until the final two hours, when a close fight with the Ferrari 458 GT3 of Kessel Racing was ultimately won by the Prancing Horse. The closing minutes were not without drama, with apparent damage to the underfloor, meaning the final lap had to be taken at low speed.

With the car running well throughout the 12 hour event, the team is said to be delighted with the endurance reliability. Behind the wheel were Bentley factory drivers Guy Smith, Steven Kane and Andy Meyrick.

“In running an all-new car for the first time, our main goal today was to finish the race and be consistent,” Bentley motorsport chief Brian Gush said after the race. “We leave Abu Dhabi with confidence that we will have a reliable and competitive package for 2014, when the hard work really starts.”

That hard work Gush is referring to will be the 2014 Blancpain Endurance Series, where Bentley will be competing against much more established teams and drivers. The first race is at Italy’s Monza on April 12.

Bentley will use the time in between to analyze data collected over the course of the past weekend’s race and continue to develop its car.

Bentley’s new Continental GT3 race car, developed together with British motorsport and engineering firm M-Sport, is based on the Bentley Continental GT V8 model, whose weight has been reduced to just 2,866 pounds for its motorsport application. As you may have guessed, modifications are extensive. Starting with the twin-turbocharged 4.0-liter V-8, power is increased to 600 horsepower. Drive is then transmitted to the rear wheels via a new carbon fiber driveshaft and an Xtrac six-speed sequential gearbox with a limited slip differential. The suspension is all-new, as is much of the body, which now consists mostly of lightweight carbon fiber.