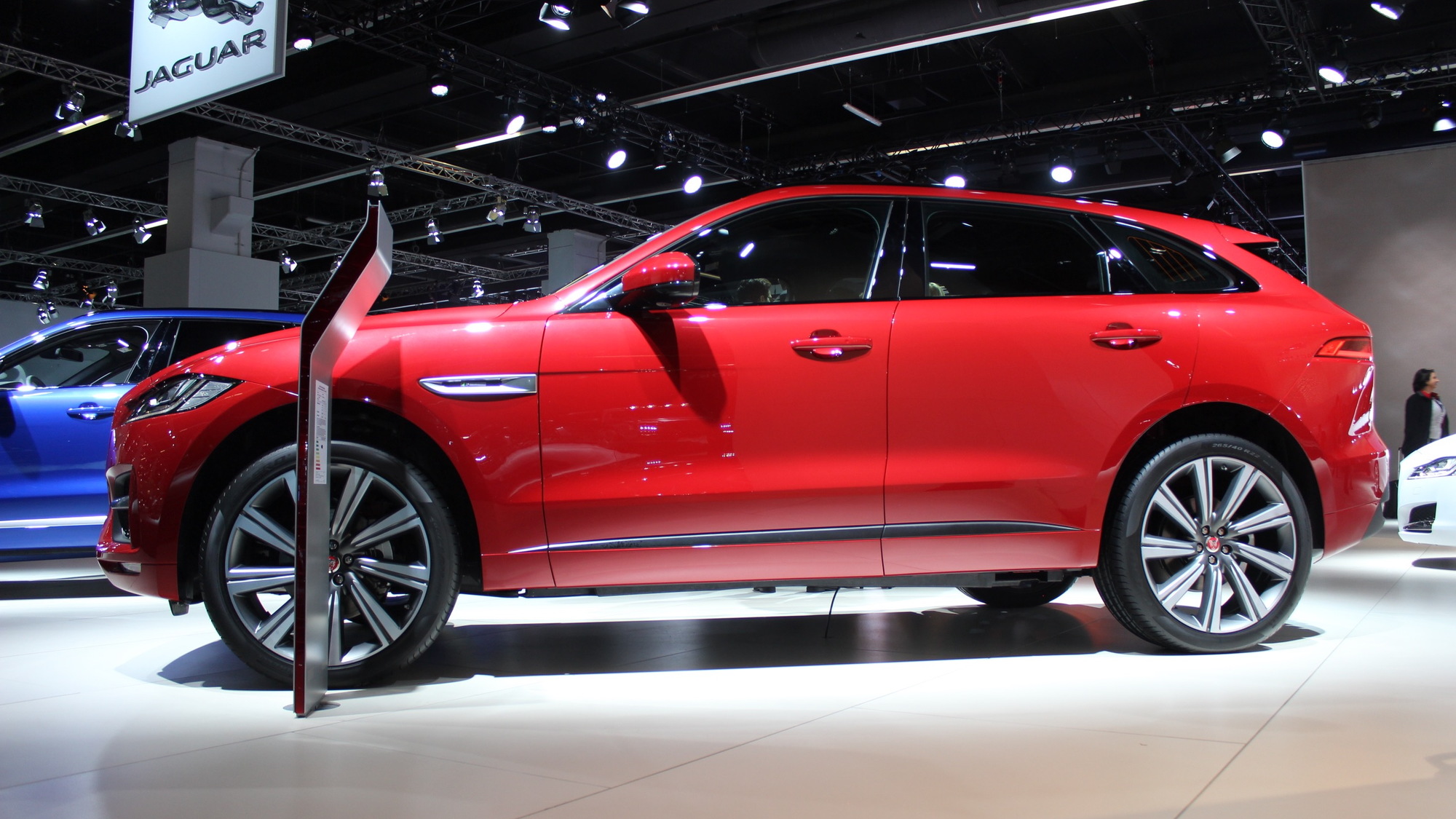 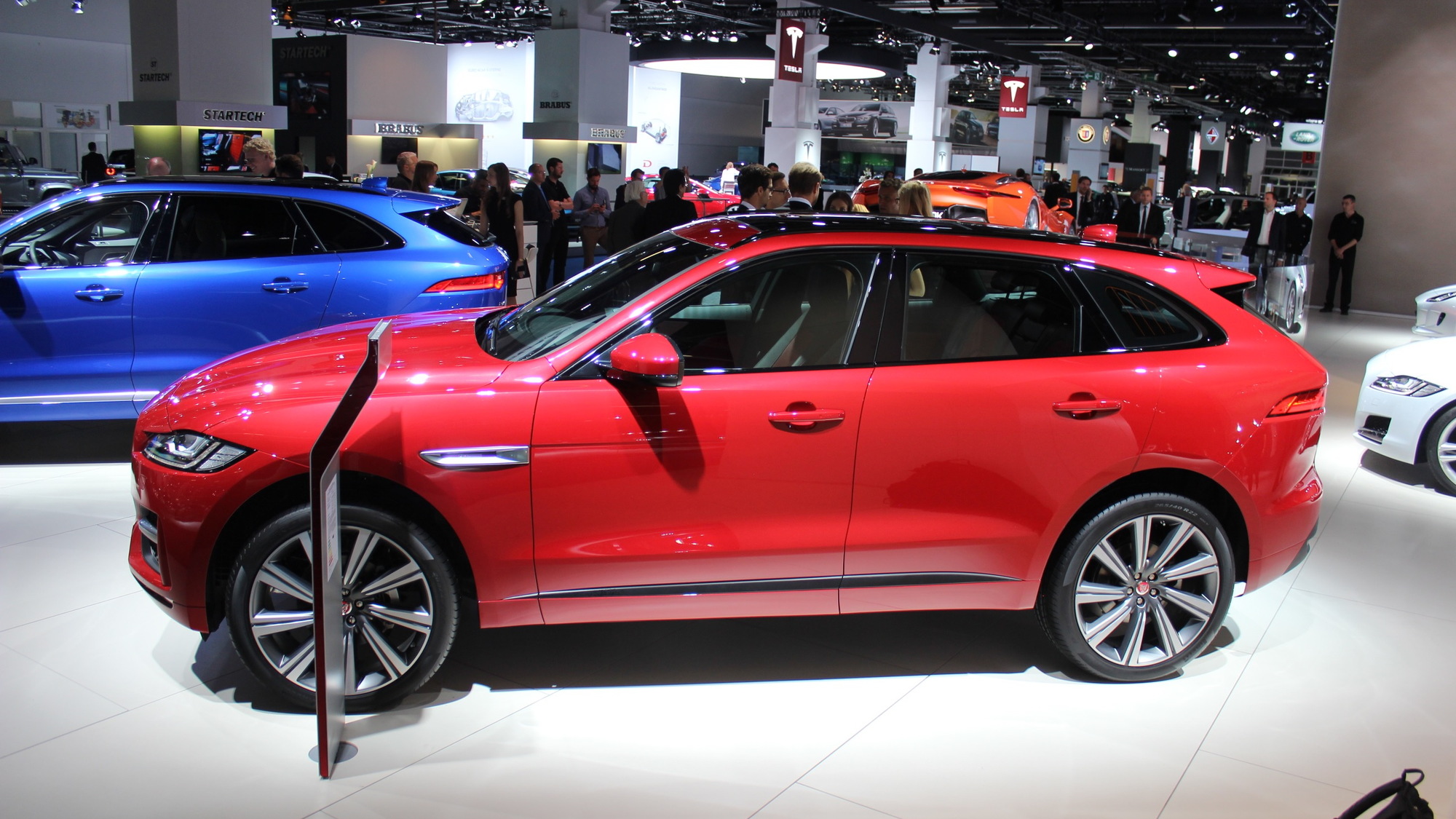 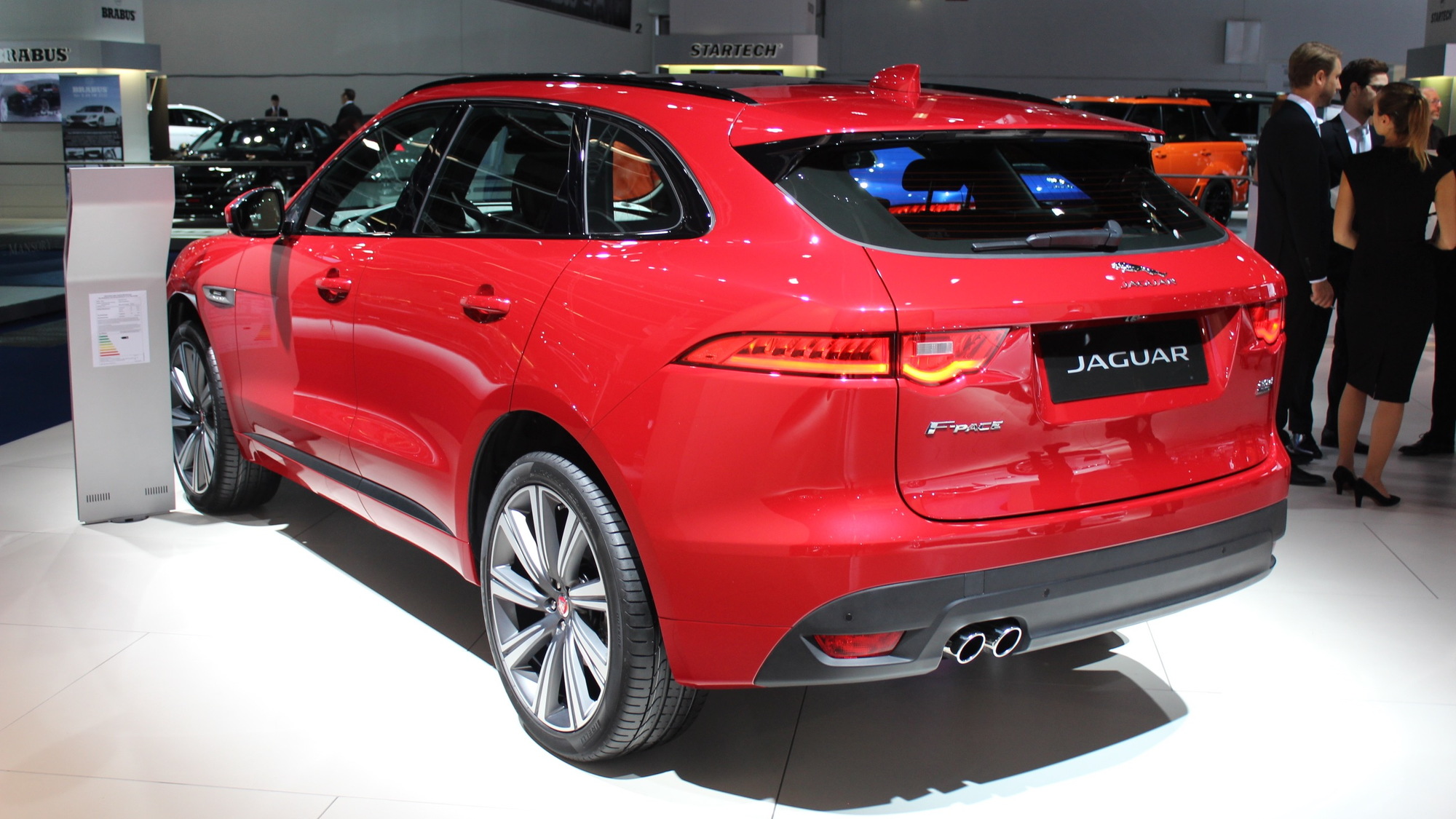 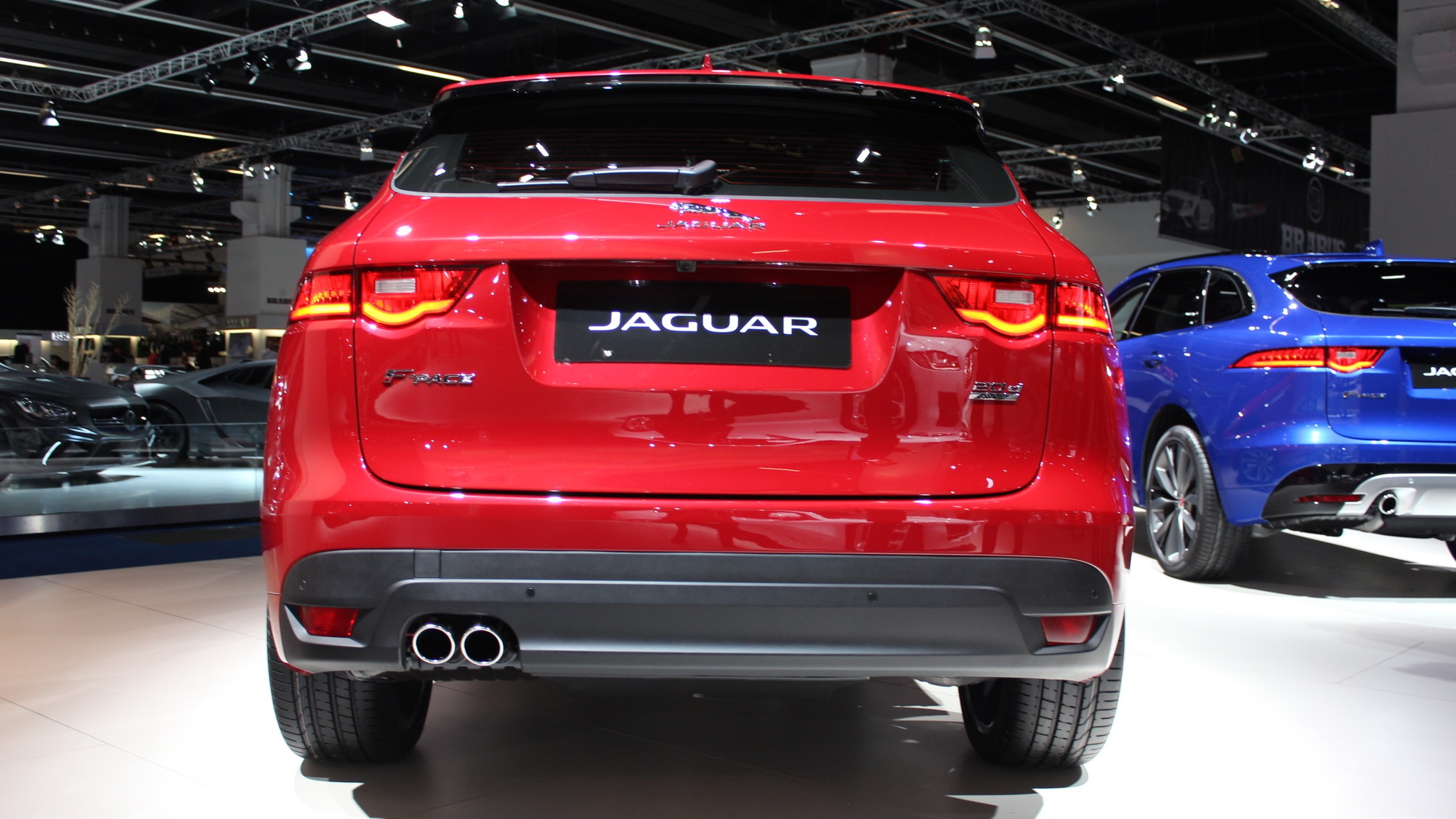 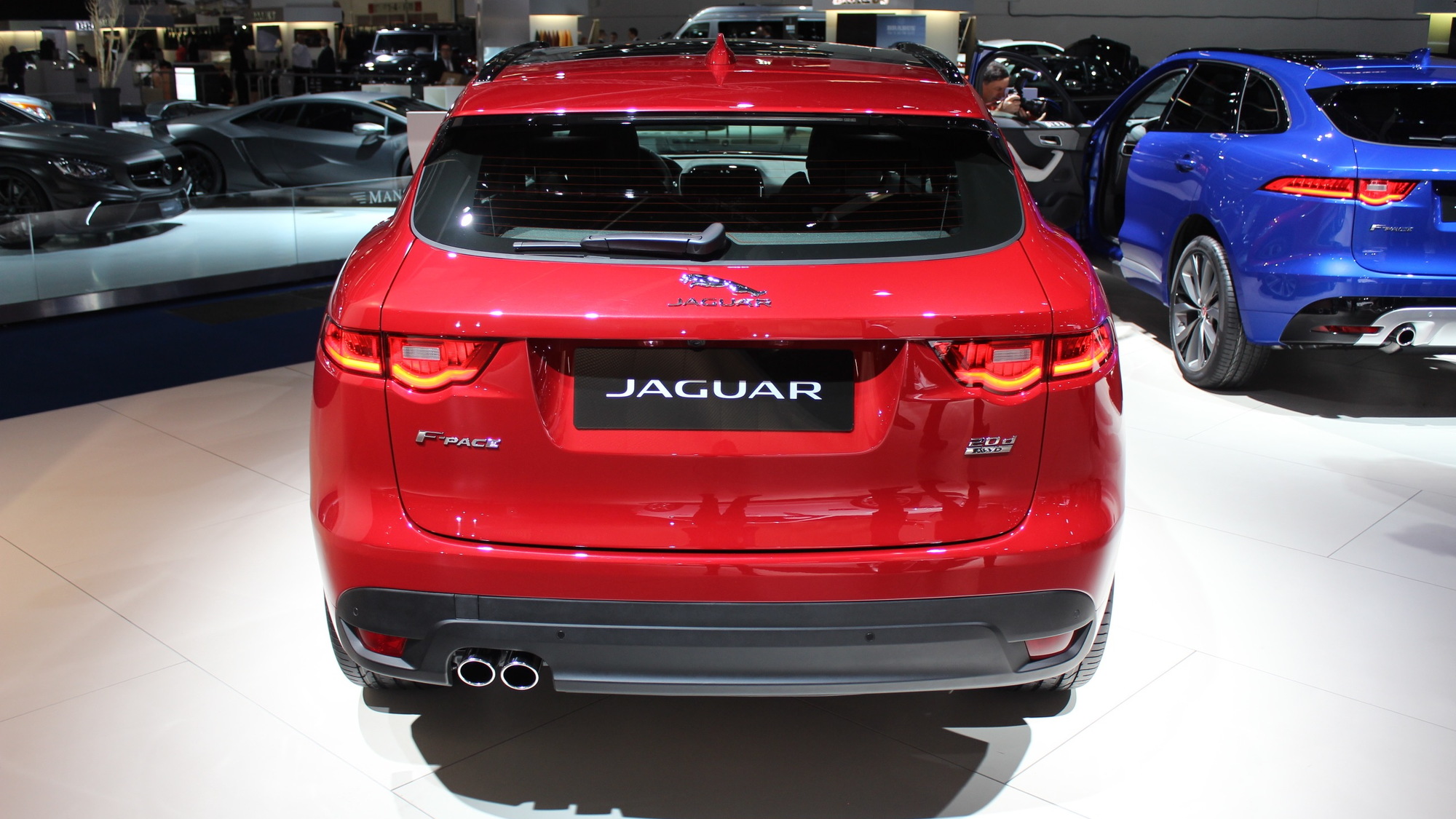 Jaguar’s new F-Pace has been revealed ahead of its debut tomorrow at the 2015 Frankfurt Auto Show. The small, sporty crossover SUV represents the British automaker’s first foray into the world of high-riding vehicles and is sure to sizzle in the marketplace thanks to a combination of handsome styling and impressive engineering. It arrives next spring, as a 2017 model.

Prototypes have already been seen proving the everyday usability and exceptional ride and handling of the vehicle, by supporting Team Sky on the Tour de France, enduring more than a quarter of a million miles of extreme testing, and tackling some of the most challenging roads in world. The F-Pace has up to 8.4 inches of ground clearance plus approach and departure angles of 25.5 degrees and 25.7 degrees, front and rear. It can also wade through water up to 20.7 inches high.

But what really makes the F-Pace stand out from the crowd is its aluminum-intensive construction, namely Jaguar’s Lightweight Aluminum Architecture that features in the latest XE and XF sedan models. Combined with some pretty sophisticated chassis technology, the lightweight yet rigid construction should ensure the F-Pace handles brilliantly and like no other SUV in its segment. The curb weight measures in at approximately 4,000 lbs.

At launch, buyers in the United States will have their choice of a supercharged 3.0-liter V-6 in 340- or 380-horsepower outputs, with the more powerful output being reserved for an F-Pace S. Late in 2016, Jaguar will add a diesel-powered F-Pace. This one will get a turbocharged 2.0-liter four-cylinder diesel mill good for 180 hp. All F-Pace SUVs in the U.S. will come with an eight-speed automatic transmission and all-wheel drive as standard.

Clearly the F-Pace S is the quickest of the bunch. Jaguar says it needs just 5.1 seconds to hit 60 mph. Top speed on all models is limited to 155 mph. Of course, more powerful versions are planned. We should see an F-Pace R at some point, and there may even be an F-Pace SVR built by the men and women at Jaguar Land Rover's Special Vehicle Operations. After all, Jaguar describes the F-Pace as an all-weather sports car that also happens to fit five people and their belongings.

Inside the five-seat cabin, the details are sparse but the look remains elegant. Touchscreens and digital displays factor in conspicuously; there's an 8.0-inch interface on base versions with a streamlined infotainment interface. A more capable system brings a 10-inch center screen with gesture control plus a 12.3-inch digital instrument cluster. As finishing touches, the F-Pace wears polite amounts of aluminum and wood trim and ambient lighting.