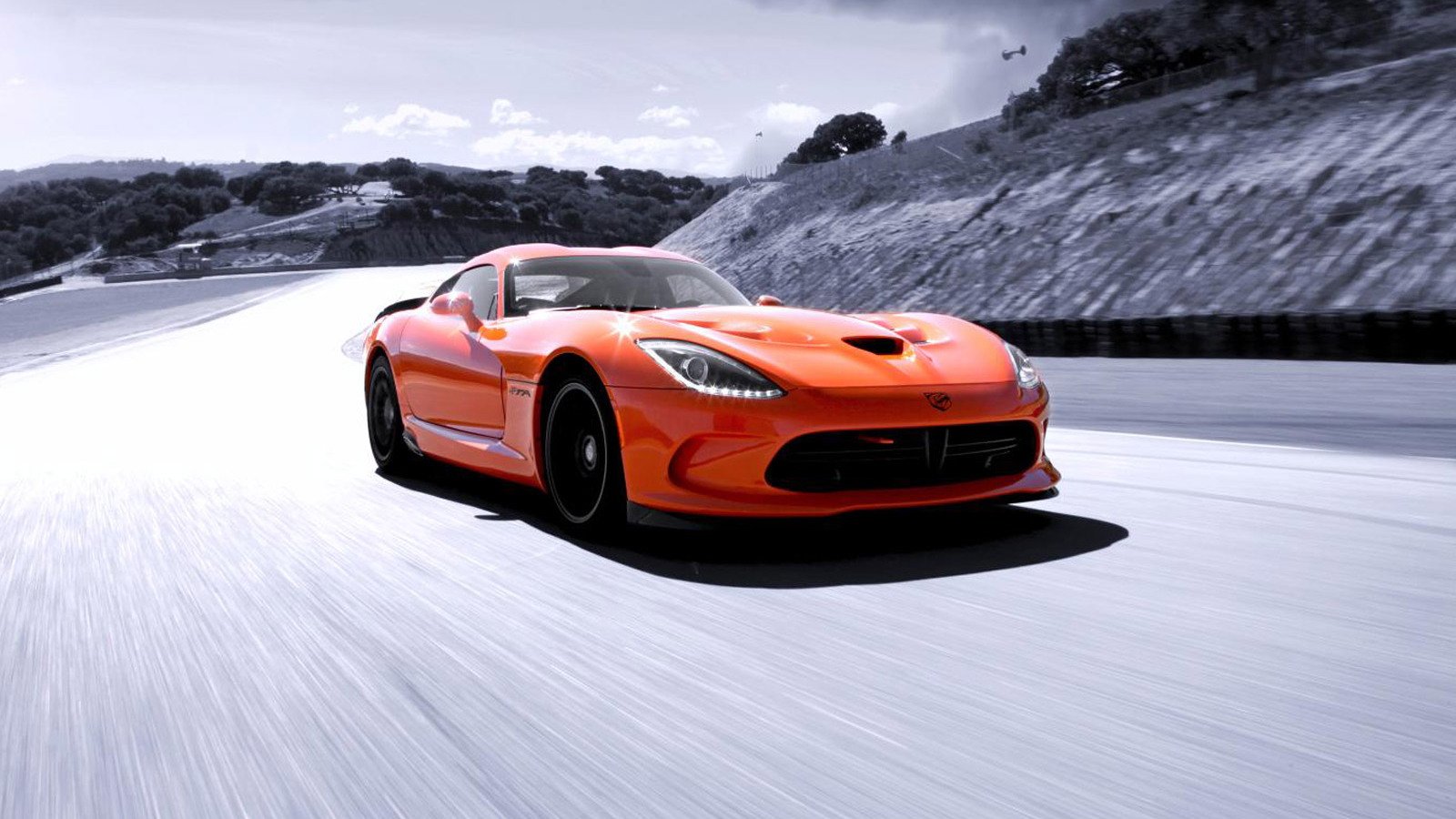 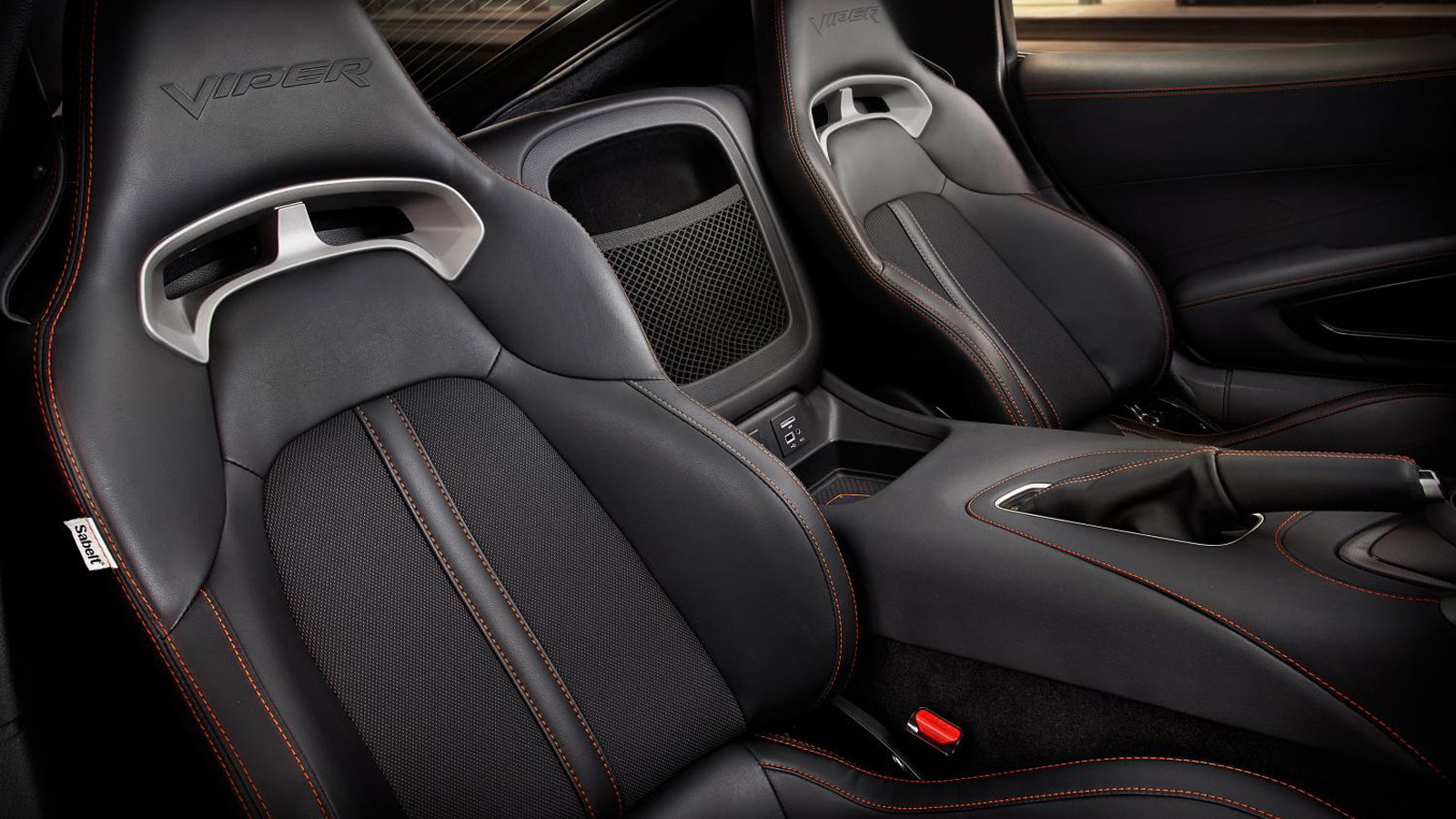 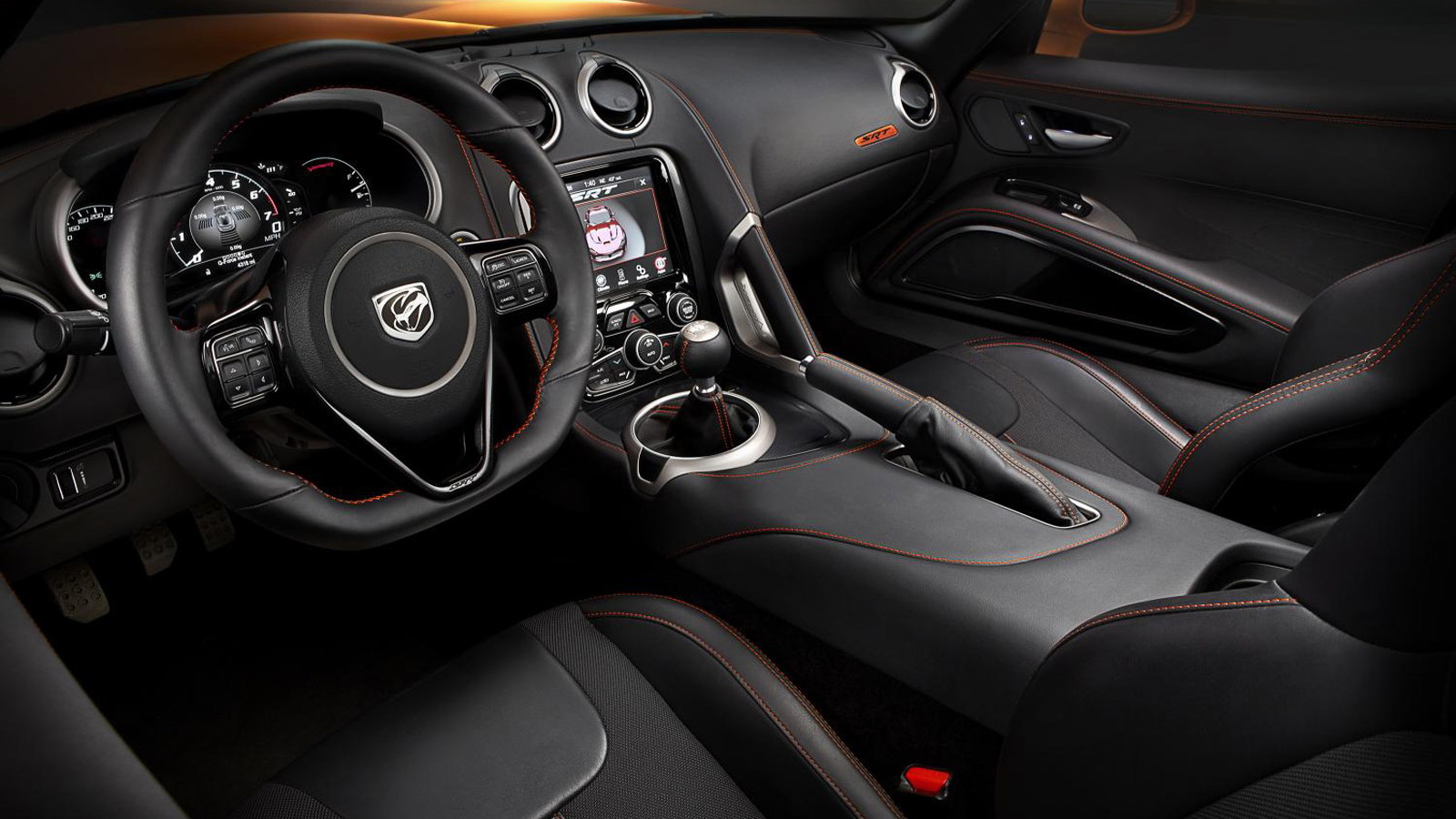 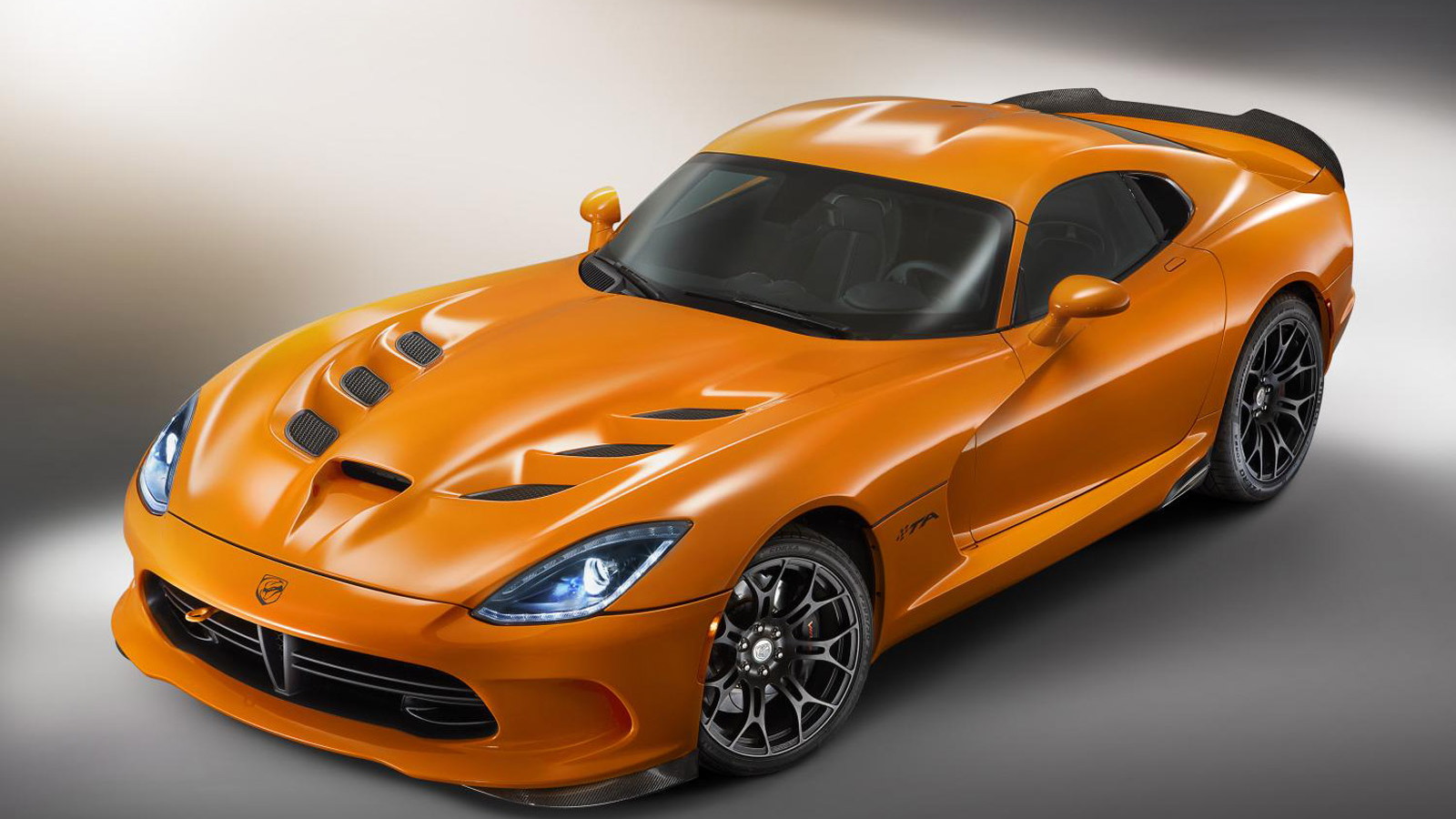 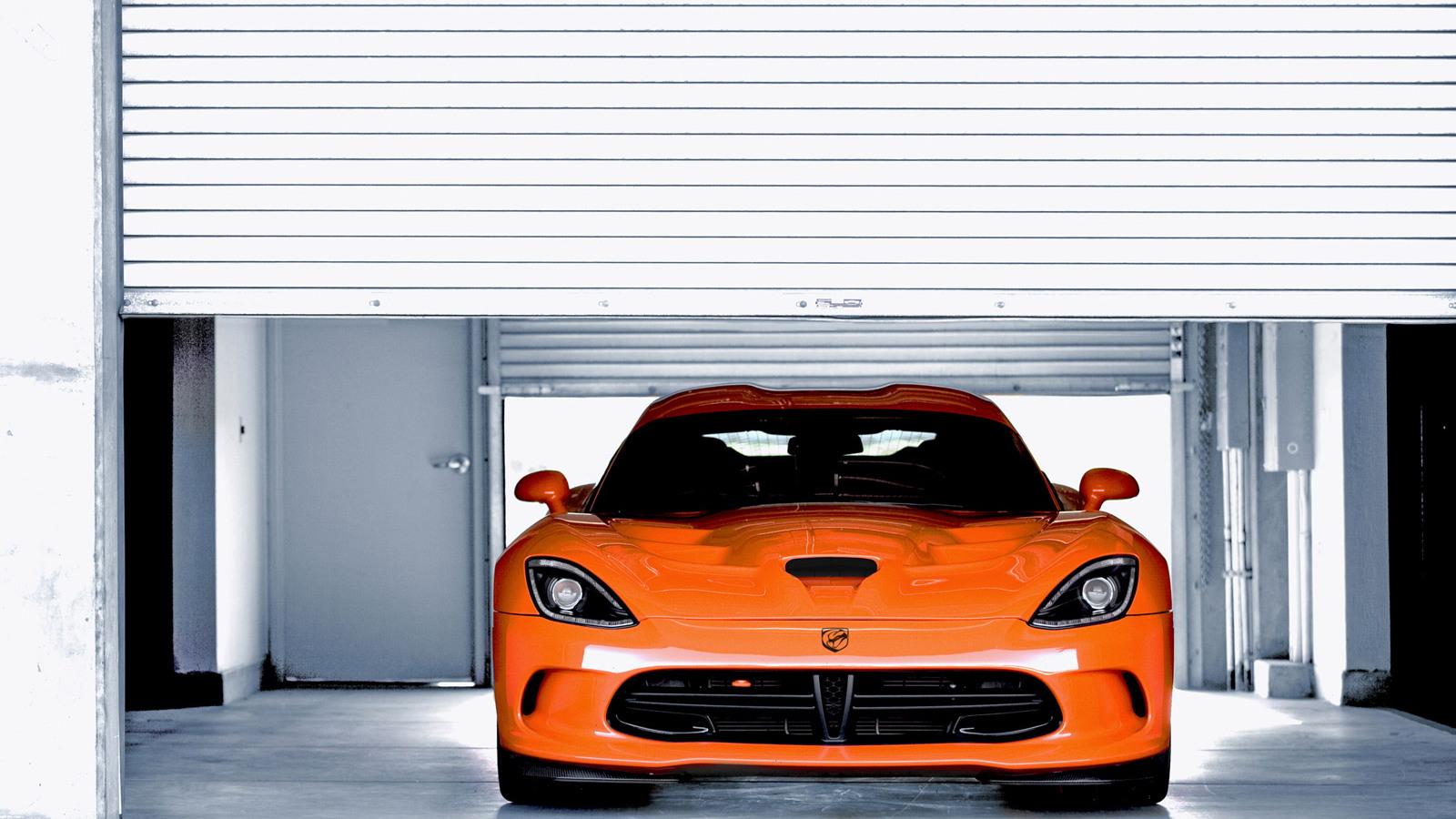 12
photos
An autocross run doesn't have to be long, or wide, to turn into a breeding ground for envy. Make it short, make it quick, whatever. Just bring out a whiteboard to document lap times.

All of the sudden, the Italian in everything and everyone comes out: Piloti, Brembo, Borgia, Machiavelli.

Then bring out the latest SRT Viper. Pretty soon, your buddies are cutting side eye at the lap times posted, making tires scream, making sure their space on the whiteboard stays near the top. Today's Viper guarantees any track day will go full-bore into competition mode in a matter of seconds.

It hasn't always been that road course must-drive. The first-gen Viper was more a cartoon come to life--much overdone, so America. As a sports car it lacked balance, but as a halo car, it was a siren, luring attention away from Chrysler's then-dire straits.

Even Ralph Gilles, who was 19 at the time, got caught in its gravity field.

"It was so crazy, it was something that came from Mars," Chrysler's head of design and SRT president says, as he preps for a pro turn at the autocross in the Viper TA, the latest edition.

Now Gilles runs SRT and is in charge of making cars like the Viper look and act awesome. And after a near-death scare, the Roger Rabbit supercar's now in full Pixar bloom as the Viper TA.

What's a TA? It's physics, a graduate course in adding mass to gain speed. TA stands for Time Attack, and doesn't net the Viper any more horsepower, but it does set it up for track days at the hands of collectors who get the 159 production copies--some of the 20 percent of Viper owners that track their cars, Chrysler says.

The 640-horsepower, 600-pound-foot Viper V-10 is still in place, and the manual shifter too. The TA's equipped like a base Viper except for the lighter, stiffer parts swapped in to ready it for racing. Two-mode Bilstein Damptronic dampers get firmer settings and a lesser gap between modes than in the Viper GTS. The springs and anti-roll bars are tuned for stiffness, more camber is dialed in for more even tire temperatures, and there's a new X-brace across the front structure made of carbon fiber. A new front splitter and rear spoiler tweak the airflow. The Brembo rotors have more swept area. The tires are Pirelli P Zero Corsas.

At 3,348 pounds, the TA package actually adds about a dozen pounds to the Viper, but uses it all for better balance--the solid roll bar, the splitters that put down nearly 300 extra pounds of downforce at 150 mph.

From there, it's mostly light cosmetics. Crusher Orange paint cloaks a black interior stitched orange (some white and black cars will be built, too). The TA rides on black Sidewinder II wheels and has black brake calipers. The springs are coated orange because excess is fine, in the right amounts.

"You don't look like a douchebag driving it," Gilles says.

Autocross runs are training wheels compared to Willow Springs, the runoff-free, unshaded and crumbly-paved track sunning itself like a lazy snake on the hills near Lancaster. It's borderline dangerous on its longest and fastest stretches, coincidentally where the Viper begins to feel alive.

Or scary. The Viper's always been a tailswinger, ready to slide at a feather on the throttle when stability control's dialed down. It's always been about engine and tires--the biggest contact patch of any car, period.

The TA? It still will do anything you tell it to. Stab the gas inexpertly, it'll rotate willingly (even gleefully). Hamhand the wheel? Same cause, same effect. But all the updating done to the current Viper shows itself here. The steering turns in with gusto, the throttle reacts more controllably.

The Viper's practically grown mature since those Roger Rabbit days, and it's a welcome touch of grey. Now it can turn a ruffian outpost like Big Willow into something more approachable. The road surface leads to a thousand rapid-fire questions--can I go in faster here, quicker there?--and they're questions best asked one at a time, but at least the answers from the car are instantaneous, waffle-free.

Better to ride along and see for yourself. Watch the video at the top here, and just try to resist scooting to the front of your seat.

Then keep this in mind.