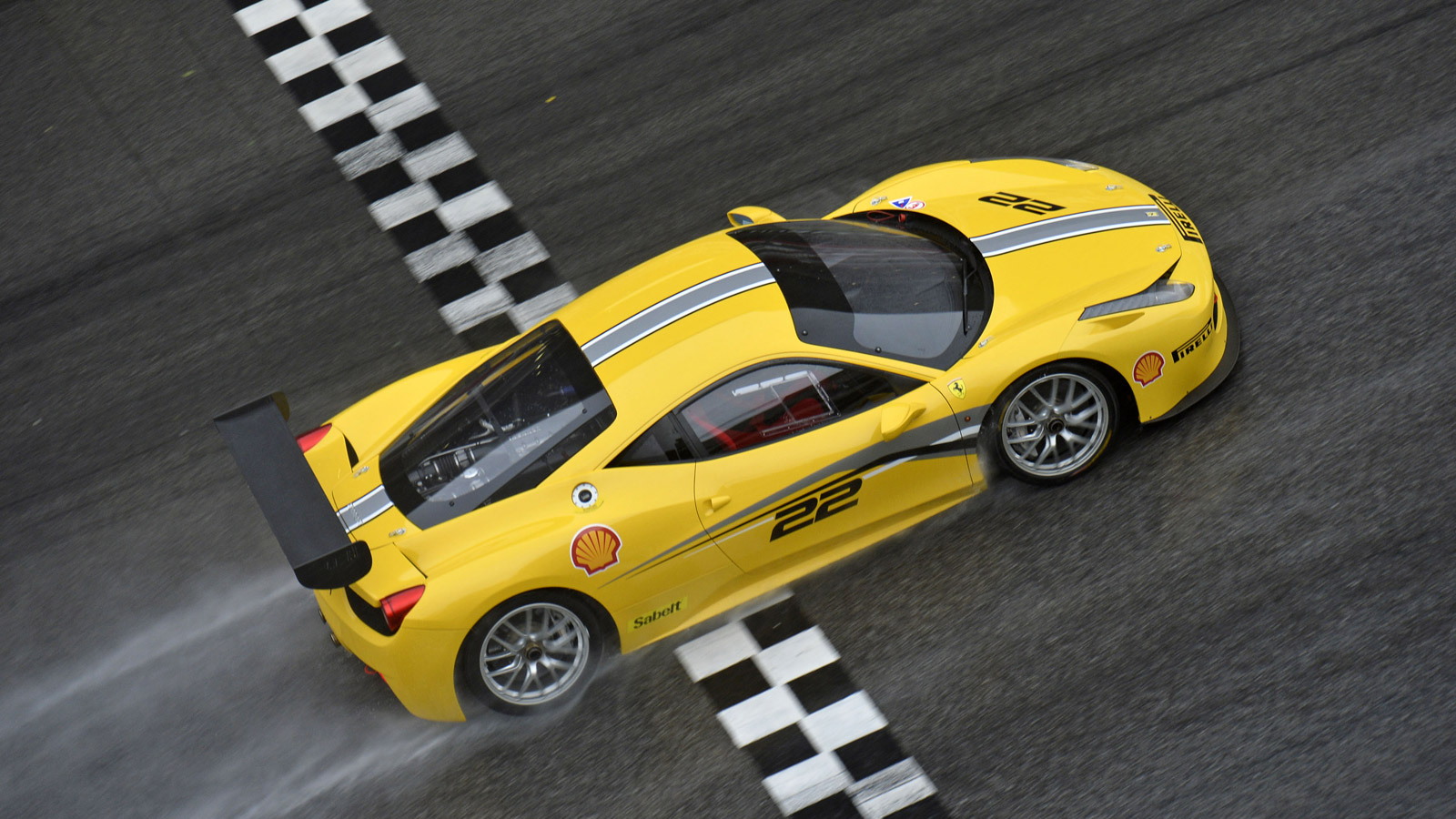 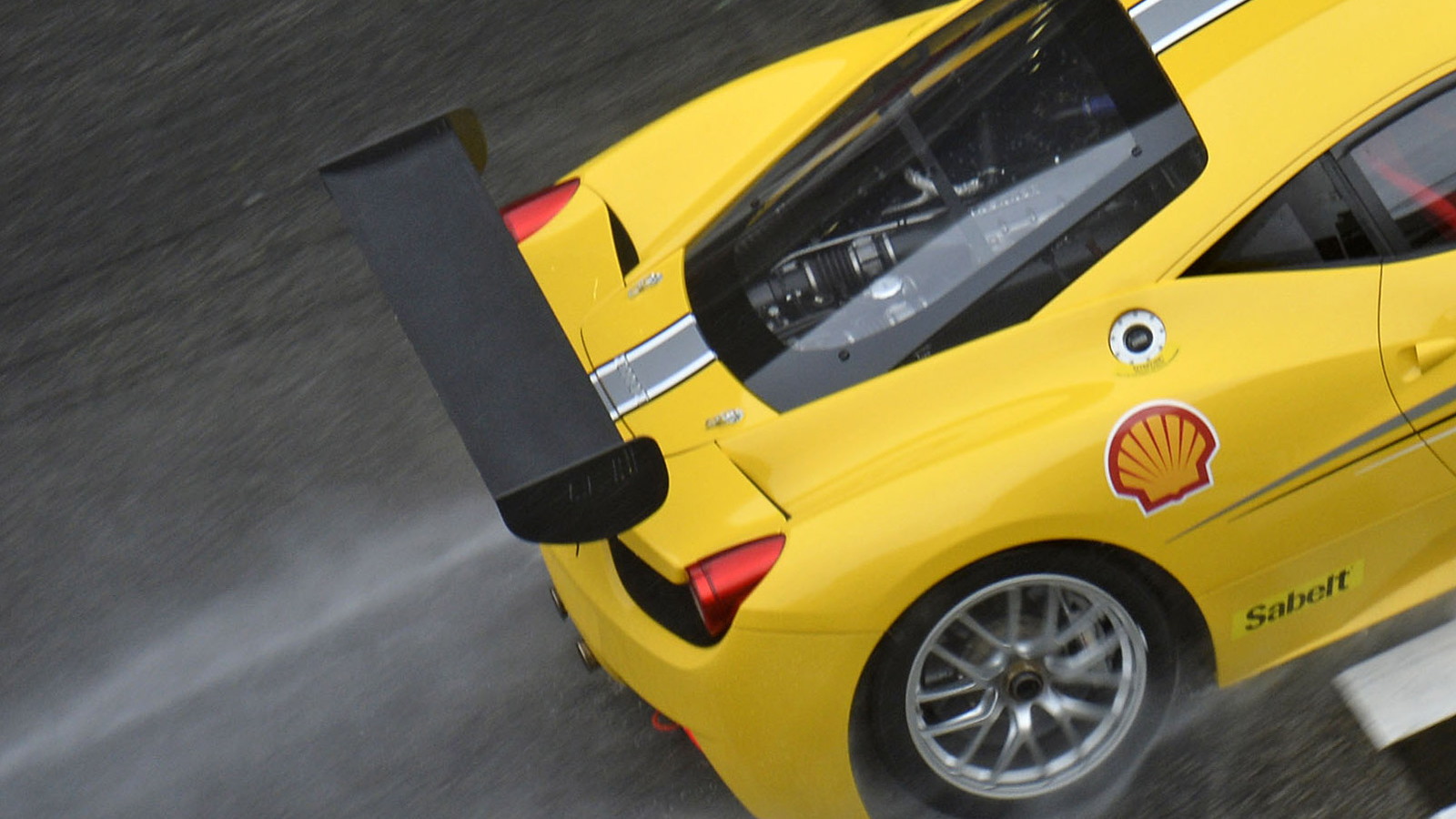 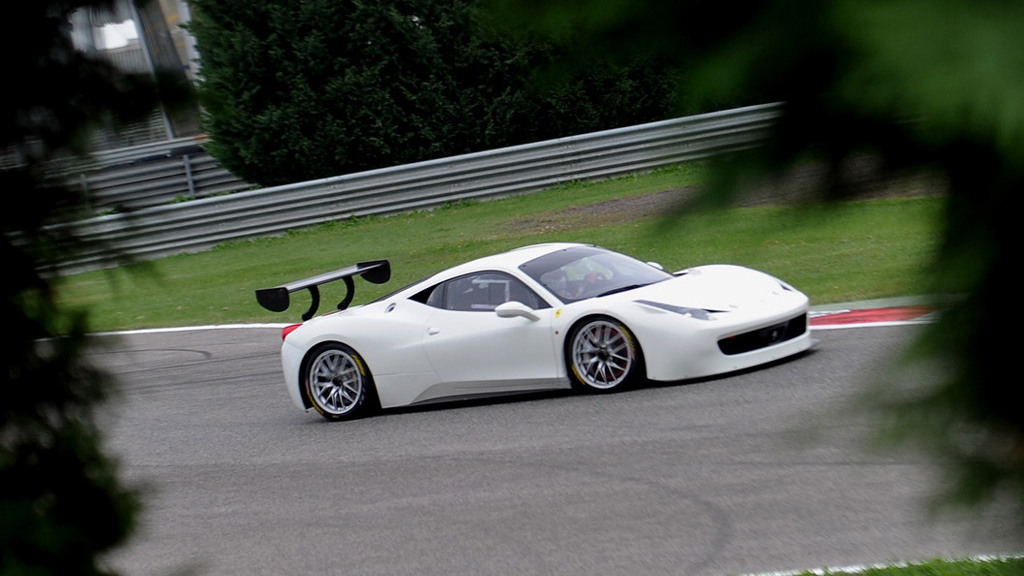 3
photos
The Ferrari Challenge, the Italian automaker’s one-make racing series for gentleman drivers and up-and-coming racers, will see the introduction of a new race car for the 2014 season. That new race car has been revealed as the Ferrari 458 Challenge Evoluzione. As its name suggests, the car is based on the current 458 Challenge, but some key modifications see the new car turn in faster lap times.

The key difference is the rear wing, which has been developed using experience gained in GT racing. The increased downforce generated by the wing, balanced at the front by work carried out to the splitter and the undertray, is said to allow drivers to extend the limits of the car, meaning higher cornering and top speeds.

Ferrari says drivers of the 458 Challenge Evoluzione can expect improved performance, both in terms of laps times and over long distances, compared to the outgoing car. Expect a Fiorano lap time less than the 1:16.5 set by the 458 Challenge back in 2010.

The car was shown to potential customers yesterday at Italy’s Mugello Circuit. The event coincided with the final race of the 2013 Ferrari Challenge, also at Mugello. Italy’s Giosue Rizzuto and Austria’s Philipp Baron took out this year’s championship.

Ferrari’s Challenge race cars are considerably lighter than their road-going equivalents, and they also benefit from unique gearbox calibration aimed at boosting acceleration. There has been no mention of an increase in engine output, which means the 458 Challenge Evoluzione’s 4.5-liter V-8 engine is likely delivering the same 562 horsepower as the current 458 Challenge and the road-going 458 Italia.