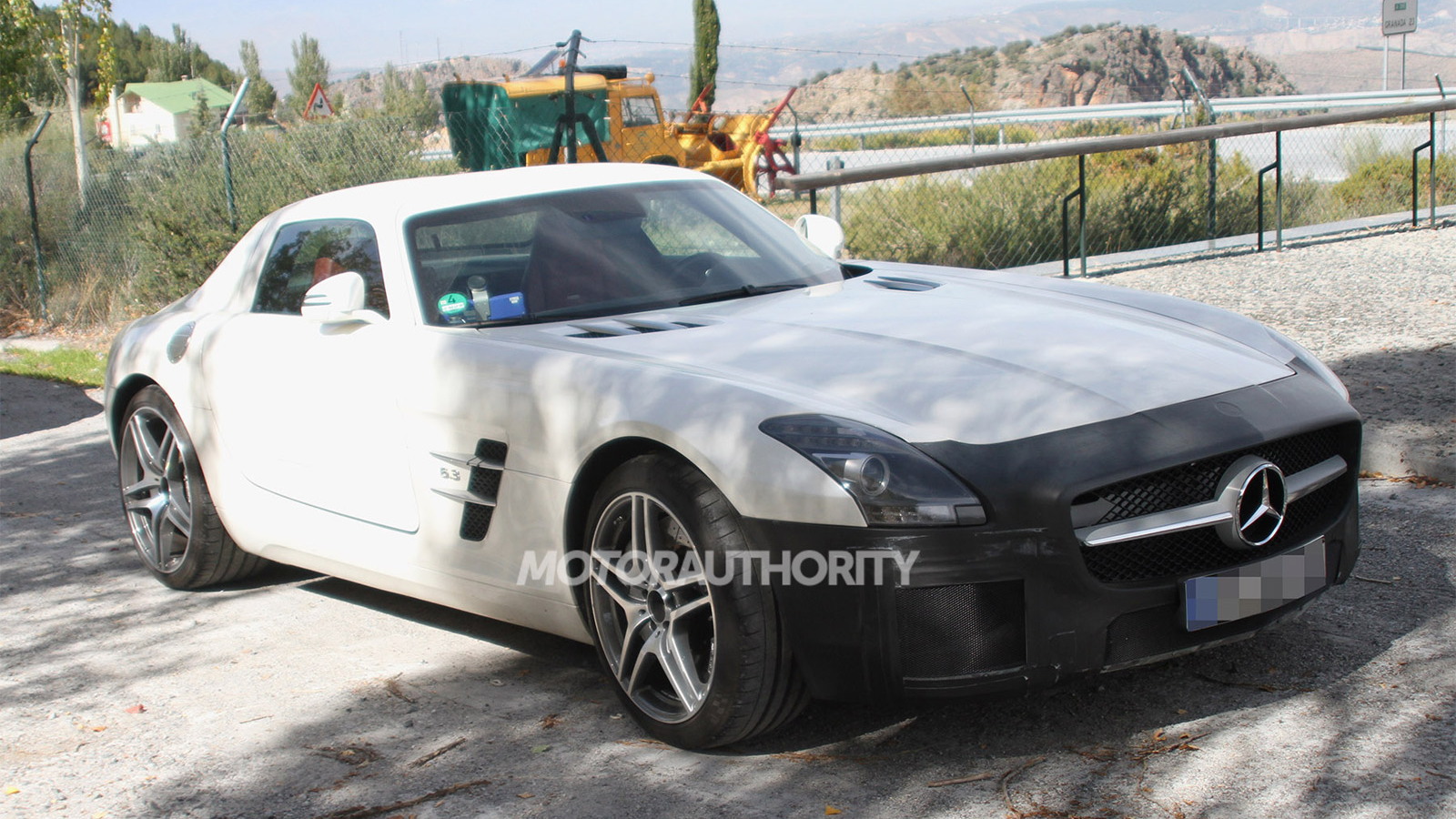 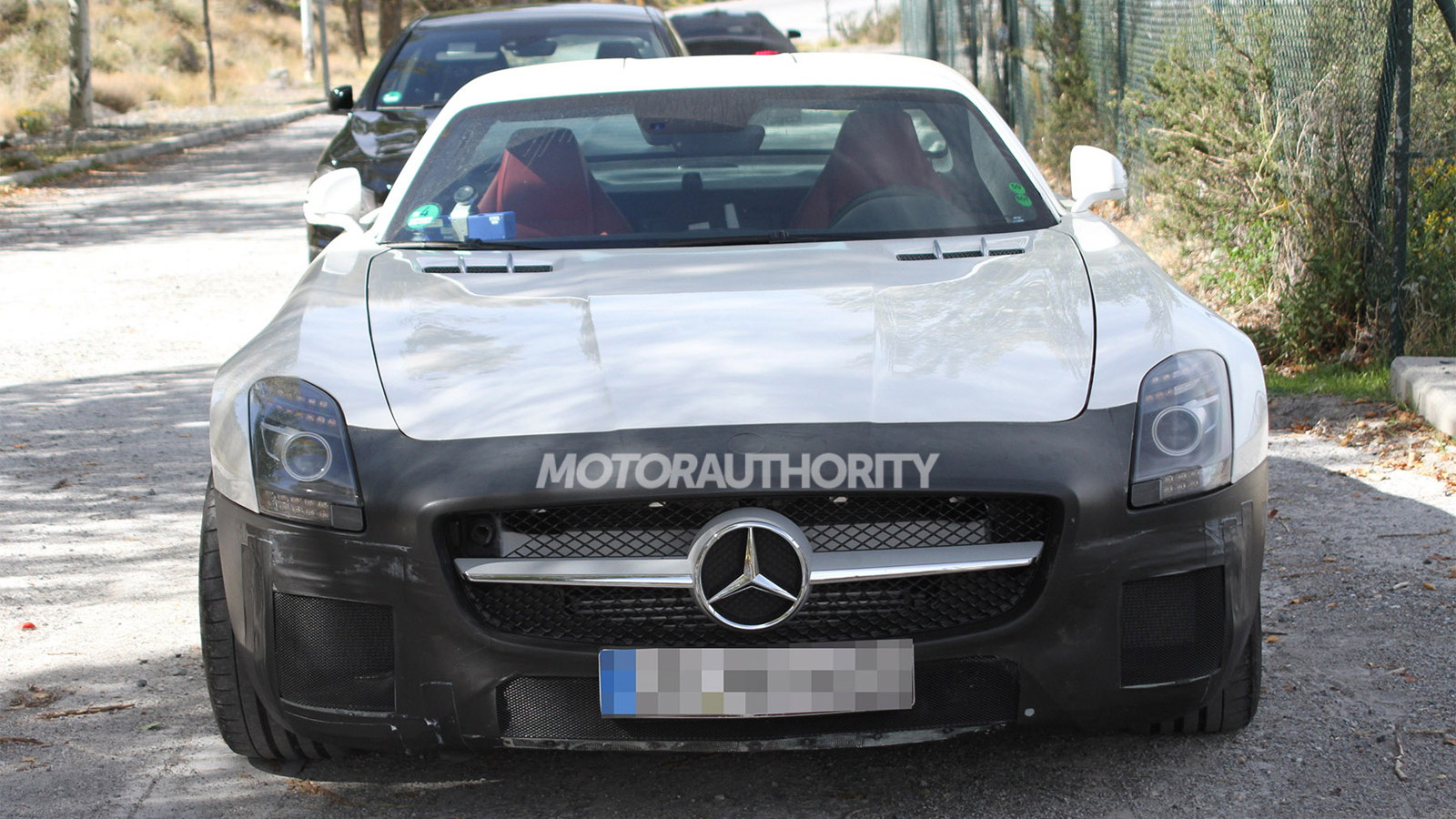 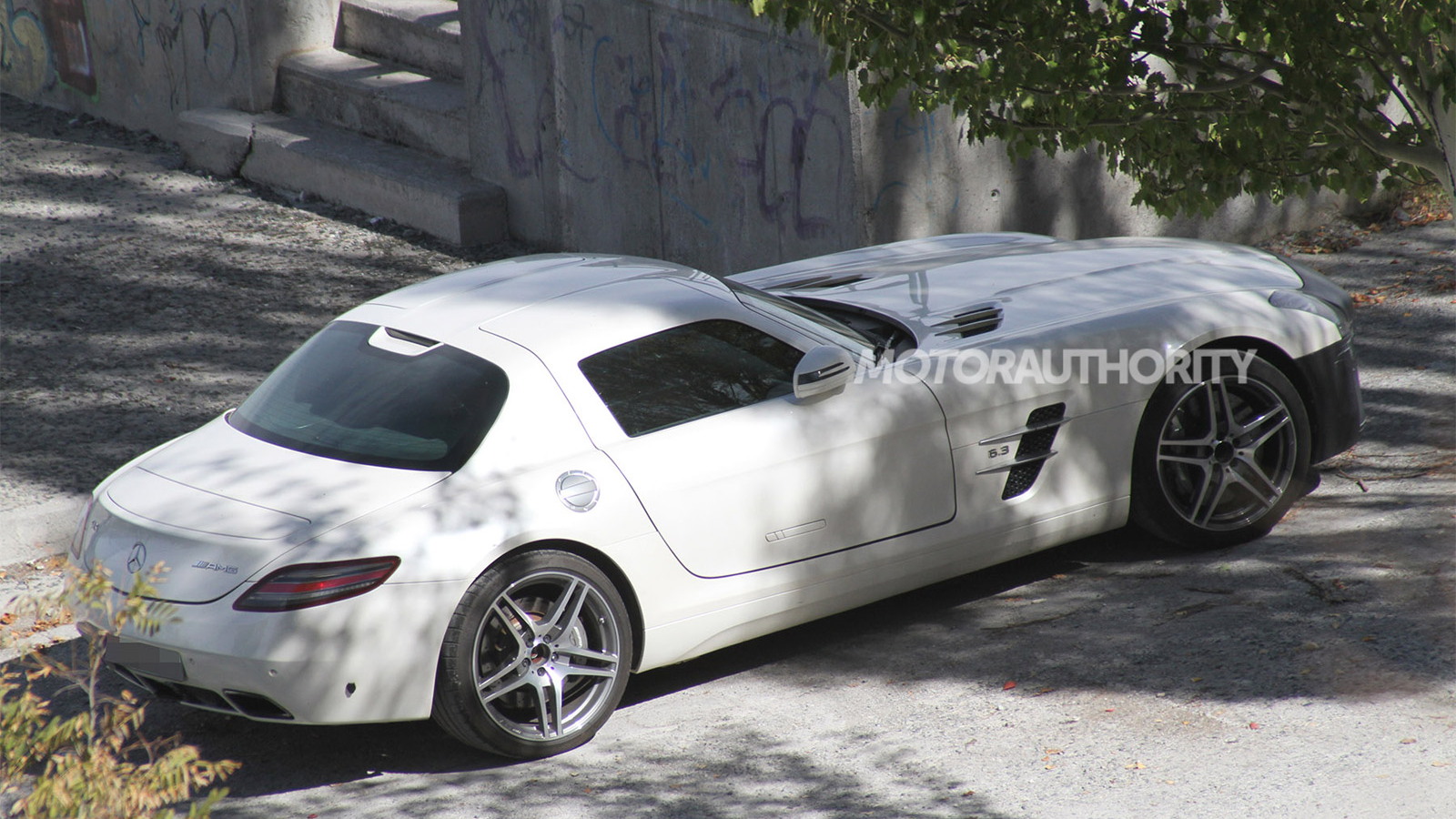 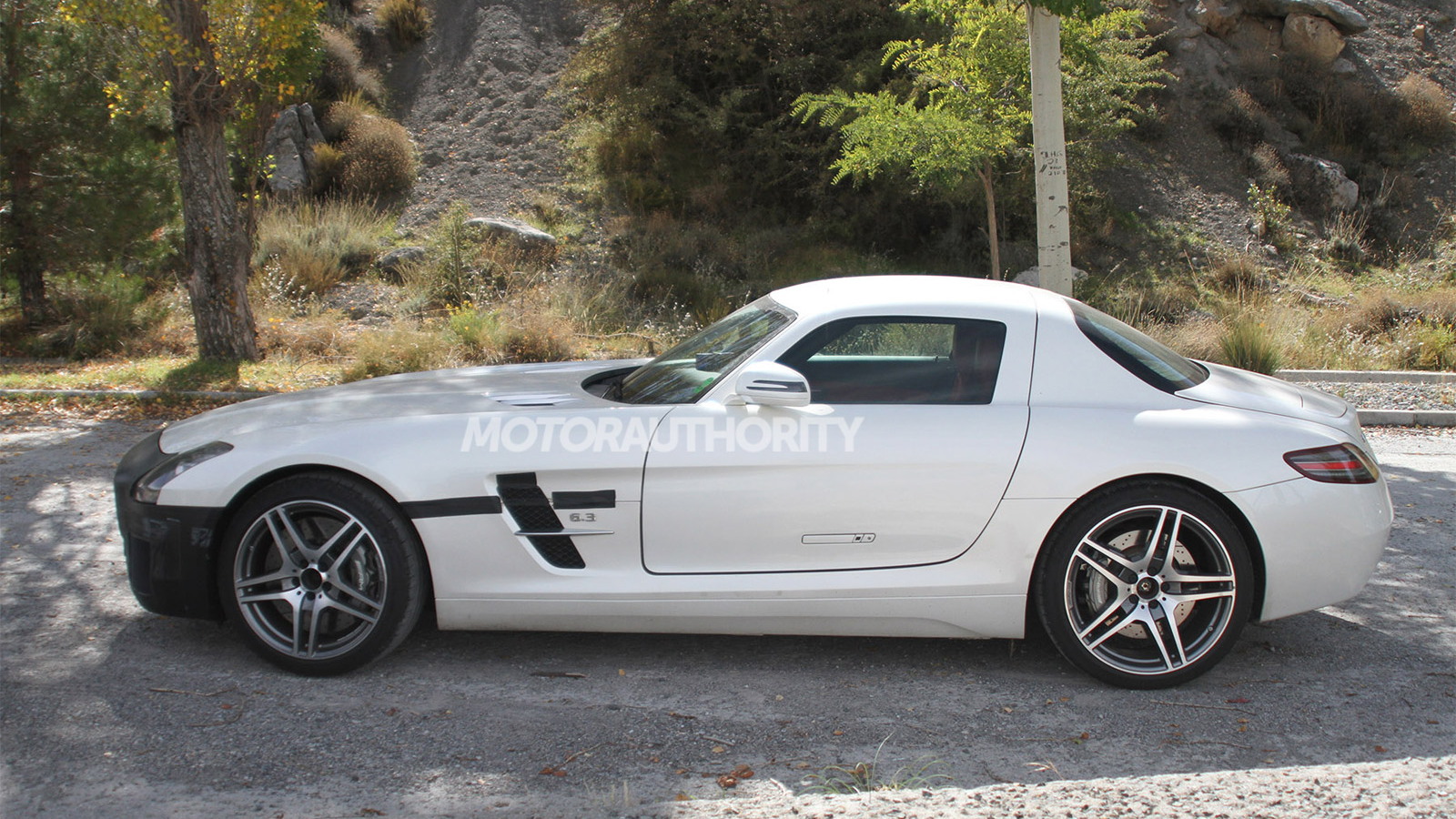 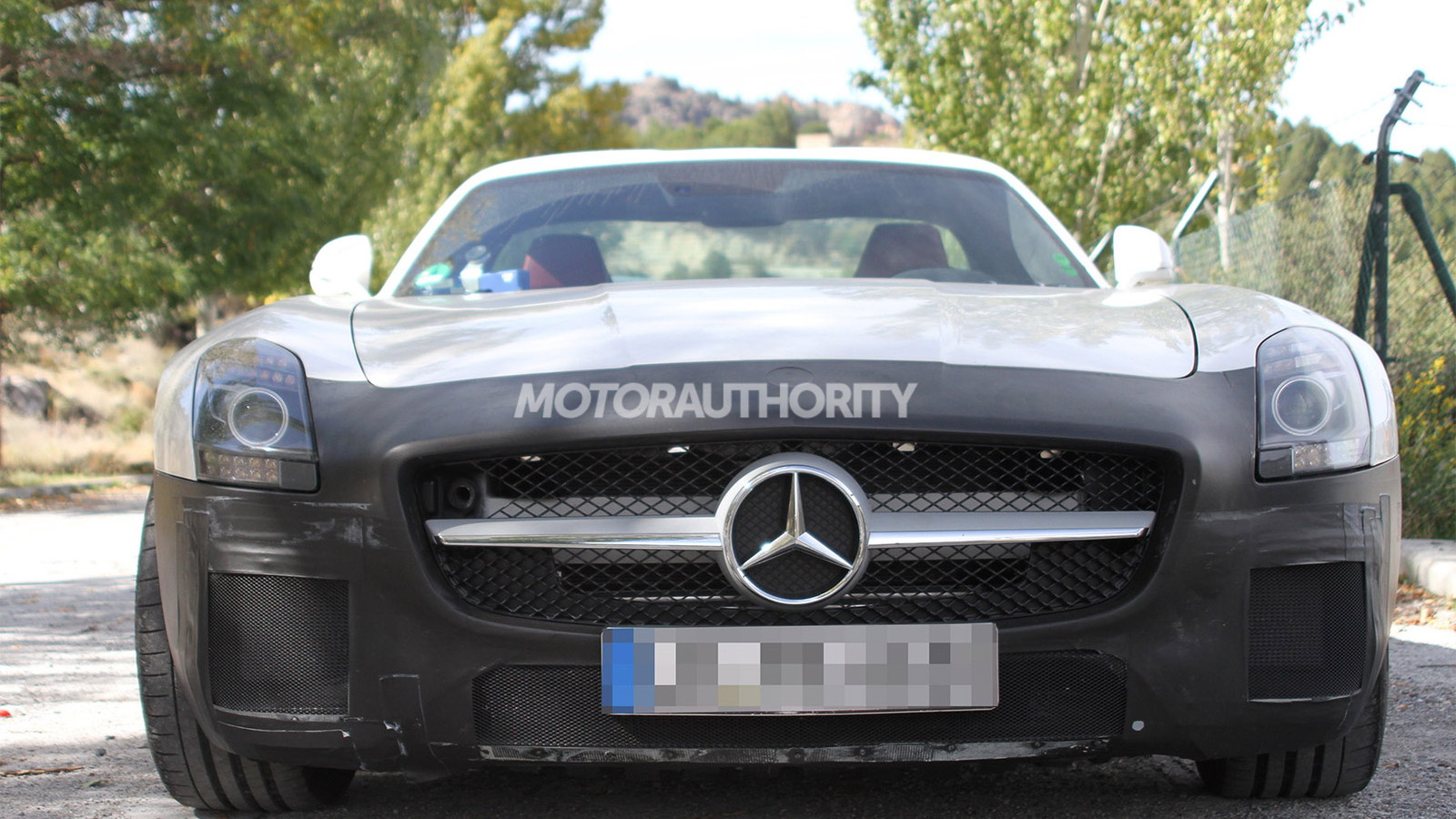 6
photos
The Mercedes-Benz SLS AMG, the spiritual successor to the 300SL gullwing of the 1950s, will bow out of the market next year, with development of a new AMG sports car already well underway. However, Mercedes-Benz was never going to let such a historically significant model drive off into the sunset without a proper send off, and these latest spy shots provide a hint of what’s planned.

SLS AMG prototypes wearing camouflage on their front bumpers and grilles have been spotted for the past several months, in both coupe and convertible form, and according to Auto Motor und Sport the prototypes are for a new ‘Final Edition’ model that’s set to be revealed later this year and due in showrooms by the summer of 2014.

It not clear what mechanical updates are planned for the car, though the enlarged intakes of the prototypes suggest increased potency. The car will join the rest of the SLS AMG gang, which includes the original SLS AMG, sportier SLS AMG GT, hardcore SLS AMG Black Series and zero-emission SLS AMG Electric Drive, and will be the last update of the line.

Fans of the big gullwing needn’t be too saddened by its departure since a direct replacement is planned, though it may be some time before we see it. In a previous interview, outgoing AMG boss Ola Källenius explained that the SLS AMG was a huge success for AMG and significantly helped in positioning the Affalterbach tuner as a standalone sports car manufacturer.

At the same time, Mercedes-Benz’s gullwing sports cars are so iconic that the automaker doesn’t want to launch a direct successor straight away. The good news is that we won’t have to wait another half century, but more likely less than a decade.