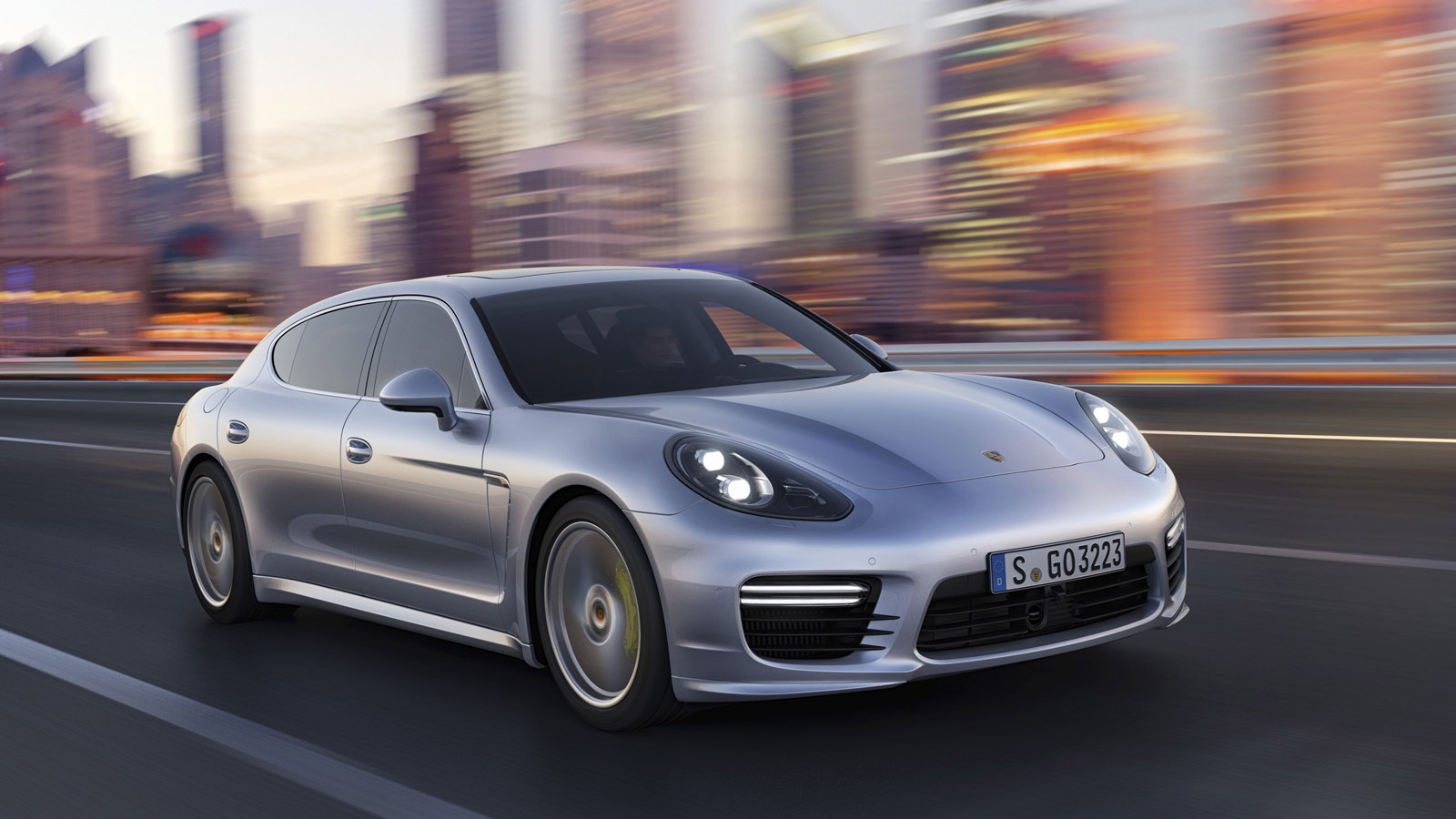 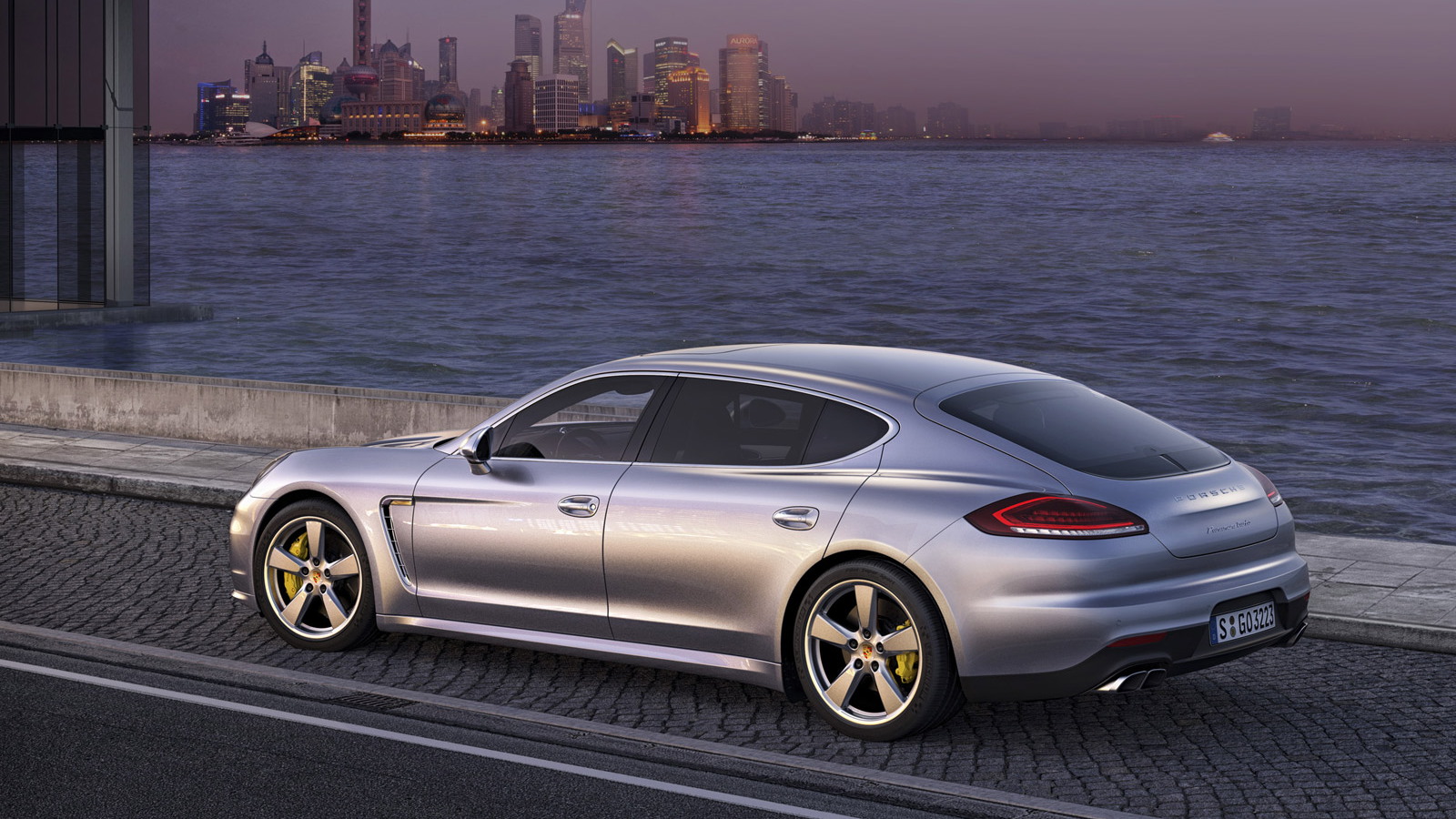 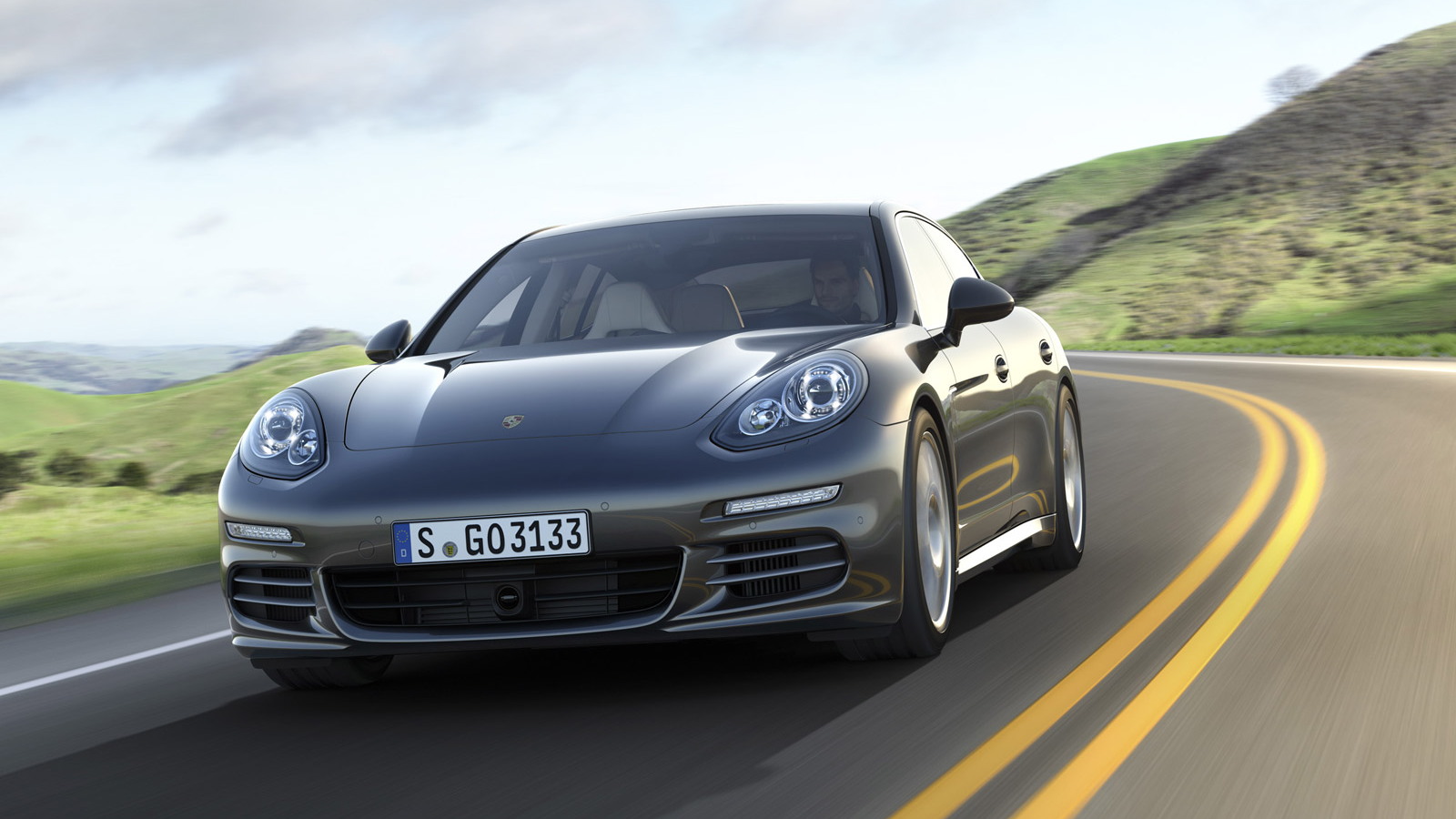 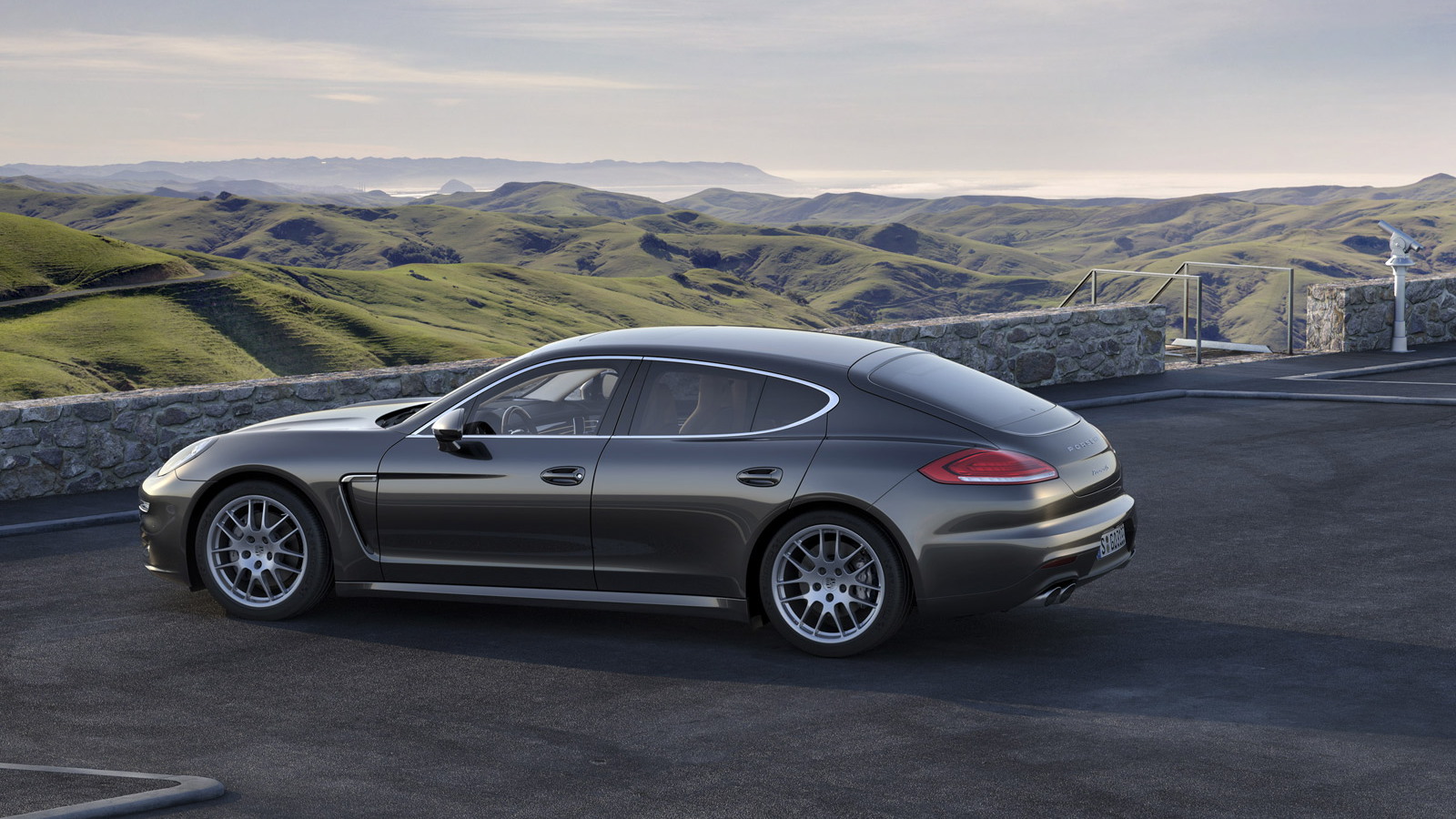 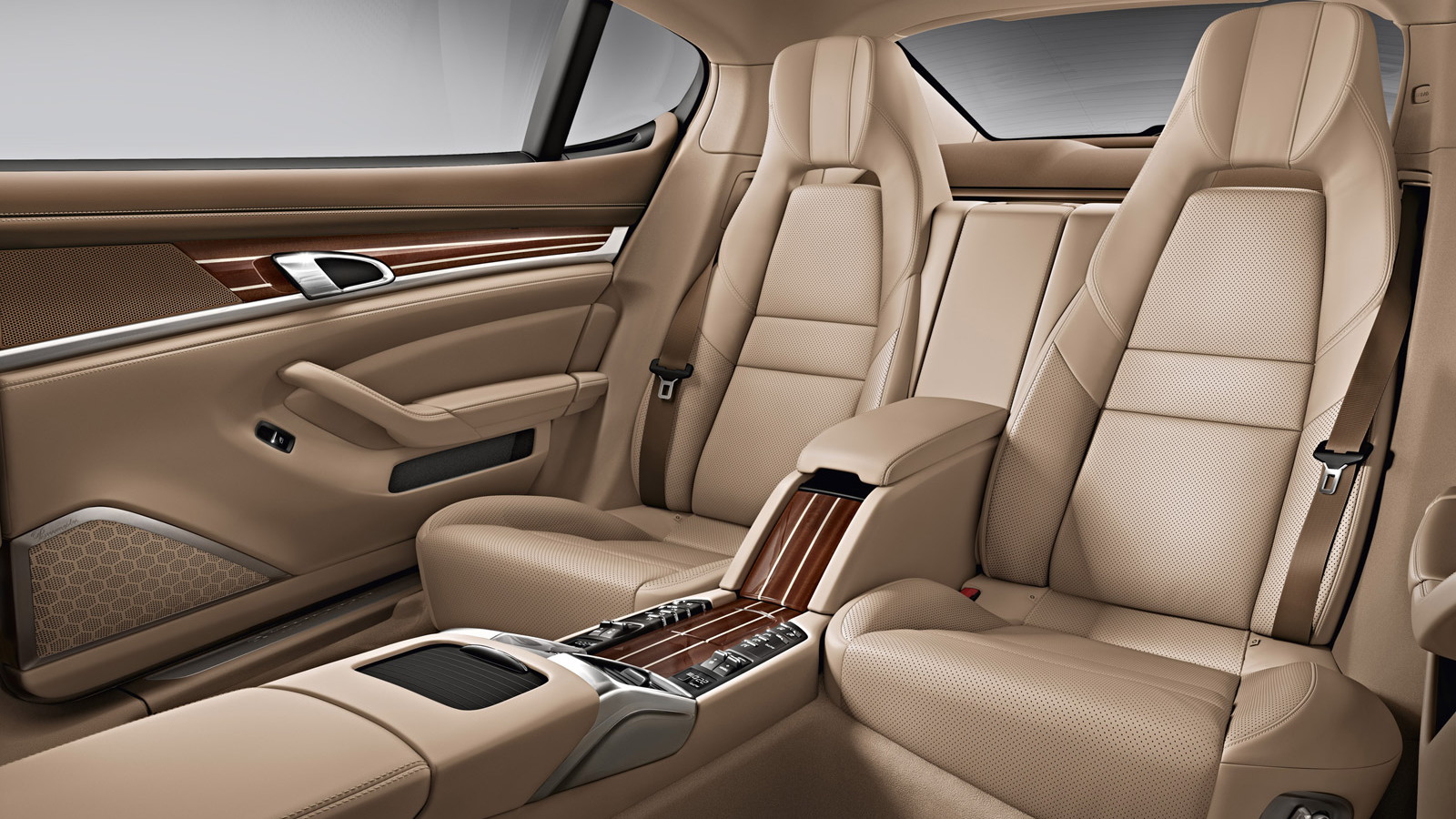 49
photos
It’s cliche to call the Panamera a four-door 911, but in truth, that’s the most accurate one-liner to peg the car’s nature. Pushed hard, very few other sport sedans really keep up—or prove so willing to run hard.

Left to the casual cruising even a 911 is more likely to do most of its life, the Panamera adds a layer of comfort, space, and refinement that even the very polished 911 can’t match. This unlikely and inimitable blend of sport, size, and sophistication is the reason the 2014 Porsche Panamera is a nominee for our Best Car To Buy 2014 award.

From the base V-6-powered Panamera to the S E-Hybrid to the driver’s-special GTS to the recently announced Turbo S, the Panamera range keeps the full driver/passenger experience at the forefront—it just ratchets up the pace, or, in the case of the S E Hybrid, the gas mileage.

The most modest of Panameras is the 3.6-liter, 310-horsepower V-6. Despite its “entry level” tag line, the base Panamera runs to 60 mph in 6.0 seconds, tops out at 160 mph, and returns up to 28 mpg on the highway. None of those are entry-level specs, but then, neither is the price, which starts at $78,100. Add all-wheel drive in the Panamera 4 and you pull one tenth of a second off the 60-mph, subtract one mile per hour in top speed, lose one mile per gallon on the highway, and add $4,700 to the price tag.

The all-wheel drive 4S hits 60 mph in just 4.6 seconds, and might just be the sweet spot of the Panamera range. Its combination of power, handling, weight, all-weather ability, and a just-under-$100,000 price tag is a symphony of balance and perspective; there’s very little the Panamera 4S won’t do very, very well. 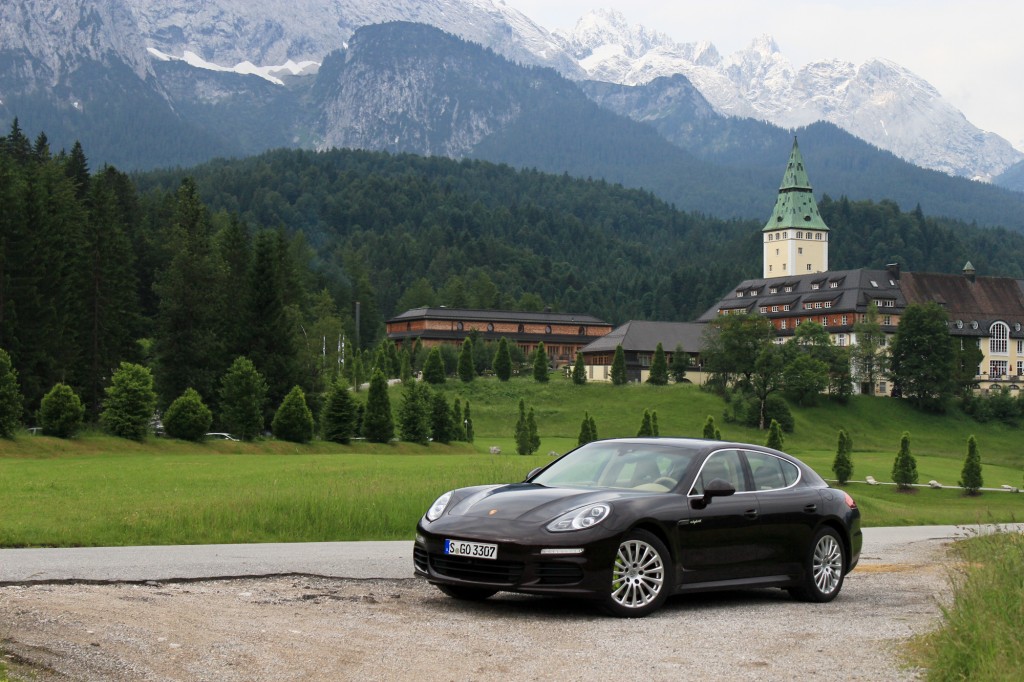 Wedged between the two standard S models is the S E-Hybrid, which pairs a supercharged 3.0-liter V-6 engine with a hybrid drive system (that can operate in all-electric mode or as a more ordinary hybrid, or as a gasoline-only conventional car). It can run on electricity alone for 18-30 miles, be plugged-in to charge, and can re-charge itself on the road. The greenest of the Panameras hasn’t been officially rated by the EPA, but Porsche thinks it should earn mid-30-mpg scores on the highway. That’s impressive enough in its own right, but all the more so when you figure in the car’s 416-horsepower combined output, 5.2-second 0-60 mph time, and 167-mph top speed.

For the driver who really wishes they could own a 911, but must yield to the realities of family life, the Panamera GTS is the purest four-door Porsche available. It’s a touch stiffer, but still smooth; it’s a fair bit rowdier, but still refined; it’s even a bit more race-inspired in its design, but still reserved. In all, it’s the enthusiast’s Panamera, and not just because it can hit 60 mph in 4.2 seconds, reach 179 mph top speed, or deliver a Porsche V-8 wail at up to 7,100 rpm. It’s also the best-driving example in the group, tuned for an experience many two-door sports cars can’t deliver.

At the top of the Panamera spectrum is the Turbo family, including the Turbo, Turbo Executive, and Turbo S. While the Turbo S is so new it’s still digital-only for most folks outside Zuffenhausen, it’s the most numerically impressive, generating 570 horsepower and 553 pound-feet of torque from its twin-turbocharged 4.8-liter V-8. Driving all four wheels, the Turbo S hits 60 mph in just 3.6 seconds and reaches 192 mph top speed. The Turbo is nothing to scoff at, however, with 520 horsepower and 3.9-second 0-60 mph runs on tap. For those who’d like to have the 911 experience from the back seat (or those with future NBA talent in the family) the Turbo Executive delivers all the sporting goods with an extra four inches of wheelbase and nearly as much extra leg room.

Throughout the Panamera range, the standard equipment is immersive and luxurious; the options sheets can nearly double the price of the car if you’d like to move toward truly opulent. This flexibility, exhibited also in the vast array of variants available, makes the 2014 Porsche Panamera one of the most impressive four-door luxury/performance cars on the road today—and puts it solidly in the running for our Best Car To Buy award.

Look for more about each of our Best Car To Buy nominees this week, and mark your calendar for November 12 when we’ll reveal the winner.