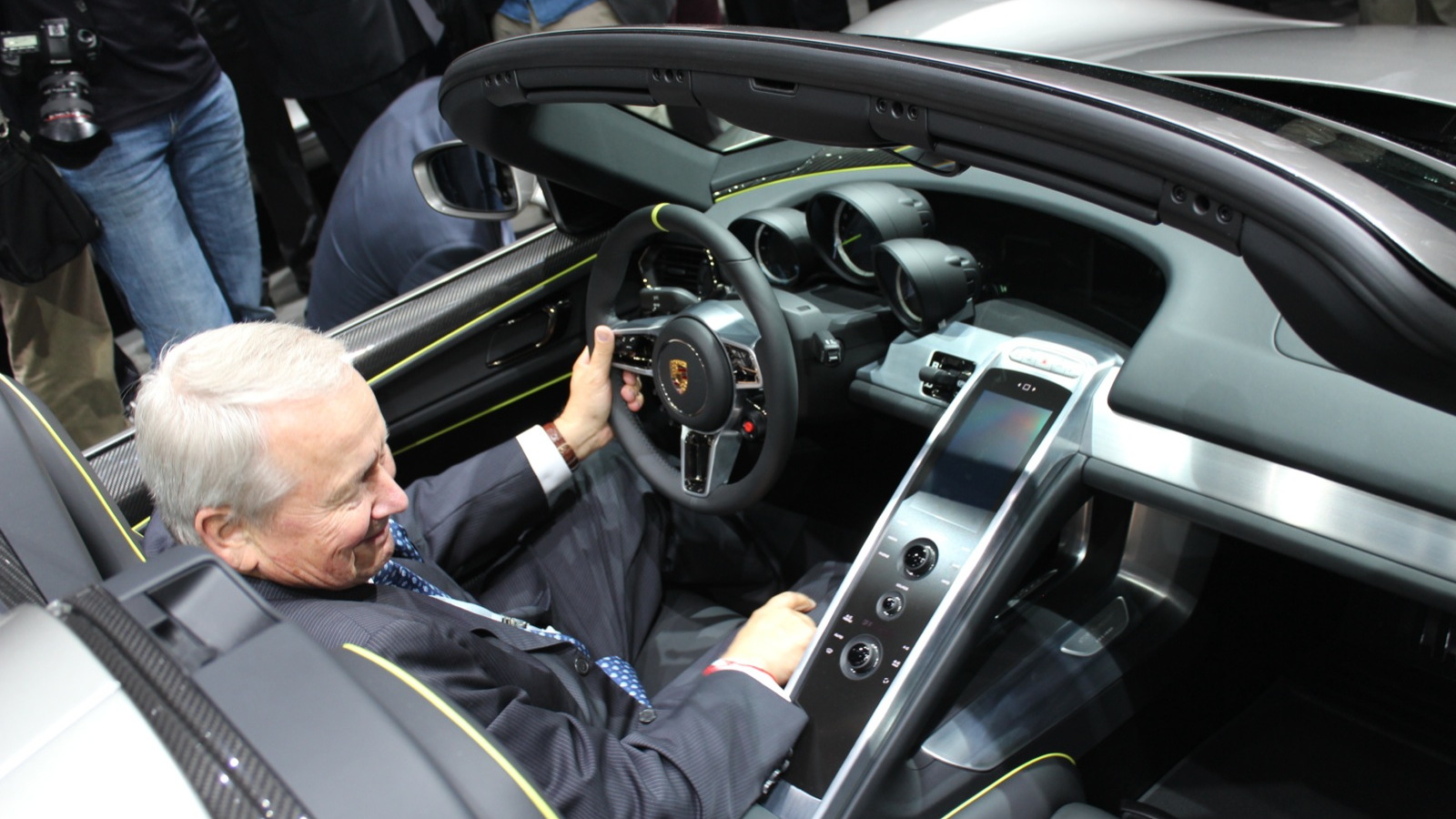 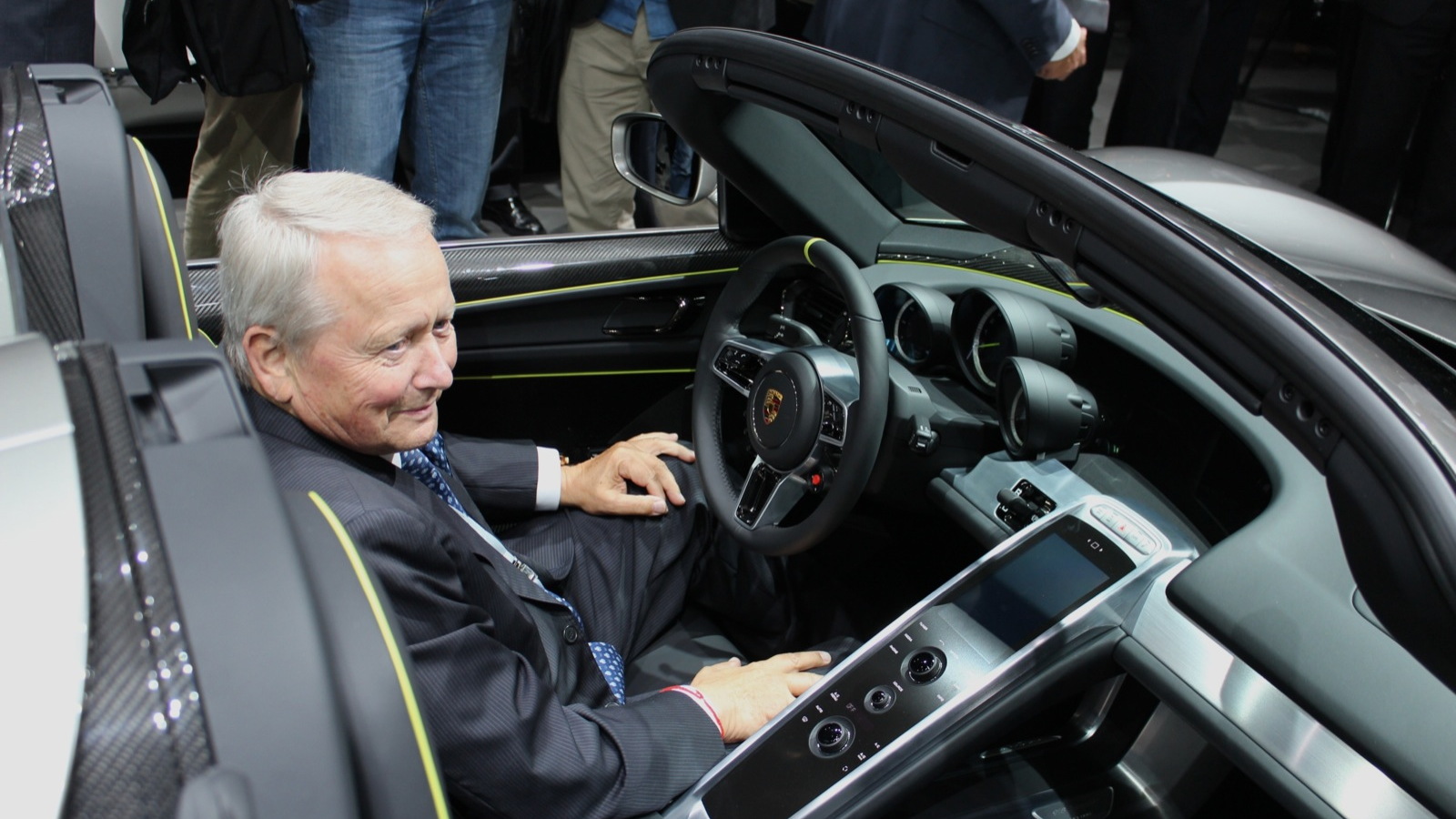 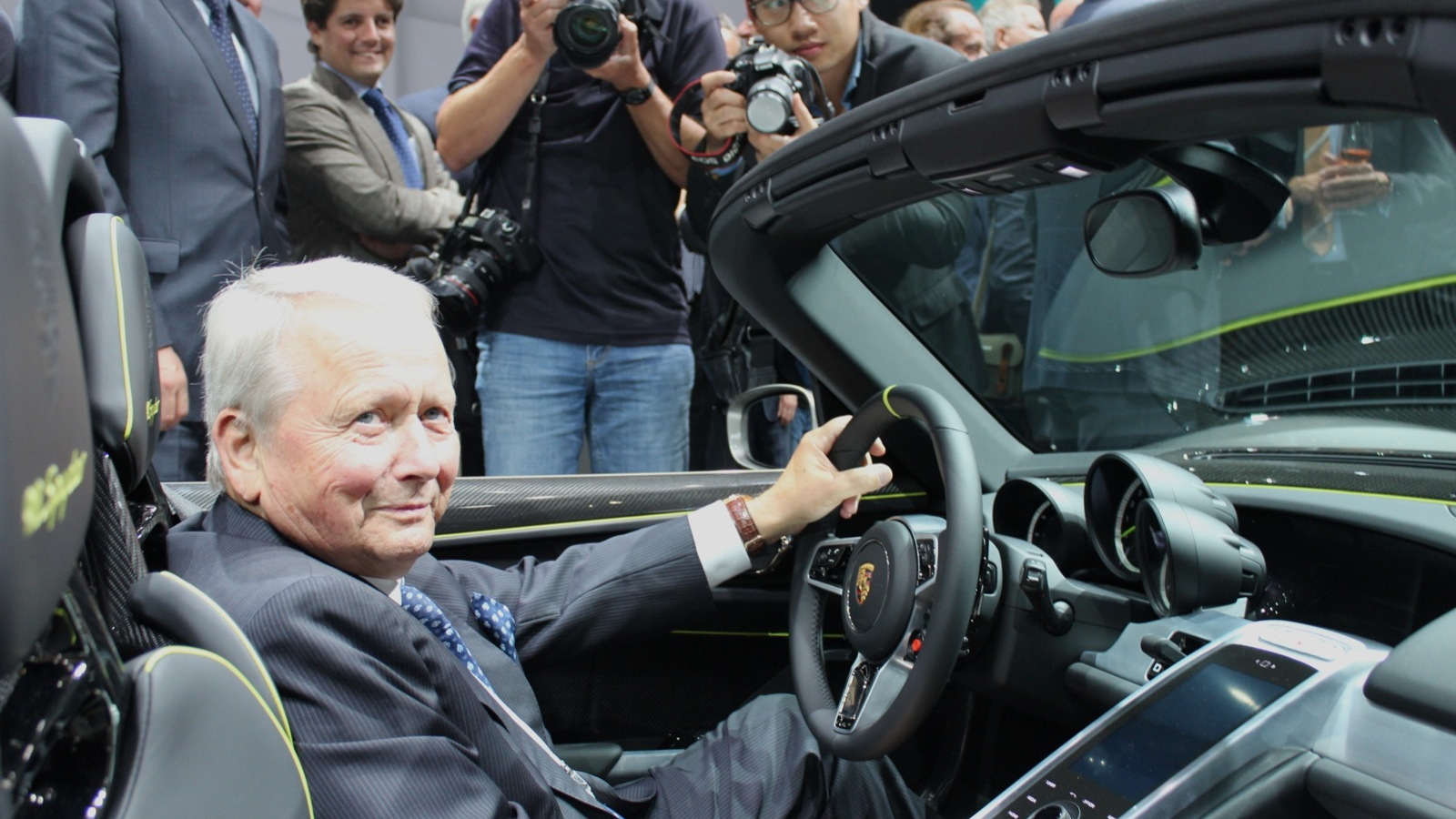 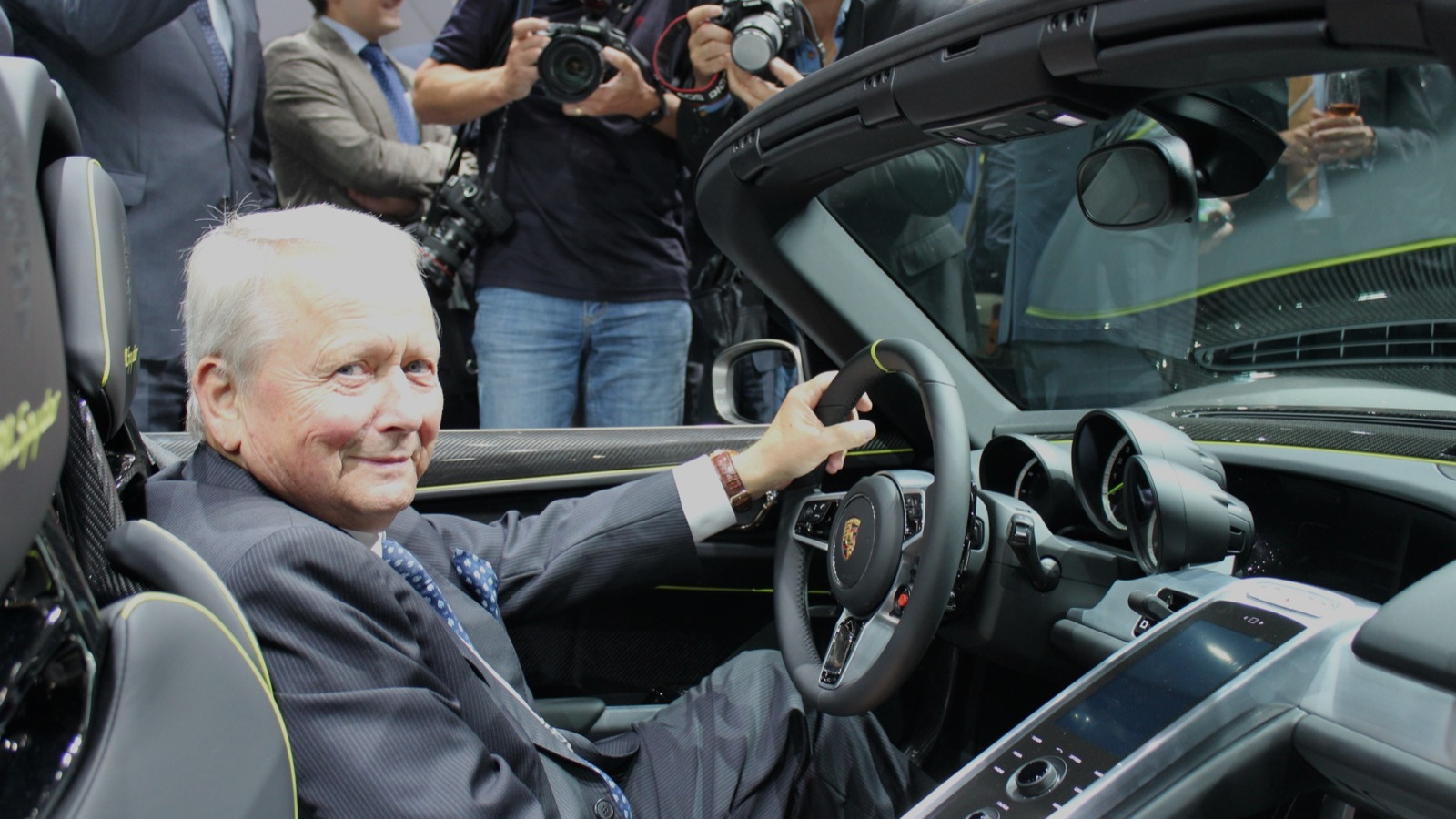 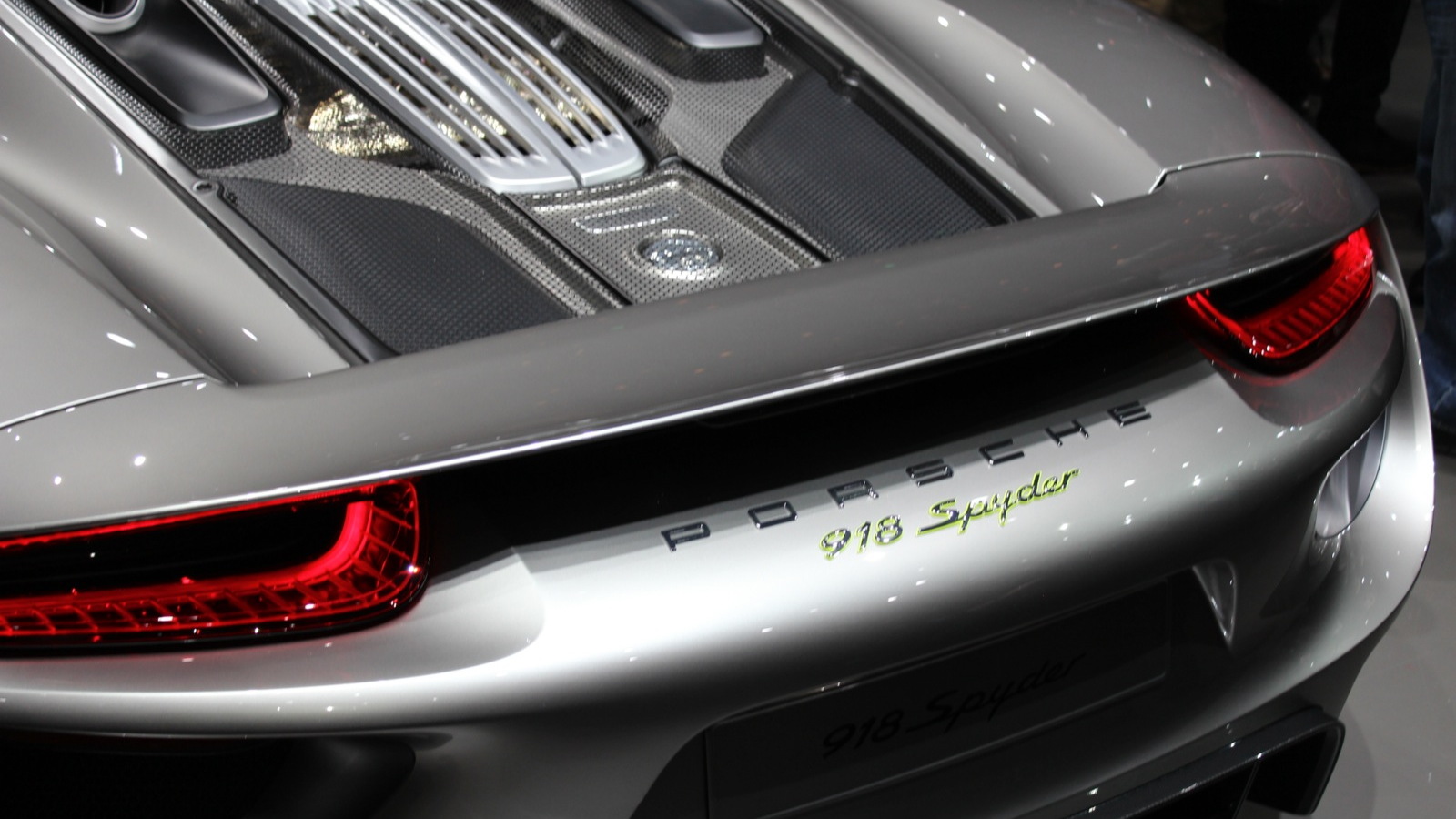 11
photos
On the eve of the Frankfurt Auto Show, Dr. Wolfgang Porsche, the grandson of company founder Ferdinand Porsche sat briefly to pose in what’s perhaps one of the proudest achievements for the company yet—and certainly the most advanced Porsche street cars ever produced: the Porsche 918 Spyder.

Porsche didn't say anything more about the car as he sat in the driver's seat; although his grins acted as a sort of endorsement for this technology flagship, which Volkswagen AG Chairman Dr. Martin Winterkorn has just described as “a beacon blazing the trail for future Porsches.”

The Porsche 918 Spyder, as it makes its official production debut this week at the 2013 Frankfurt Auto Show, packs a 4.6-liter V-8 that works together with a pair of electric motors (one front, one rear) and seven-speed dual-clutch PDK gearbox, to deliver a grand total of up to 887 horsepower and 940 pound-feet of torque.

In five different modes, it can move gently on battery power alone (for up to 16 miles), but it also has a full Race mode that pushes the its performance to numbers such as 2.8 seconds to 60 mph, or just 23 seconds to 186 mph.

The 918 Spyder takes full advantage of electrification development at the VW Group, which shares technology across its brands.

It made a ‘soft’ bow on the Monterey Peninsula this past month. And yes, Jay Leno has driven a 918 Spyder.

What do you think? Does Wolfgang have good reason to be smiling? Is the 918 a big turning point for Porsche?