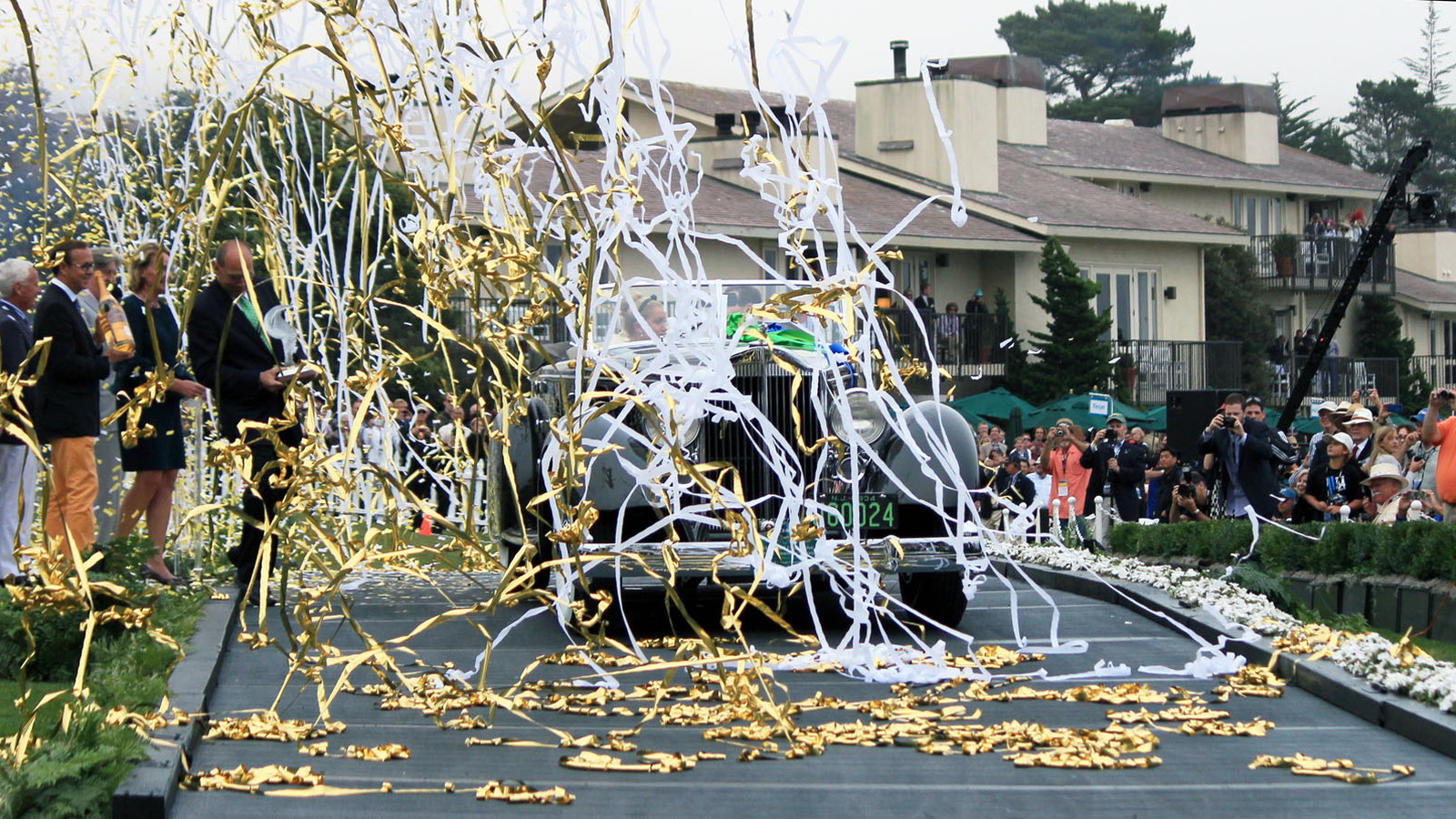 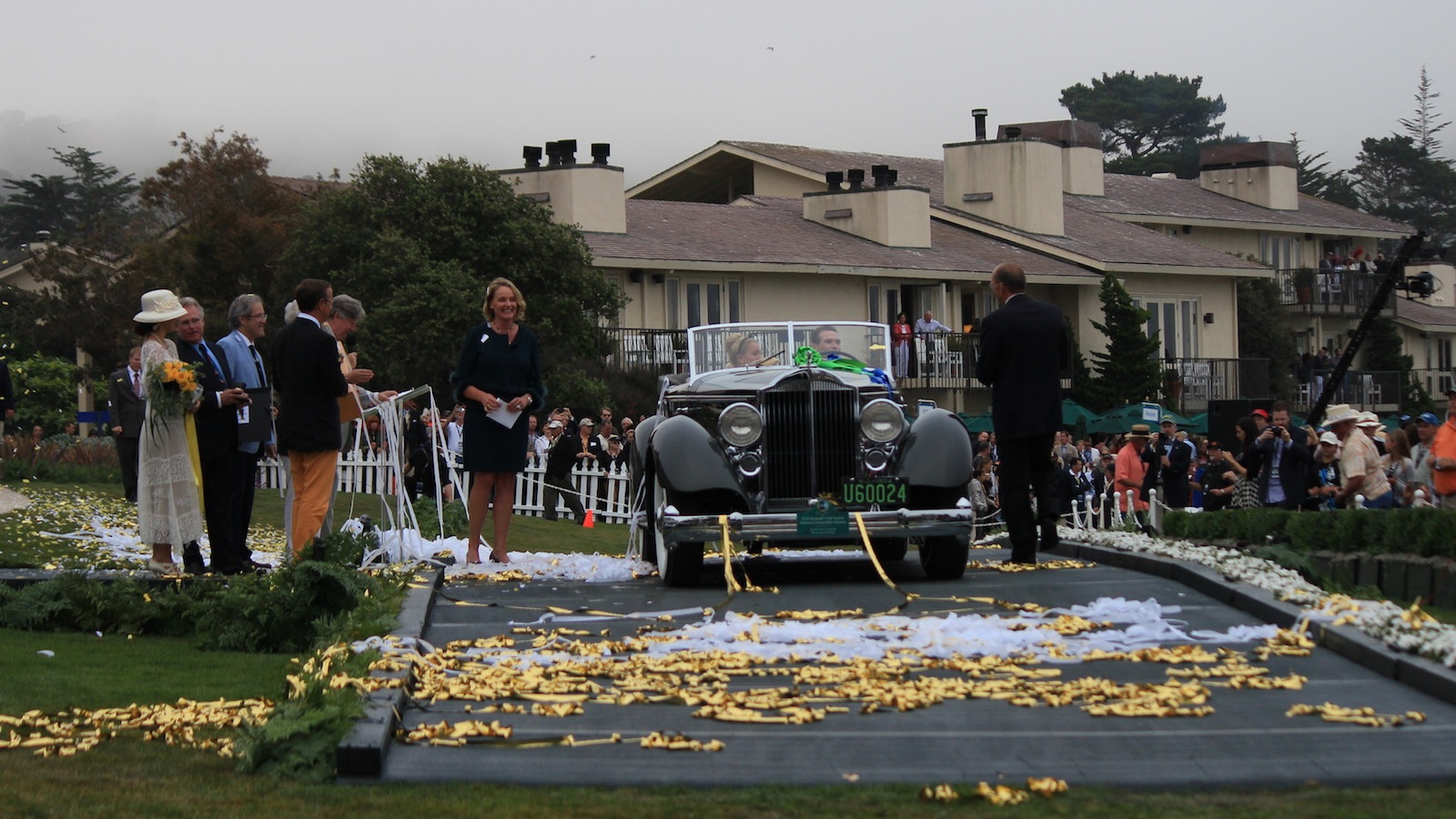 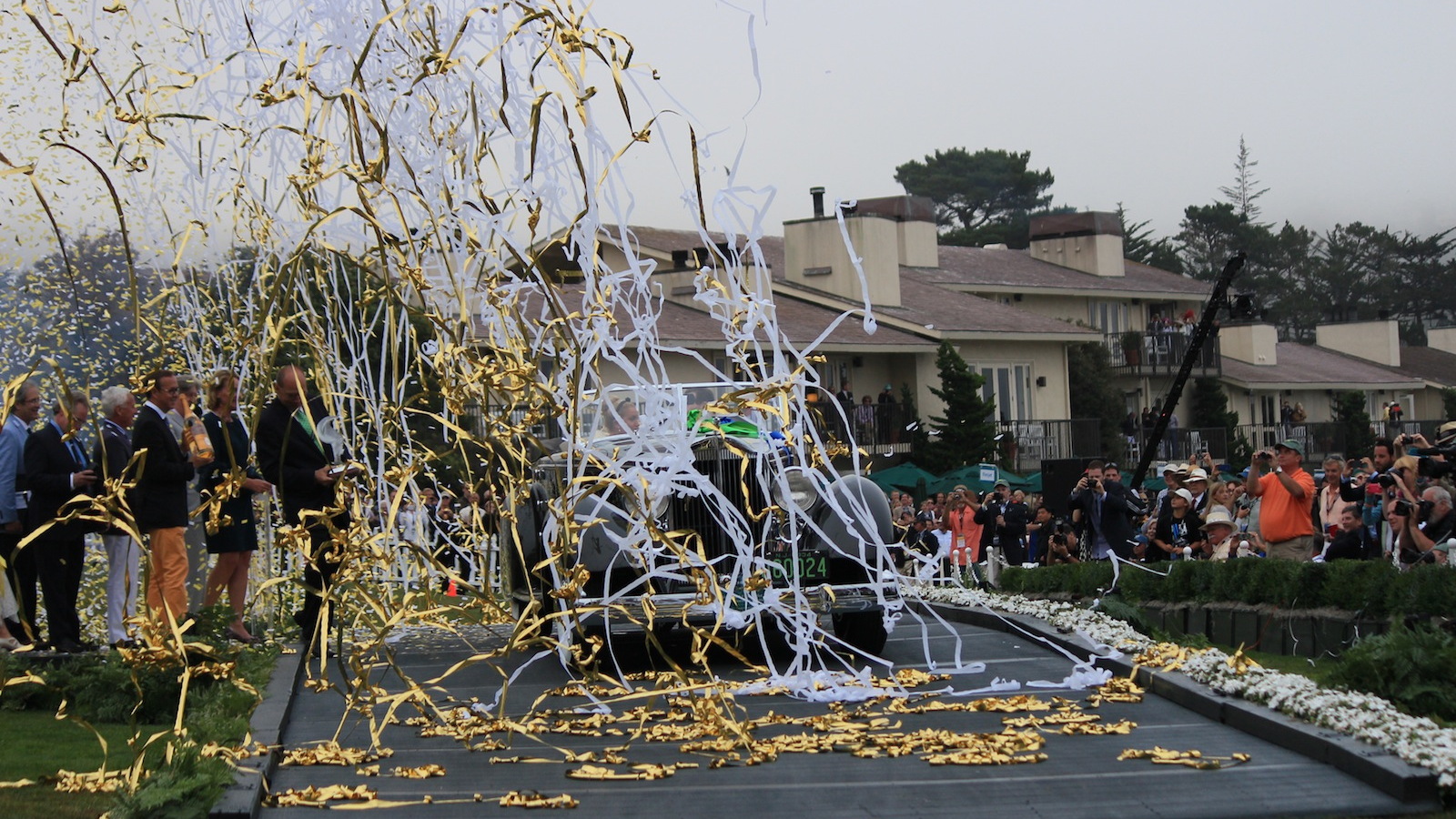 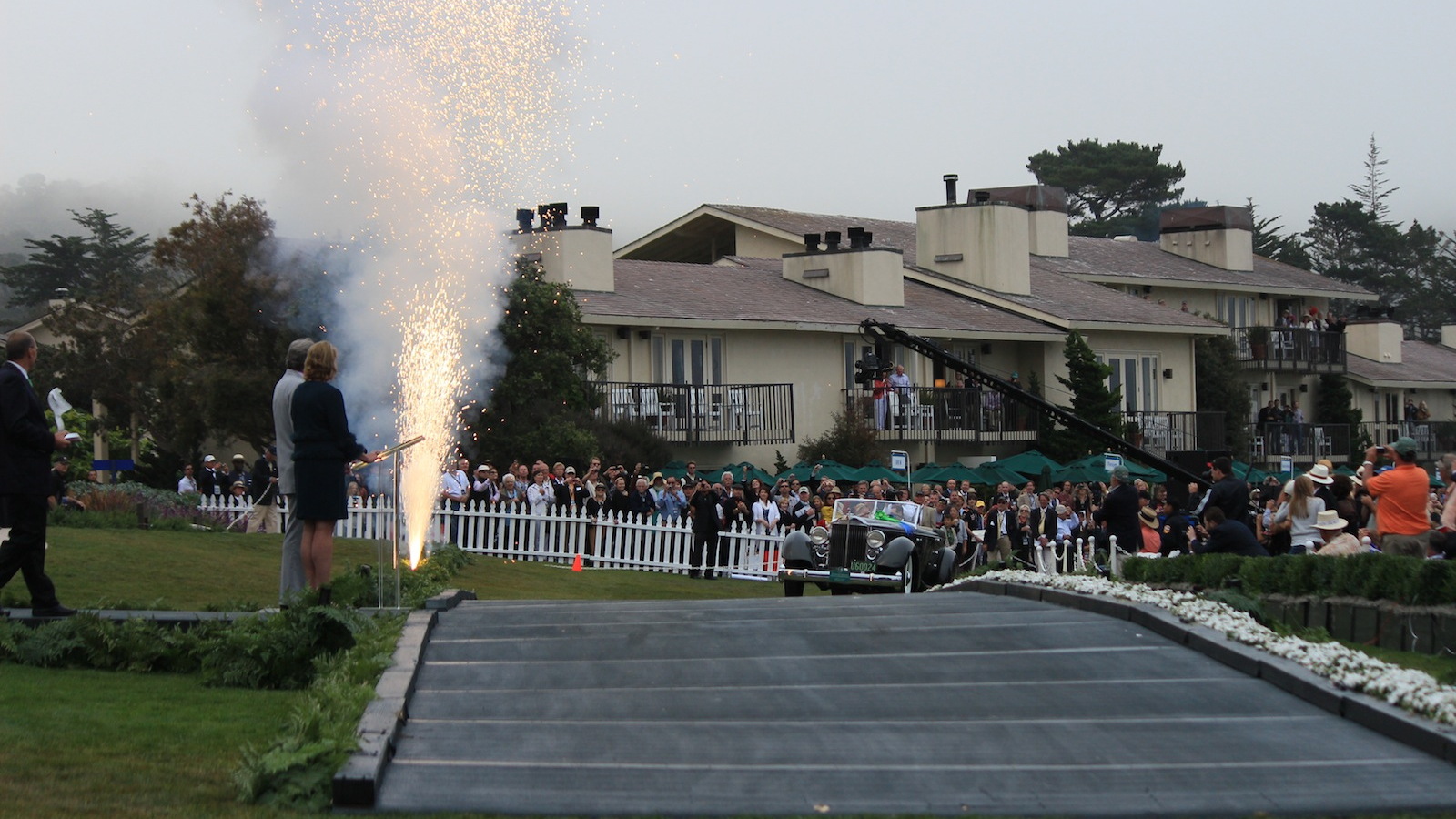 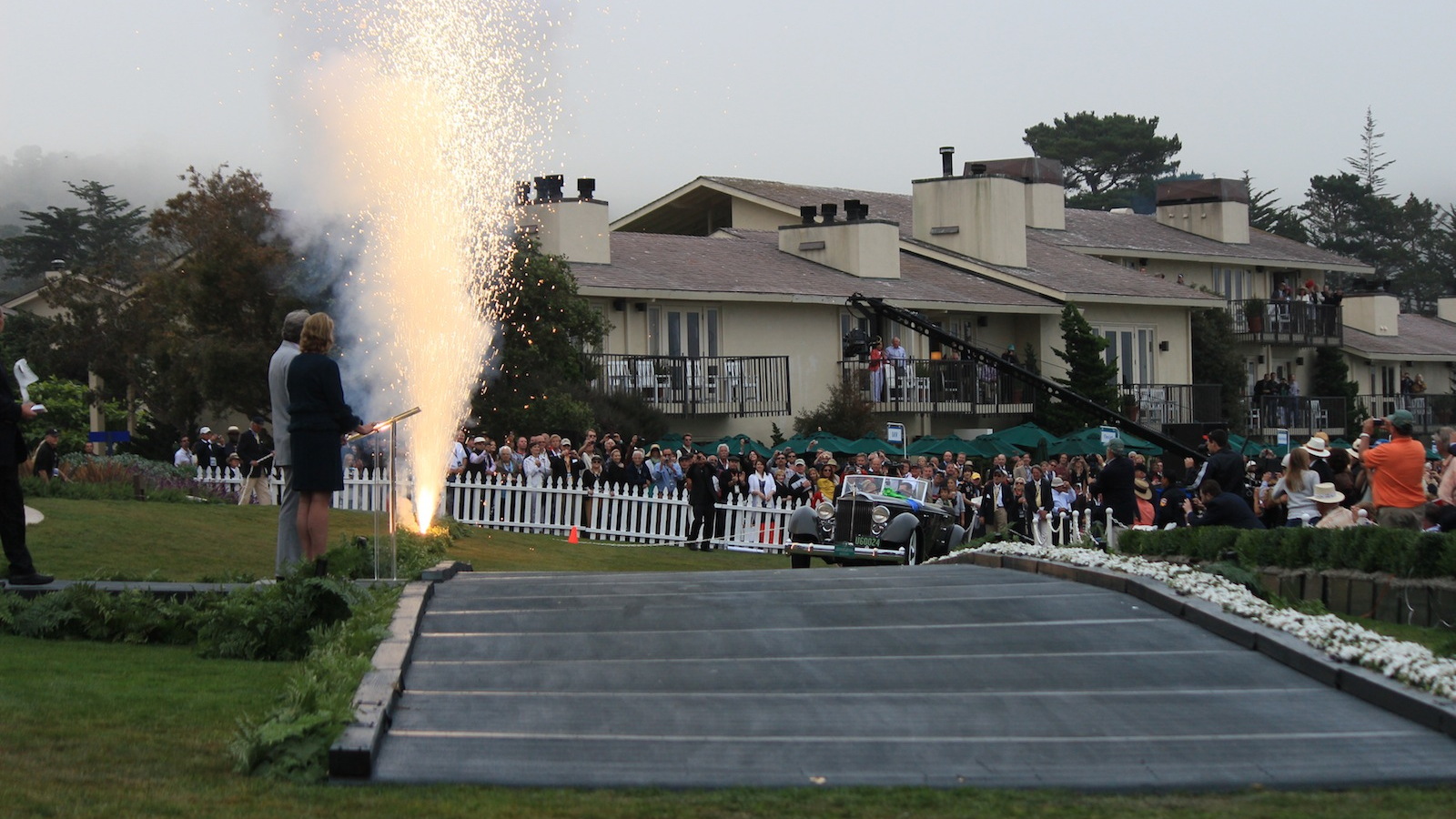 128
photos
If you've never been to the Pebble Beach Concours d'Elegance at the end of Monterey Car Week, you owe it to yourself to attend at least once. It's a car lover's Mecca, complete with daily rituals that draw everyone in the same direction.

Unfortunately that equates to a wheeled millipede of traffic within a 10-mile radius of 17 Mile Drive, but fortunately, much of that traffic is as gawk-worthy as the cars on the fairway of the concours itself.

This year's concours saw Lincoln and Porsche among the featured marques, and while both brought their best hardware, as is often the case, an obscure custom car won the Best of Show award: a 1934 Packard 1108 Twelve Dietrich Convertible Victoria owned by Joseph Cassini. It's Cassini's second overall win at Pebble.

That's no small feat, and nothing to scoff at. But we found ourselves drawn more to the fine flock of Porsches crossing the stage, including the 1963 901 prototype that started a little line of cars known as the 911.

A racing Carrera RS rolled across with its own trophy, and quite possibly the best exhaust note of any of the cars to do so.

Whatever your preference in fine automotive display ware, however, it's undeniable that Car Week and the Concours are sheer overload for those of us with petroleum distillates and aromatic hydrocarbons where in place of blood and oxygen. If you love it, you can find it here--but only if you add your own set of legs to the tin-topped millipede.

Browse the gallery above for a look at most of this year's trophy winners, including the Best of Show Cassini Packard. For all of our coverage of this year's peninsular motoring festival, visit our Pebble Beach Concours page.