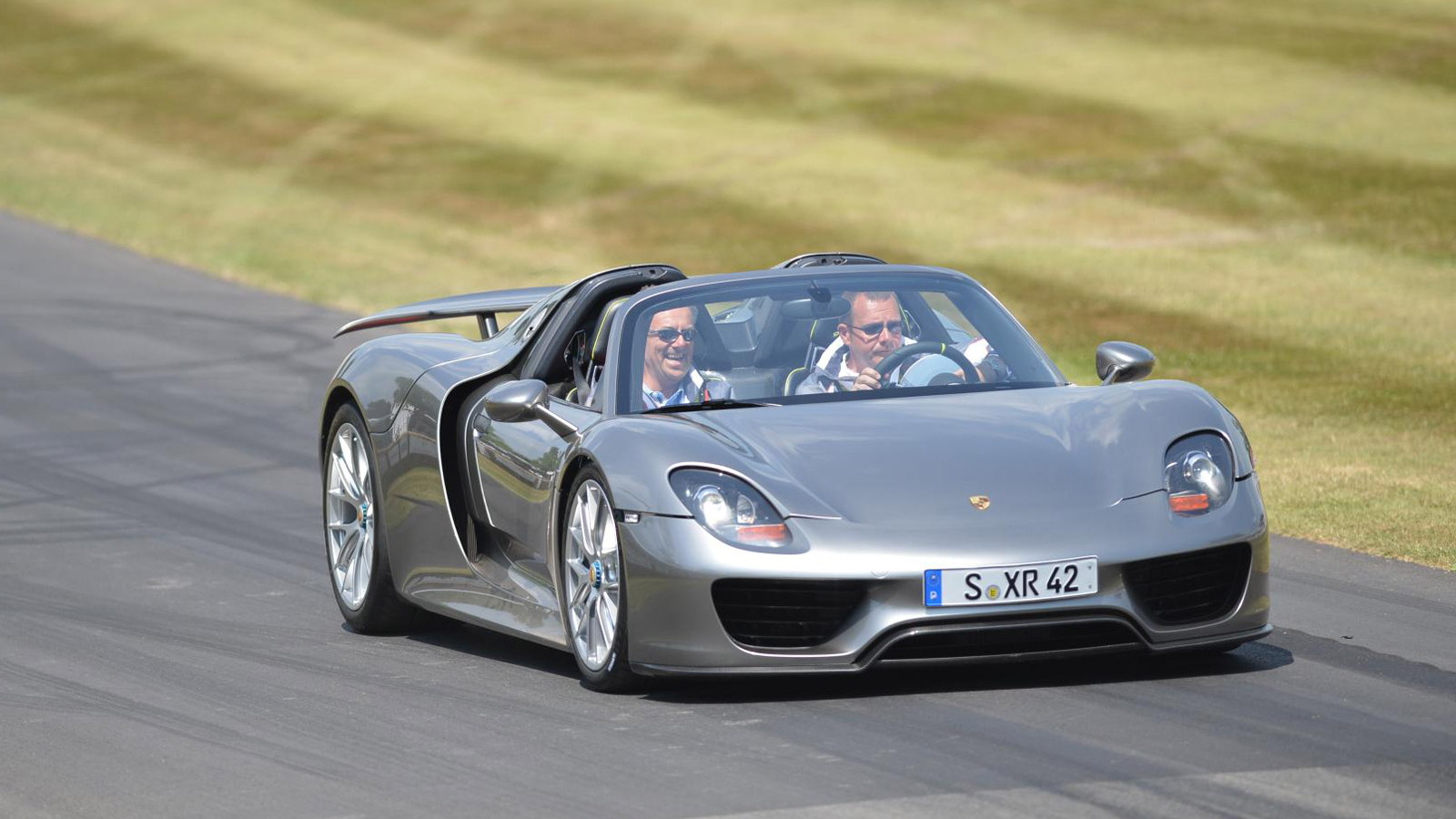 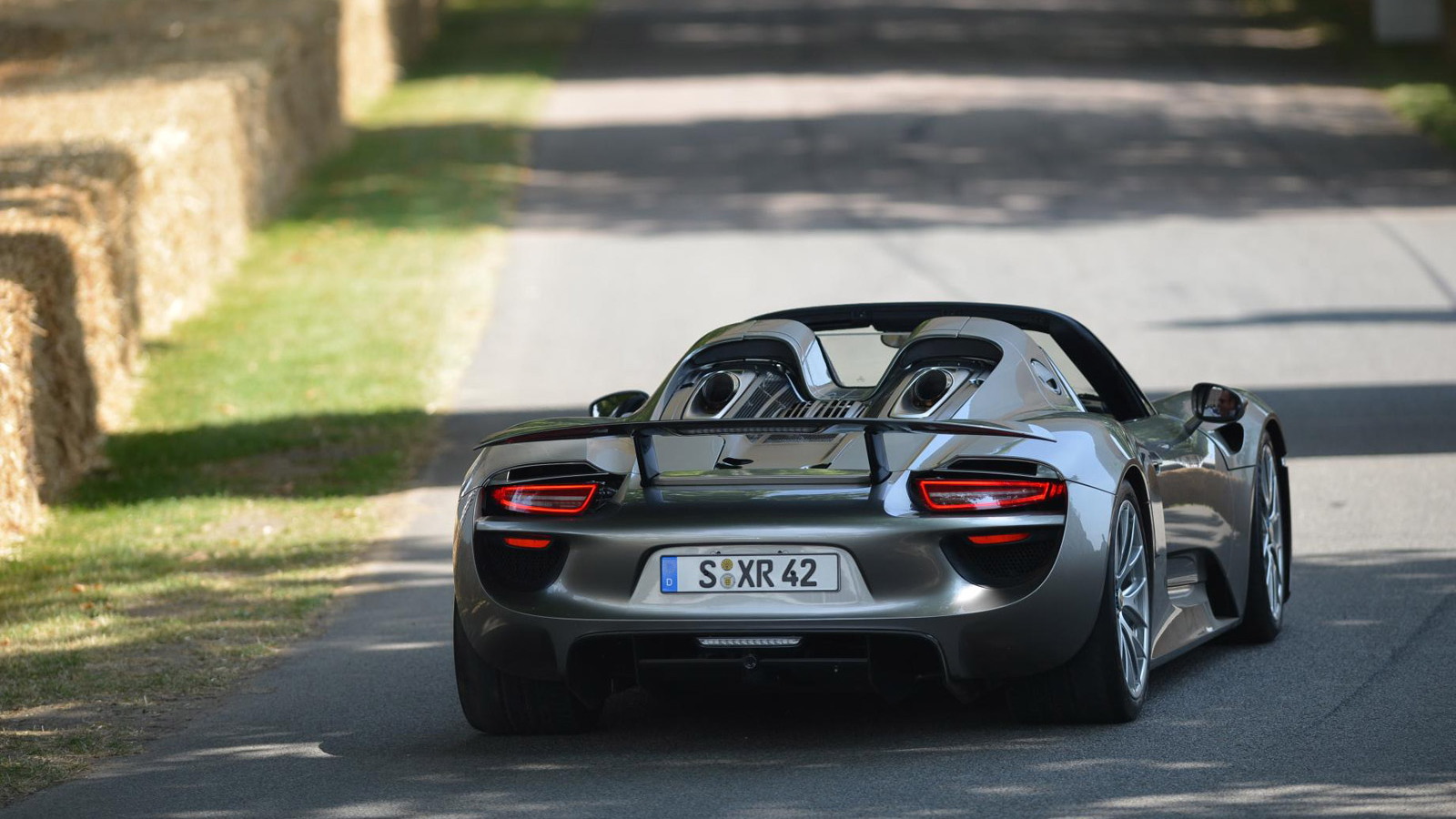 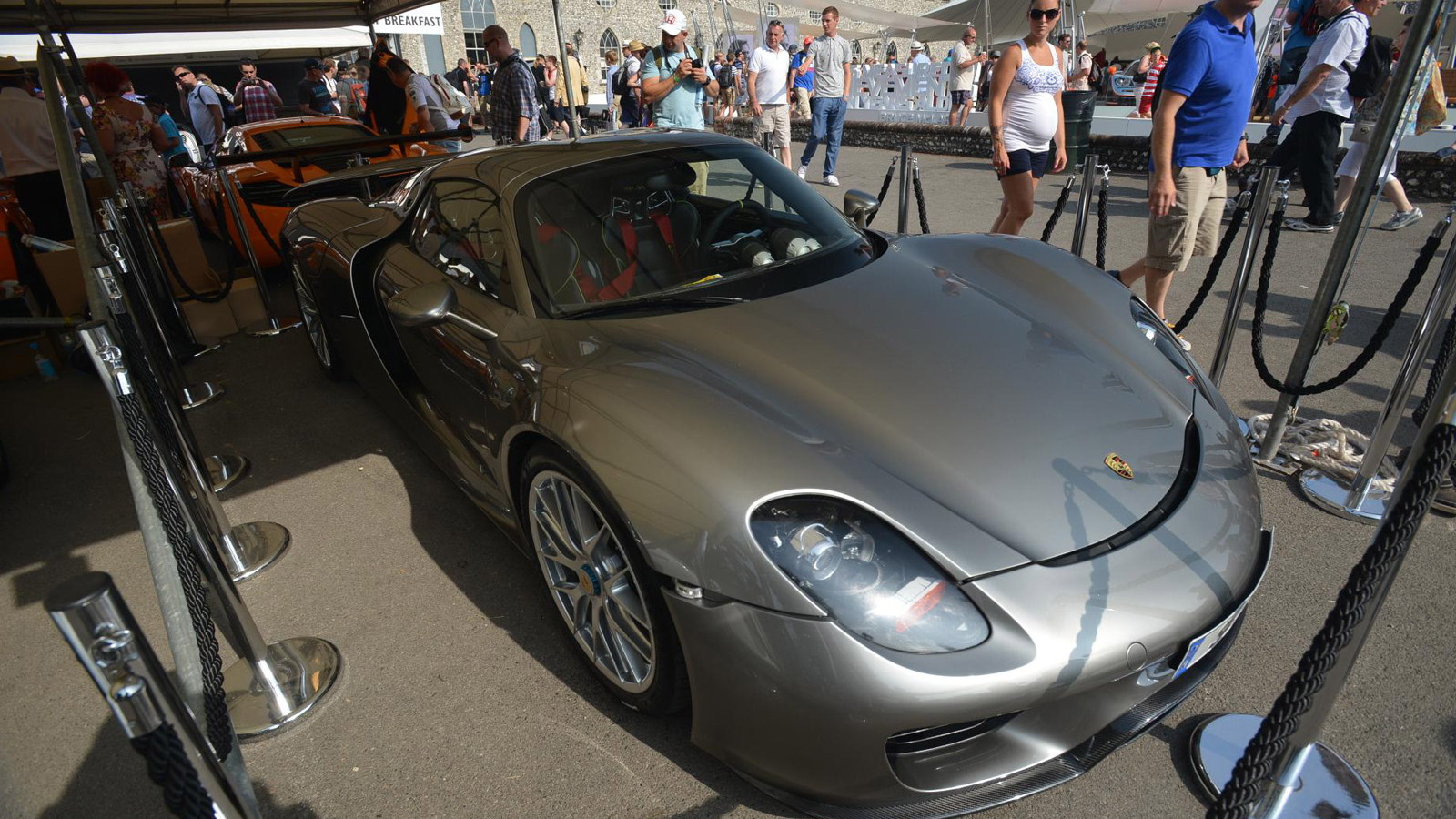 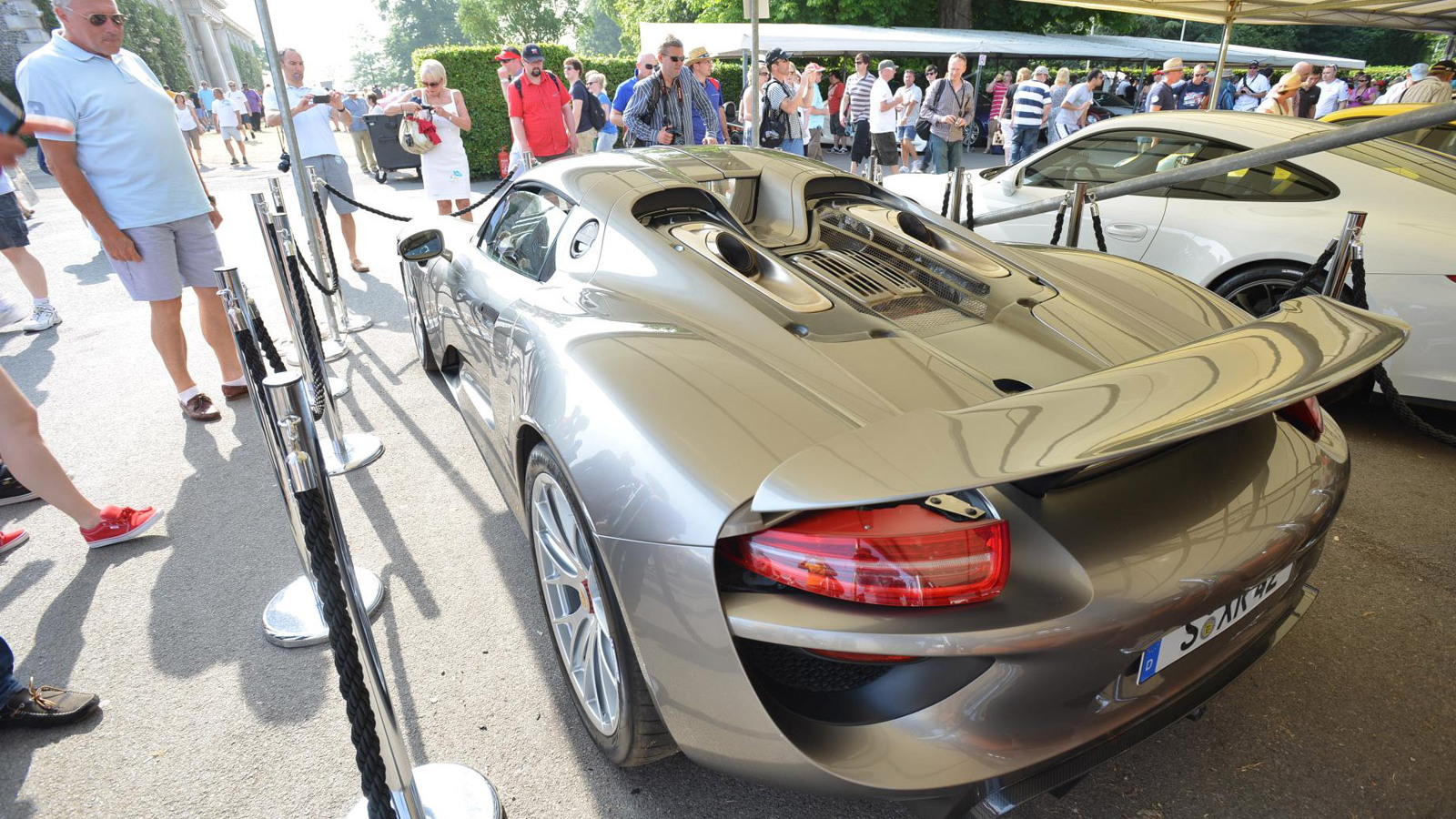 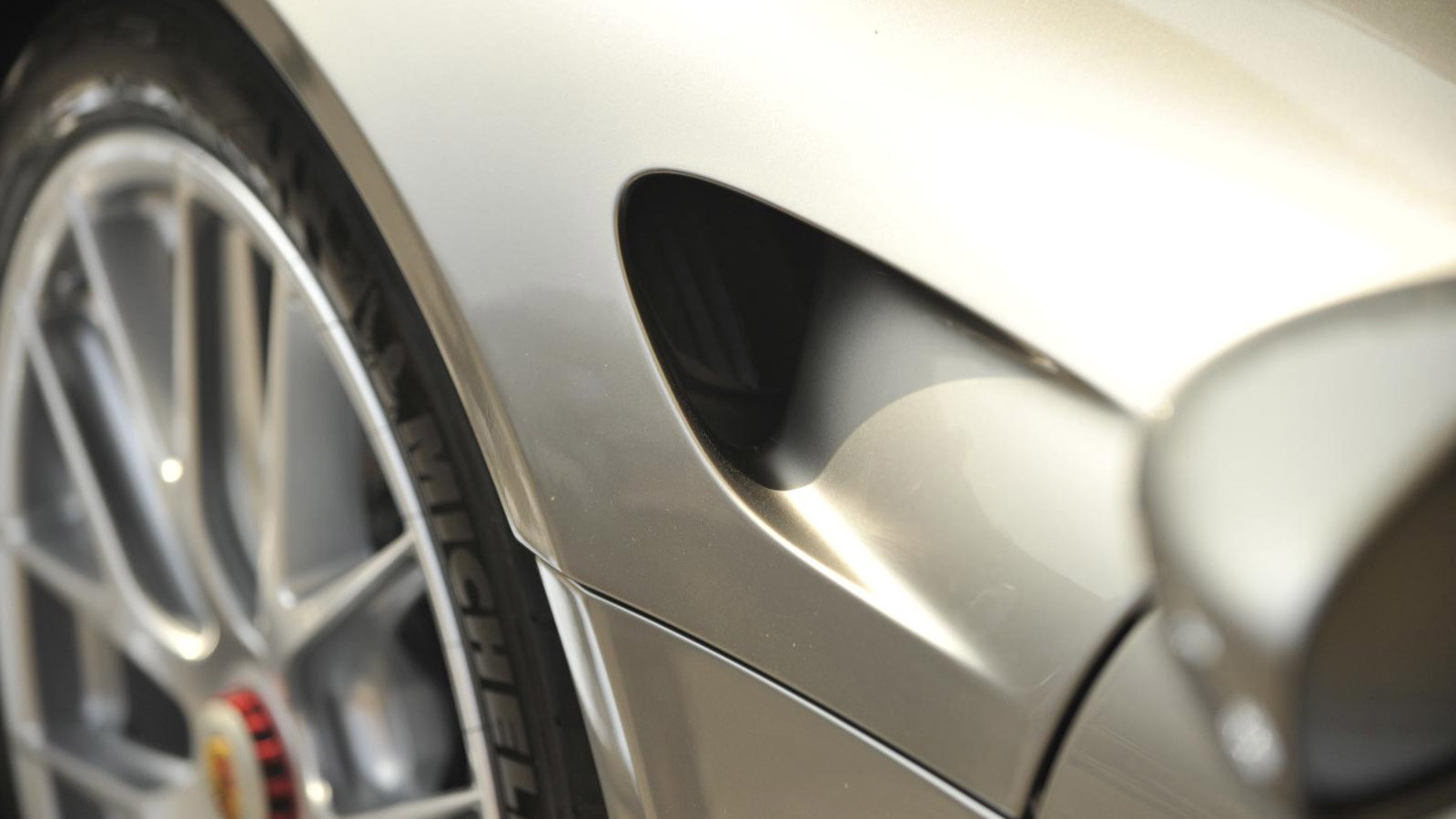 9
photos
Porsche’s 918 Spyder, now with an output of 887 horsepower and 940 pound-feet of torque, made its dynamic debut over the weekend at the 2013 Goodwood Festival of Speed, providing a fascinating insight to the performance potential of its advanced hybrid drivetrain.

The car’s specifications have been locked in ahead of its production start date on September 18, 2013, and the first examples are expected to be delivered to customers early in the new year. The last we heard, Porsche hadn’t sold all 918 build slots for the car, so if you happen to have a spare $845,000 you can still own one.

That means we still have some time to wait until independent tests are in, but at the moment the 918 Spyder is expected to reach 62 mph from rest in just 2.8 seconds, pass 124 mph in 7.9 seconds and hit 186 mph in 23 seconds. We’re guessing Porsche is underquoting some of those figures as similarly-powered rivals like the McLaren P1 will hit 186 mph in just 17 seconds while the Ferrari LaFerrari is claimed to do it in around 15 seconds. Top speed is listed as 211 mph.

Even amongst all of the other supercars present at the the Goodwood Festival of Speed, an annual celebration of all things fast held on the grounds of Goodwood House in the U.K., Porsche’s 918 Spyder stood out as one of the highlights.

Porsche proclaims the 918 Spyder embodies the essence of the famous sports car brand, combining racing technology and maximum performance with everyday usability and efficiency. Importantly, Porsche says the 918 Spyder also provides the “gene pool” for its future models, so expect more hybrid technology, lightweight construction and advanced traction systems to filter across to other sports cars in the Porsche lineup.

Key to the car’s performance is a plug-in hybrid system, just like that found in the aforementioned P1. However, a much bigger battery in the Porsche means the electric driving range is a substantial 18 miles. Unfortunately, this battery means the 918 Spyder tips the scales at 3,715 pounds (an available ‘Weissach’ package brings that figure down to 3,616 pounds), whereas its rivals weigh less than 3,000 pounds.

For more on the car, hit up our in-depth post, and for more from the 2013 Goodwood Festival of Speed, click here.