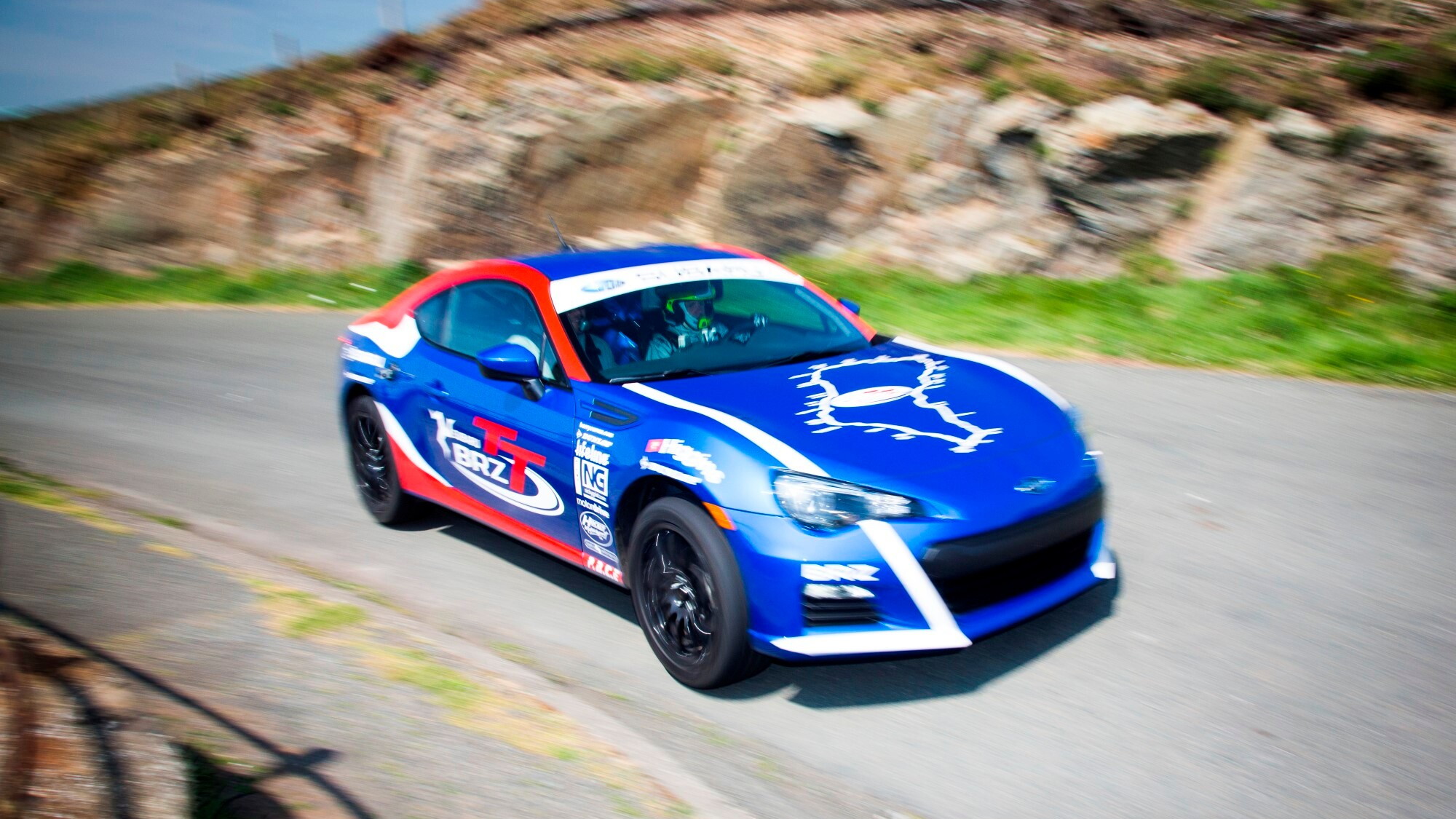 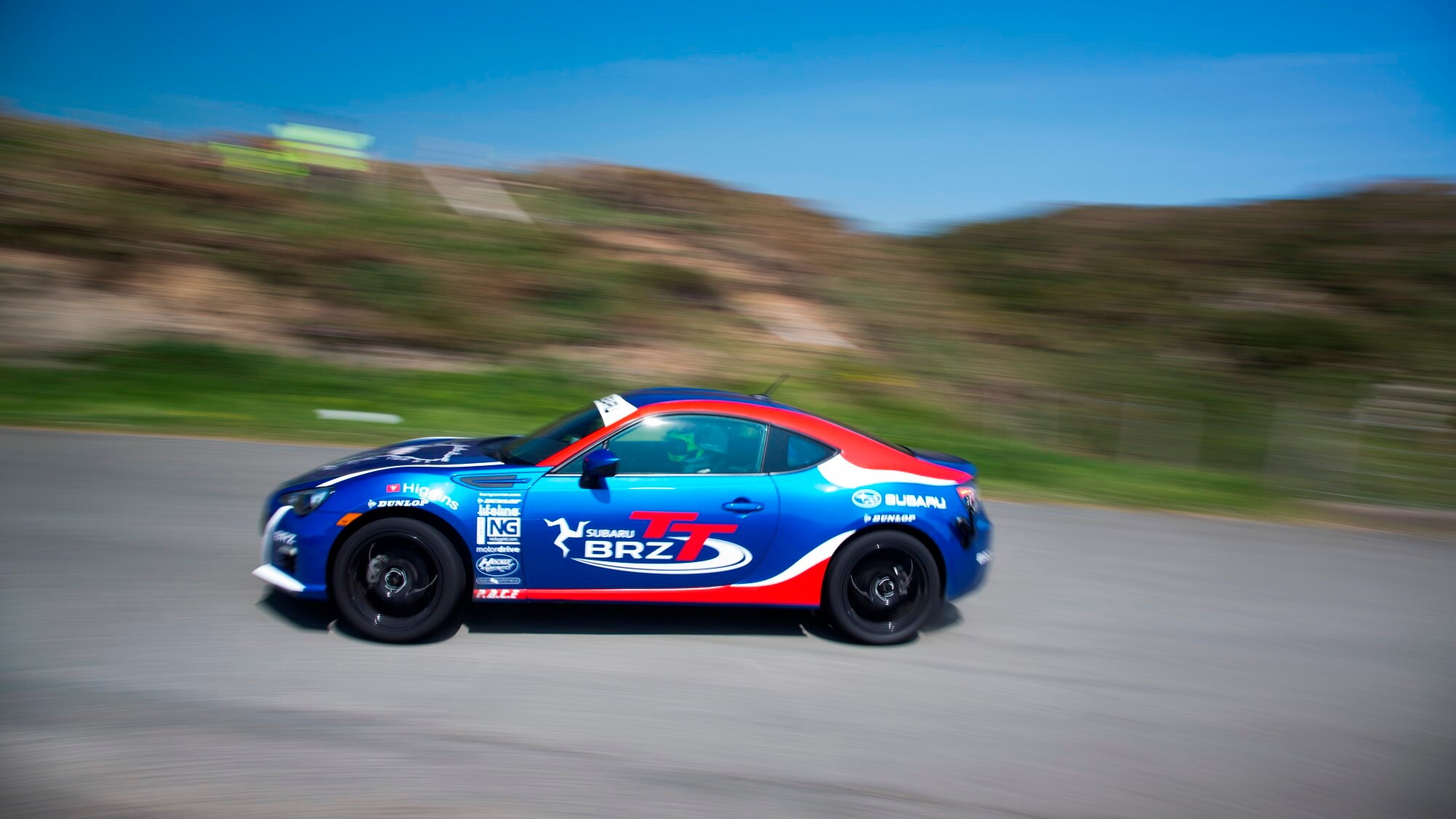 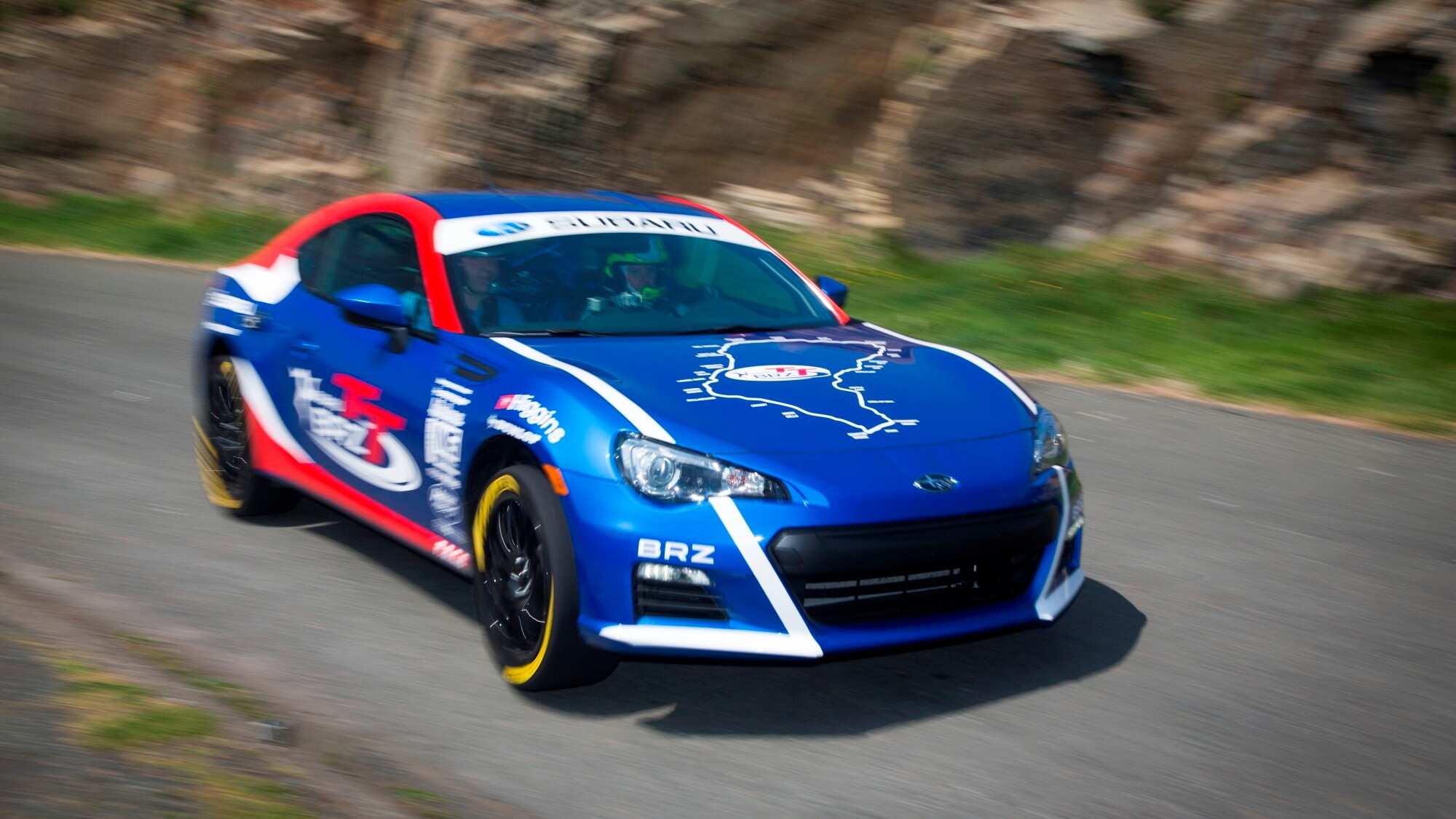 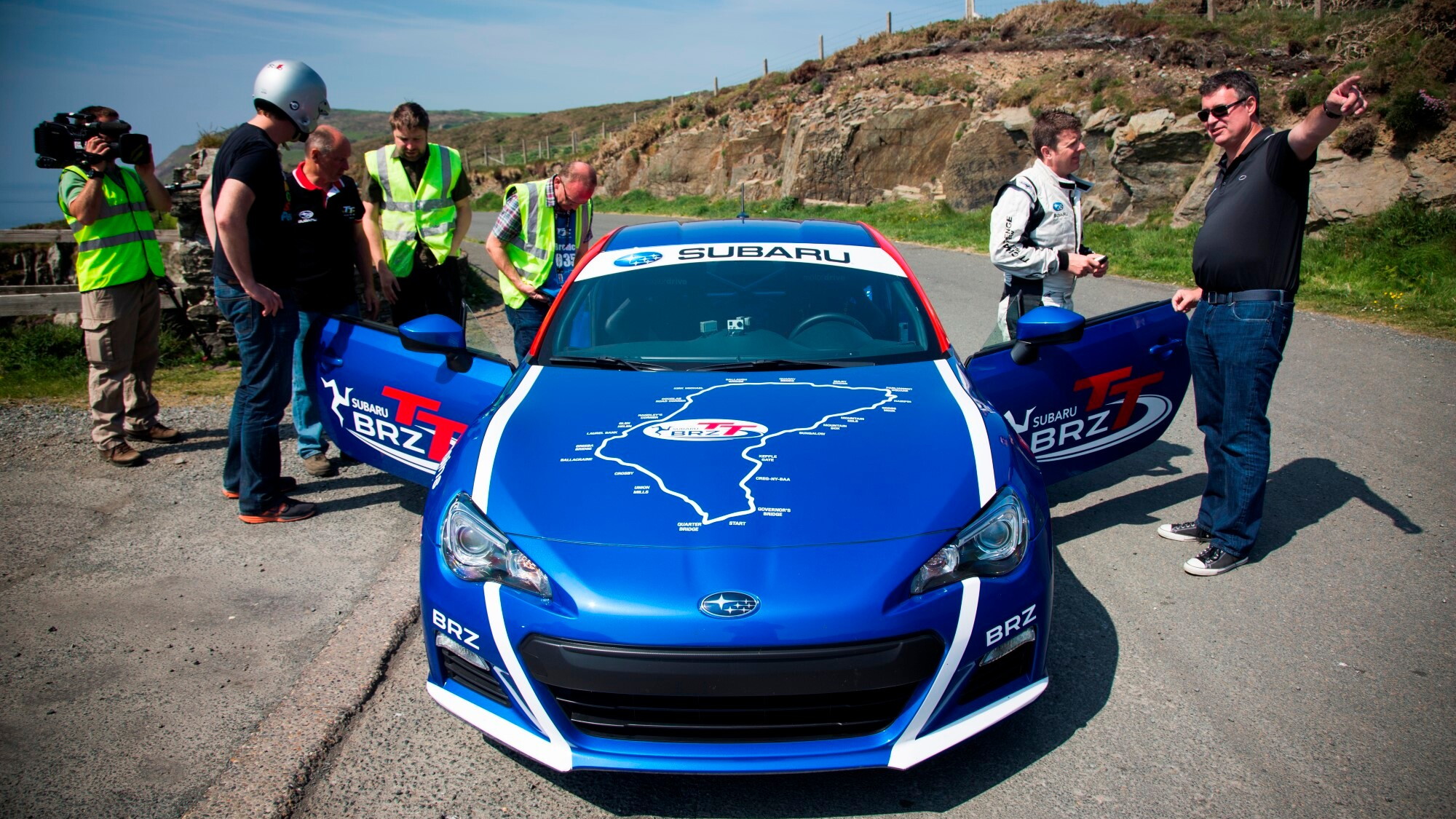 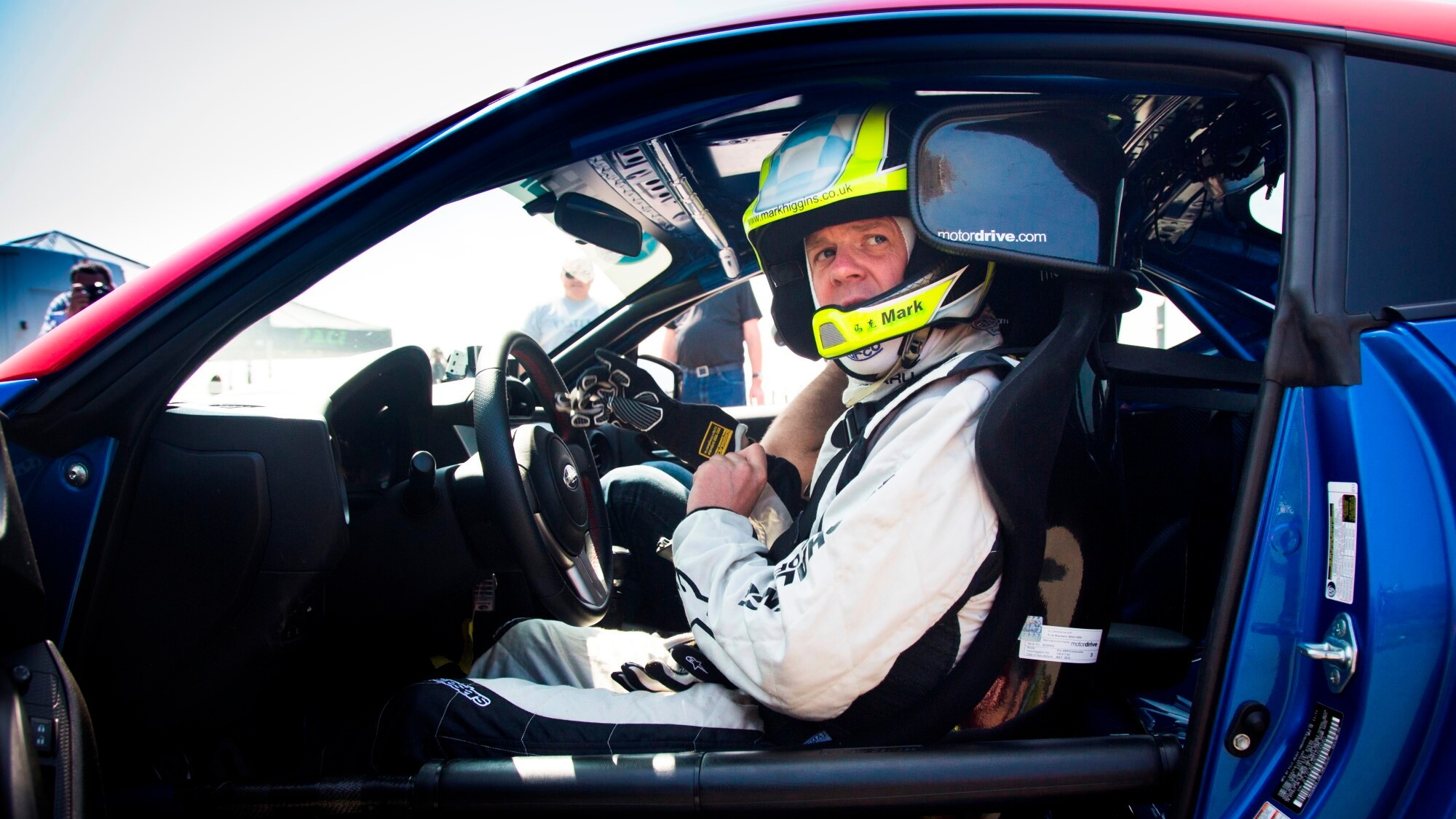 23
photos
Danger, difficulty, and death: these mark the history of the Isle of Man Tourist Trophy, or TT. But these are not its defining features, or at least not the only ones.

In fact, as we noted in our goodbye to the Subaru WRX STI and in our look at the isle's mitochondrial love of motorsports, the real defining feature of the Manx is their pure enjoyment of life and all of its speed-related possibilities.

Heading back to the Isle of Man for another sprint around the closed course on race day, it was easy to feel like there would be nothing new to see, and in truth, there wasn't--breathtaking set of vistas, runs by world-class riders, and legions of energetic fans are standard--but that's not how it felt.

Over the 37.7-mile course, more than 200 corners challenge the pilot attempting to navigate its winding, often treacherous route. At the wheel of the 2013 Subaru BRZ for a scheduled half lap, I was once again thrilled and terrified.

But like any genuinely good sports car, the BRZ proved more than able, even when my own lack of familiarity with the circuit and the brisk pace set by rally driver Mark Higgins combined to get me into a corner 10 or 12 mph too hot and a few feet inside the ideal line at turn-in. Progressive, mild understeer grew into neutrality while gradually trailing from the brake. Patient hands and eyes down the road allowed a return to throttle and a resumption of the lap without even a real scare--and without a noticeable gap to the drivers ahead.

That, in a nutshell, is why I've sung the BRZ's praises so much: Even after a mistake in reading the course (or the road), proper reactions and technique can make the BRZ respond as it should, not as some lawyer-engineer team back in an ECU development lab think it should. It's entirely within your control--for better or worse.

The same could be said of the WRX STI we also flogged around the Isle of Man, though it lacks the balance and lightweight catchability of the BRZ. Multiplied by an order of magnitude, the same could be said, too, of the rally-prepped BRZ driven by Mark Higgins in exhibition laps along a coastline cliff face the next day.

Ultimately, whatever the circumstances or prep level, the inherent combination of control, balance, and finesse in the Subaru BRZ's character--despite lacking any one standout attribute like steering feel or power--continue to make it an incredible enthusiast experience for the $25,495 starting price.

Don't think about it--just drive it.

Subaru provided airfare, lodging, and meals to enable High Gear Media to bring you this report.