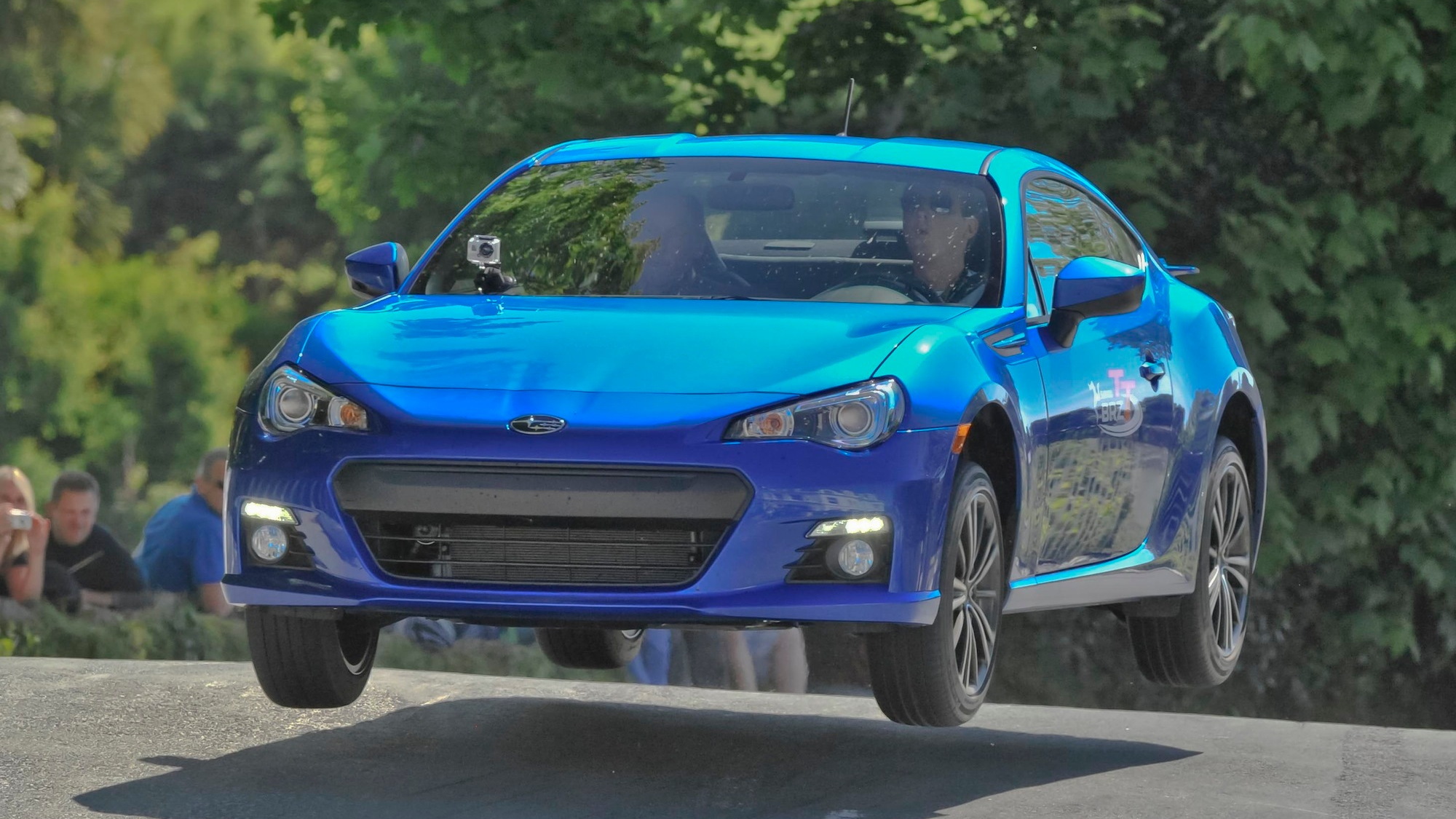 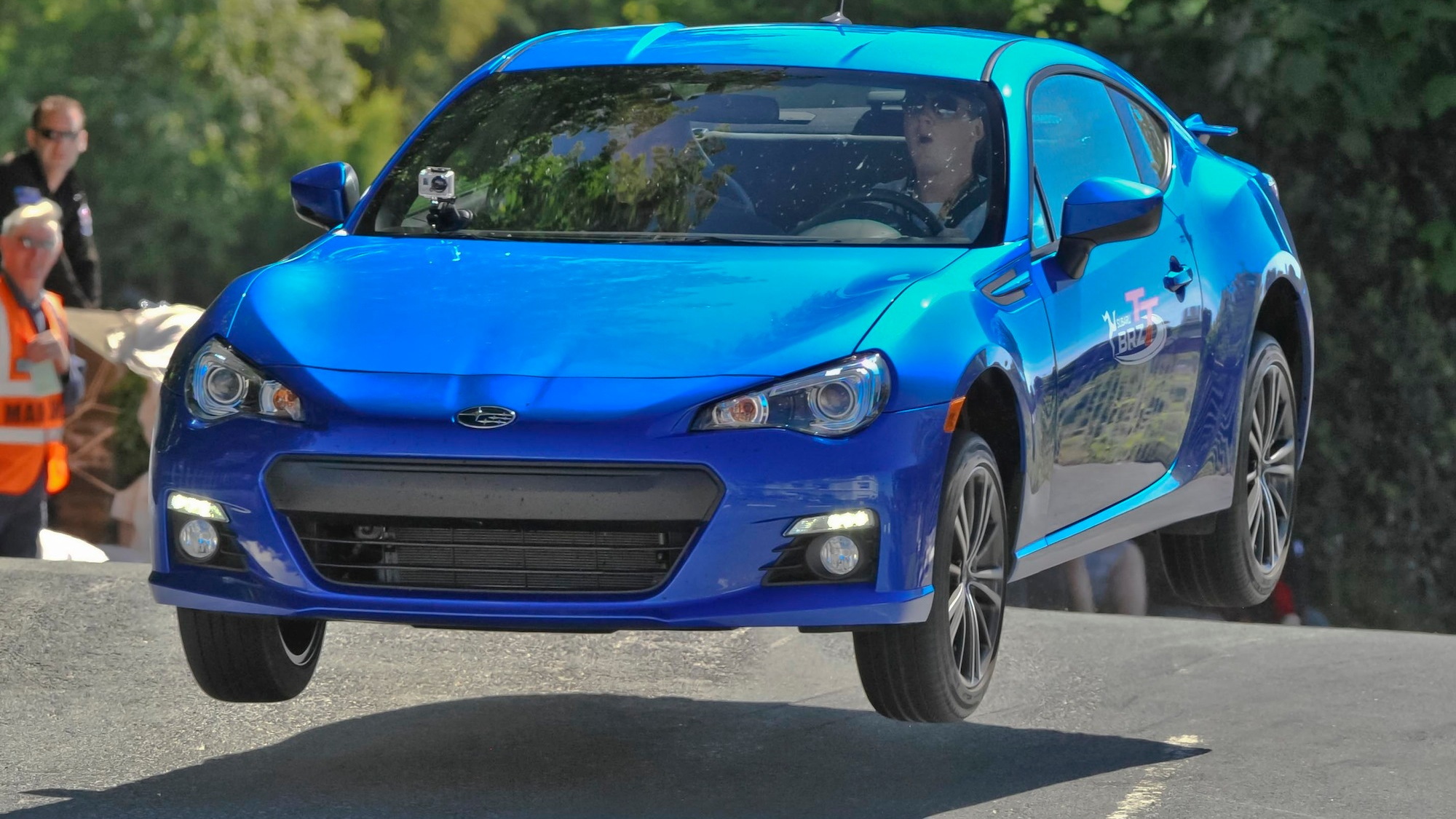 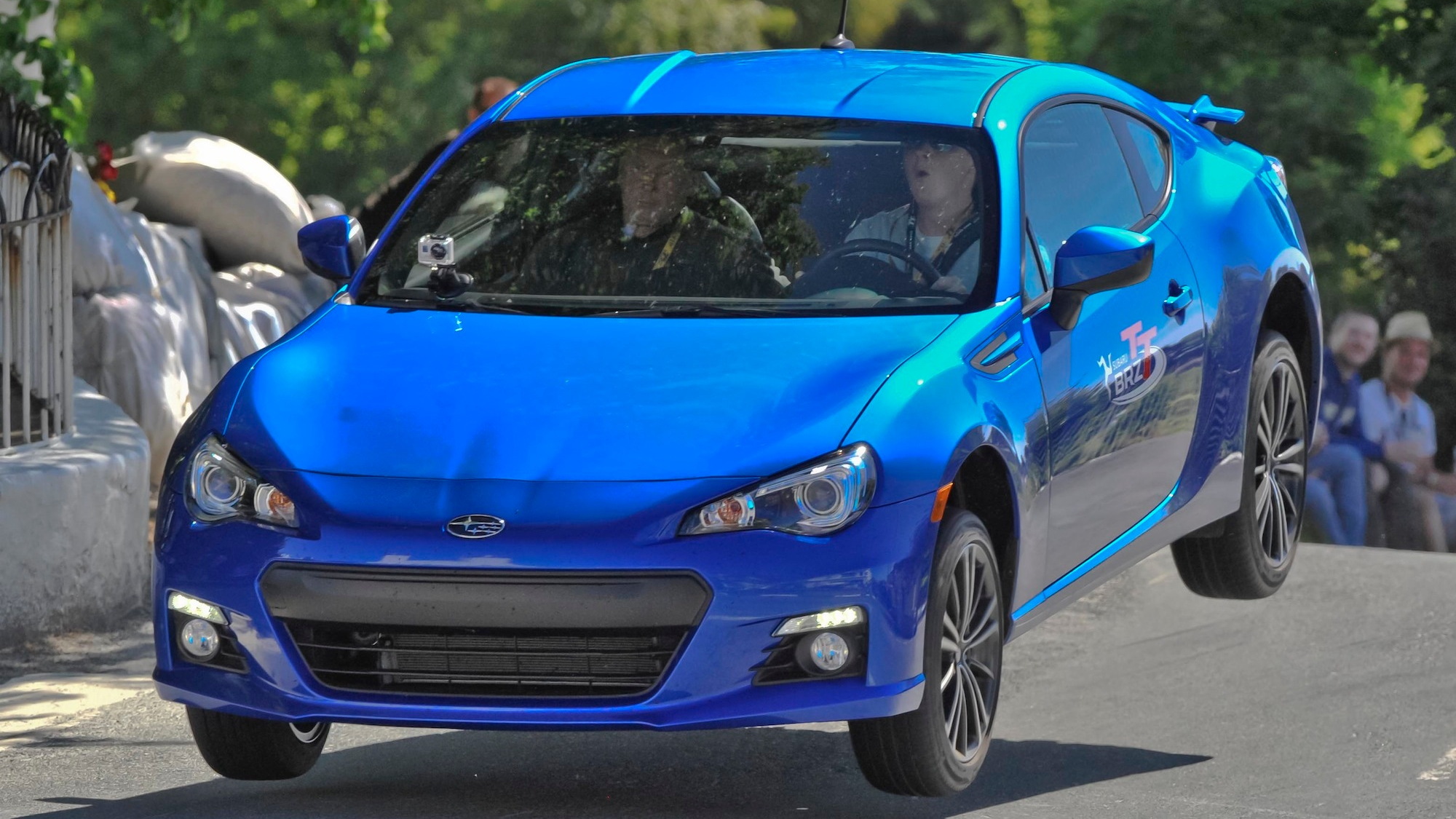 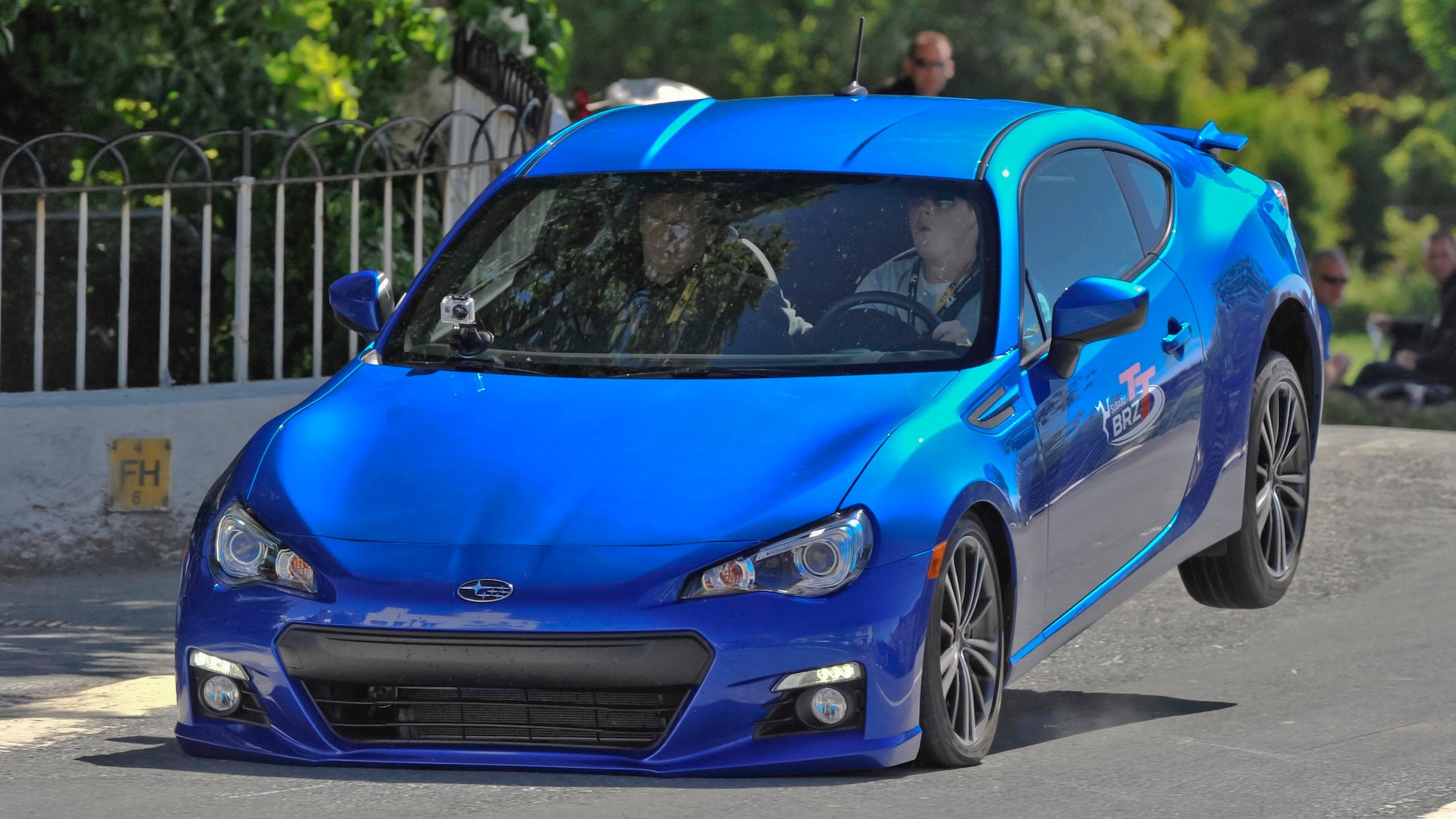 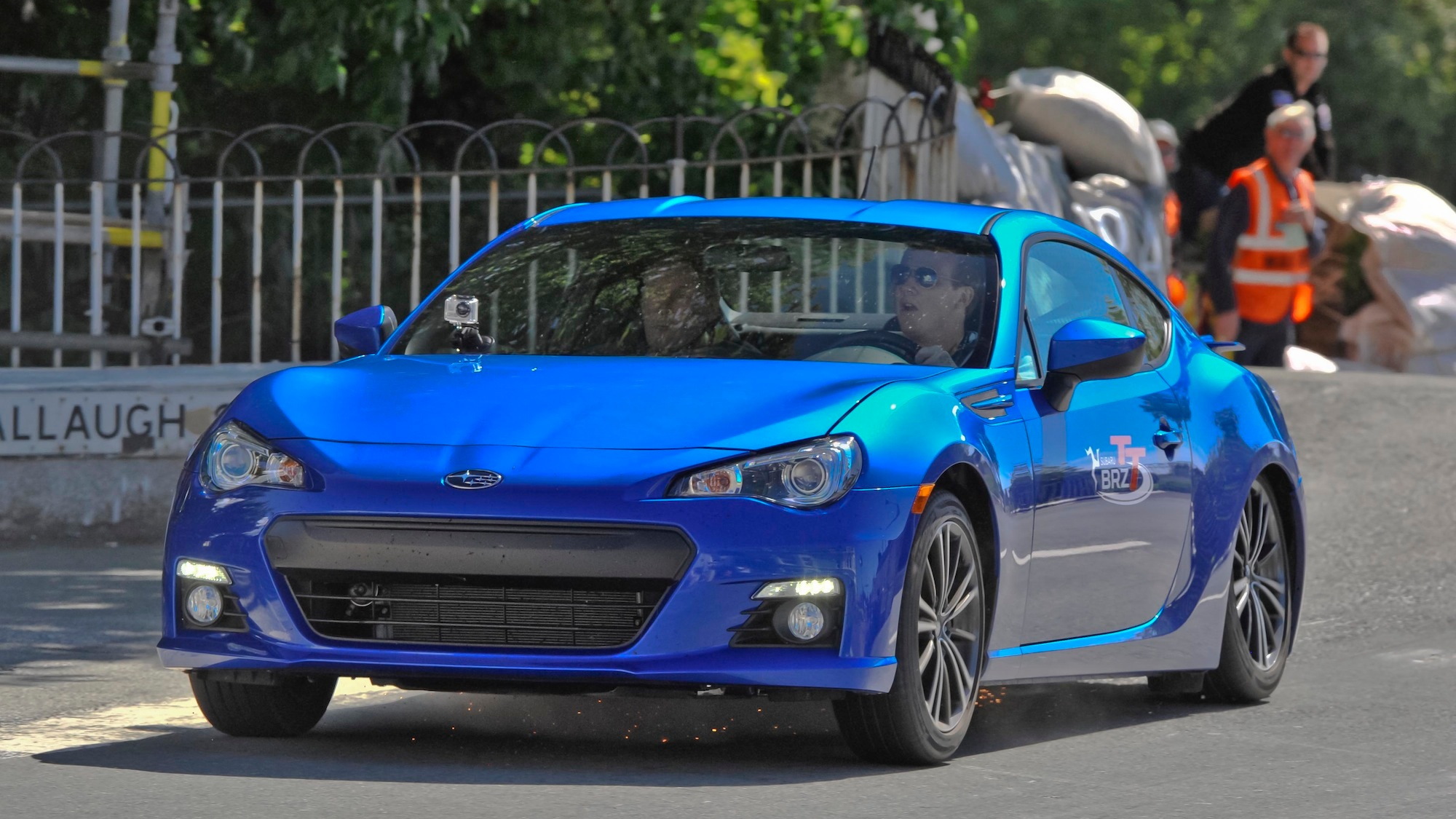 18
photos
There are a thousand reasons to love the Subaru BRZ. From its historical (though factually very minimal) relation to the beloved AE86, to the fact that it's one of the lightest sport coupes sold today, to its innately balanced handling, or even its sleek, sporty looks, the 2013 Subaru BRZ ticks almost all of our boxes when it comes to cars we'd like to own ourselves.

In fact, the BRZ is probably the most fun per dollar you can buy at the moment--aside, perhaps, from the equally fun and slightly less-expensive Scion FR-S (also a nominee  for our Best Car To Buy 2013 award).

A willing, if not especially powerful or torquey, flat four-cylinder engine provides the soundtrack, and while it's not quite symphonic, it is unhinged enough to enjoy--specially in the last 1,500 rpm of the tachometer.

It's the handling, especially the cornering, where the BRZ really sings. Shod with European performance-package Prius tires (no, really), there's not an abundance of ultimate grip, but that's a good thing--the most fun happens just at the limits of adhesion, and with these tires, that limit is low enough to access almost anywhere, at non-life-threatening speeds.

Turn in is crisp and responsive; steering is light and communicative, though not as feedback-laden as we'd like. But once you turn in, set the car against its minimal body roll, and start sliding, ever so slightly (or a whole lot, if the mood grabs you), the control you'll have over the BRZ is nothing short of excellent, whether you're driving city streets, dicing it up on the track, or hurtling over jumps on the Isle of Man TT course.

Aside from the genuine fun to be had in the 2013 BRZ, there's the value. Running between about $26,000 and $29,000 depending on options, it's not quite budget-priced, but it's not far off. For the same money, you can't find a new car that offers the same level of fine-tuned rear-drive control.

But that low price tag means it's not at all a luxury car, and here at Motor Authority, we prefer cars that strike some balance between the two, at least when we're not at the track.

The BRZ won't disappoint too much on this front, however, with materials and styling that are at once minimalist and sporty without seeming cheap. The front seats are comfortable with plenty of room even for tall drivers, and the back seats can host passengers up to six feet tall if they don't mind a bit of squeezing. Combine that with the reasonably-sized trunk, and you have a practical car you drive every day, not just on Sundays, and not just at the track.

This combination of affordable, useful, and flat-out fun is rare these days, and that's why it deserves a spot on our Best Car To Buy 2013 short list. Can this value proposition hold up against much less limited cars like the SRT Viper or Porsche Boxster--or even its own twin, the Scion FR-S? Check back on Monday, December 10th to see which will win our Best Car To Buy award.